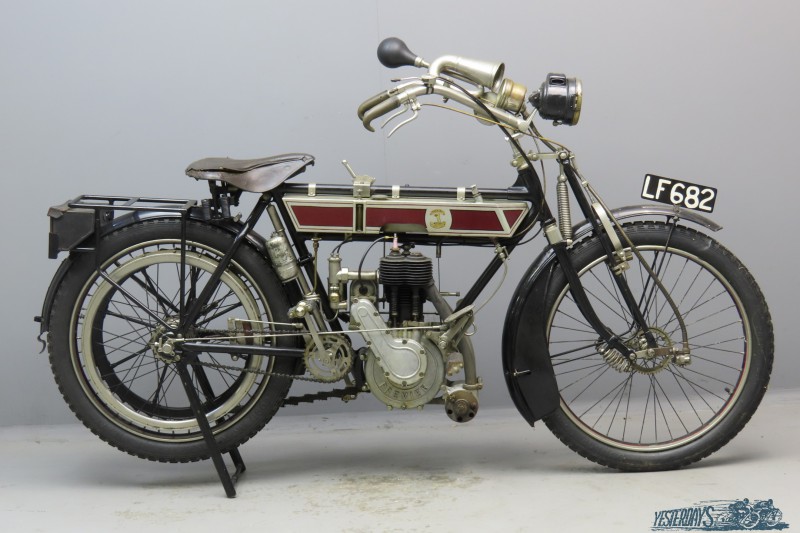 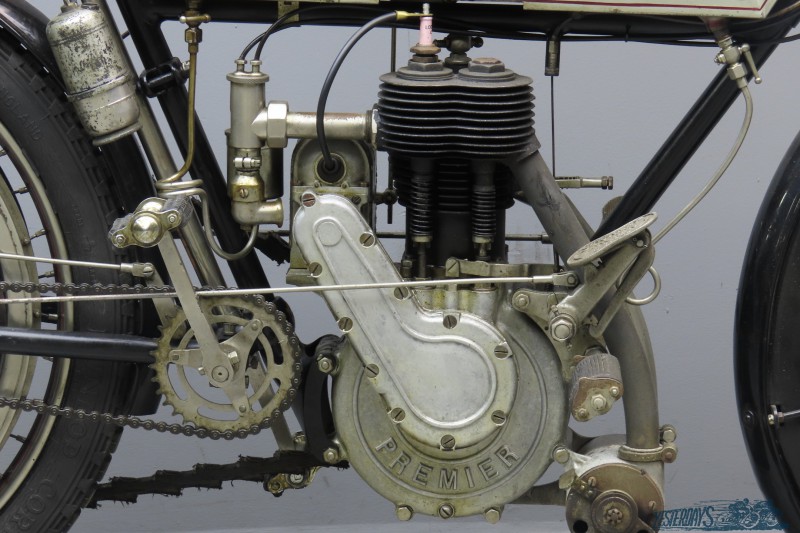 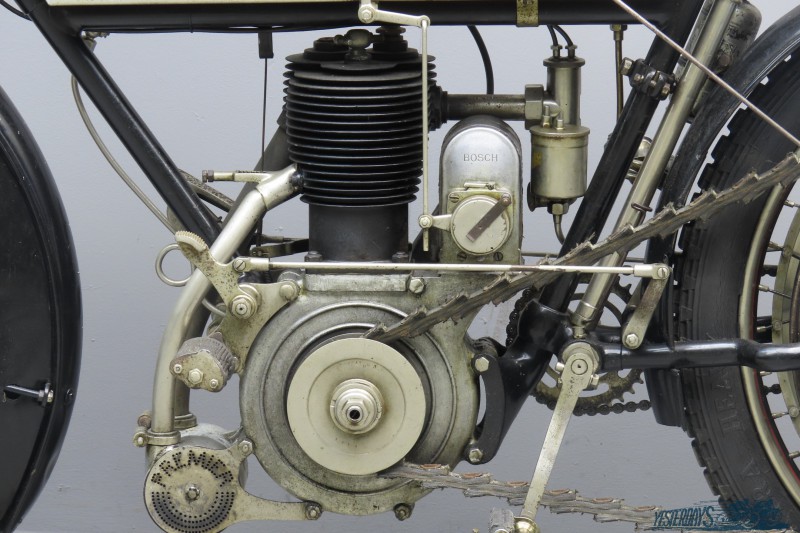 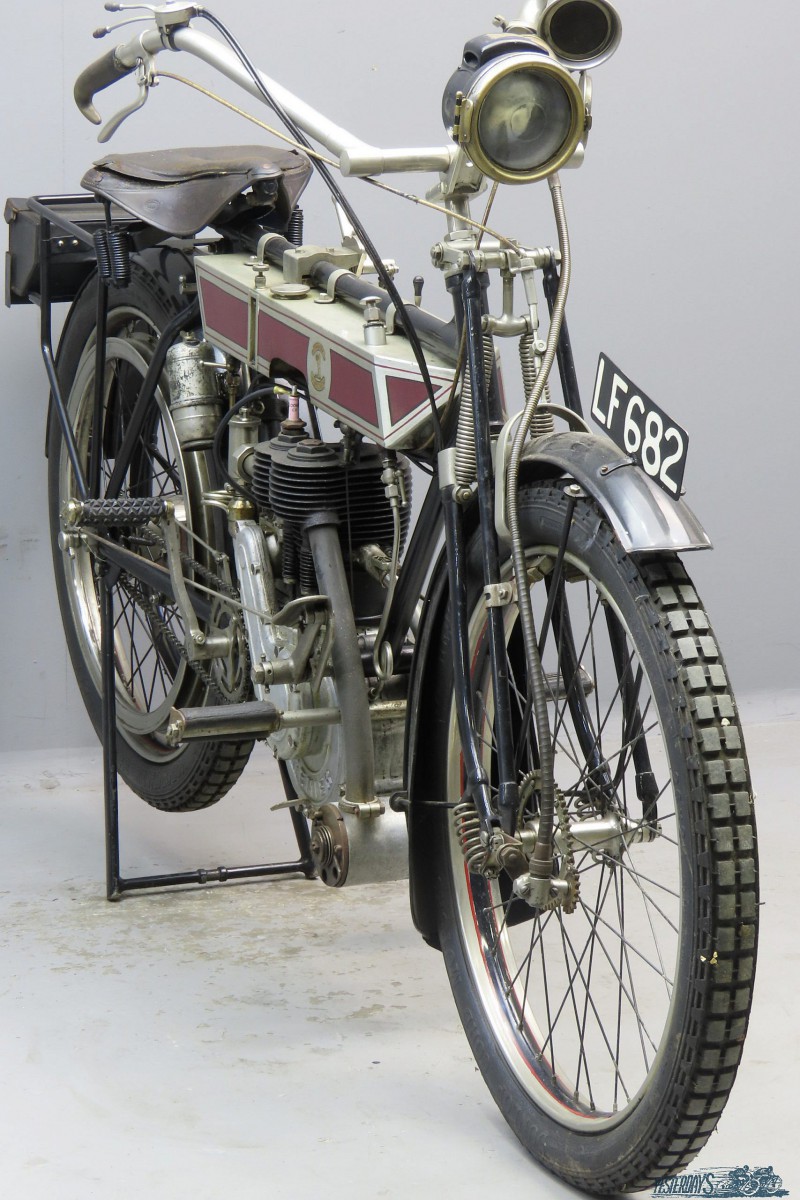 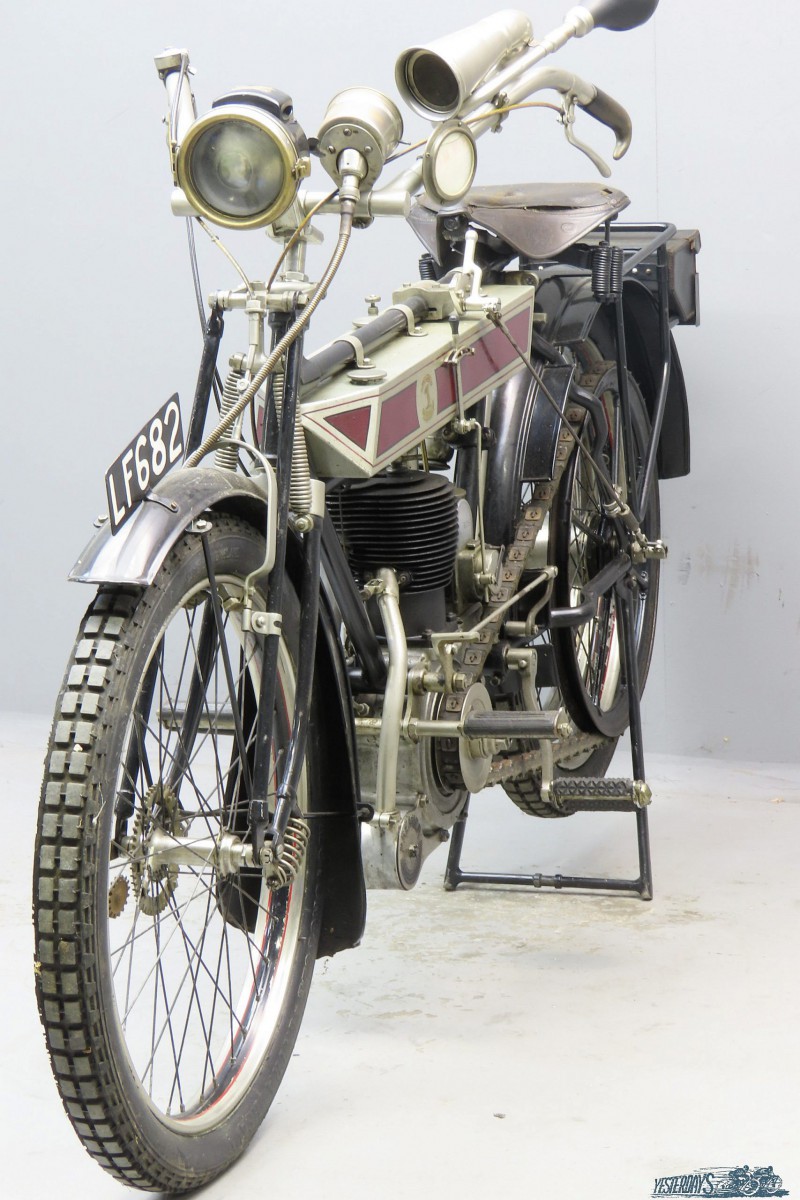 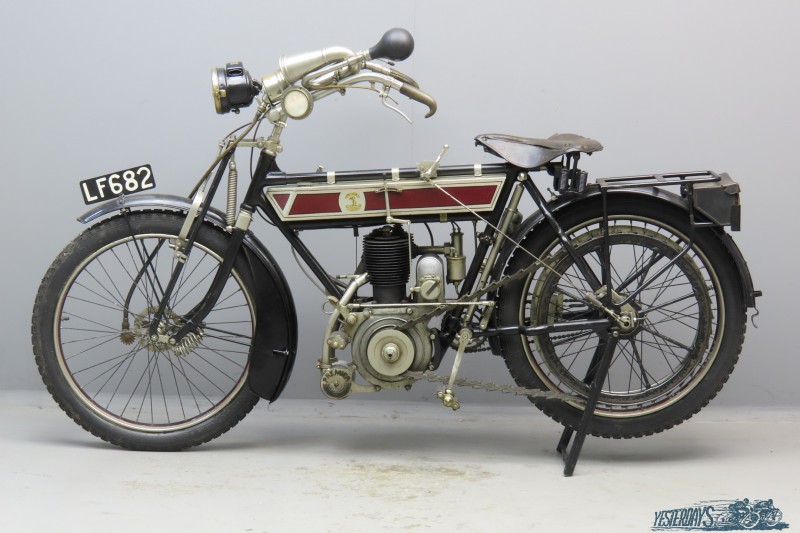 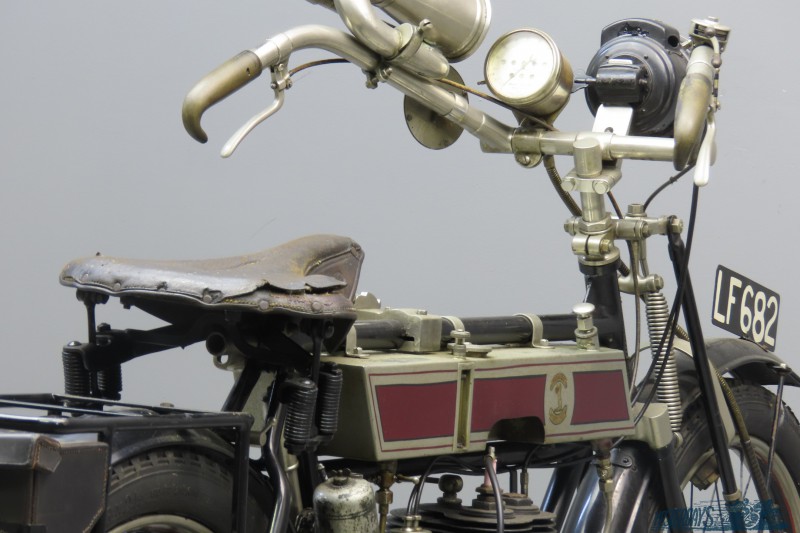 The firm of Hillman, Herbert and Cooper changed their name in “Premier Cycle Company ”in 1891. Before that year bicycles had already been produced, and also after 1891 this stayed their core business. In the early years of bicycle production the firm had been very successful with a type of machine that bore the name “Kangaroo”. This kangaroo was retained as their trade mark and it would also become the badge on the petrol tank.
The first Premier motorcycle was introduced to the public at the Stanley Show in November 1908. It was equipped with a White & Poppe engine. In the course of 1909 a 548 cc V-twin was developed and put on the market, and early in 1910 a 499 cc single was brought out. At the end of 1911 a light model was introduced to the public. For the 1912 season no less than 14 models were marketed. After the Great War the company decided to stop motorcycle production and concentrated on a passenger three-wheeler. This was a commercial failure and the firm went bankrupt in the early twenties.
Note the elaborate front suspension system and the Auxiliary Exhaust Release. This was an extra valve in the lower part of the cylinder with the purpose to release the hottest exhaust gasses at an early stage. Thus the engine (and more particular the exhaust valve) would keep cooler and last longer. This quality machine comes complete with Pioneer Certificate and is a real practical veteran because of the (recently overhauled) Sturmey Archer 3 speed gear and clutch in the rear hub. She comes complete with Stewart motorcycle speedometer, Lucas “king’s Own” acetylene lighting, tyre pump and bulb horn.