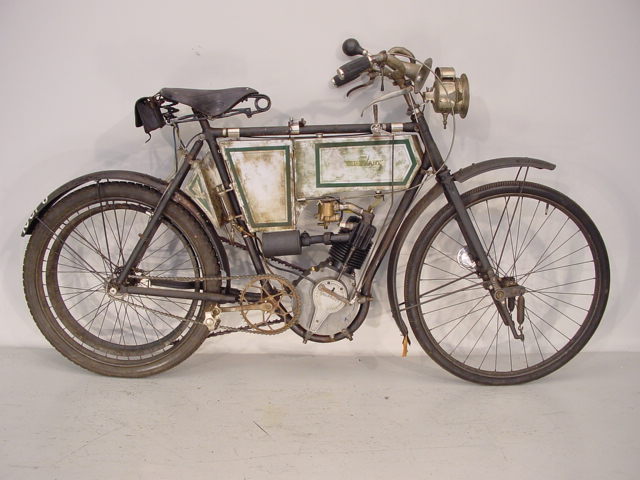 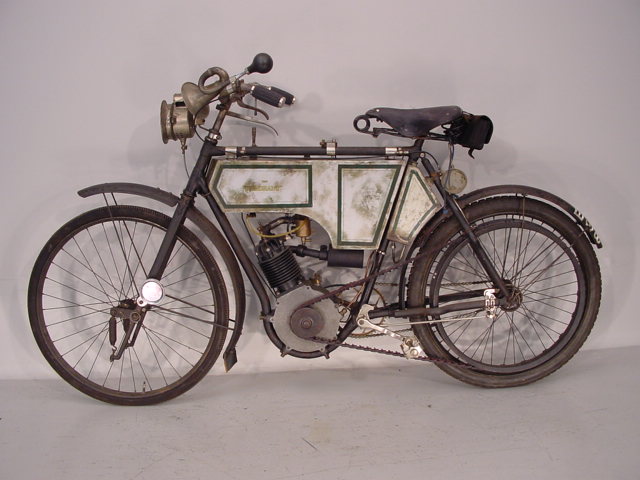 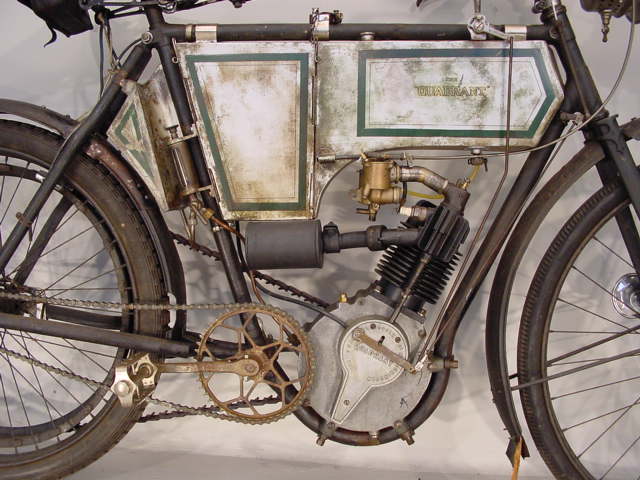 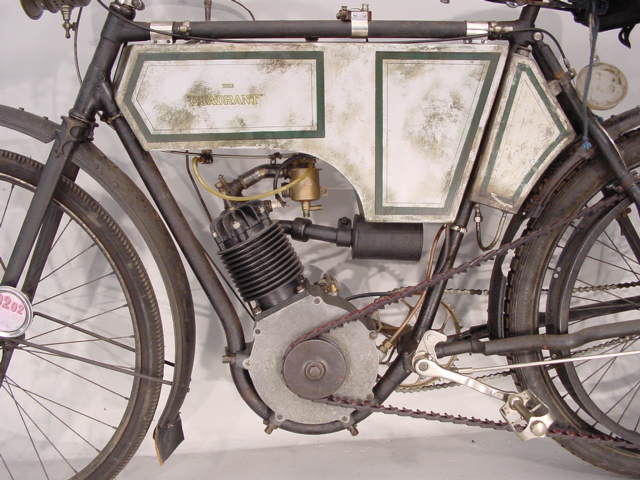 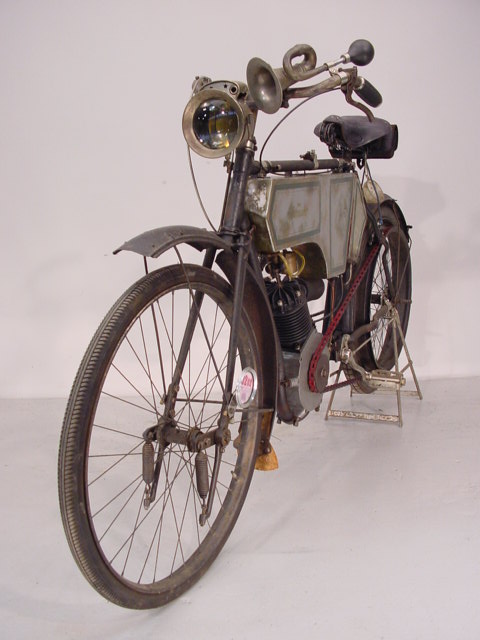 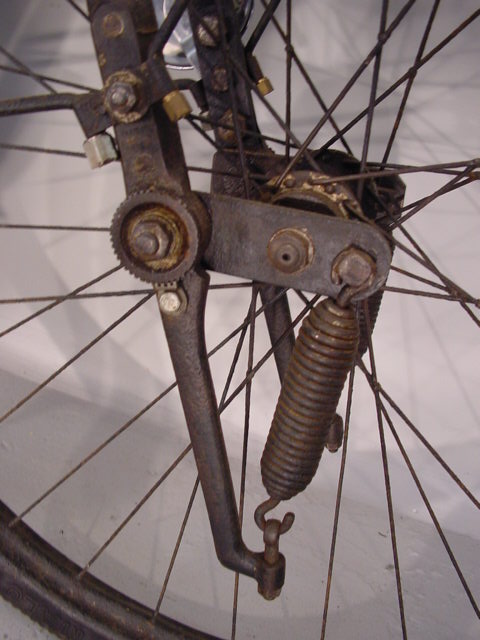 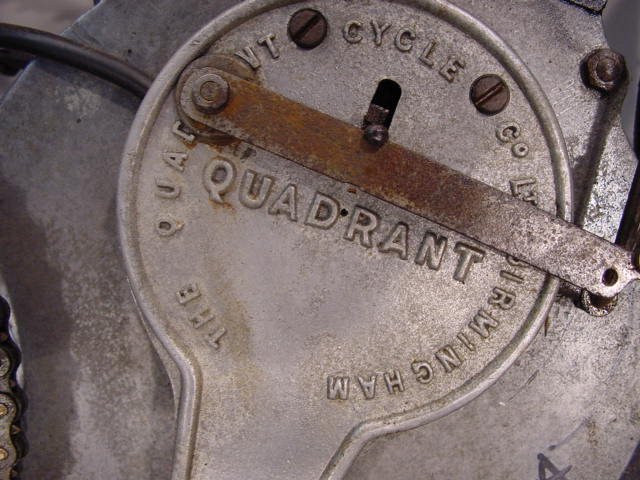 Quadrant was among the first  British bicycle manufacturers to venture into motorcycle production: their first model, equipped with the then very popular Minerva clip-on engine, appeared in 1901.
A few years later  a famous long-distance rider by the name of Tom Silver was contracted by the company.
He attracted a lot of publicity in the years to come by getting excellent results in long distance events and in 1907 he became  managing director of the firm.
Although several types of engines were experimented with, Quadrants were best known for their big singles; in the early twenties even a 780 cc single with unit-construction gearbox was marketed.
The company ceased production in 1928.
This very early machine has coil ignition and  direct belt drive.
This rare veteran appears to be in untouched, original condition.