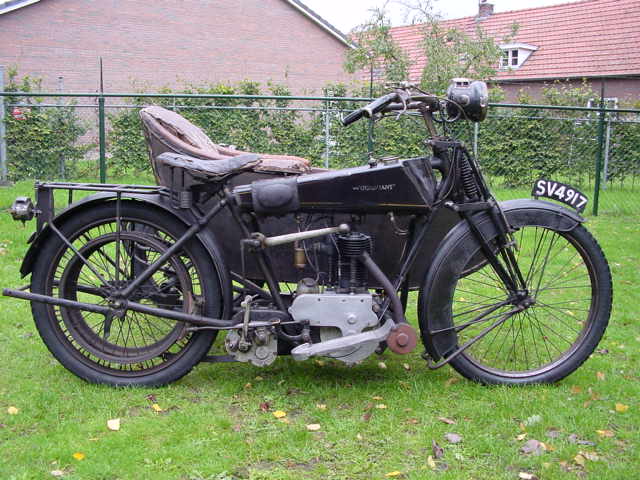 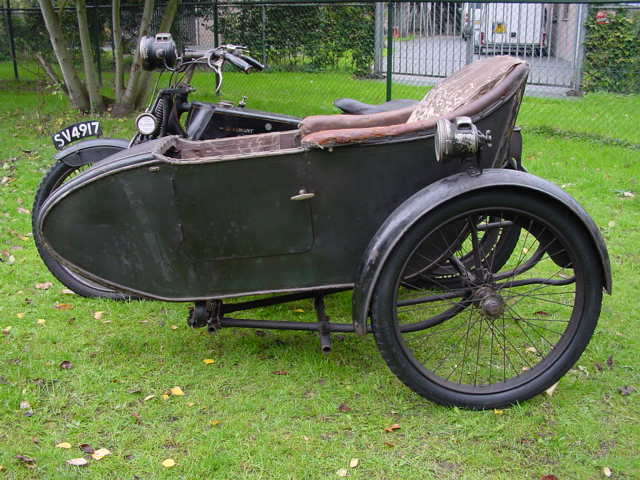 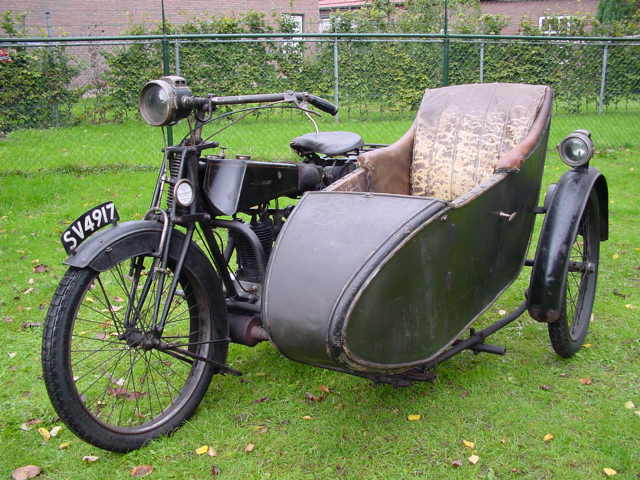 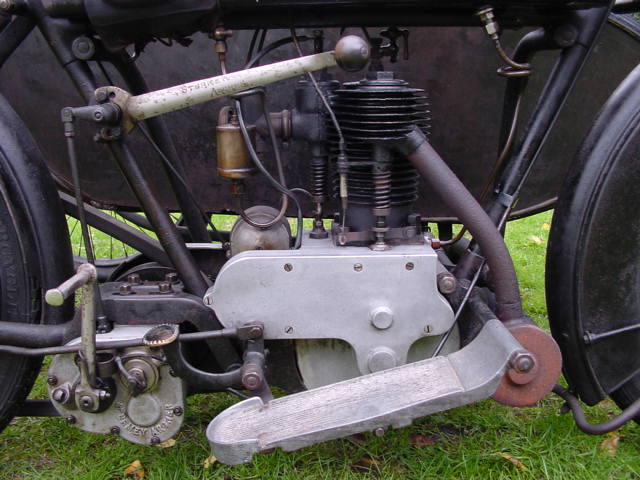 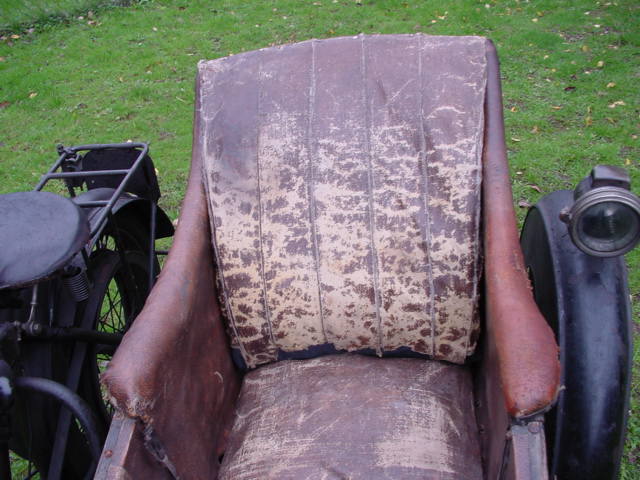 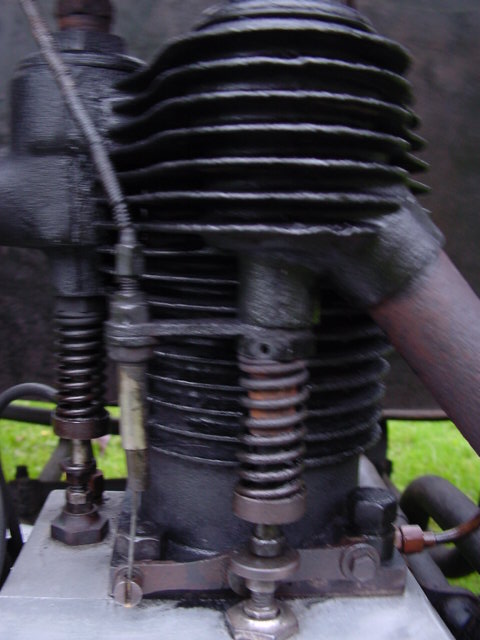 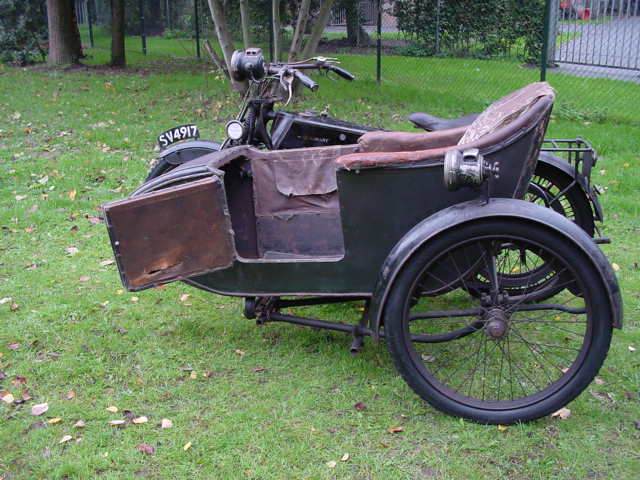 Quadrant was among the first  British bicycle manufacturers to venture into motorcycle production: their first model, equipped with the then very popular Minerva clip-on engine, appeared in 1901.
A few years later  a famous long-distance rider by the name of Tom Silver was contracted by the company.
He attracted a lot of publicity in the years to come by getting excellent results in long distance events and in 1907 he became  managing director of the firm.
Although several types of engines were experimented with, Quadrants were best known for their big singles; in the early twenties even a 780 cc single with unit-construction gearbox was marketed.
The company ceased production in 1928.
This  particular machine spent most of its life on the Channel Islands.
It stood undisturbed in a potato merchant’s barn for over 45 years and is totally untouched and original.
The sidecar is of Quadrant’s own manufacture.
The machine has several special features: a graceful saddle tank, quite special around 1920, and the typical Quadrant valve layout where the inlet valve is situated at the rear of the cylinder.
The thought behind this arrangement is that very large valves can be used to enhance the engine’s breathing capacities.
Transmission is via  Sturmey Archer countershaft gearbox and chain-cum-belt drive to the rear wheel.
This authentic “time machine”  runs well and must be the best kept Quadrant to exist.