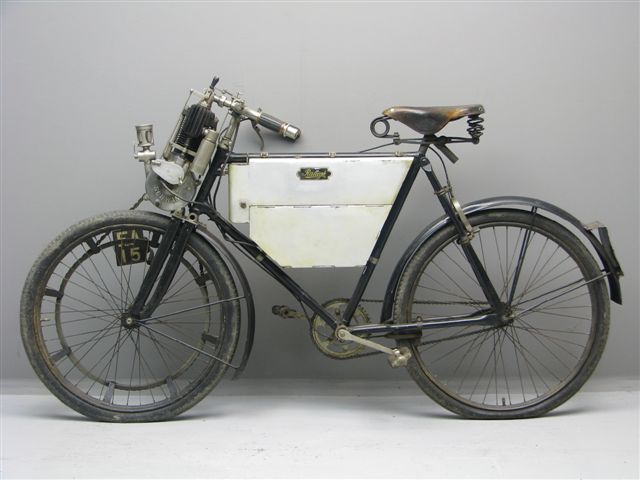 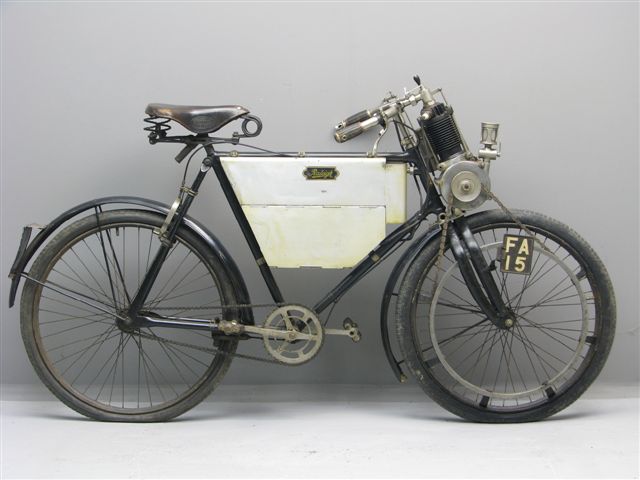 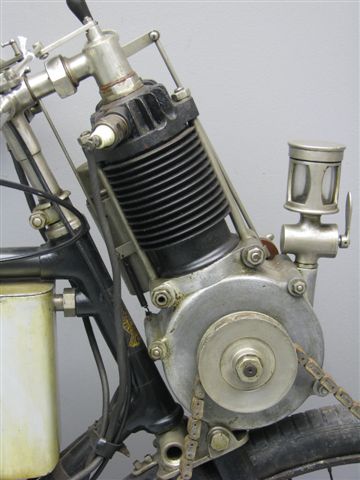 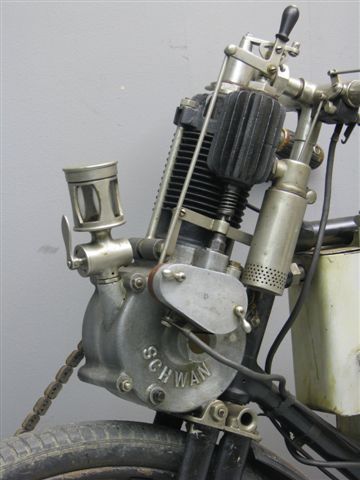 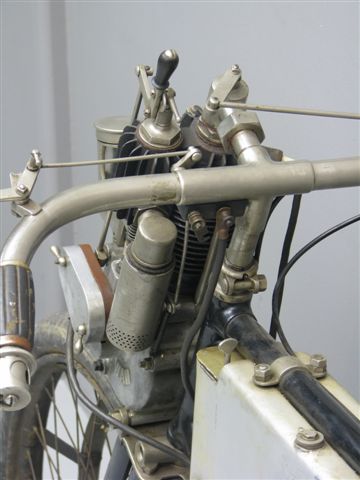 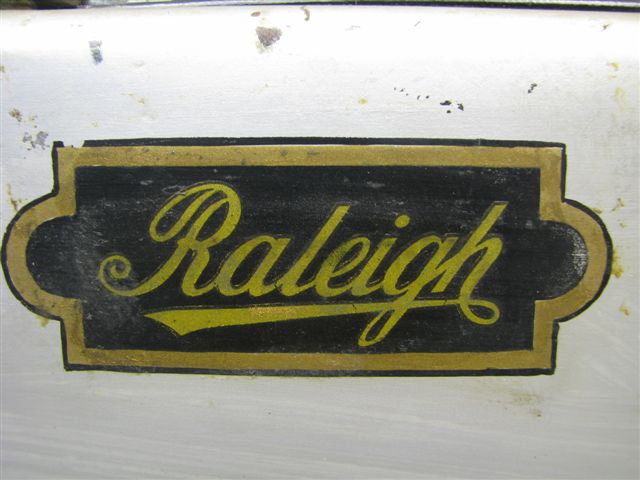 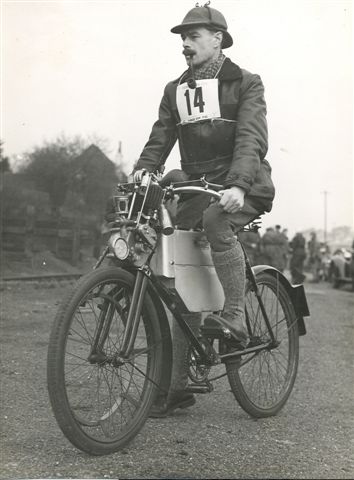 Britain’s best-known bicycle maker, Raleigh also manufactured motorcycles from circa 1902 to 1905, and again from 1919 to 1933.
More recently, the Nottingham company offered a range of mopeds plus a scooter in the late 1950s/1960s.
Raleigh’s first powered two-wheeler looked very much like the contemporary Werner, carrying its engine in front of the steering head with drive being transmitted via belt to a large diameter pulley clipped to the spokes of the front wheel.
The notorious Harry J Lawson had purchased the Werner rights, together with those of many other foreign manufacturers, so most likely Raleigh bought the UK rights to the design from his Motor Manufacturing Co Ltd.

Two French-built Werner ‘motor bicycles’ entered by the Motor Manufacturing Company appeared at the start of the 1,000 Miles Trial in the spring of 1900 but did not take part.
Raleigh’s version was announced for 1902 and was both illustrated and described in Motor Cycling magazine’s 5th March edition of that same year (page 63). (It has long been assumed that Raleigh commenced motorcycle production in 1899, but this view may have to be reassessed).
By this time Werner had moved its engine to what is now accepted as the conventional position, so perhaps Lawson, sensing that Werner’s earlier design was now obsolete, was only too glad to offload the rights to Raleigh.
Most fledgling motorcycle manufacturers used proprietary engines at this time and the Raleigh was powered by a 239cc Schwan unit rated at 2hp. The carburetion arrangements were convoluted, to say the least.
Vapour from the surface carburettor passed through a union into the steering head where it combined with a second supply of air drawn in through the handlebar end and controlled by a twist-grip on the left-hand side. From the steering head the mixture was drawn, via a bell-housing containing a rotating sleeve, to the inlet valve.
Raleigh’s justification for this complexity was that it facilitated engine control without the rider having to remove his/her hands from the ’bars!

To call the first Raleigh a ‘motorcycle’ is stretching the meaning of the word somewhat, for it was little more than a bicycle fitted with a front fork strengthened to withstand the weight of the engine.
The latter’s positioning high above the front wheel did little for the handling, and such machines were prone to the dreaded ‘side slip’ in wet weather.
In fact, so impractical was the motorised bicycle considered at this time – tricycles were far more popular – that many commentators considered them to be only a passing fad.

In his book ‘Early Days in the British Motor Cycle Industry’, Eric W Walford recalled the harsh realities of ‘motor bicycling’ in the 19th Century’s closing years. ‘When one considers that the motor cycle frame was little stronger than that of the ordinary “push” cycle, that the forks were exactly like “push” cycle forks, and not infrequently broke, that the tyres were very poor, and that sideslip was quite common, it is not surprising that it was somewhat of a toy.
The makers must have considered it so, because they made no provision for lubrication of the engine from the seat, but expected one to stop every 10 or 20 miles and pour in oil from a can which one had to tie on anywhere as best one could.
Really one had to be pretty hardened, or very enthusiastic, to be convinced that the motor bicycle was going to survive.
The public looked upon it as a freak, whereas they had come to accept the “trike” as a practical proposition.’

Dating from its maker’s debut year as a motorcycle manufacturer, the wonderful Raleigh offered here is an evocative reminder of those heroic days and is believed to be the sole survivor of its type.
Sadly, nothing is known of the machine’s history prior to 1947, when it was acquired and restored by the current owner, other than the fact that it was previously owned by a Mr Fox, of Burton-on-Trent.
The current owner rode ‘FA 15’ on the Pioneer Run from 1949 to 1954 inclusively, and shortly after the ’49 event the Raleigh was featured on the BBC television programme ‘Picture Page’, hosted by Leslie Mitchell.
In 1965 the Raleigh was sold to Anthony George Spicer, of Boxhill, Surrey, who took part in the 1965 and ’66 events riding it.
The current vendor then repurchased it from Mr Spicer and has owned the machine ever since, though there has been no further Brighton Run participation and ‘FA 15’ has not been seen in public since 1966.
The very sensible addition of a rear brake is the only listed deviation from factory specification.

Known affectionately as ‘Sir Walter’.
For most of its life The Raleigh , ‘FA 15’ has been dated to 1899 but more recently the Sunbeam Motorcycle Club has re-dated it to 1902.