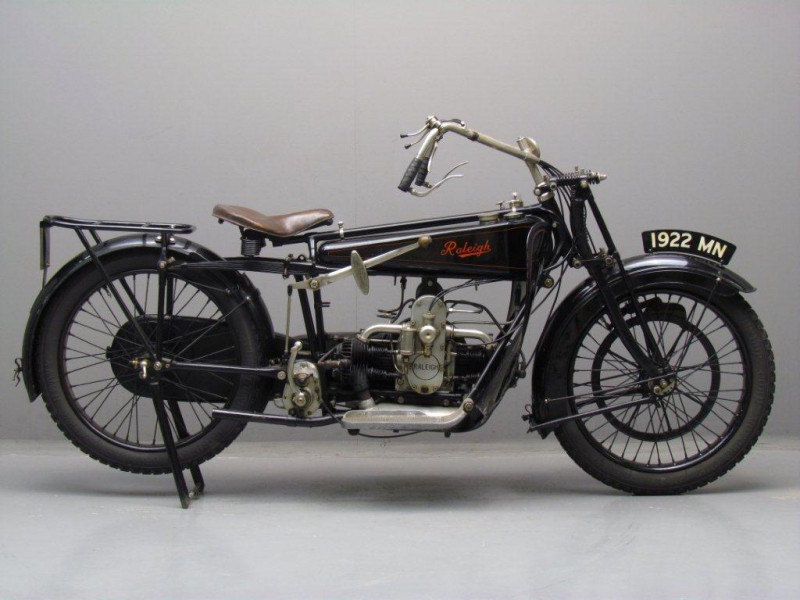 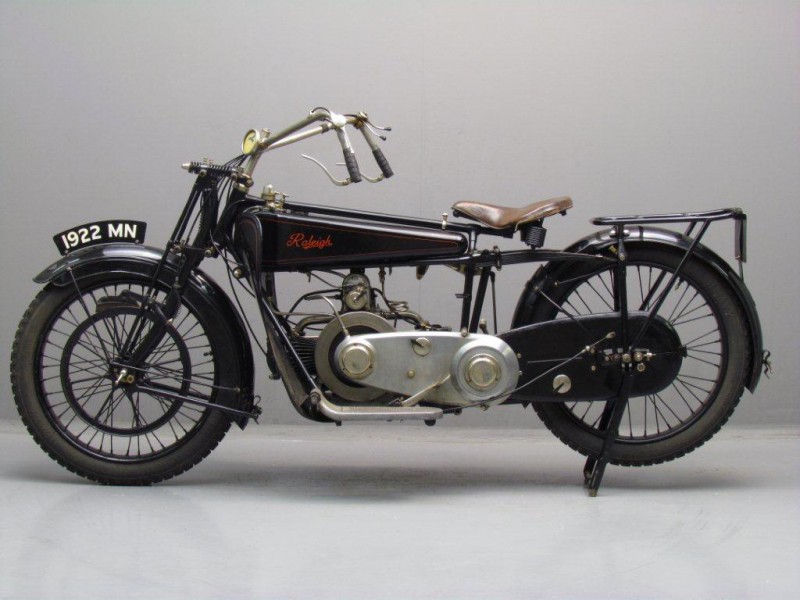 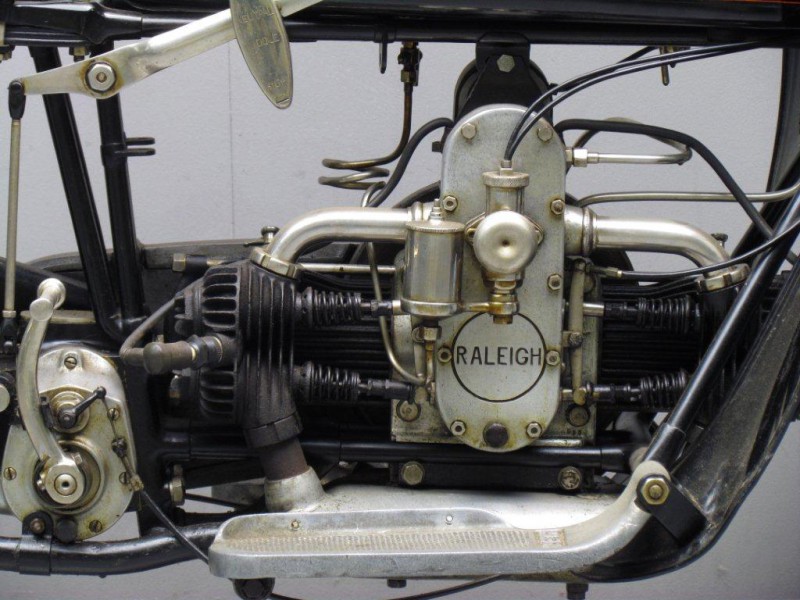 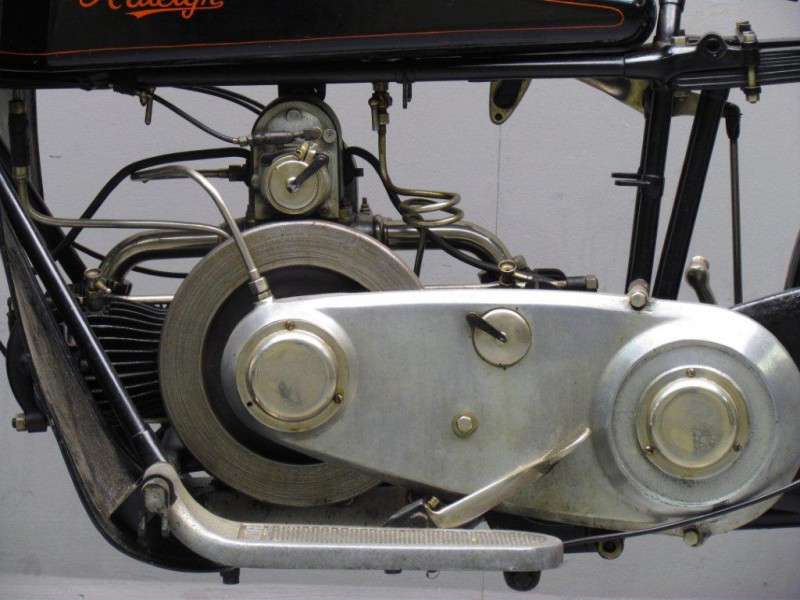 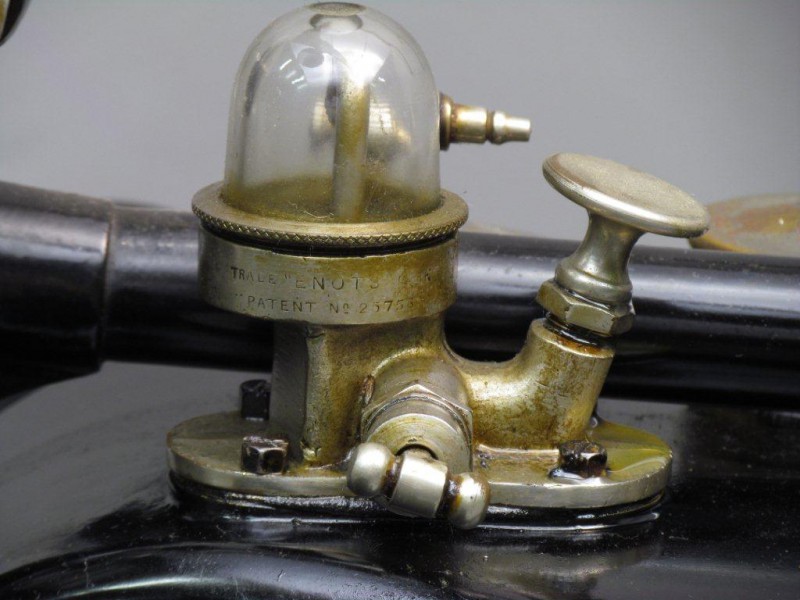 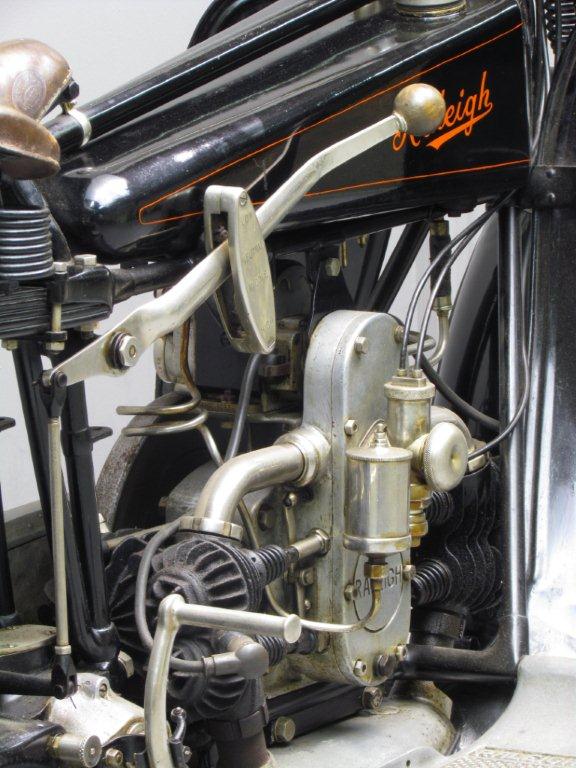 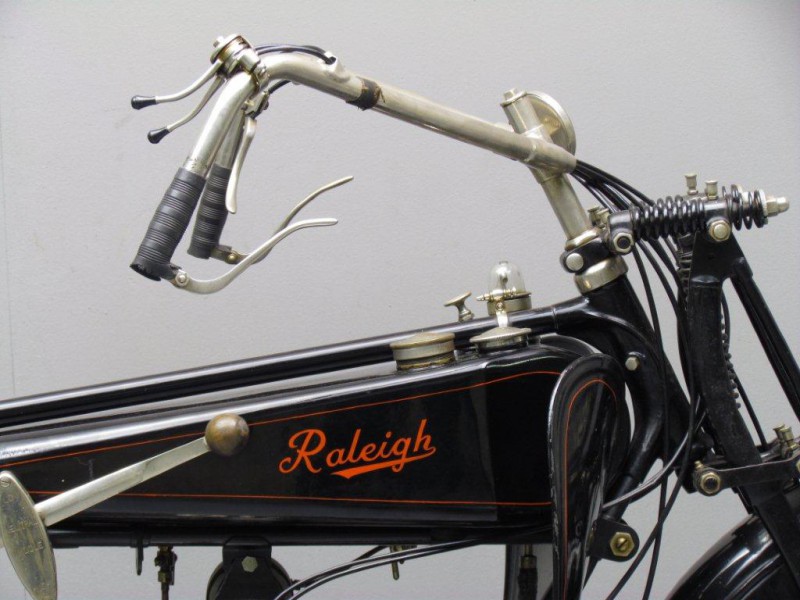 In the beginning of the 20th century Raleigh’s main business was in the cycle trade.
Company founder Frank Bowden was a firm believer in variable gear systems and from the end of 1902 the Raleigh Cycle company put the Sturmey-Archer cycle hub gear on the market.
Around 1913 this hub gear was developed into a device that could be fitted in a motorcycle hub and soon after a three speed countershaft gearbox with clutch was marketed.
It was fitted in the Triumph Model H and became the standard for gear changing devices for many years to come.
But back to the motorcycles: there was some motorcycle production between 1899 and 1906, but only during the first world war some serious thought was given again to motorcycle production. William Comery, Raleigh’s chief engineer and Works manager, developed a luxury machine that had many novel features.
It had a longitudinally placed flat twin side valve engine with outside flywheel, fully enclosed all-chain transmission, Brampton Biflex front forks and leaf sprung rear frame.
Between 1917 and 1919 tests were carried out with a prototype and in November 1919 the definitive model was presented to the eager public.
Engine capacity was increased to 698 cc ( the prototype had 654 cc) and the gearbox housing was now an integral part of the frame.
Another interesting feature of this Raleigh is that it has twin springs to each valve to ensure efficient cam profile following.
The flat twin was a very expensive machine to manufacture though, and after a few years the company decided that they really would have to start building cheaper motorcycles if they wanted to stay in business.
In 1923 production of the flat twin ceased.
This machine was restored in the sixties and was part of the Murray collection in the Isle of man.