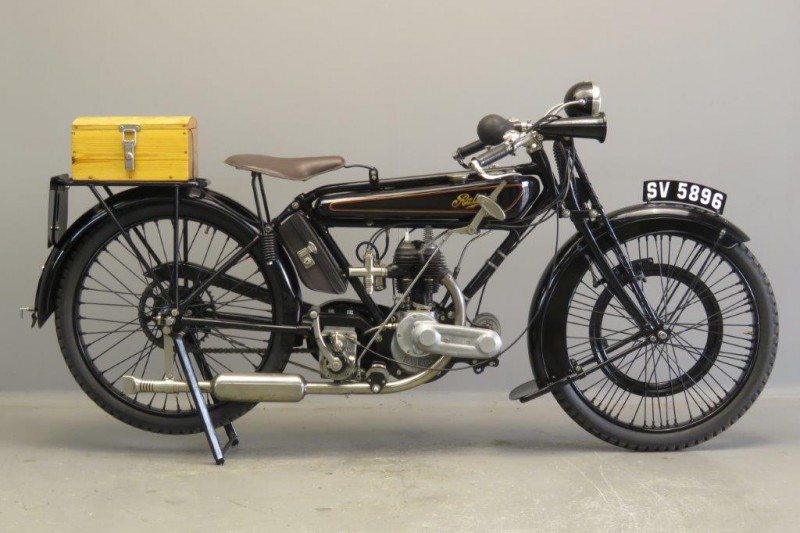 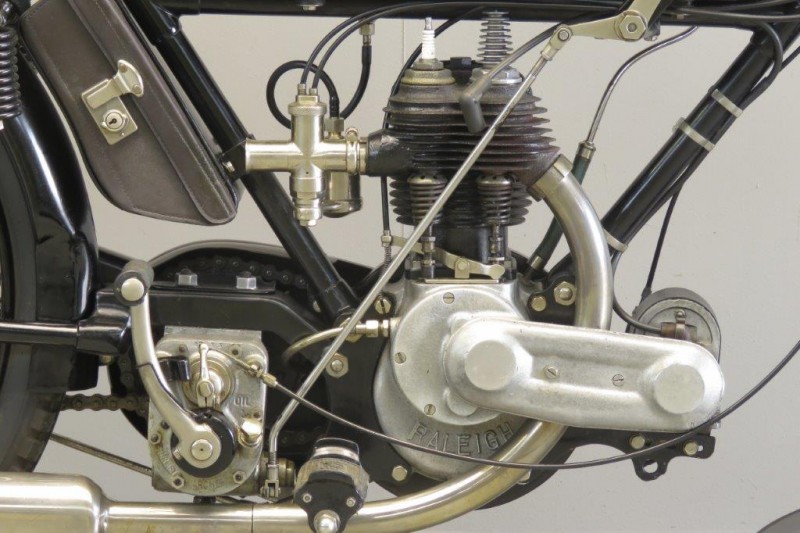 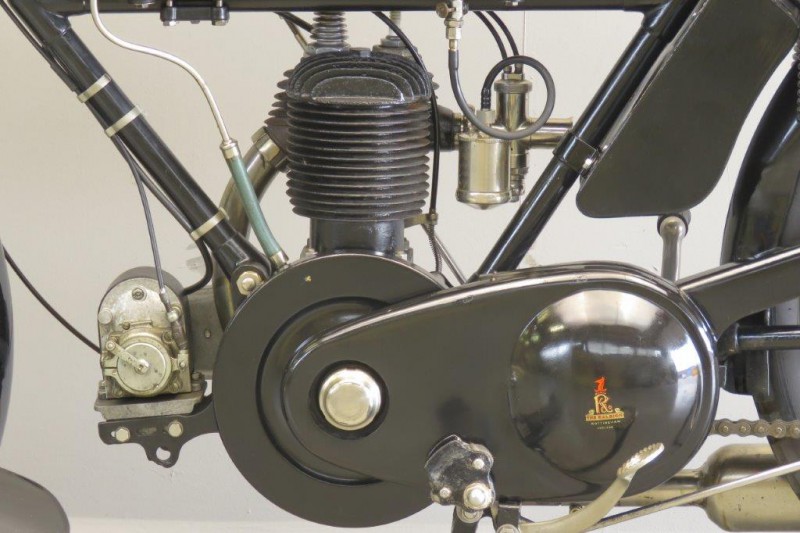 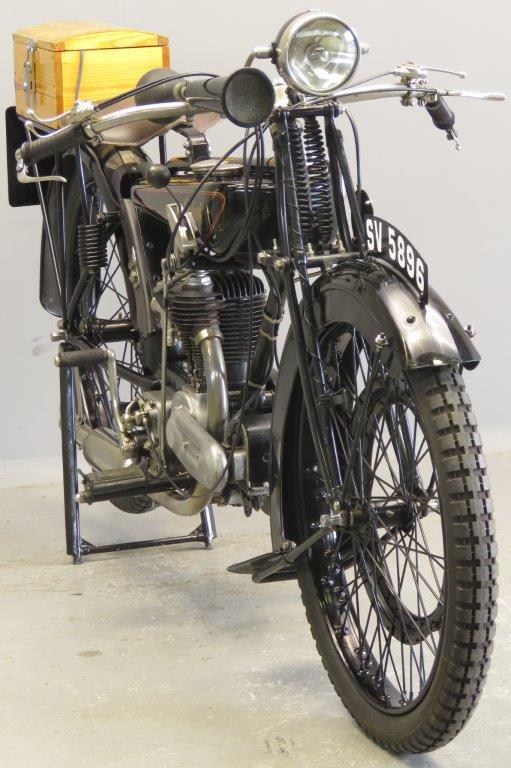 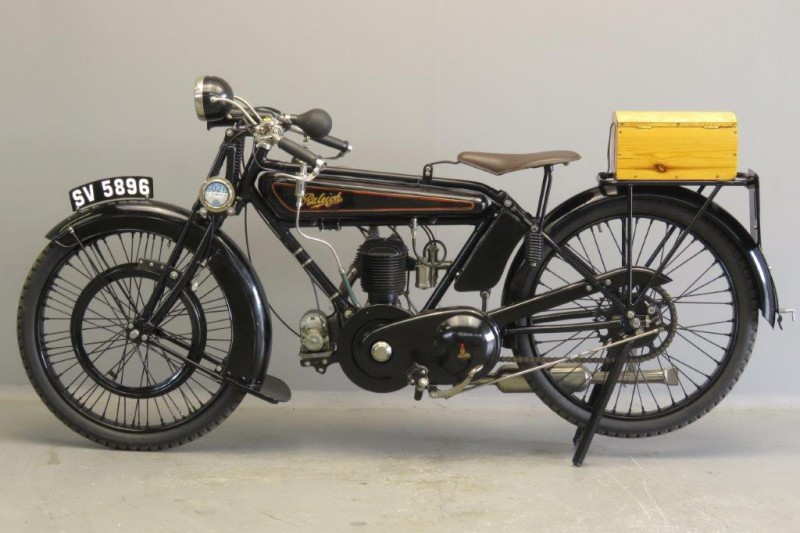 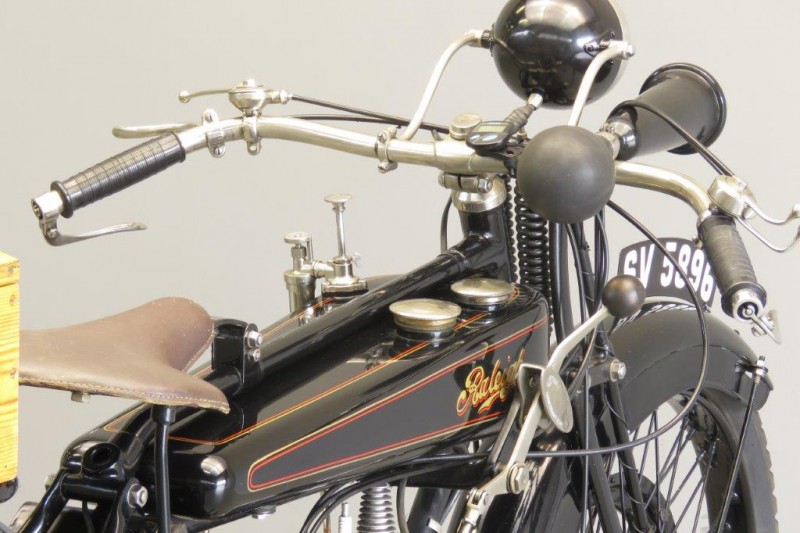 In the beginning of the  20th century Raleigh’s main business was in the cycle trade. Company founder Frank Bowden was a firm believer in variable gear systems and from the end of 1902 the Raleigh Cycle company  put the Sturmey-Archer cycle hub gear on the market. There was some motorcycle production between 1899 and 1906, but only after the first world war  serious thought was given again to motorcycle production.
In the early twenties a 699 cc flat twin is produced; from 1922 mostly  single cylinder side valve singles are put on the market and these economical, well made machines prove to be great sellers.
The 1922 “Popular” and “ Semi-Sports “ models could be had with chain –cum-belt transmission only; for 1923 also chain driven models  in  standard trim (Model 5) and Sports trim (Model 6) become available.
All  models have 71 x 88 mm engines and Sturmey Archer  gearboxes, though a 399 cc 3 HP engine can  be fitted on request.
There are only a few differences between the standard  “Chain-Drive” and  “Sports” models: the latter has a different saddle that is pivoted from the top tube to give a low riding position, it has footrests instead of footboards, a large straight through exhaust pipe with a  expansion chamber and detachable fish tail  and of course more sporty “semi-T.T.” handlebars.
The weight of the Model 6 is only slightly more than 90 kilos.
For more visibility on the road this shiny Model 6 has the luxury of an electric front lamp; the wooden box on the rear carrier houses the battery.