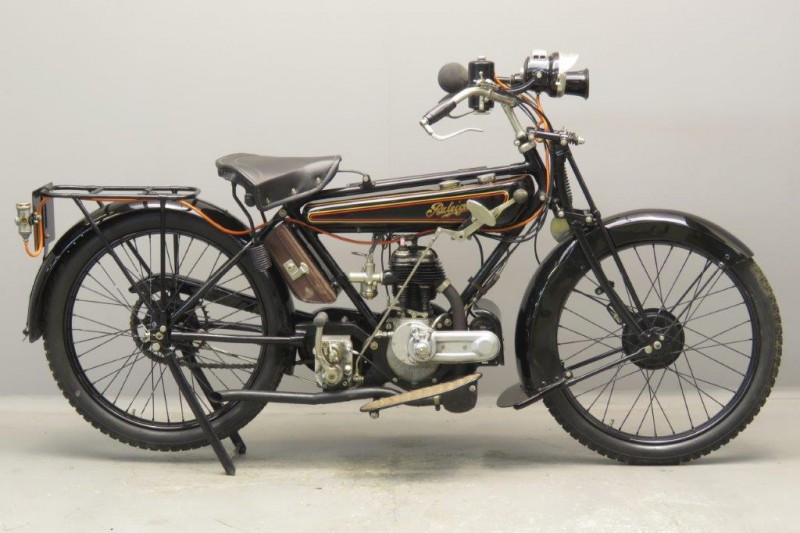 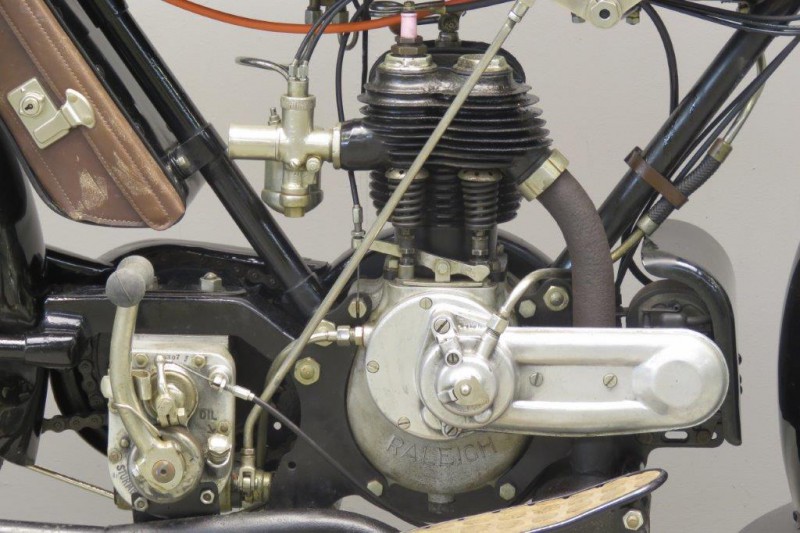 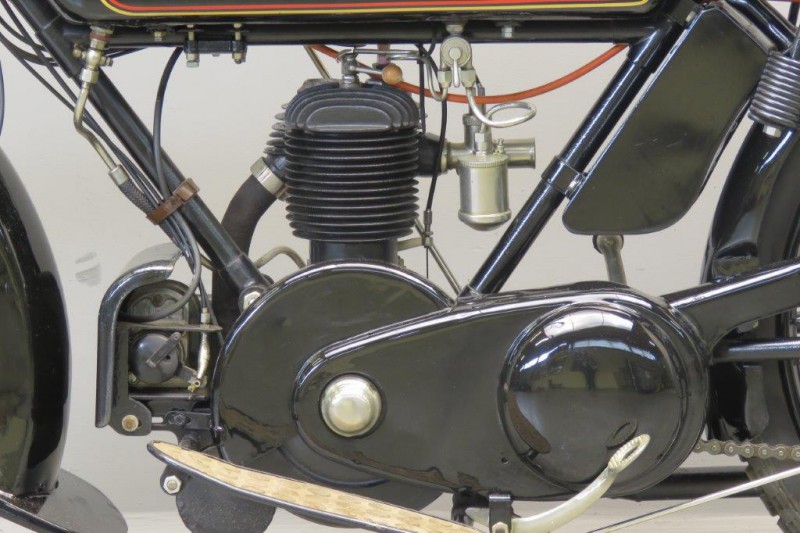 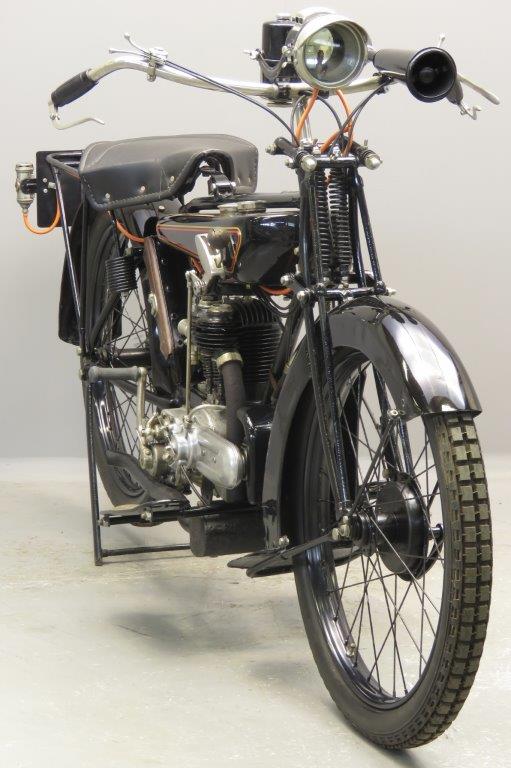 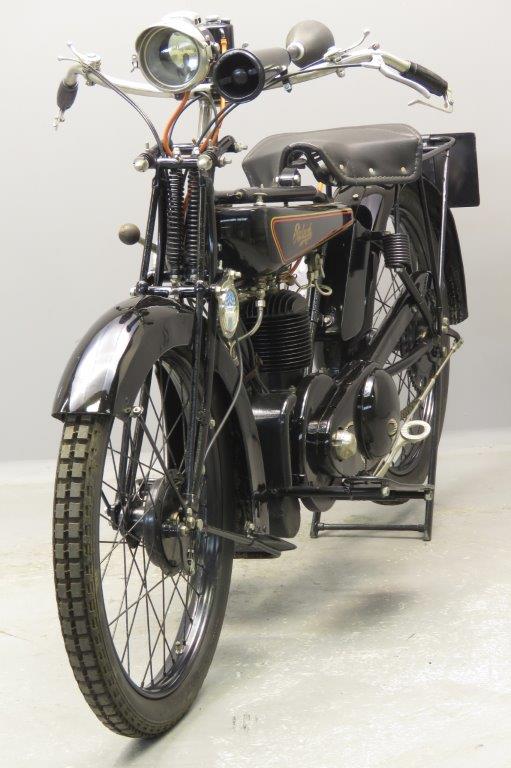 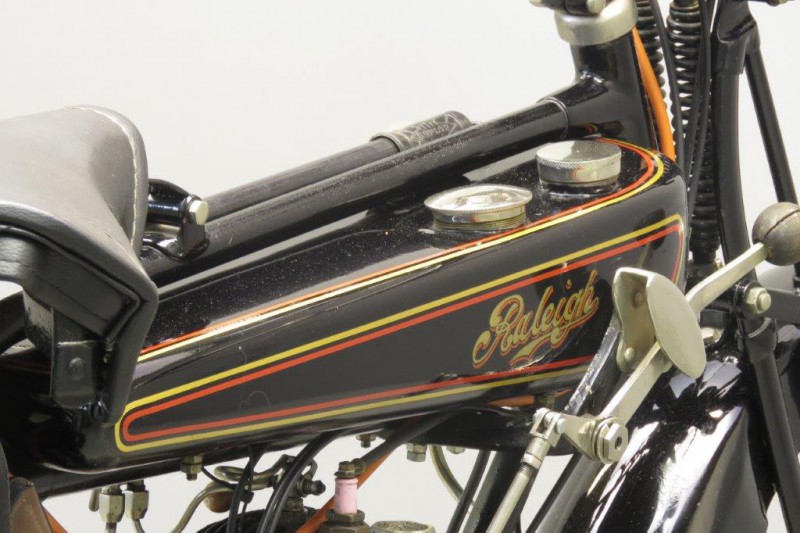 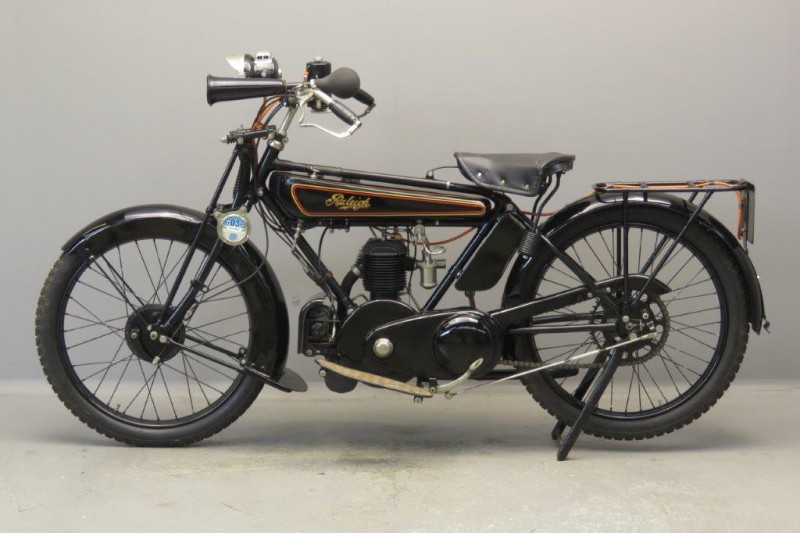 In the beginning of the  20th century Raleigh’s main business was in the cycle trade. Company founder Frank Bowden was a firm believer in variable gear systems and from the end of 1902 the Raleigh Cycle company  put the Sturmey-Archer cycle hub gear on the market.
There was some motorcycle production between 1899 and 1906, but only after the first world war  serious thought was given again to motorcycle production.
In the early twenties a 699 cc flat twin was produced; from 1922 mostly  single cylinder side valve singles were put on the market and these economical, well made machines proved to be great sellers.
The 1926 range comprised three models in the 2 ¾ HP class: the Model 2 “Popular” with belt drive to the rear wheel, the Model 5 “Chain Drive” and the Model 5S “ Semi-Sports”.
All three models had 71 x 88 mm engines,  Brampton Biflex forks and Sturmey Archer 3-speed gearbox. A novel feature for 1926 was a practical internal expanding front brake that replaced the earlier and less effective  dummy belt rim brake.
This well-restored Model 5 comes complete with Lucas headlamp and generator, Powell & Hanmer rear light and Eversure bulb horn.