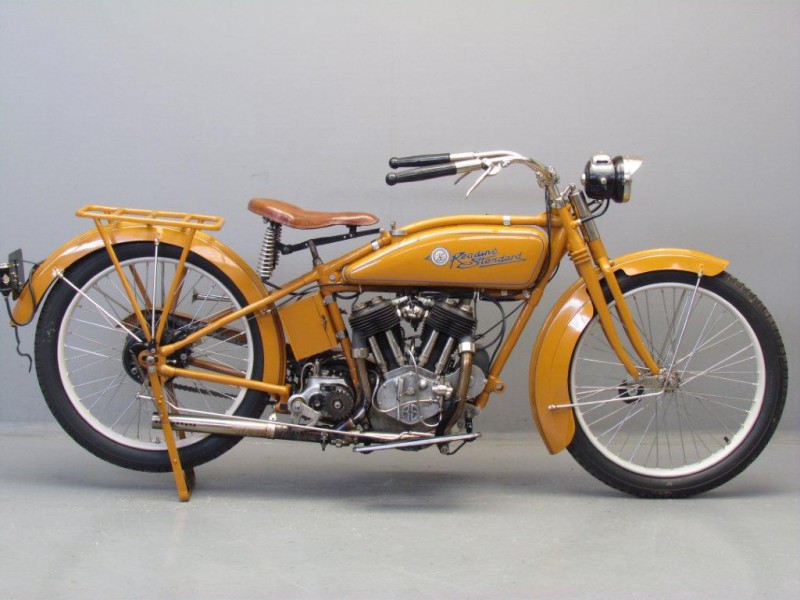 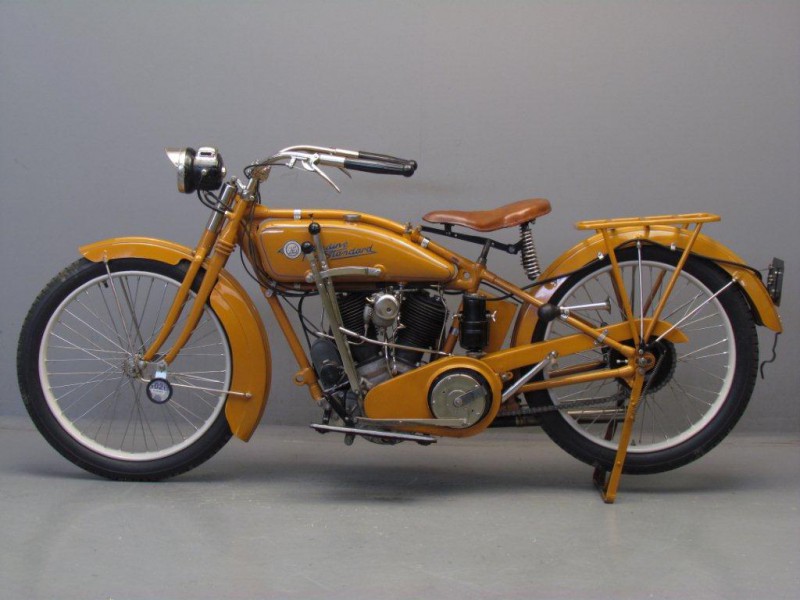 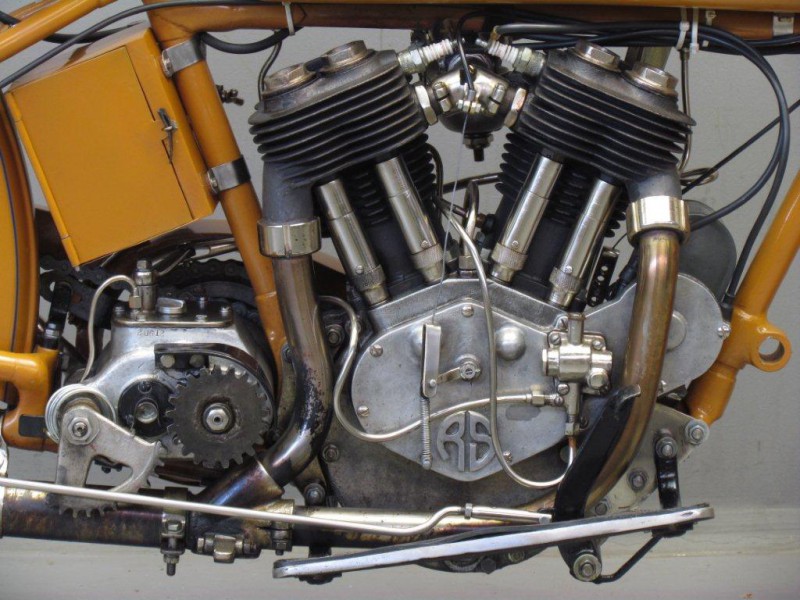 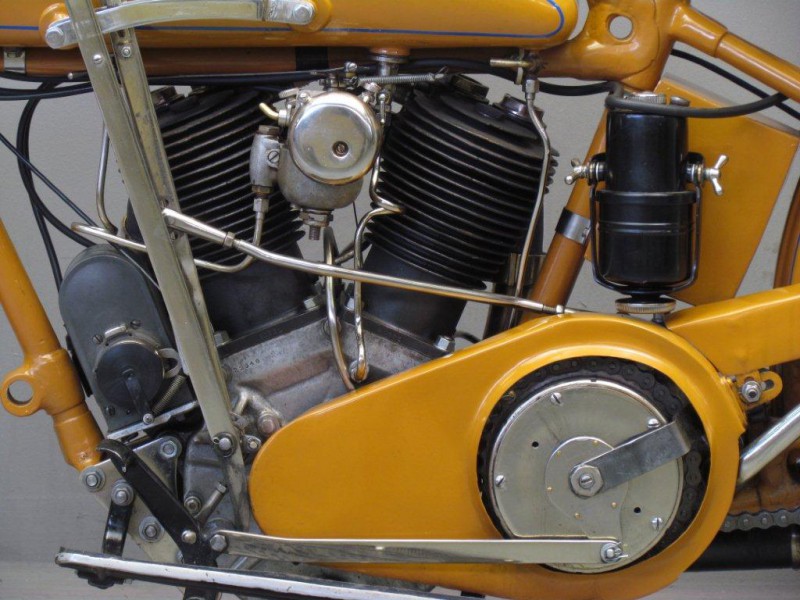 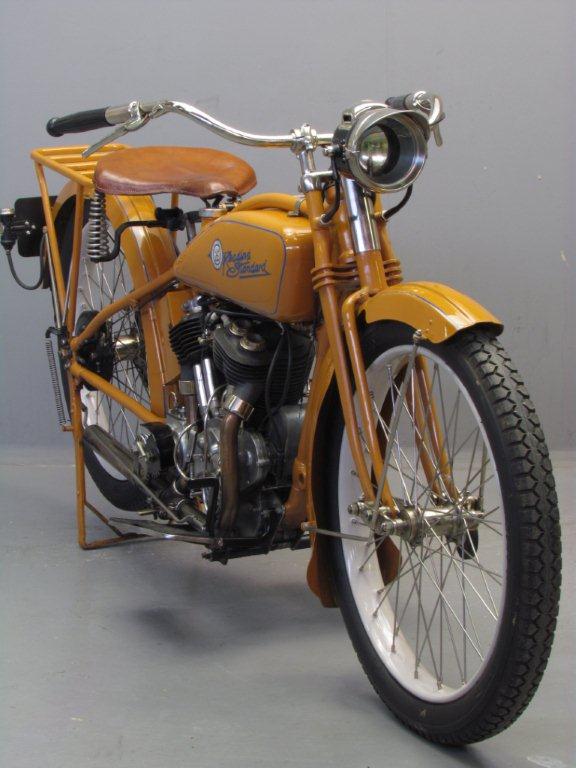 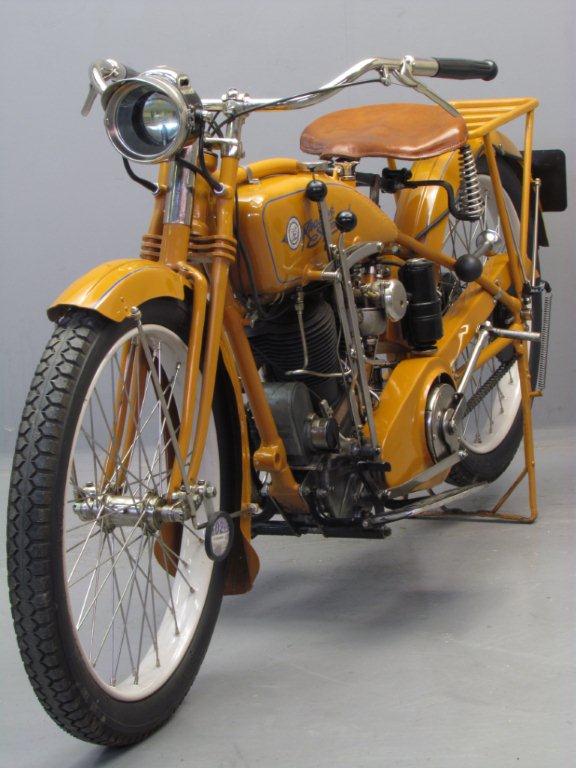 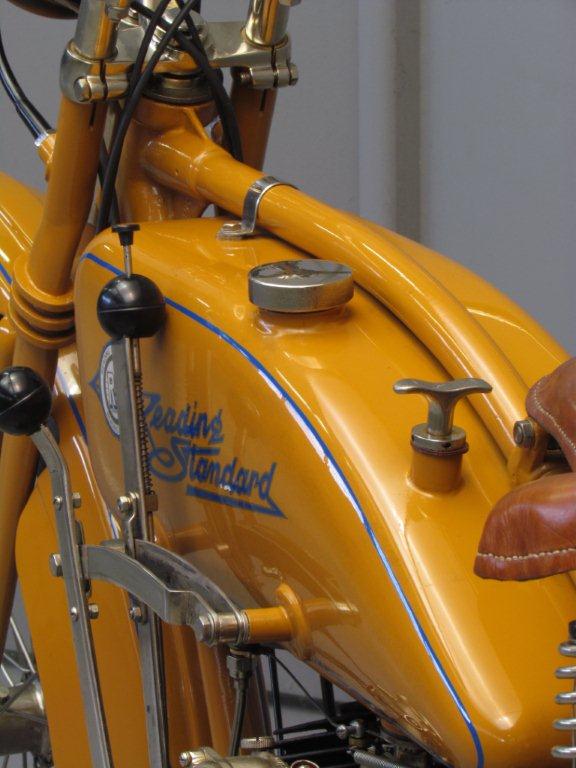 Reading  Standard machines were manufactured between 1903 and 1924 in Reading, Pennsylvania.
Initially single cylinders were built, later the make earned fame with well engineered sidevalve V- twins.
Machines with OHC engines were also made, but these were only available for works racers and not for sale to the public.
The designer of the early R.S engines was Charles Gustafsson, who left the firm in 1907 and joined the much bigger Indian Motocycle Company.
One of his succesful designs for Indian was the  PowerPlus model, that was brought out in 1916.
For 1917 two types of  R-S  were available,  a 580  cc single and a 1096 cc twin.  A  few quotes  from the 1917 catalogue: “ The 1917 Reading Standard is a sturdy, powerful machine of luxurious comfort.  (….) It has always be the aim of the R-S Company to produce a high-grade motorcycle, using only such steels and materials as are suited to withstand every conceivable strain and shock incident to the roughest use. The R-S has a distinguished appearance. Its lines are strong and bold but dignified and are dictated by the strength of the mechanical parts. They suggest a machine that has done something and made good for years.
There is nothing feeble in it to give way. “
The machine has much torque at low speeds because of the 9 inch-diameter flywheels that weigh approx 27 pounds.
This machine is a fine restoration job and comes complete with acetylene lighting system.