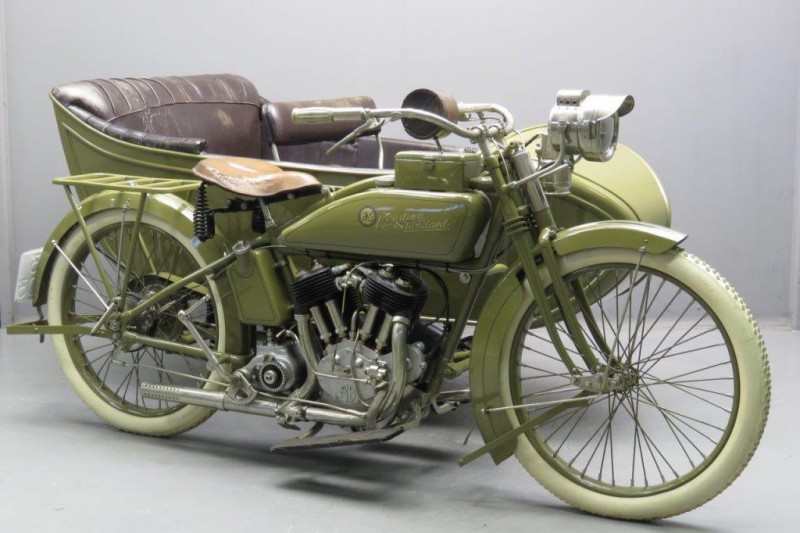 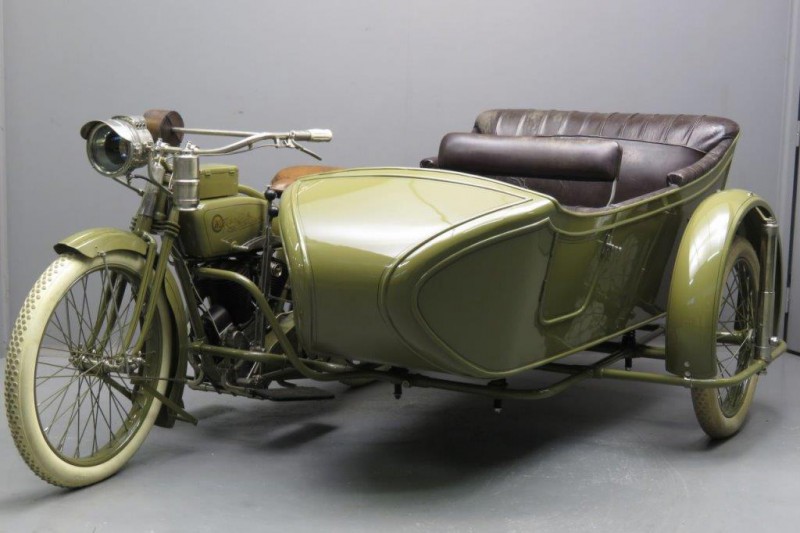 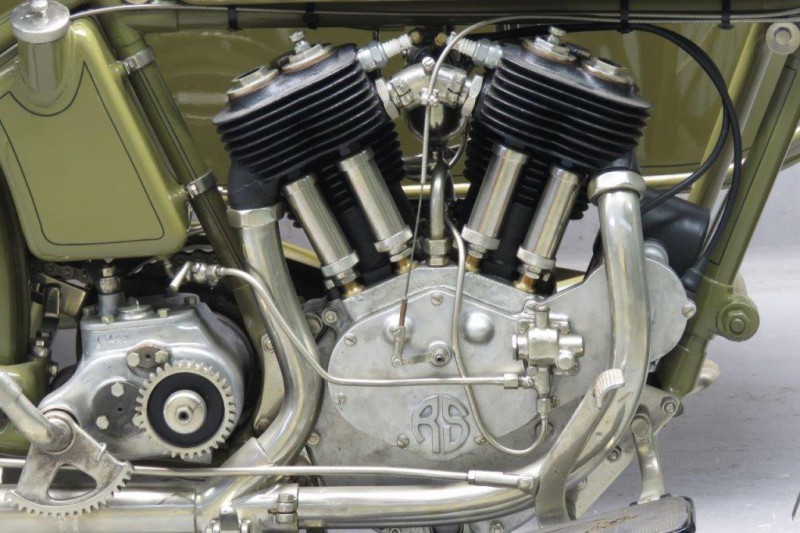 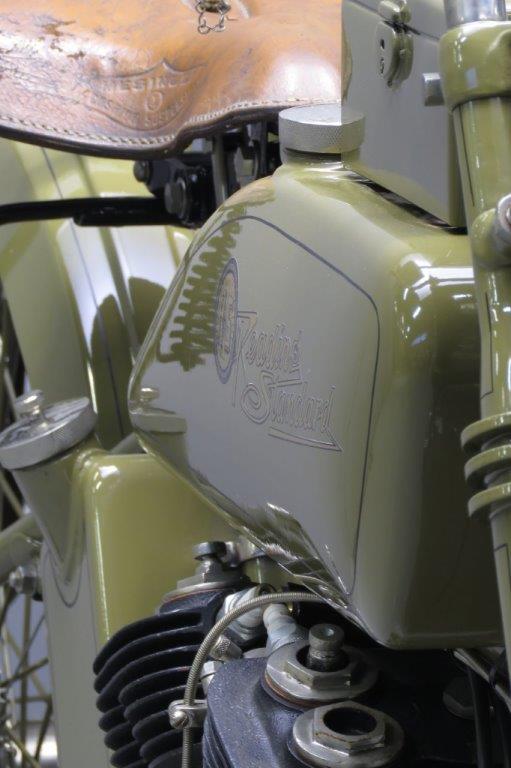 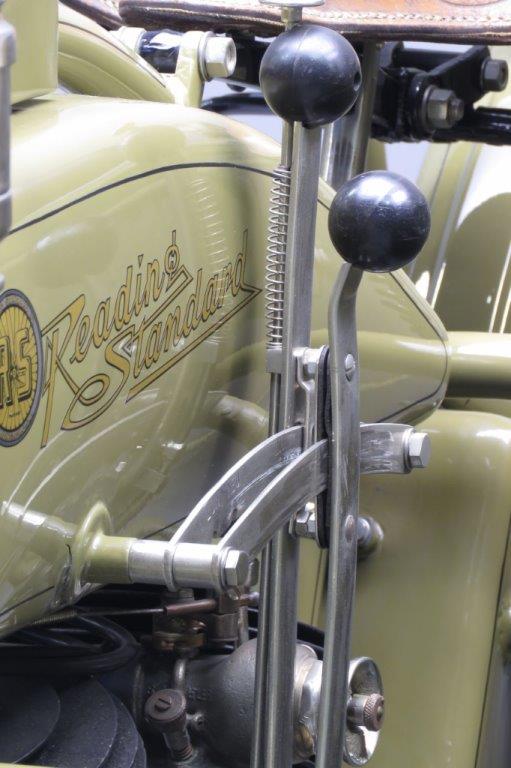 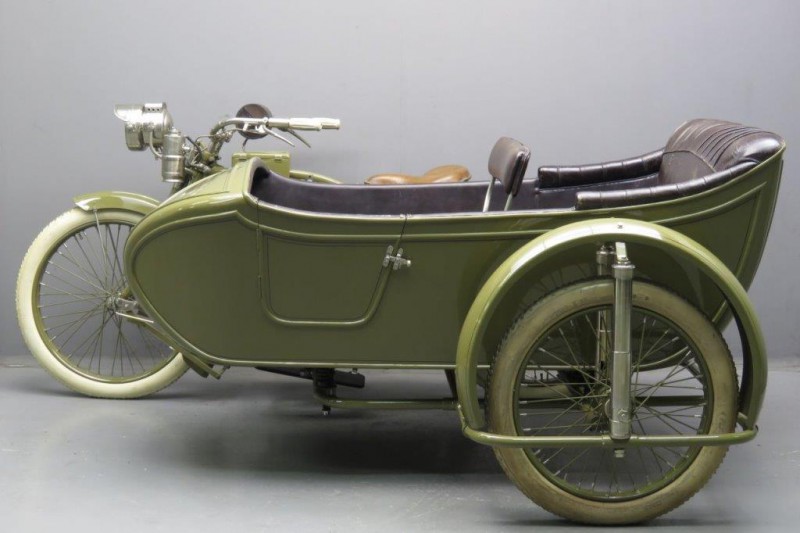 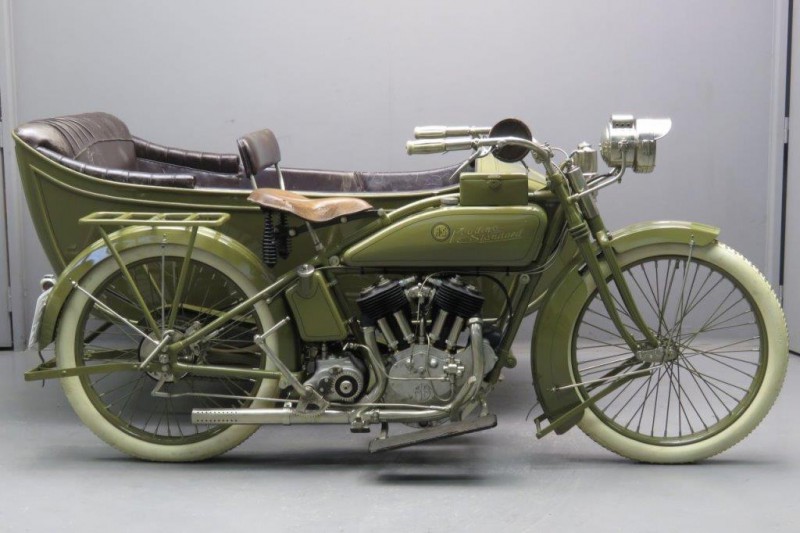 Reading Standard machines were manufactured between 1903 and 1924 in Reading, Pennsylvania.
The company slogan was “Built and tested in the mountains”.
The firm started in 1903 with the production of single-cylinder clones of Indians and Thors, but soon engineer Charles Gustafsson would make his mark.
Gustafsson had studied European design trends, and when Reading-Standard introduced its first side valve engine in 1907 it was the only American manufacturer offering this type of power unit. Its superiority to other contemporary designs was illustrated in July of that same year when a trio of Reading-Standards climbed to the top of Pikes Peak, a feat that would remain unequalled by any other motorcycle for the next five years.
Gustafsson left the firm in 1907 and joined the much bigger Indian Motocycle Company.
One of his successful designs for Indian was the side valve PowerPlus model, that was brought out in 1916.

V-twin Reading Standards arrived in 1908.
Early examples sported a 722 cc F-head (overhead intake, side exhaust) configuration but by 1912 the company had converted its twins to a side valve design and the capacity had grown to 1114 cc in 1914.
For 1918 three models were available, the 6 HP single 18-TS and the twins 18-T and 18-TE, the latter being electrically equipped.
The price difference between the TS and T was relatively small: the single sold for $ 260, the T for $ 295.
The most important change for 1918 was that the engine capacity was brought to 1172 cc.
The exhausts ports were redesigned to give a quicker discharge of the burnt gases.
The result was, so claimed the company, a much more flexible and powerful engine.
Some further changes for 1918 were improved front forks, larger petrol tank and  separate oil tank. This fine machine is coupled to a stunning Italian “Moto Borgo Torino” family sidecar.