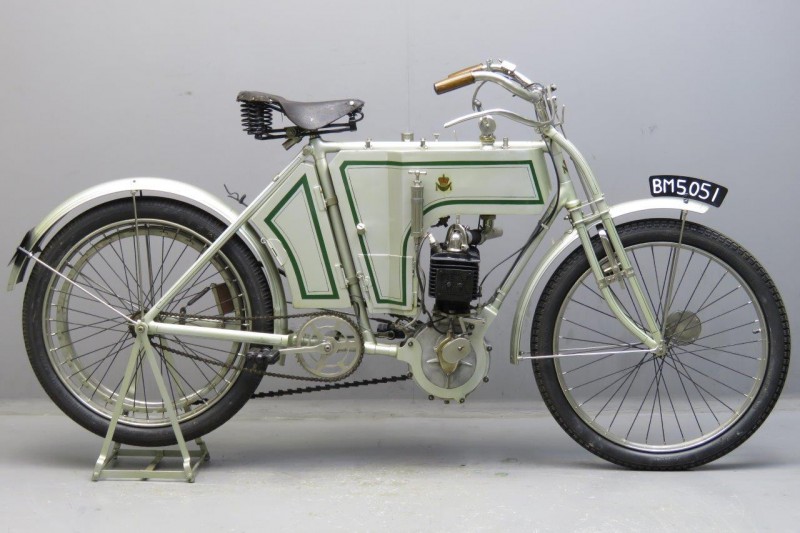 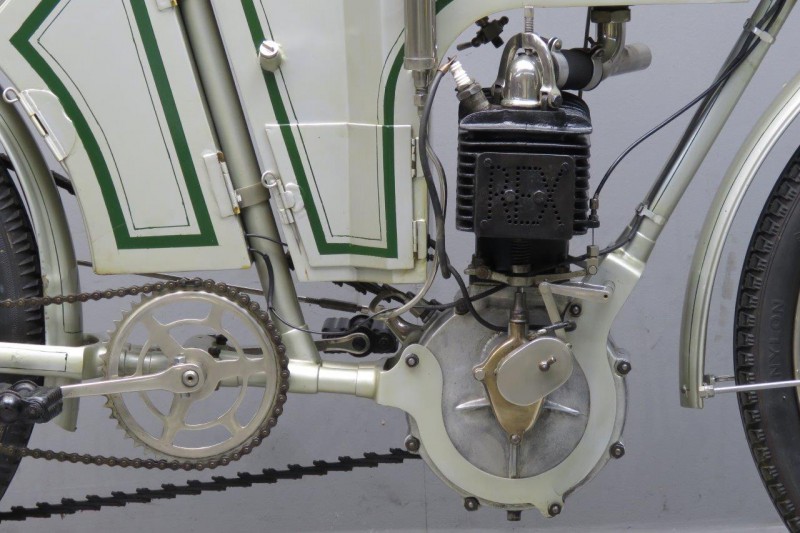 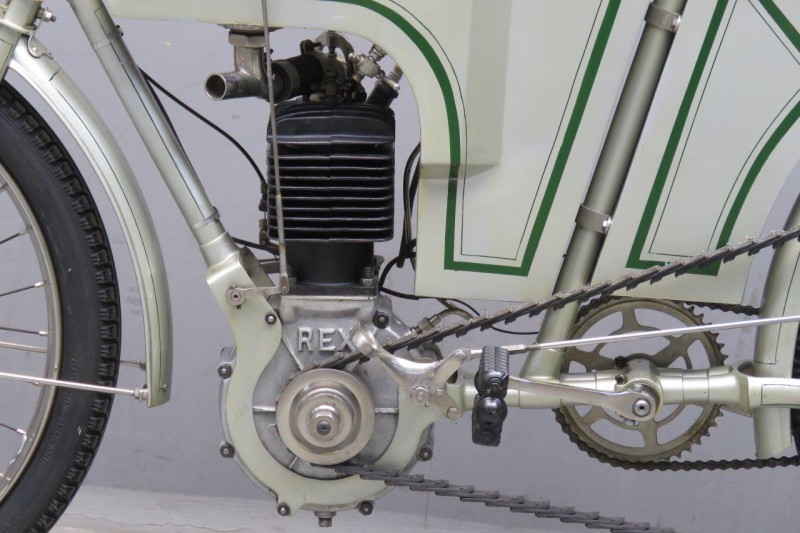 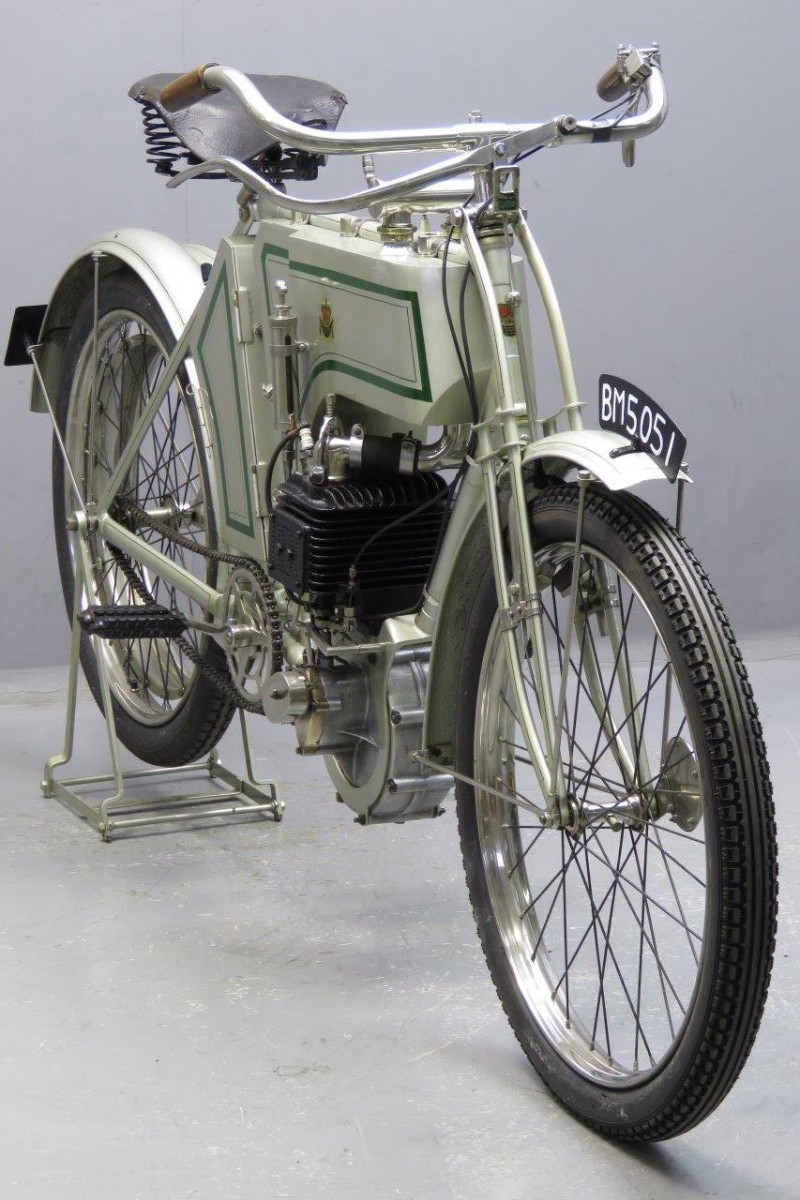 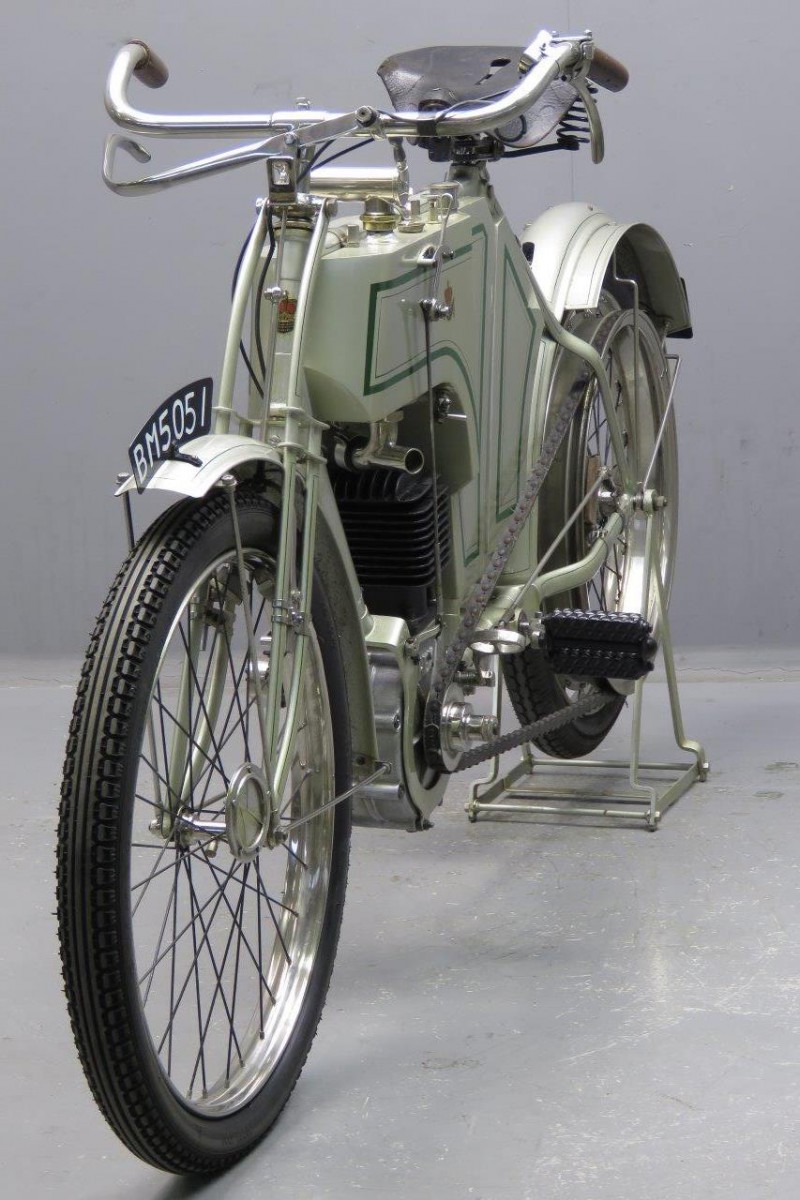 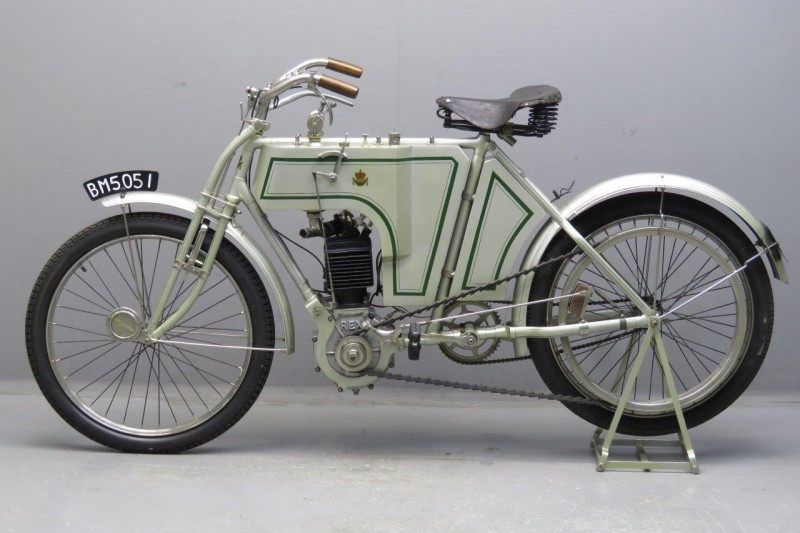 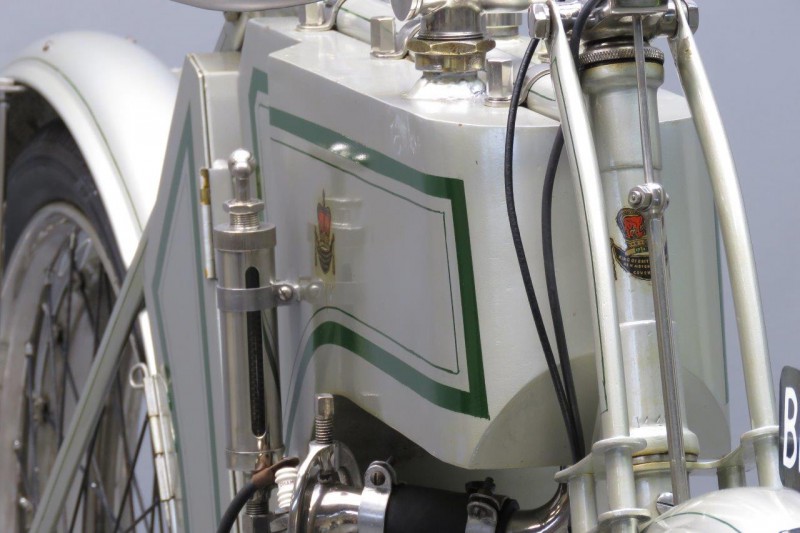 Rex was one of the first and foremost manufacturers of motorcycles in Britain.
Their advertising slogan read “ The King of British motors”, and the firm was a true market leader in design and development.
From 1902 the engine was positioned vertically in the frame, and all parts were made – so claimed the makers- at their own works.
In the course of 1903 the 75×75 bore and stroke dimensions were upped with 3 mm which led to a capacity of 373 cc.
New for 1904 were an increased fuel tank capacity, a  slightly lowered frame plus a matching styled metal battery and coil box fitted in between saddle tube and rear guard.
The brown lining of the 1903 season was changed to a green coach line for the 1904 model.
At the 1904   Chrystal palace Show no less than 50 Rex machines were on display! Typical Rex features are the rectangular silencer chamber on the cylinder that dispenses with an external pipe and silencer, the patented cradle around the engine and the almost “L” shaped tank.
Detailed information about veteran Rexes can be found in Jamie Dee’s articles on the make in “Old Bike” magazines 9 & 10.
This Rex is a perfectly restored example of a sturdy, high quality veteran; she comes complete with Pioneer Certificate.