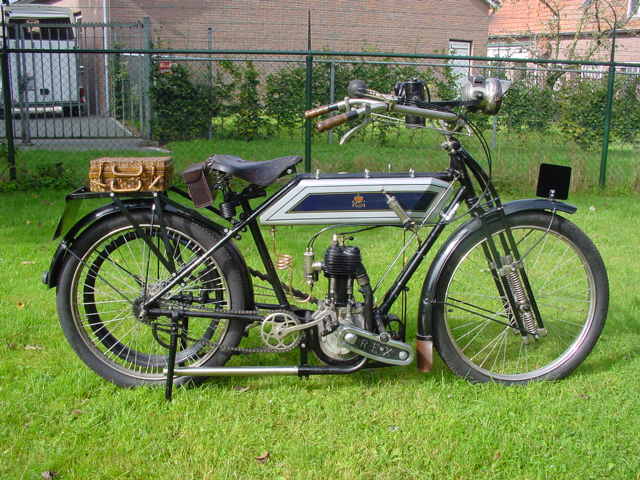 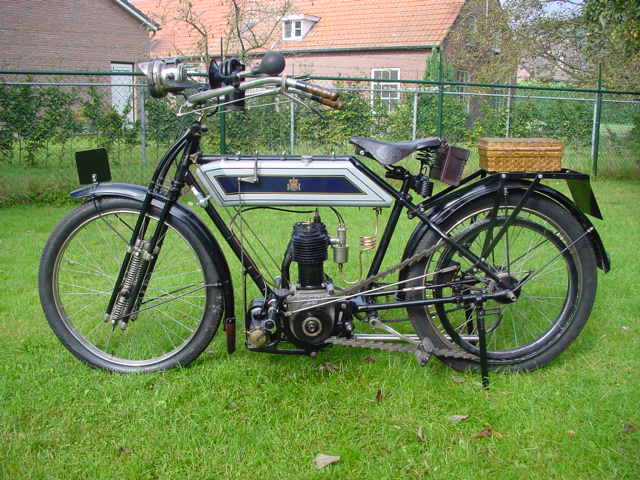 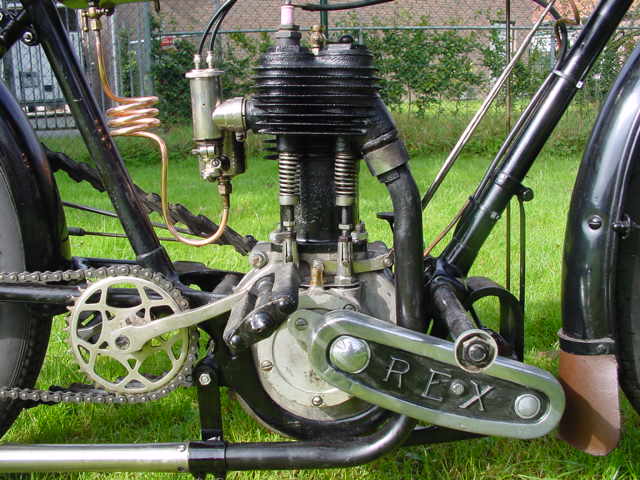 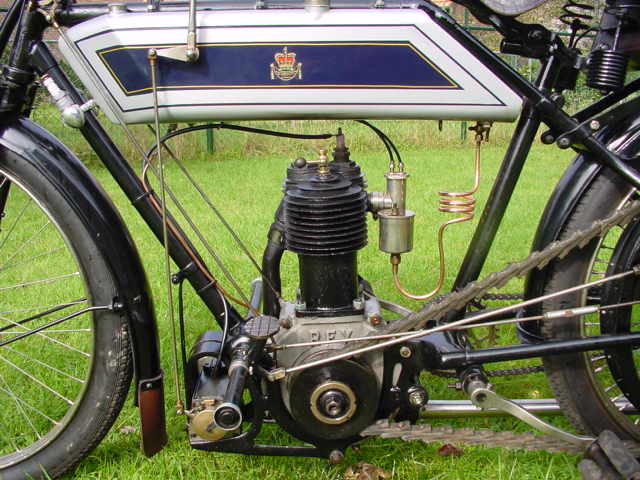 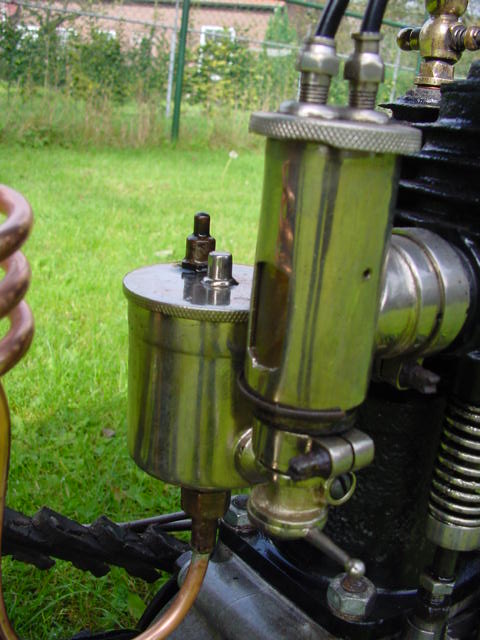 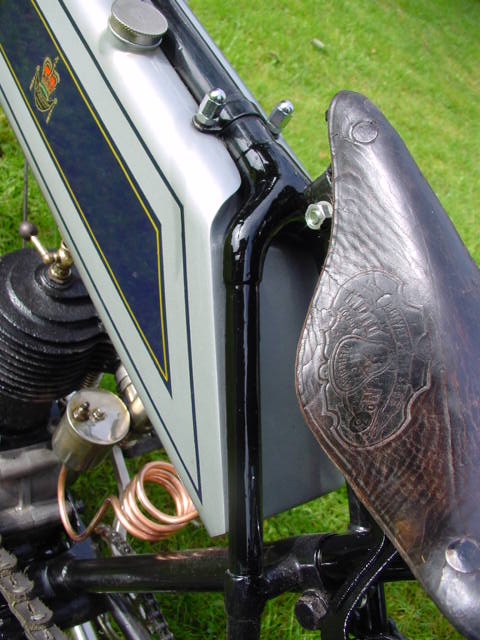 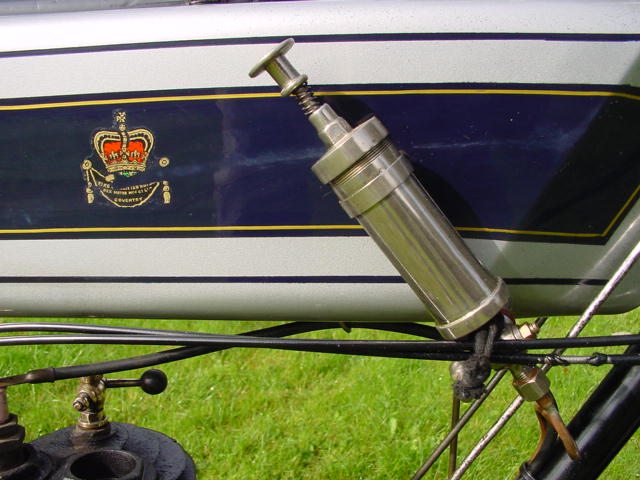 Rex was one of the first and foremost manufacturers of motorcycles in Britain.
Their advertising slogan read “ The King of British motors”, and the firm was a true market leader in design and development.
From 1902 the engine was positioned vertically in the frame, and all parts were made – so claimed the makers- at their own works.
At the 1904 Show no less than 50 Rex machines were on display! In 1905 a mechanical  exhaust valve was adopted and a Longuemare spray carburettor replaced the surface device.
A full two year guarantee on every Rex showed the confidence the makers had in their products.
In  the same year  a V- twin model was marketed and a year later a unique spring fork was added.
In these years also numerous forecar designs were brought out, such as the Tricar and the  Rexette.
In 1908 the well-tried 3 ½ HP single could be had in three modes, “ Tourist” with direct belt drive, “ De Luxe” with Roc clutch only, or with clutch and two-speed gear.
All machines had Bosch magnetos and dropped top tube frames, a feature that most other makes adopted only some 4 or 5 years later. Harold Williams (sales manager) and his brother Billy (managing director) had been with Rex from the early years and their advertising talents and salesmanship had made a profound effect on the company’s success.
In 1910 the brothers both left the firm after a boardroom row and with them went a lot of the company’s prestige.
Billy Williams developed his own brand of motorcycle, the Williamson, powered by a specially made water-cooled Douglas flat twin.
Rex production soldiered on till the outbreak of World War one. After the war Rex had a few very difficult years till the company amalgamated with the Acme firm.
The Rex-Acme machines soon became famous in races.
In 1933 production stopped.
Detailed information about veteran Rexes can be found in Jamie Dee’s articles on the make in “Old Bike” magazines 9 & 10.
The model on offer is in excellently restored condition.