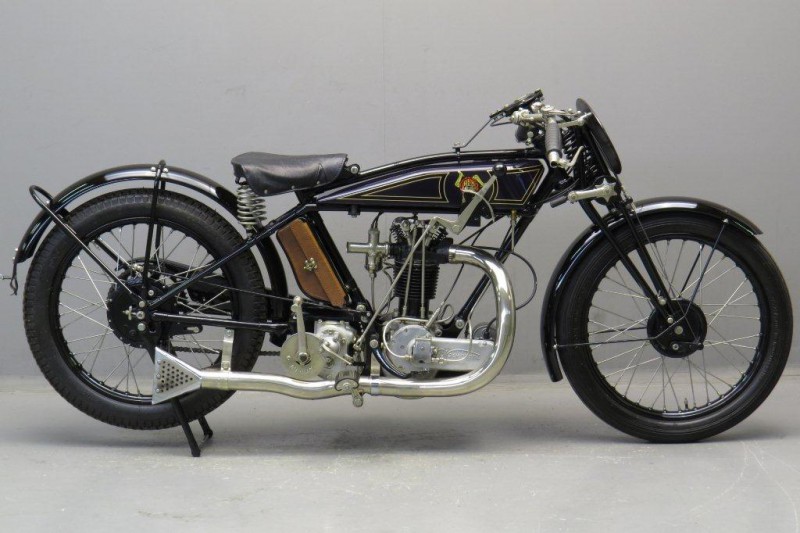 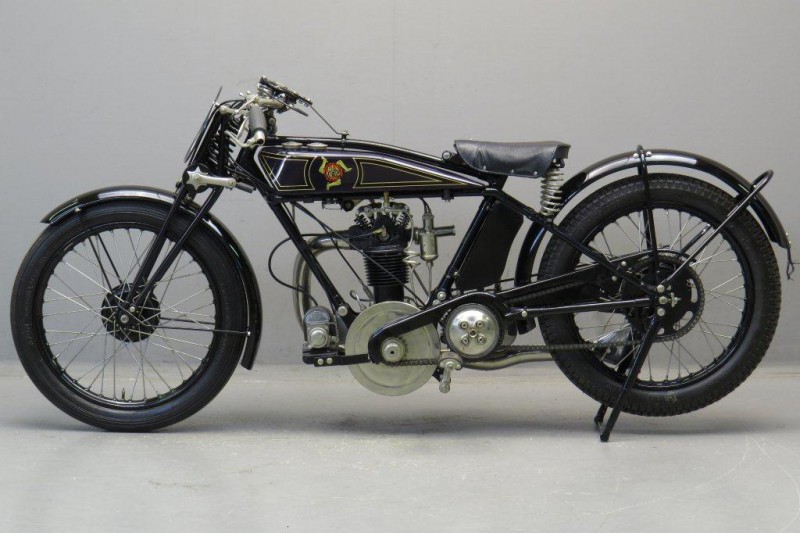 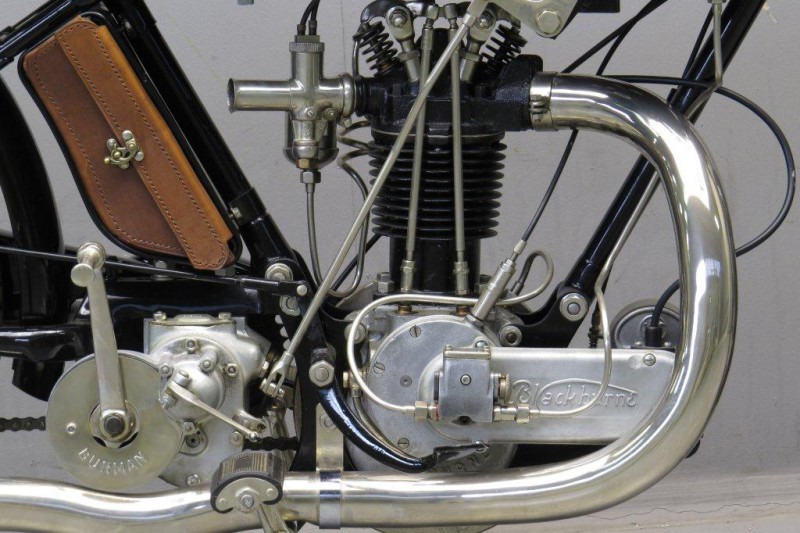 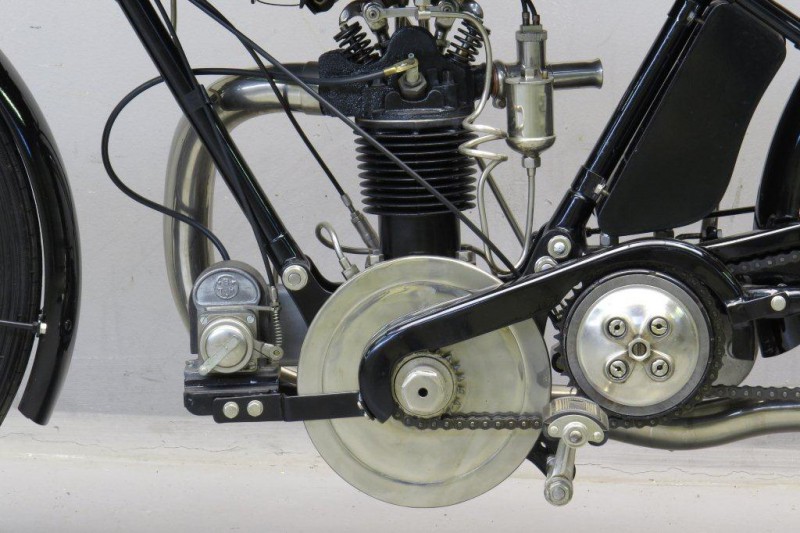 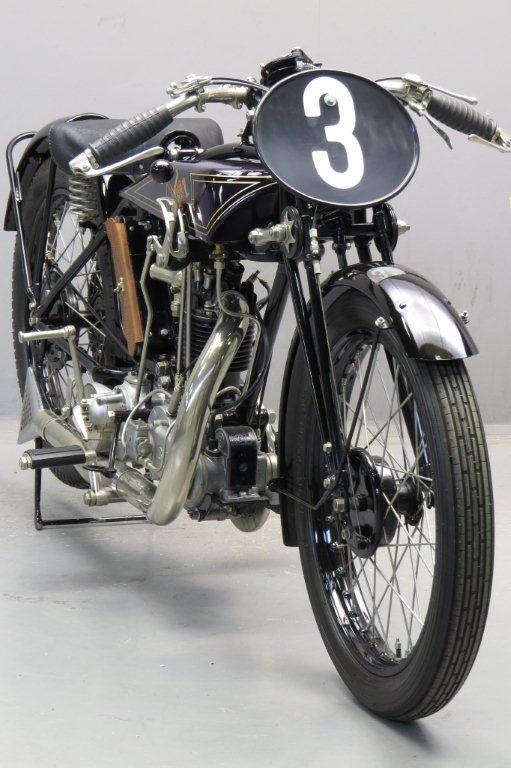 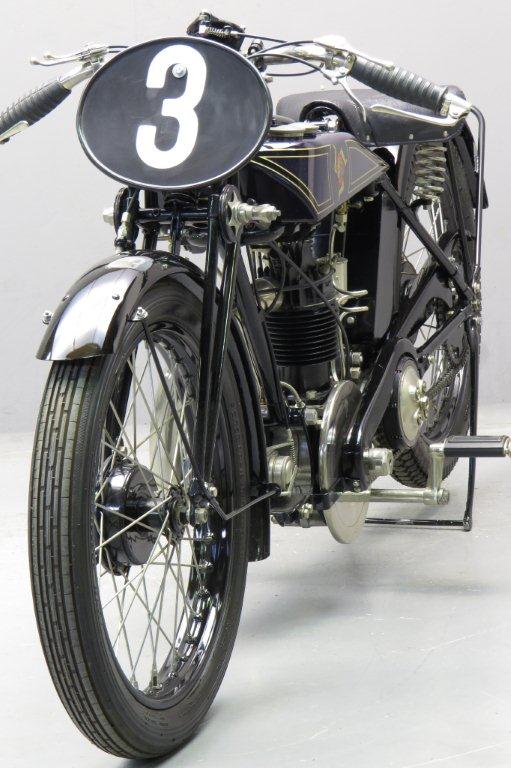 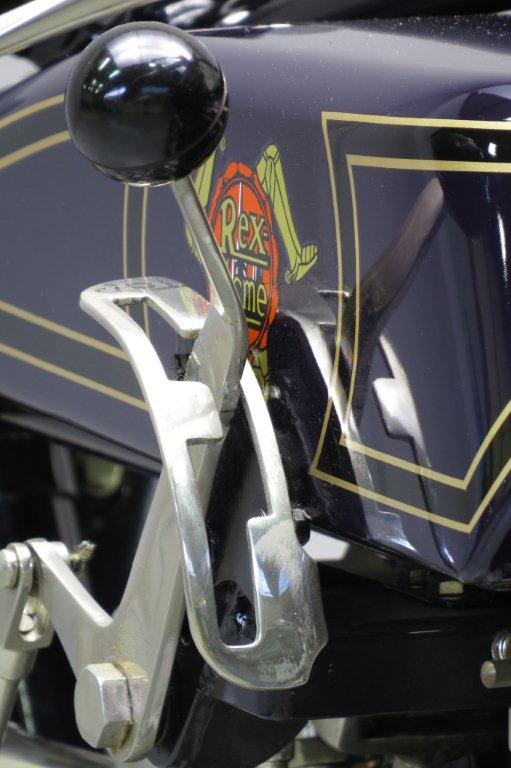 An innovative marque from the time of its inception in 1899 as a motor manufacturer, Rex demonstrated its first motorcycle in 1900 and was soon active in all types of competition, including the inaugural 1907 Isle of Man TT where Billy Heaton’s sprung-fork Rex finished second in the twin-cylinder class.
Rex experimented with 350cc two-stroke and shaft-driven v-twin models prior to WWI, and continued manufacturing its own power units until 1922 when proprietary engines became the norm.
In 1923 the firm signed rising star Walter Handley, a move that would set Rex-Acme (by this time neighbours Coventry Acme had been taken over) on the road to racing success.
Handley had won the 250cc Belgian and Ulster Grands Prix by the end of his debut season, and in 1925 became the first rider to win two TTs in one week: the 350 Junior and 175 Ultra-Lightweight.
Handley’s second place in the Senior was Rex-Acme’s best TT result in 1926, but the marque returned to the winner’s rostrum the following year when Handley won the Lightweight event. The latter was to prove Rex-Acme’s swansong TT victory, for despite all its racetrack successes, both in the Isle of Man and at Brooklands, the firm became a casualty of the Depression and although there was a brief revival, was gone for good by 1933.
Dating from Rex-Acme’s heyday, this 2¾hp, 350cc Blackburne-engined TT Replica  has been on display at  Sammy Miller’s Museum in New Milton, Hampshire.
It is, needless to say, presented in concourse condition.