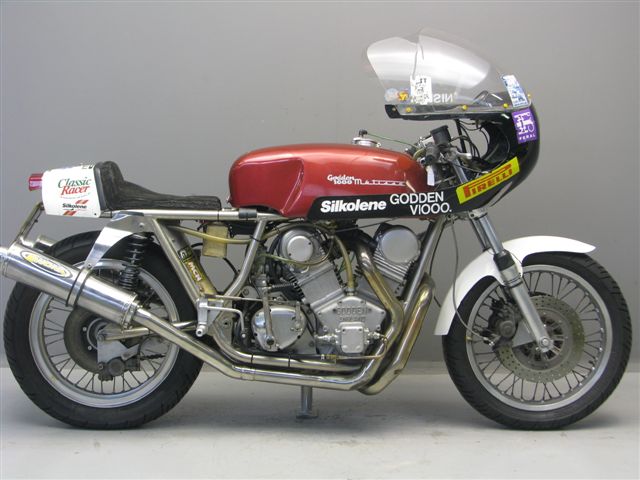 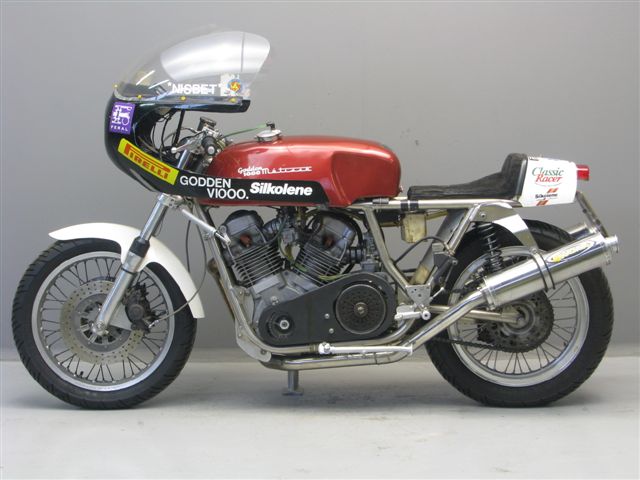 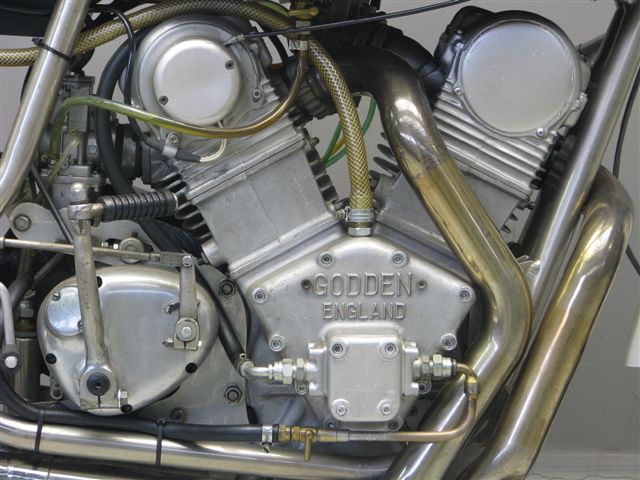 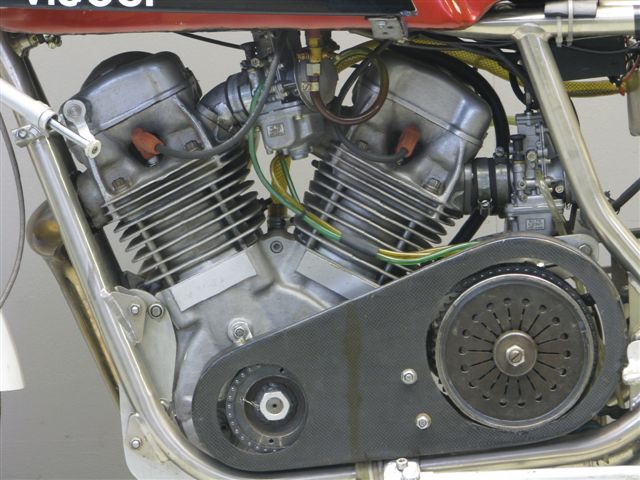 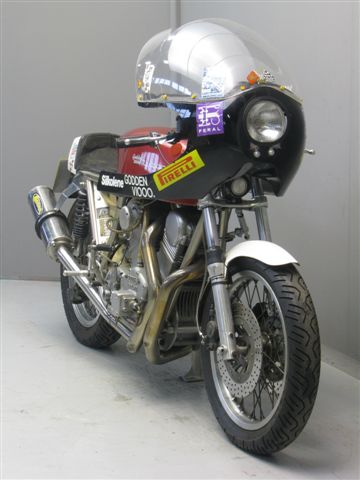 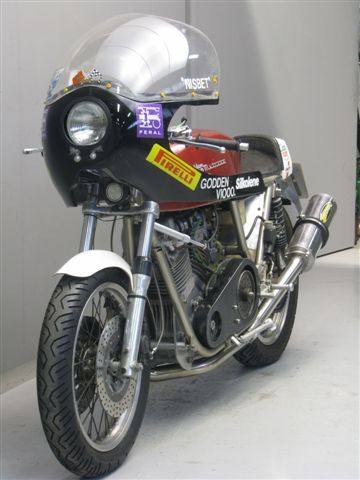 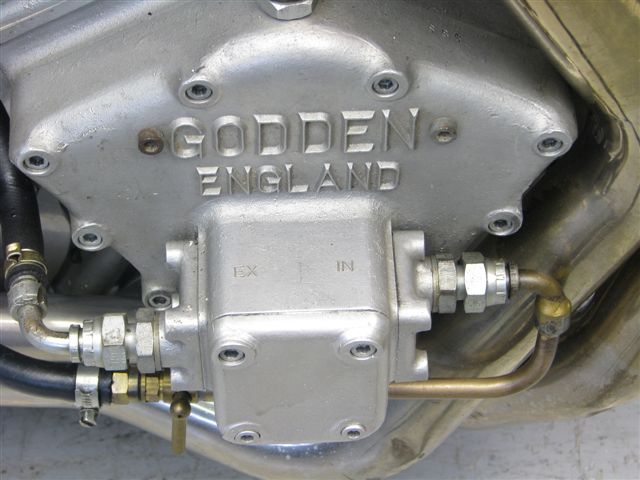 Godden Engineering   www.goddenengineering.co.uk  is a small precision engineering company  founded in the 1970’s by former European Grasstrack Champion Don Godden.
He initially start out by making speedway and grasstrack frames.
Don quickly progressed into engine manufacture for speedway and grasstrack application and by  the end of the 1970’s the GR 500 was an established world class engine, soon to be followed by  the Godden 1000cc SOHC V-Twin.
This ca 1980 1000cc Godden V-twin is merged with one of the best racing frames available at the time, the Rickman Metisse.
Best known for their Metisse frames, Rickman made frame and body kits for competition off-road bikes such as Montesa and Zundapp, and sports road bikes most famous of which were probably the Rickman Hondas, SOHC Honda Four powered machines which were state of the art in the early 1970s.
There were also Matchless roadracers, the Enfield powered Rickman Interceptor, the Triumph Metisse – much favoured for desert racing in the United States , the mighty Rickman Kawasaki 900 and the Goddon 1000cc V-twin.
On methanol the power output would be approx. 128 BHP, however for road use this Godden V-twin is  tuned back to a healthy 100 BHP.
The engine was recently checked over.
This fine and unspoiled racer, converted with lighting for everyday road use,
runs extremely well, but it would take a brave man to exploit its full potential on the road.
Is this the café racers café racer ?