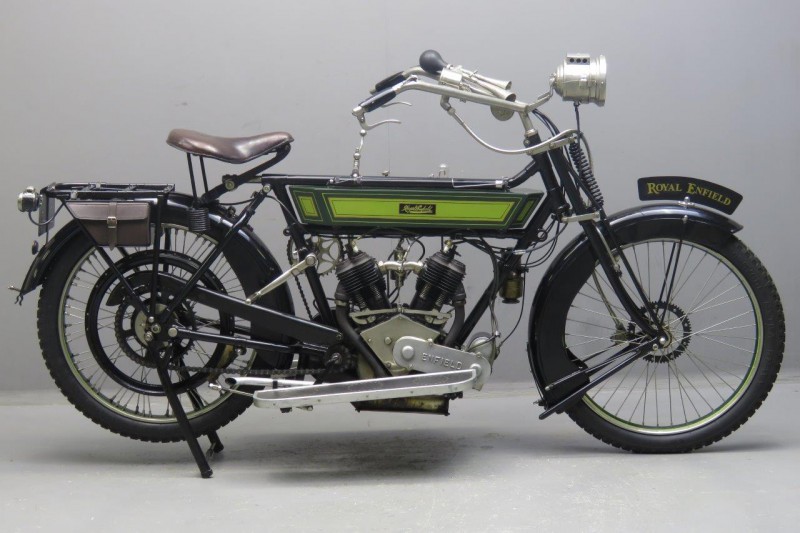 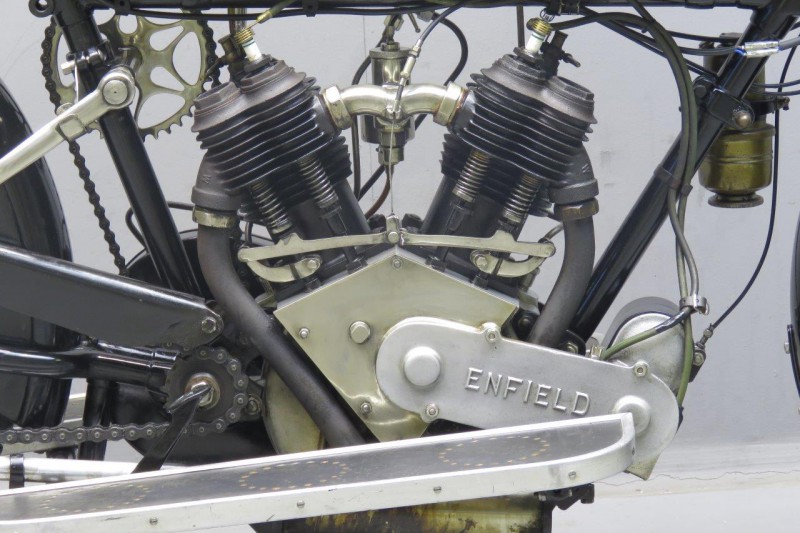 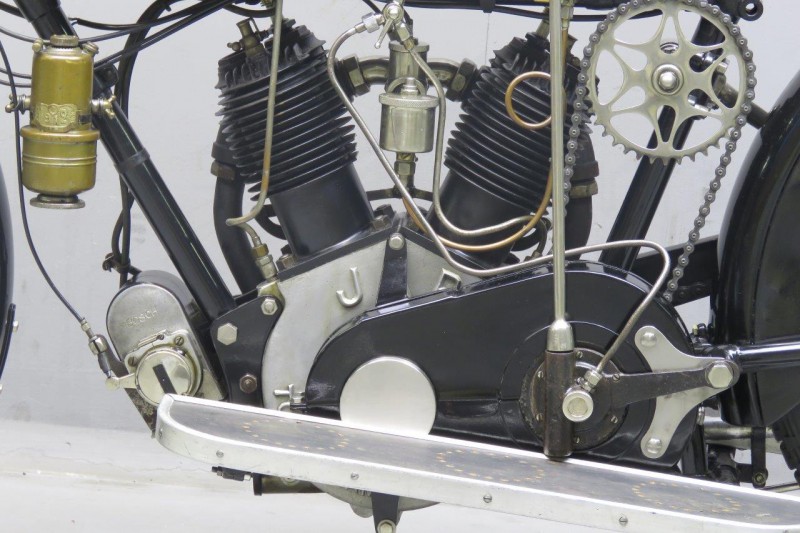 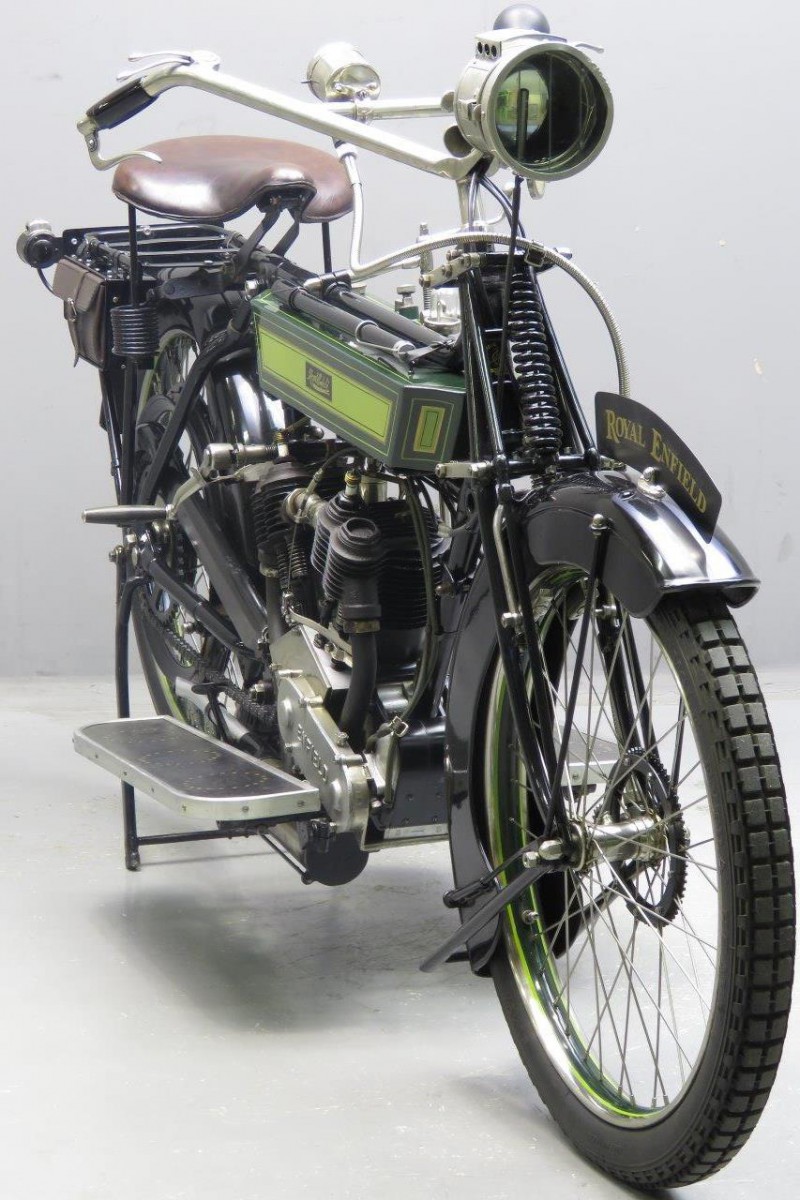 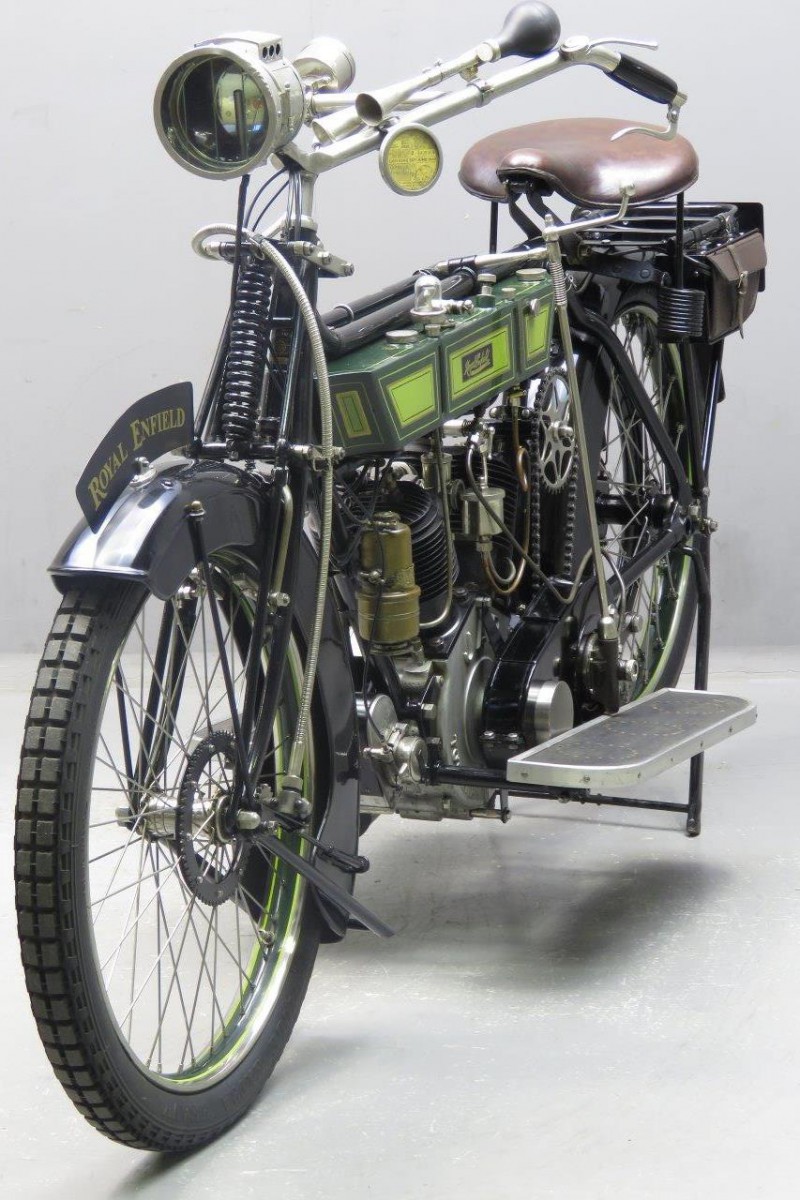 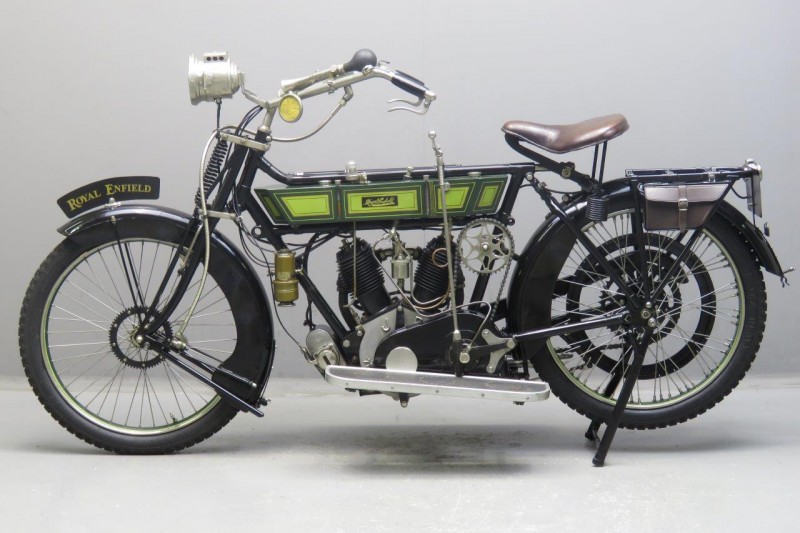 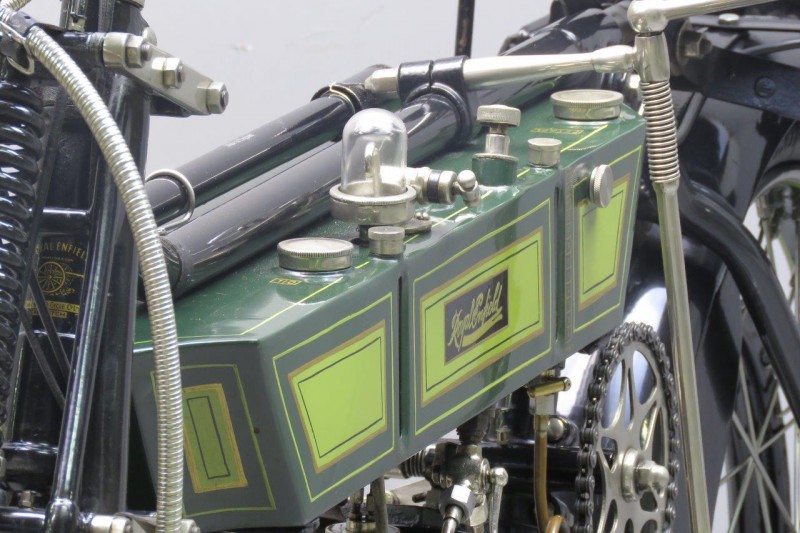 The Redditch  based Royal Enfield firm entered the motorcycle business as early as 1898:  In the early days engines from De Dion powered their tricycles and quadricycles; Minerva supplied the power for the first motorized cycles.
By 1904 the firm was concentrating on car production, resuming motorcycle manufacture in 1910 with a 2¼ HP V-twin Motosacoche-powered lightweight.
A 2¾  HP version with two-speed gear and all-chain drive followed.
These machines were equipped with the famous Enfield two-speed gear, involving twin primary chains. In the rear wheel  hub a rubber cush drive was fitted to take the punch out of the chain drive. This feature was to be incorporated into all Royal Enfields until the very end.
The famous JAP v-twin-engined  6  HP   model, designed to be used  as a strong sidecar puller,  joined the range for 1912.
This impeccable machine  is fitted with Enfield two speed gear, Bosch magneto and AMAC carburetor.
Accessories include Kerry front lamp,  P&H generator and rear lamp and Stewart speedometer.
It comes complete with Pioneer certificate.