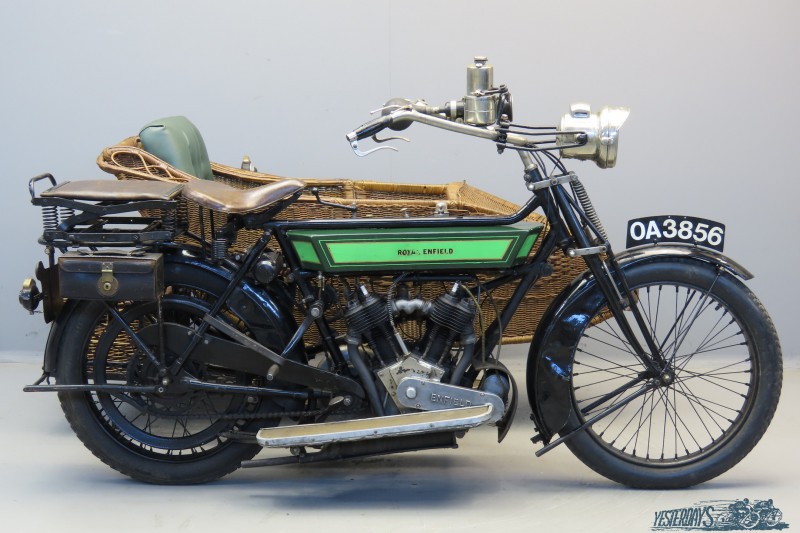 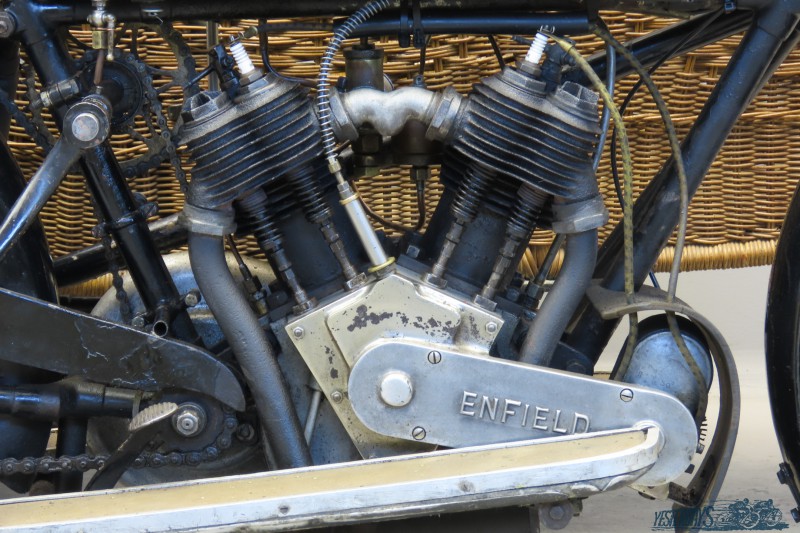 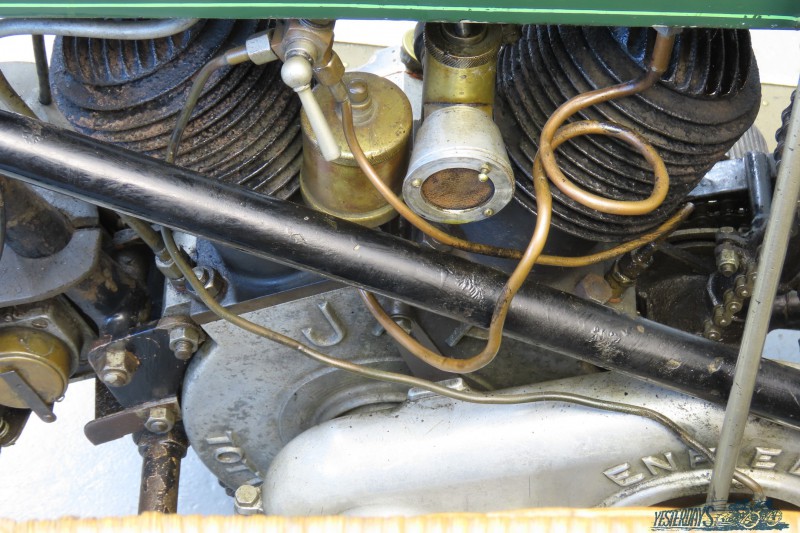 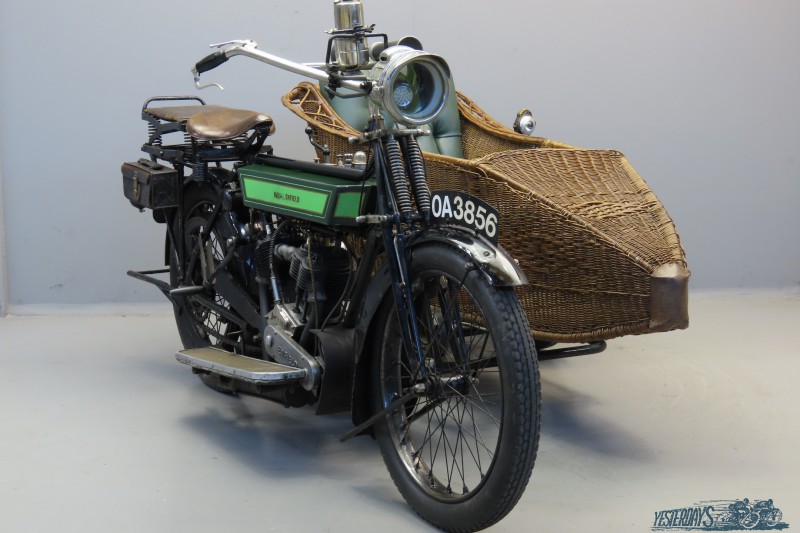 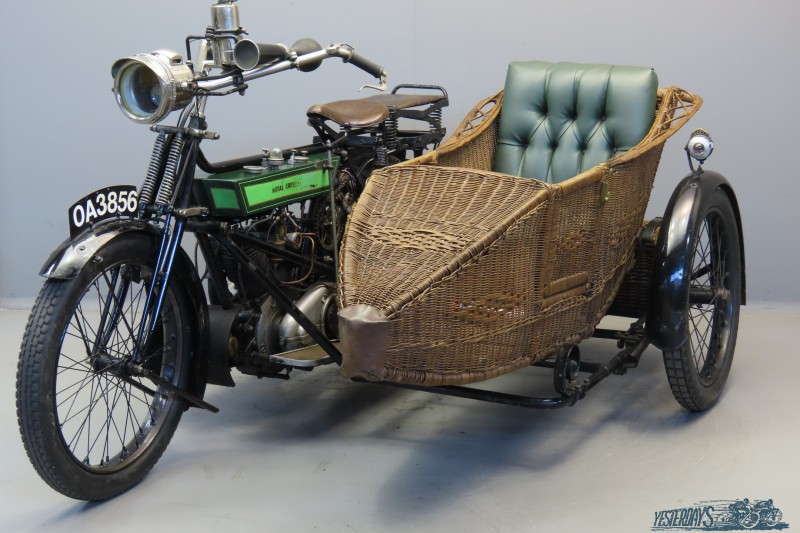 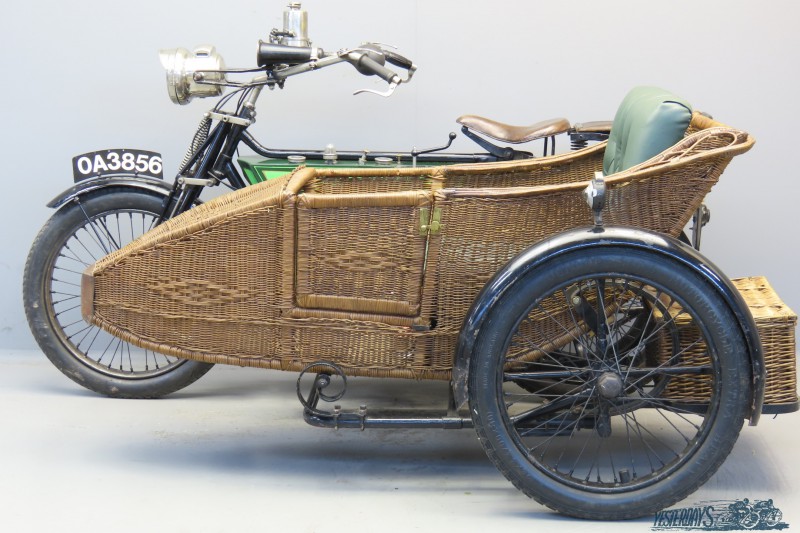 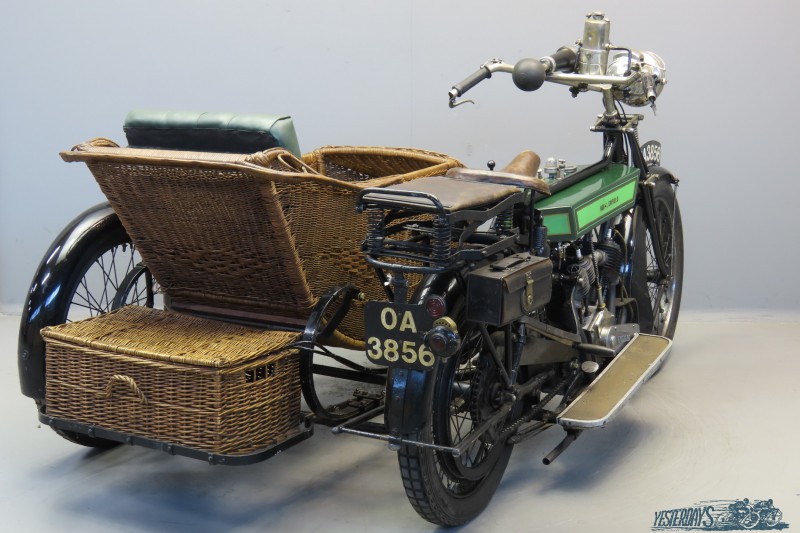 The Redditch-based Royal Enfield firm entered the motorcycle business as early as 1898. In the early days engines from De Dion-Bouton powered their tricycles and quadricycles; Minerva supplied the power for the first motorized cycles. By 1904 the firm was concentrating on car production, resuming motorcycle manufacture in 1910 with a 2¼ HP v-twin Motosacoche-powered lightweight. A 2¾ HP version with two-speed gear and all-chain drive followed. These machines were equipped with the famous Enfield two-speed gear, involving twin primary chains. In the rear wheel hub a rubber cush drive was fitted to take the punch out of the chain drive. This feature was to be incorporated into all Royal Enfields until the very end. The robust JAP v-twin-engined 6 HP sidecar outfit model joined the range for 1912 and remained practically unchanged for 1913; new for 1914 were the double springs in the front forks. The Model 180 was both powerful and reliable, with good lubrication and a foolproof transmission. The machines were often still in use into the thirties. The Classic Motorcycle of December, 1997 contains an interesting article about a 1914 Model 180.
The splendid machine offered here belonged for many years to the late Dr. G. Hadfield, FRCS, who served in the motor cycle community for many years. Hadfield began as an army medic where he gained experience with motor cycling, which led to a career as a Medical Officer for most of the British motor cycle circuits. During his time as a Medical Officer, Hadfield gave first-aid attention to Duke, Hailwood and Agostini, amongst others. Later in his career, he became President of the FIM Medical Committee. Always a confirmed enthusiast, he was a regular finisher in Banbury and Pioneer Run motor cycle events. The Enfield is in sound mechanical order and is fitted with an ingenious electric starter that was fitted by Dr Hadfield. The wicker sidecar body is in good condition, as is the upholstery. The former owner has gained a Finisher’s Award at the Pioneer Run for ten consecutive years. The combination comes with sidecar-mounted fire extinguisher, comfortable pillion seat, Lucas bulb horn and Miller acetylene lighting system. Accompanying documents include a Pioneer Certificate, a sheet with practical starting and running instructions and a photostat copy of handbook and parts list.