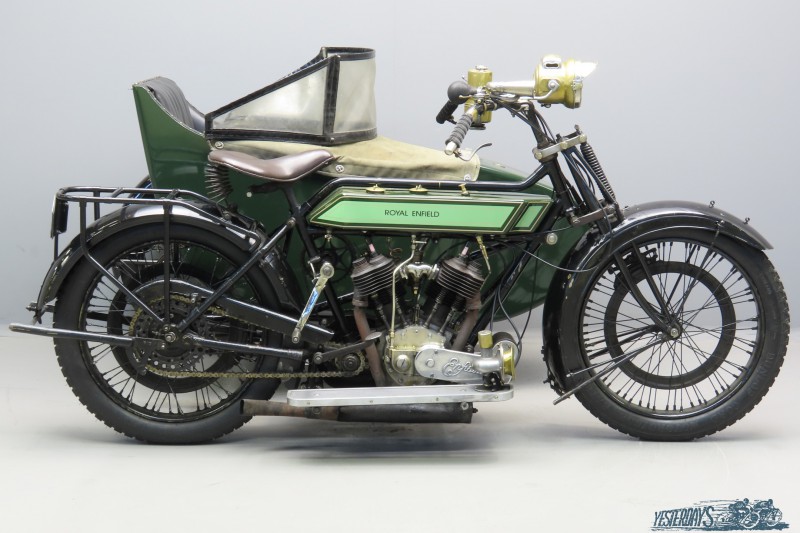 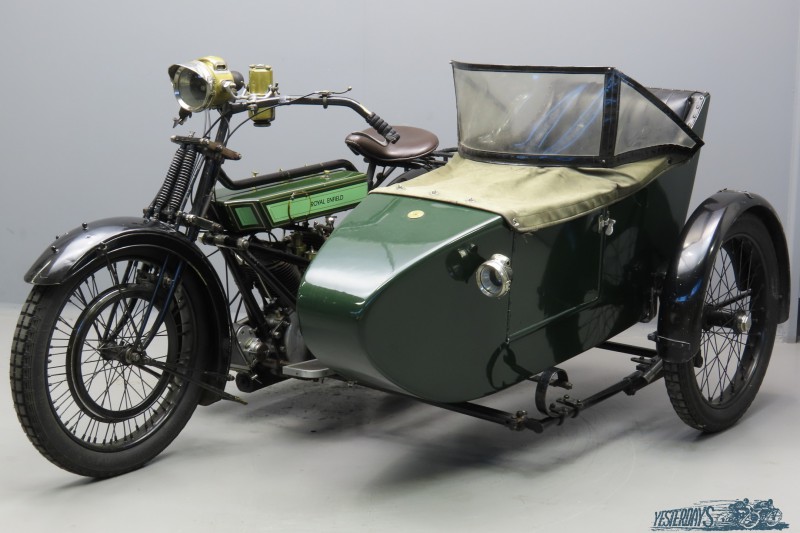 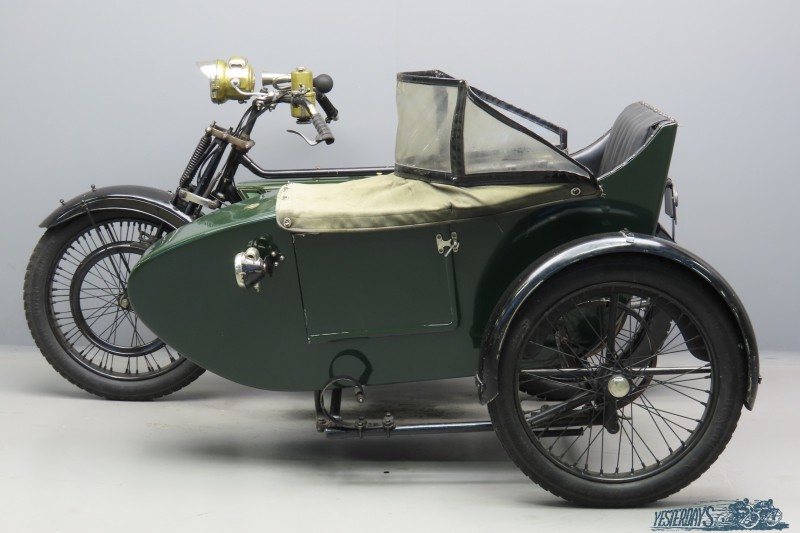 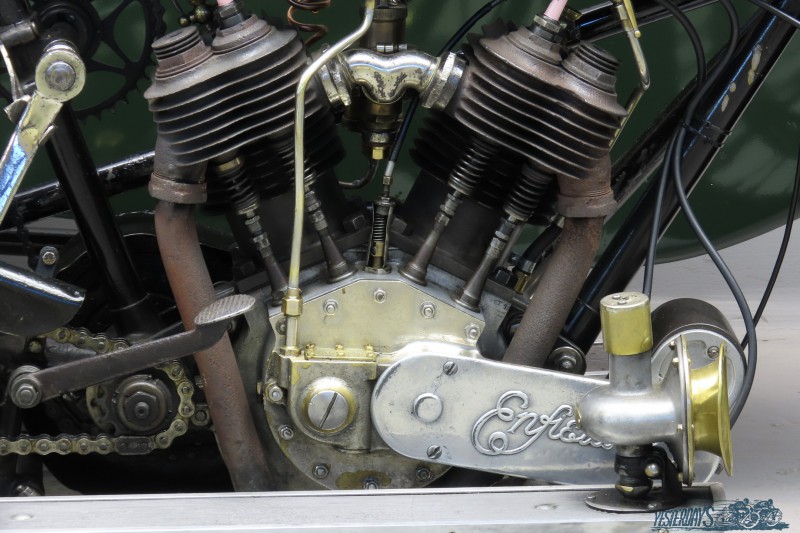 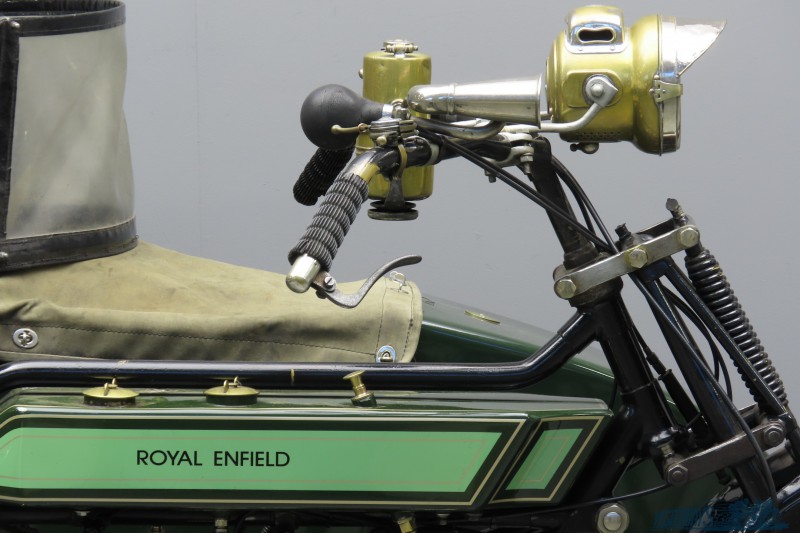 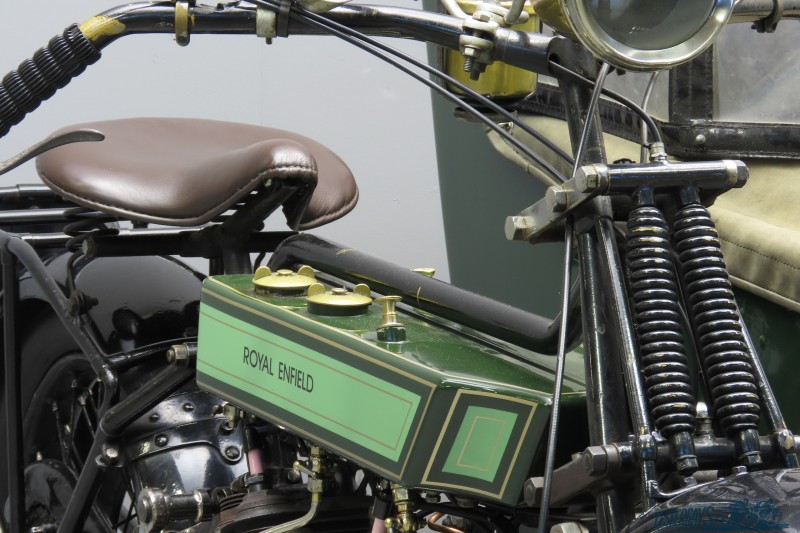 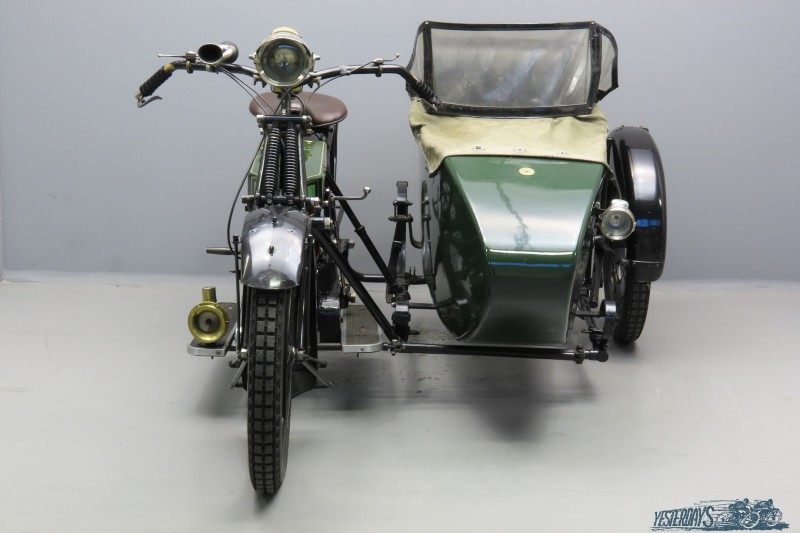 Shortly after World War 1 the British motorcycle market became a real seller’s market with manufacturers struggling to meet the sharply increased demand.
Production of motorcycles increased from 65,000 machines in 1919 to 100,000 machines in 1920.
But rising material and labour costs forced manufacturers to increase prices and the boom conditions soon passed.
roduction fell to 80,000 machines in 1921 and to 60,000 in 1922.
From then on things went better again with a rise to 80,000 machines in 1923.
The peak would be reached in 1927 when 160,000 motorcycles were produced throughout Britain.
The Enfield Company had maximised production by concentrating on the well-respected 2¼ hp two stroke solo and large capacity v-twin combinations.
In 1919 and 1920 6hp and 8hp JAP engines had been employed, but for the 1921 model year the twins were propelled by 8hp 976cc Wolseley engines that were designed by Enfield and built by Vickers Ltd.
The engines were sturdily built and had mechanical lubrication.
The well-established Enfield two-speed gear was retained but was now lubricated with a large lubricator fitted above the operating mechanism.
The Wolseley engine remained into production until the end of 1924 when Enfield switched to manufacturing their own engine, which, like the earlier JAP, had a single camshaft. (Source: Peter Miller, “Royal Enfield, the early history-1851 to 1930”)

This older-restoration Model 180 comes with a comfortable Royal Enfield sidecar that is complete with tonneau cover and windscreen.
The combination is fitted with a Powell and Hanmer acetylene lighting system, Cowey horn on the right hand side footboard and handlebar-mounted bulb horn.
For almost 30 years she has been in the custody of the former owner.
He covered thousands of miles in vintage club runs through many European countries with the combination, a broken chain and some flat tyres being the only roadside problems that were encountered.
A number of years ago the engine got new pistons, valves and guides and big end bearing.
This sturdy combination is ready for many more miles in the hands of a new owner.