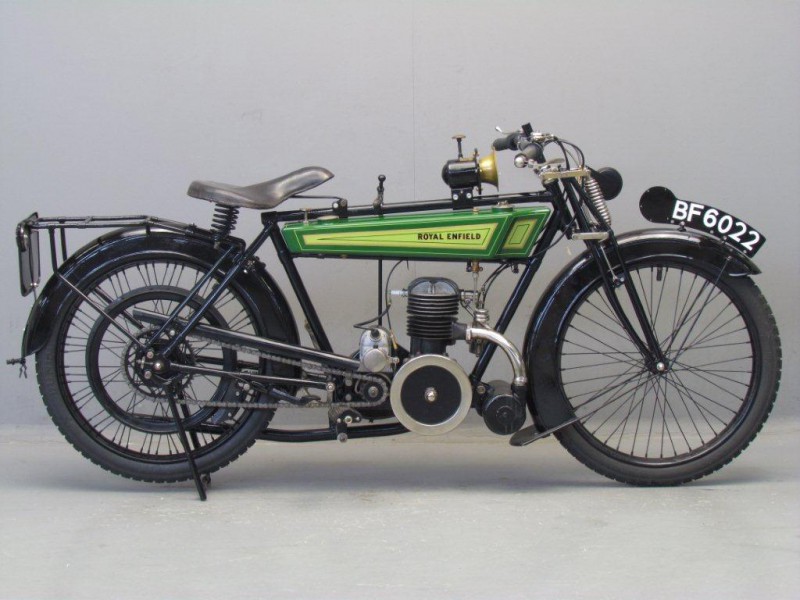 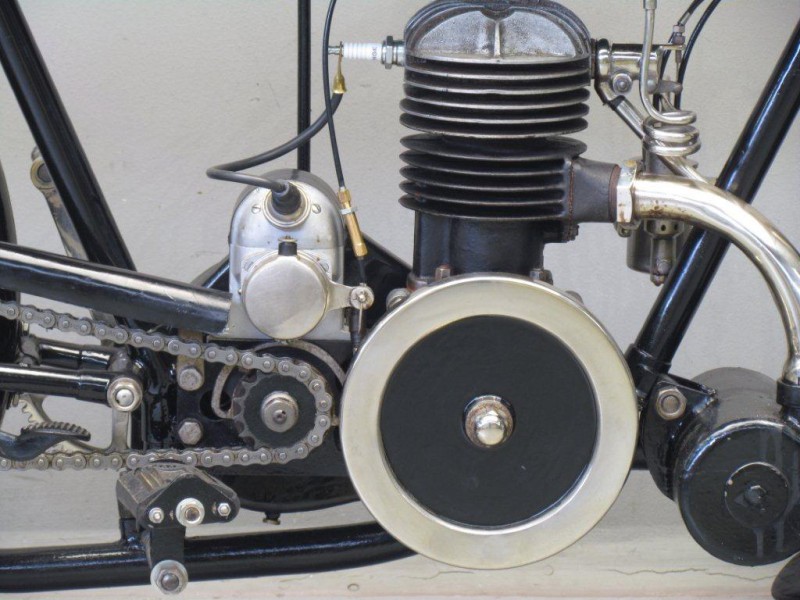 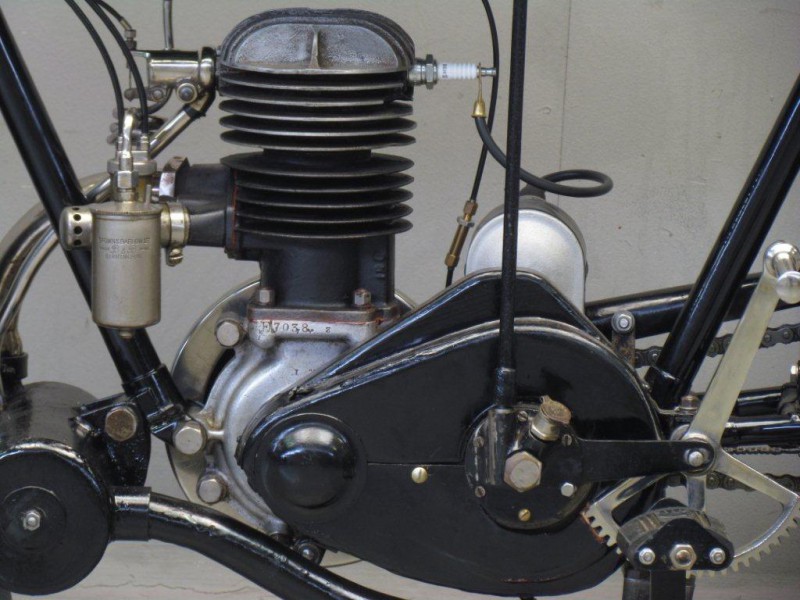 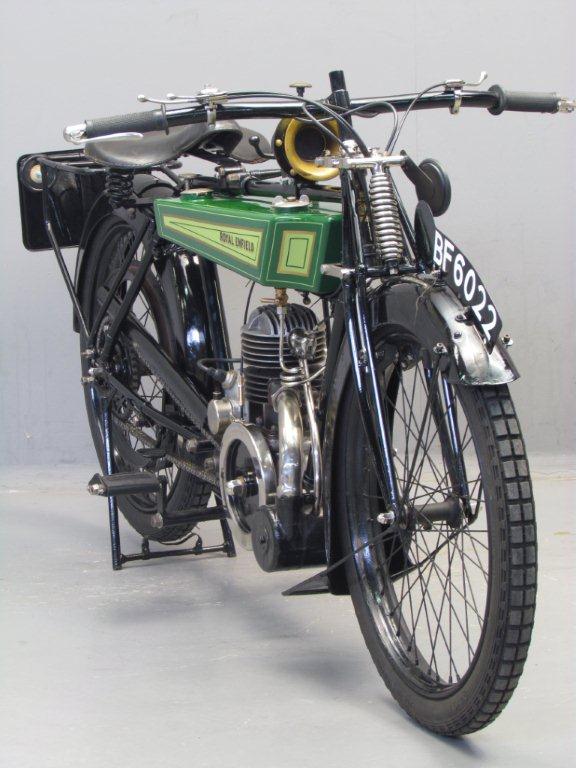 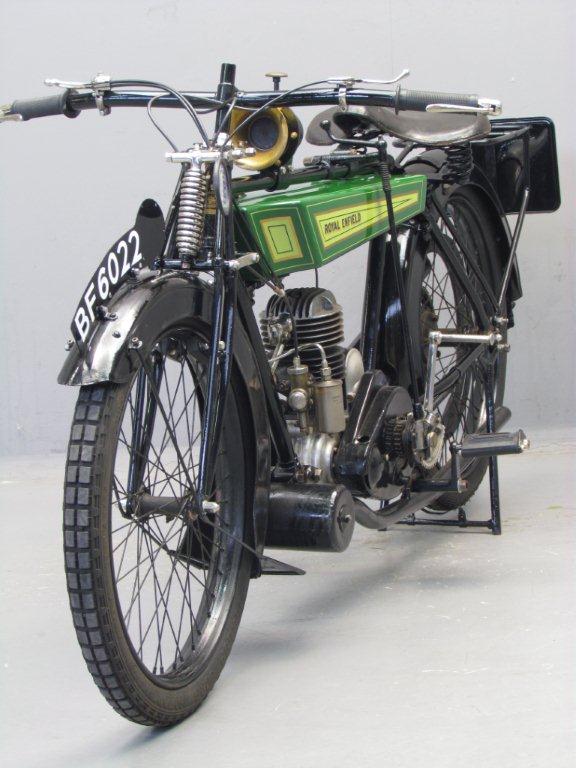 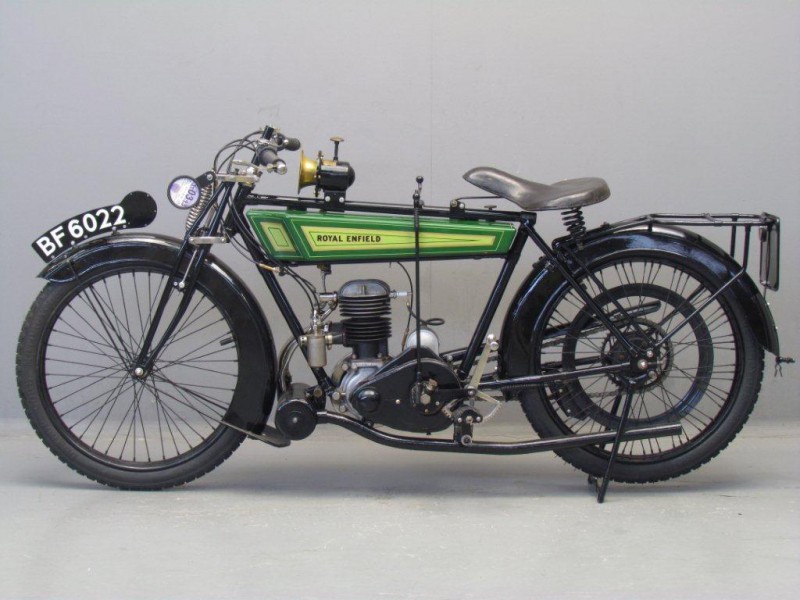 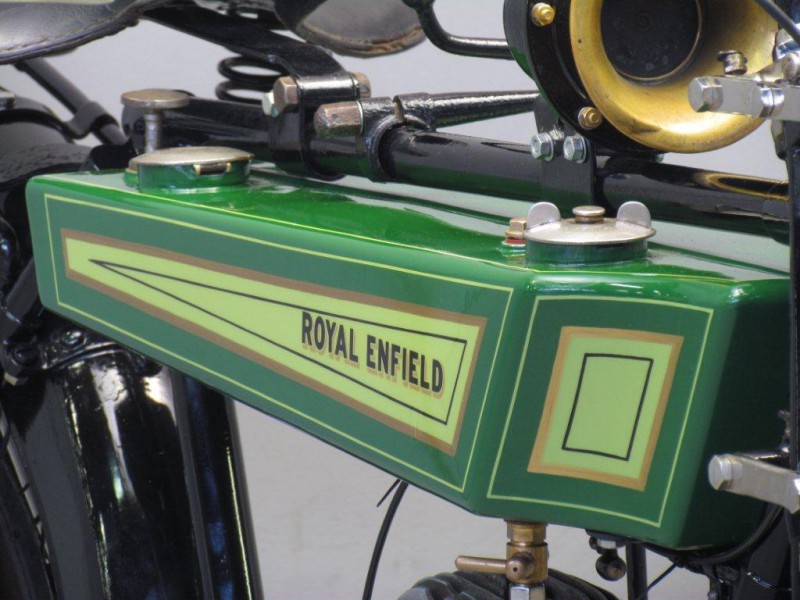 The Redditch  based Royal Enfield firm entered the motorcycle business as early as 1898.
In the early days engines from De Dion powered their tricycles and quadricycles; Minerva supplied the power for the first motorized cycles.
In the years before WW I  the company was very successful with light  Motosacoche-engined V twins.
These machines were equipped with the famous Enfield two-speed gear, involving twin primary chains.
In the rear wheel hub a rubber cush drive was fitted, to take the punch out of the chaindrive.
This feature was to be incorporated into all Royal Enfields until the very end.  In the 1914 Junior TT eight out of nine Royal Enfield twins finished, with a very creditable five in the first twenty places.
Directly after the Great War Enfield marketed two successful models: the  light 2 ¼ HP two stroke and the V-twin sidecar machine.
Actually the little  two stroke had already been presented to the  public in 1914, but due to the war few machines were made before 1919.
The machine’s frame is remarkable in that the top rail is set at an angle down from the headstock to the saddle tube.
This gives a low saddle position without the necessity to bend    (and weaken) the top tube.
This arrangement also results in a handsome, wedge shaped petrol tank.
The power from the engine is transmitted through Enfield’s own two speed gear.
Note the typical “tram handle” gear change lever.
This vintage lightweight has been restored  and  is equipped with  tank top mounted mechanical  “Premier”  push horn.