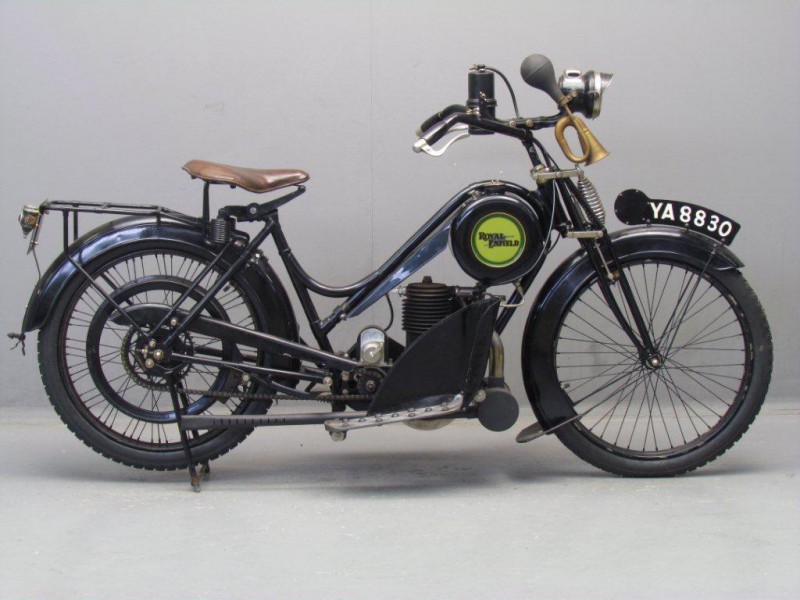 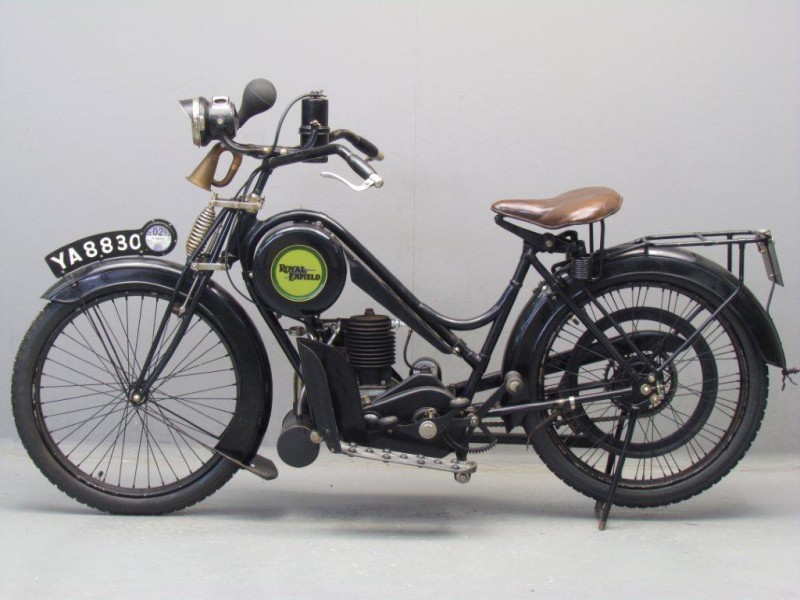 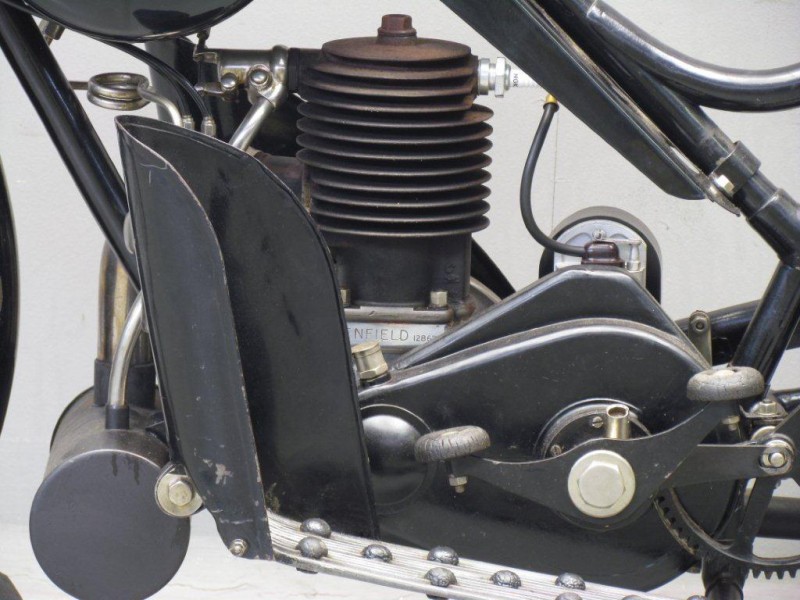 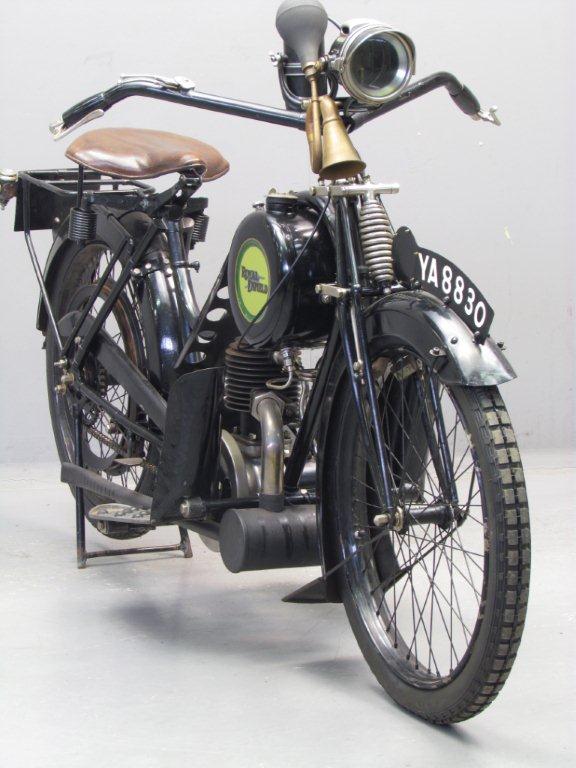 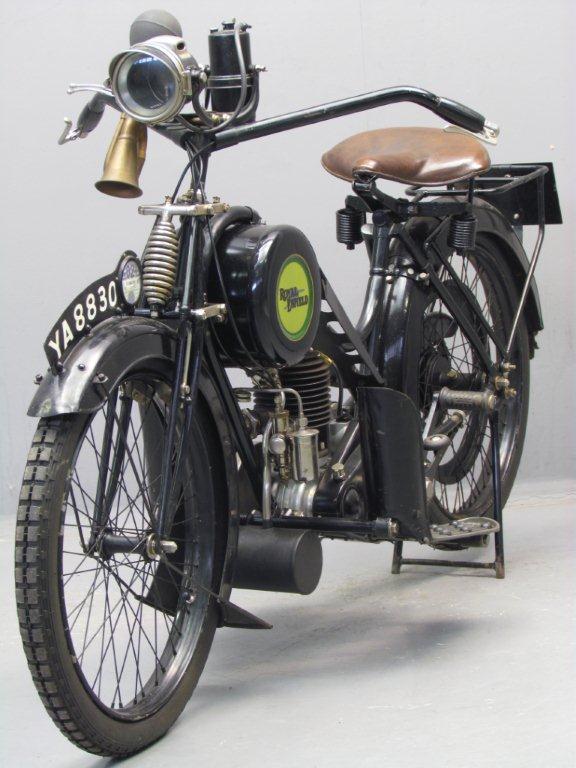 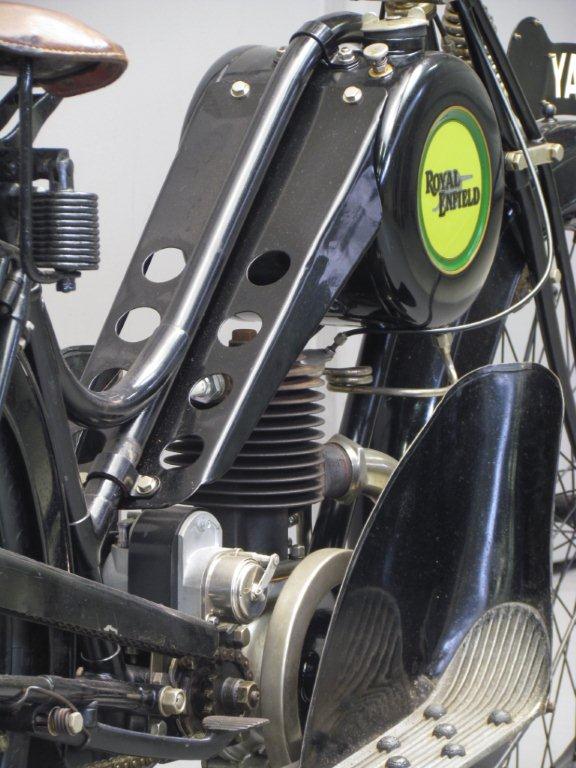 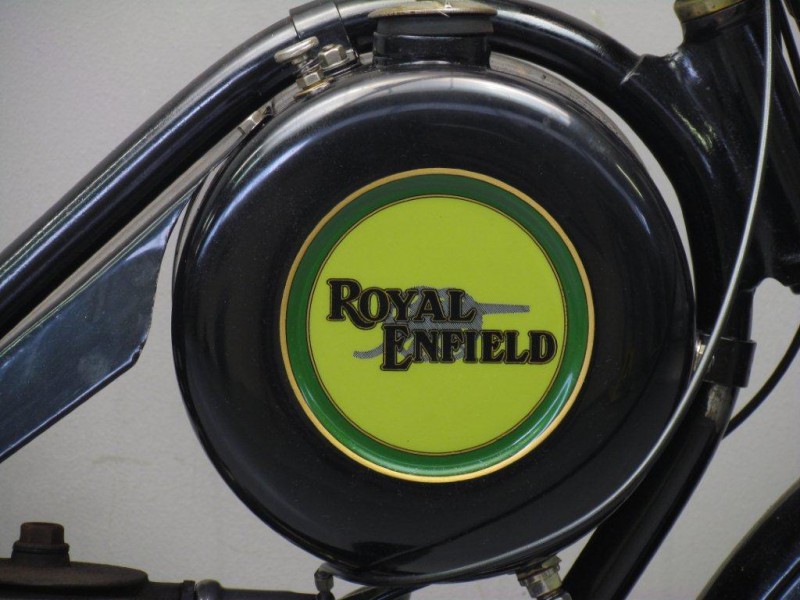 Directly after the Great War Enfield marketed two successful models: the light 2 ¼ HP two stroke and the V-twin sidecar machine.
Actually the little two stroke had already been presented to the public in 1914, but due to the war few machines were made before 1919.
The well-made lightweight with bore x stroke dimensions of 64 x 70 mm attracted much attention and was an excellent seller.
It was designated “Model 201” and for the 1922 model year even a “Sports” version was brought out with semi-TT handlebars and sports exhaust.
The power from the engine was transmitted through Enfield’s own two speed gear.
In the early models this was affected by a typical “tram handle” gear change lever, but the 1924 models were fitted with such refinements as a kickstarter and foot-operated gear.
A newcomer in the 1924 catalogue was the open frame Model 201A, that was introduced in the catalogue as “suitable for the lady or gentleman who wishes to use a motorcycle for shopping, riding to golf etc.”.
This charming vintage lightweight has been restored and is equipped with Miller acetylene lighting and bulb horn.