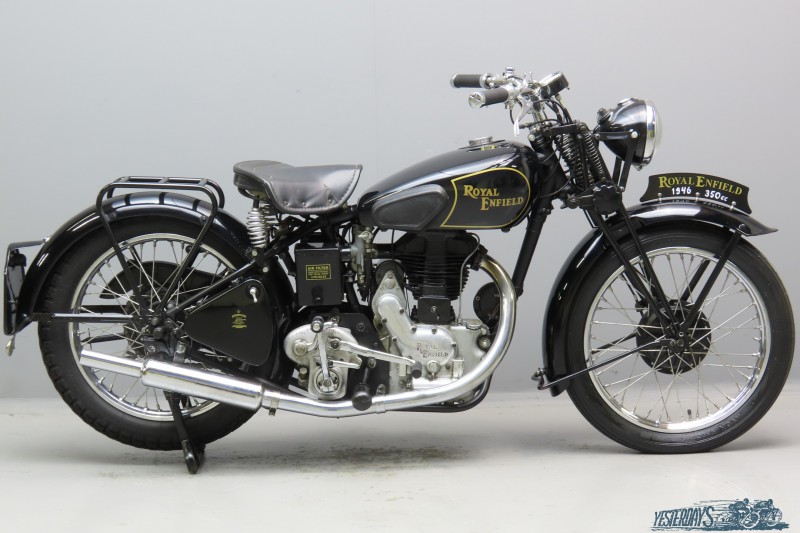 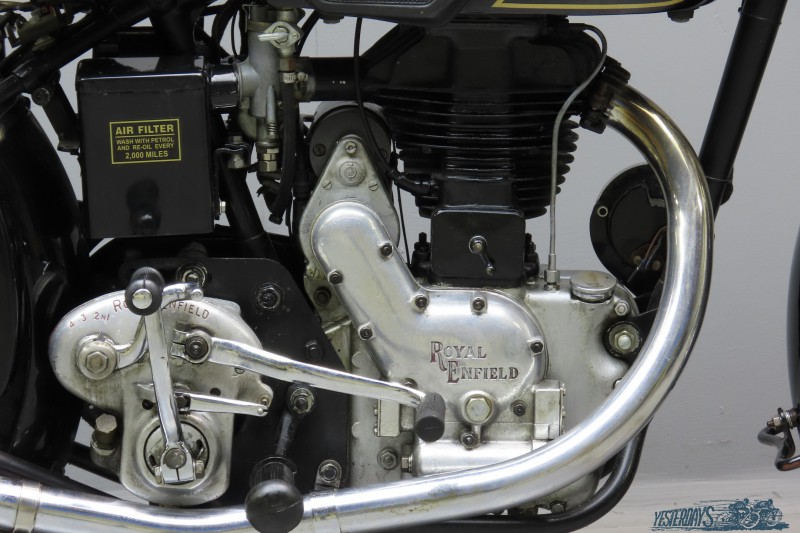 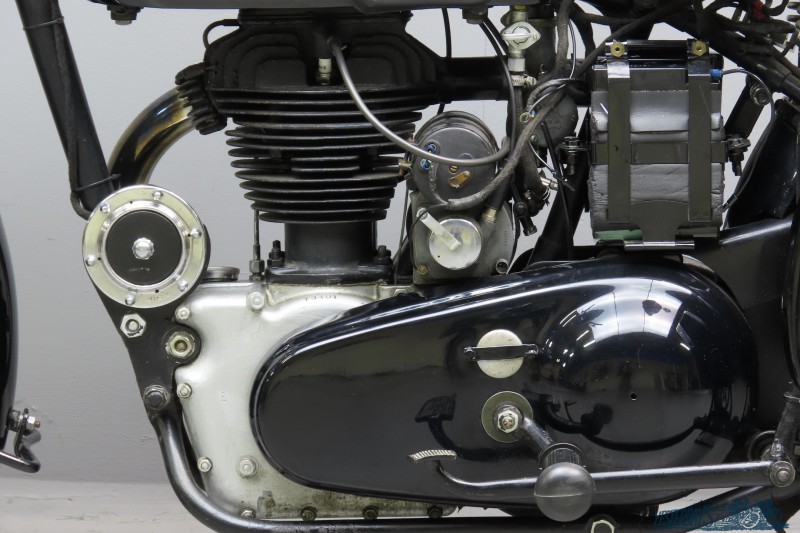 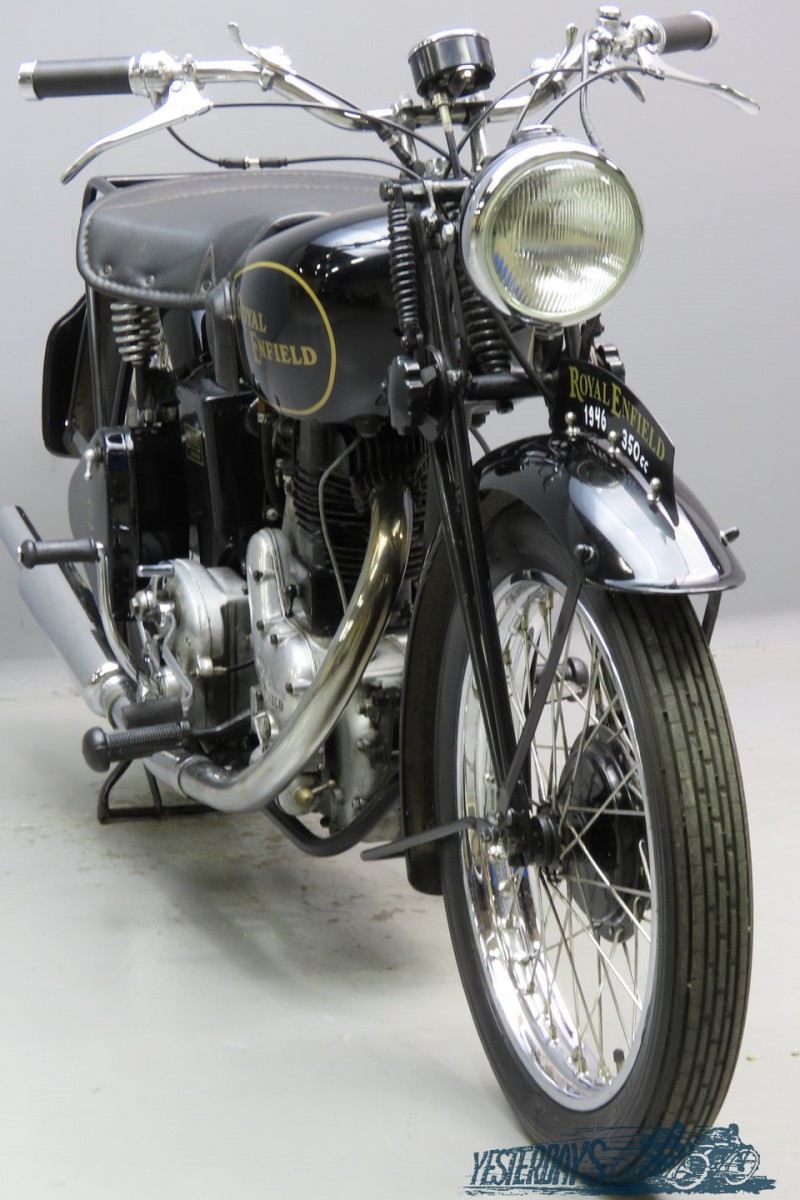 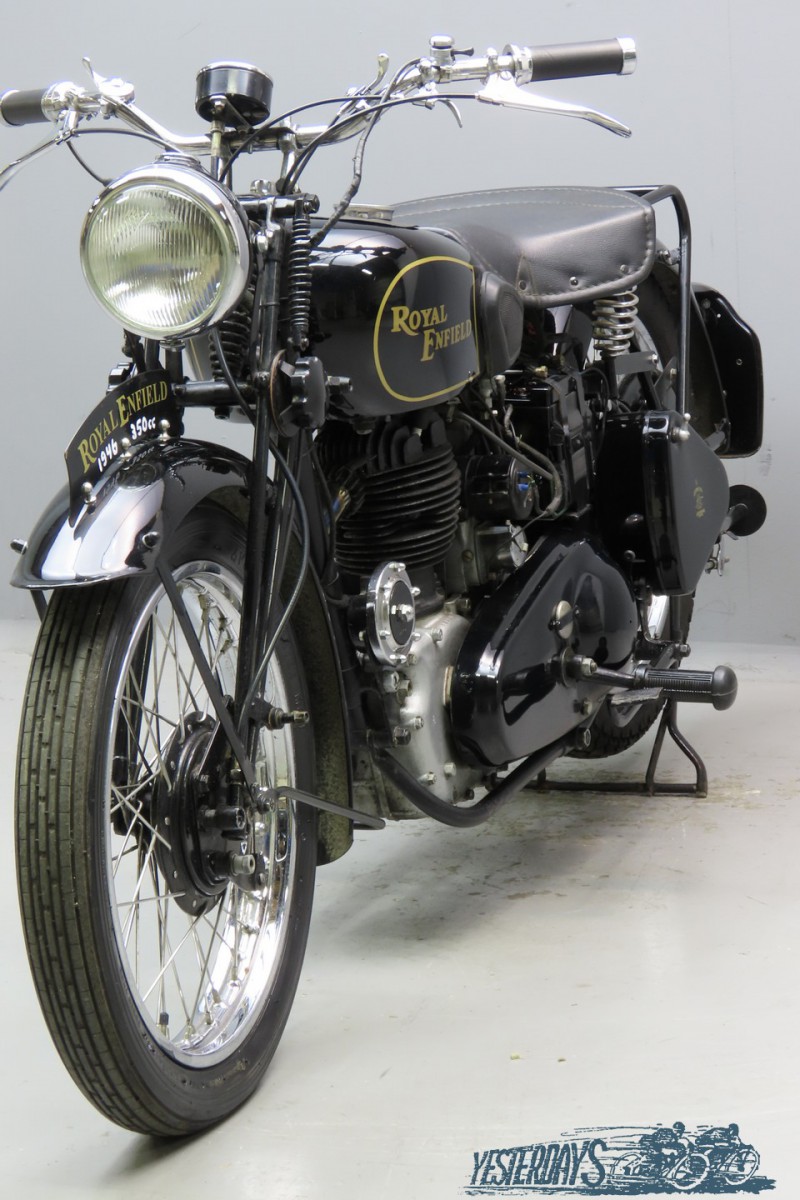 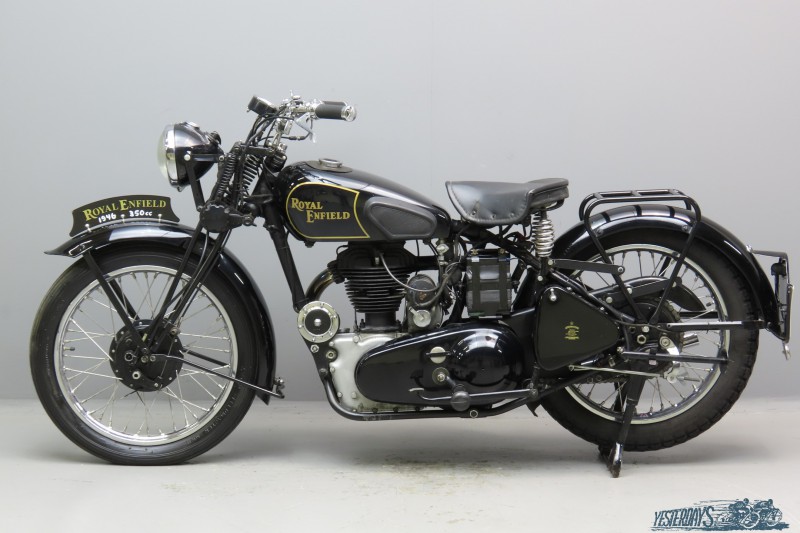 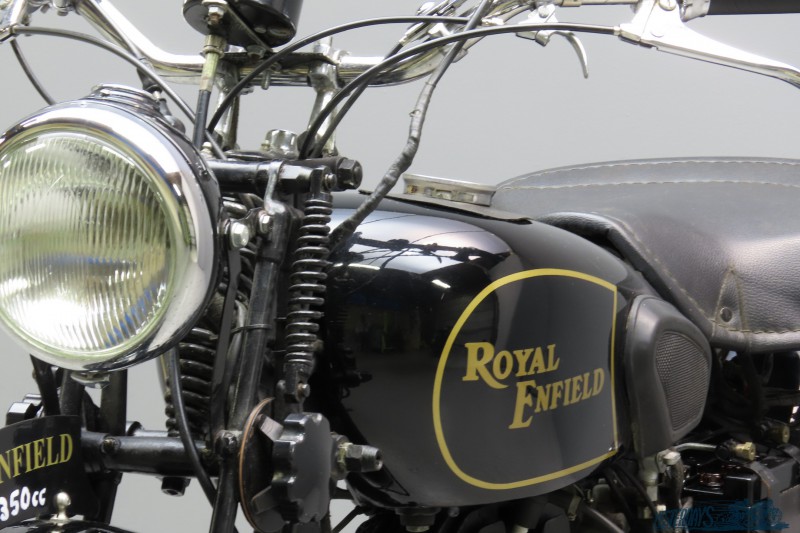 The Redditch based Royal Enfield firm entered the motorcycle business as early as 1898: In the early days engines from De Dion powered their tricycles and quadricycles; Minerva supplied the power for the first motorized cycles.
In the years before WW I the company was very successful with light Motosacoche-engined V twins.
These machines were equipped with the famous Enfield two-speed gear, involving twin primary chains.
In the rear wheel hub a rubber cush drive was fitted, to take the punch out of the chaindrive.
This cush drive was to be incorporated into all Royal Enfields until the very end.
The 1939 range consisted of no less than 18 models, ranging from a 148cc OHV midget to a 1140 cc V-twin giant.
The “CO” was a sturdy 350 OHV with bore and stroke of 70×90 mm and a four speed Albion gearbox.
The lubrication oil was carried within a compartment cast integrally into the front of the crankcases, a feature that Royal Enfield would use for many years.
The weight was 133kg, maximum speed was around 110km and the petrol consumption was a modest 3 litres per 100km.
During the war the “CO” was produced in military trim and after the war many ex-army machines were brought back to civilian specifications.
The machine on offer was first registered in April 1946 in Sweden and is a well-running older restoration fitted with Smiths speedometer and practical side stand.