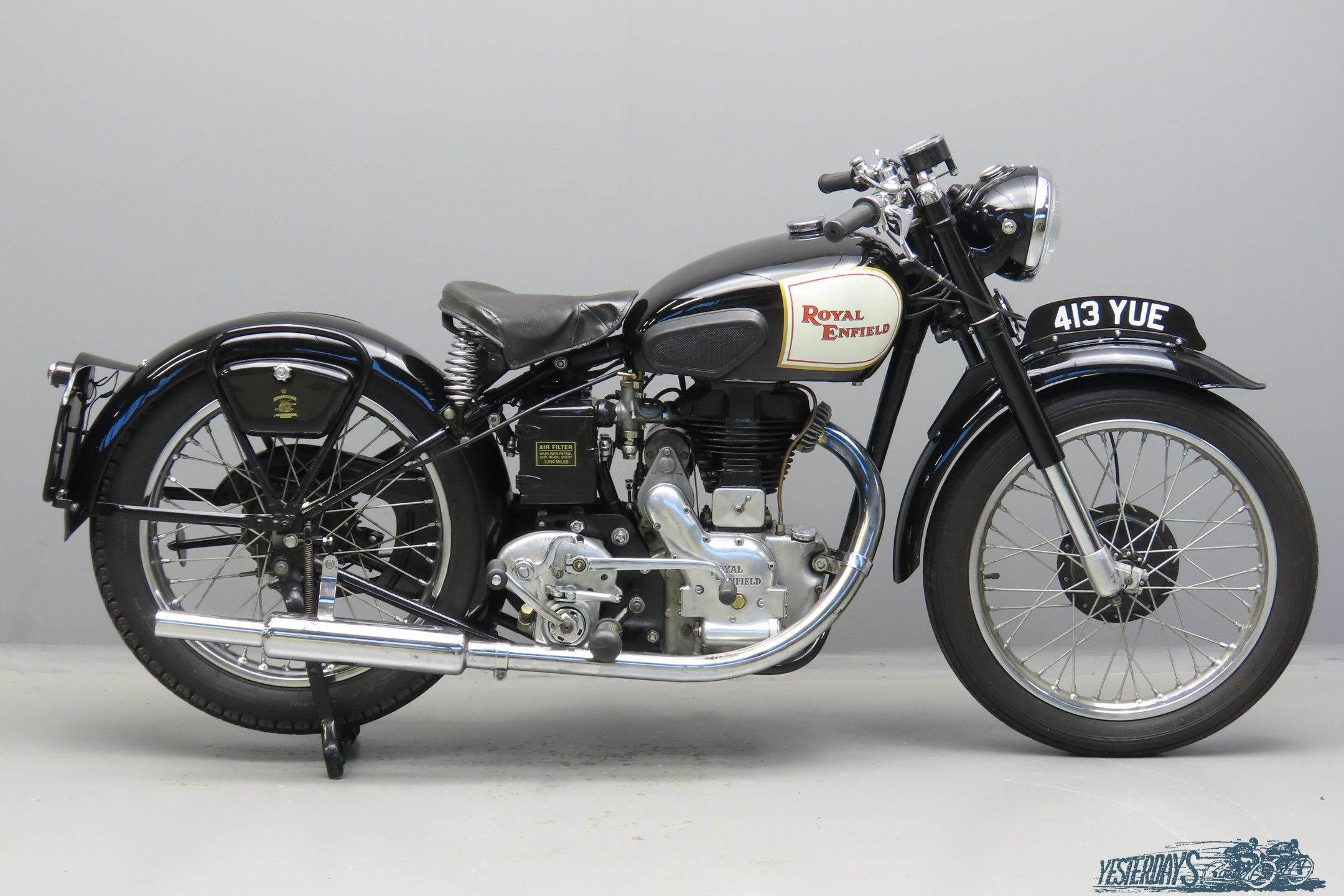 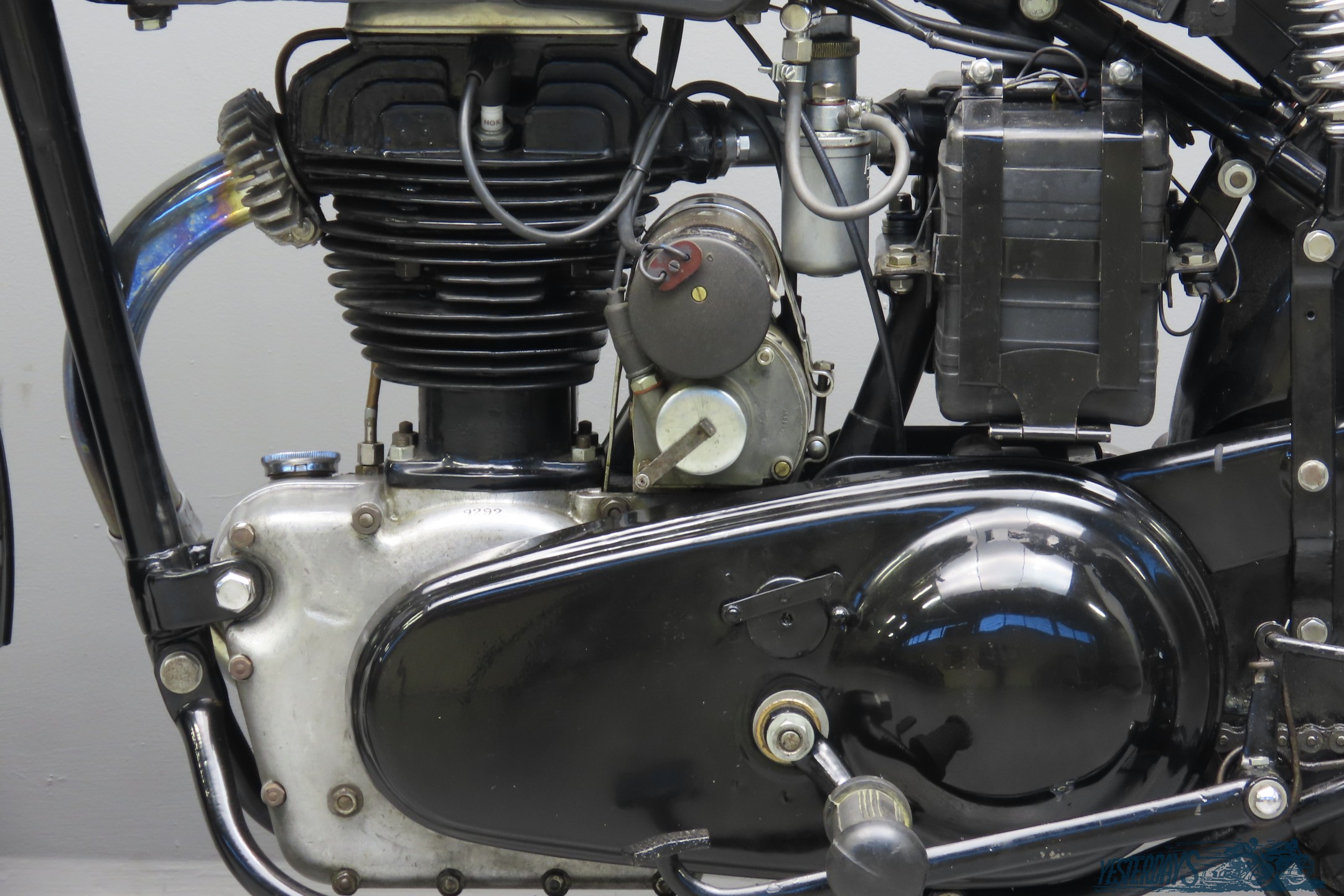 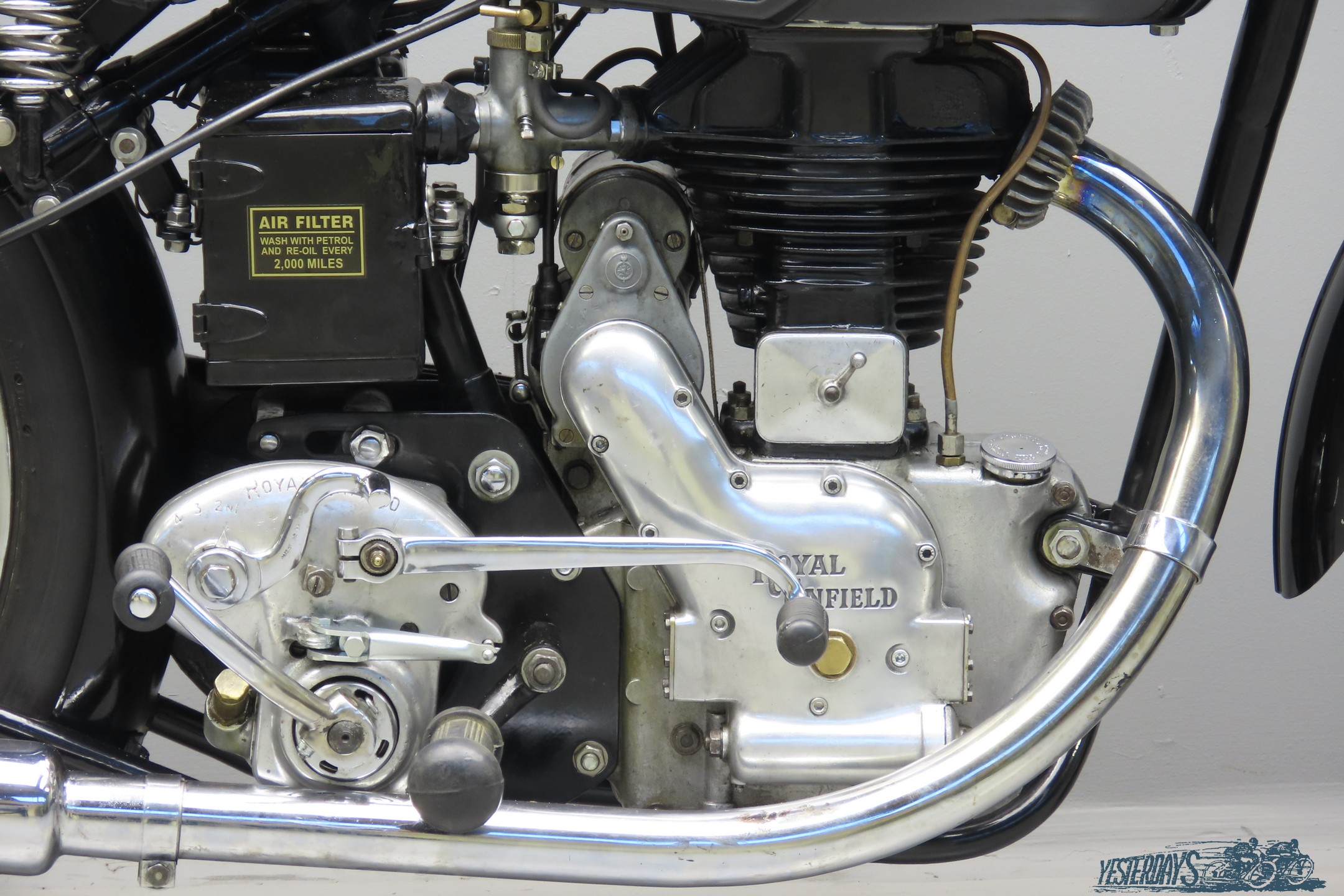 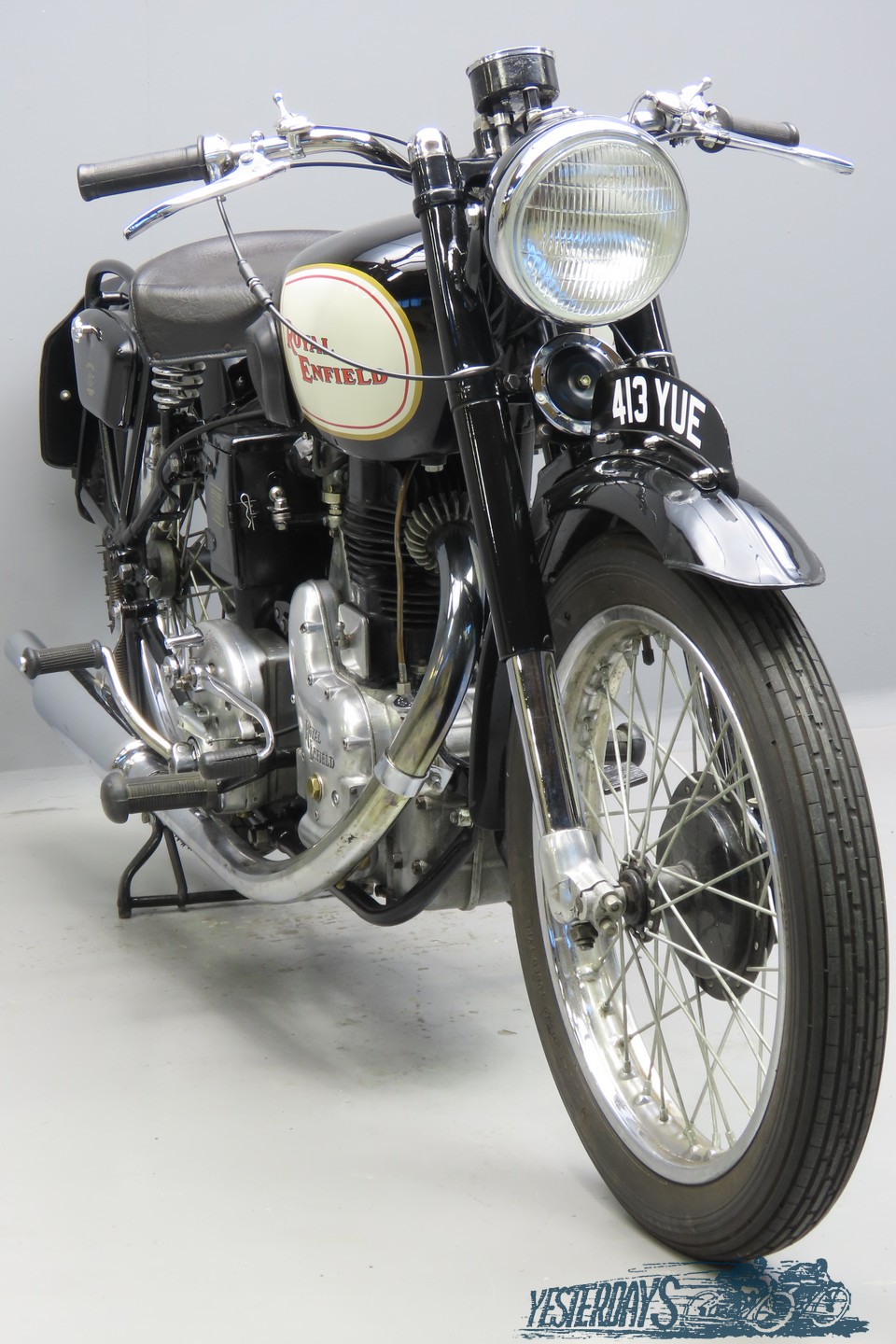 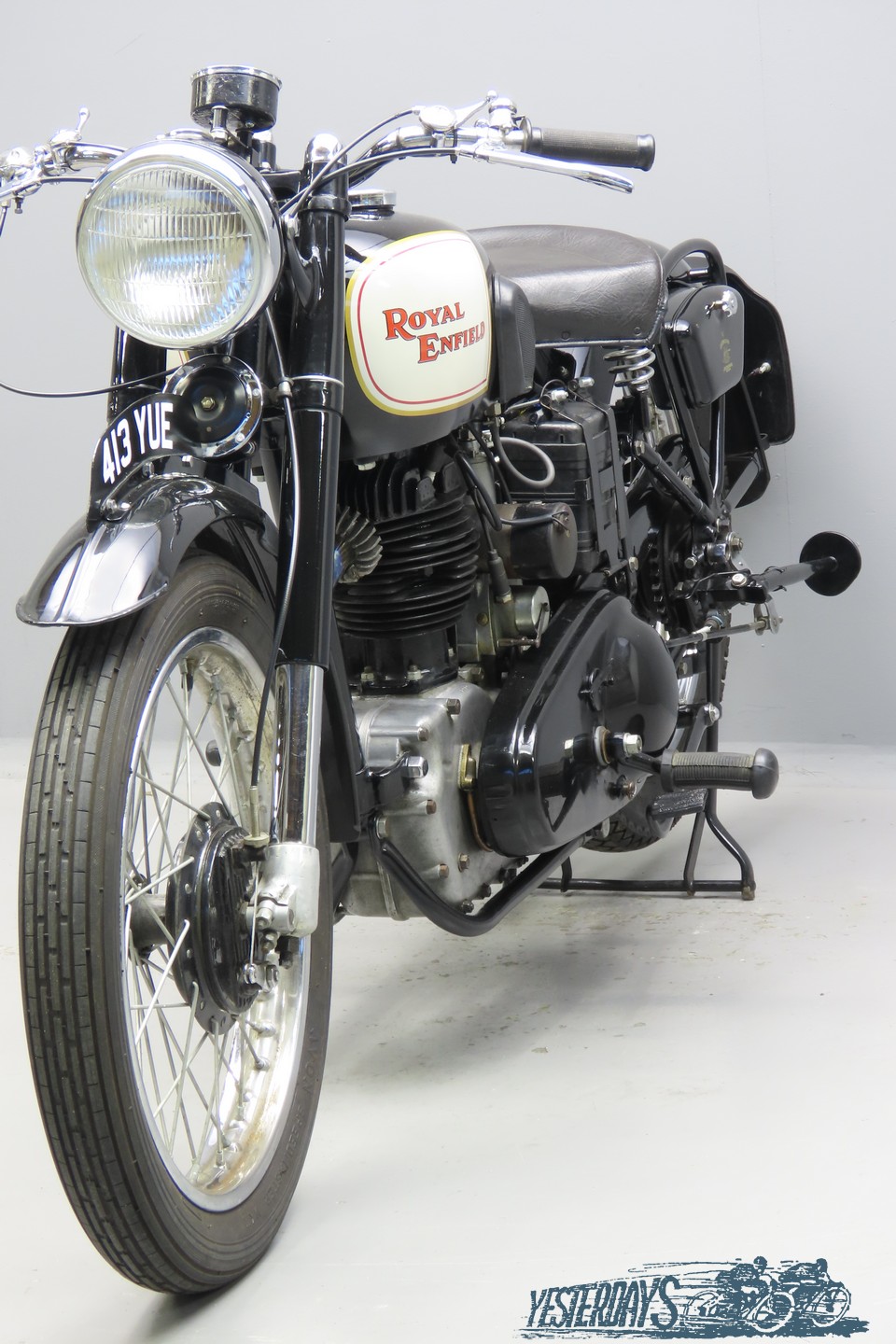 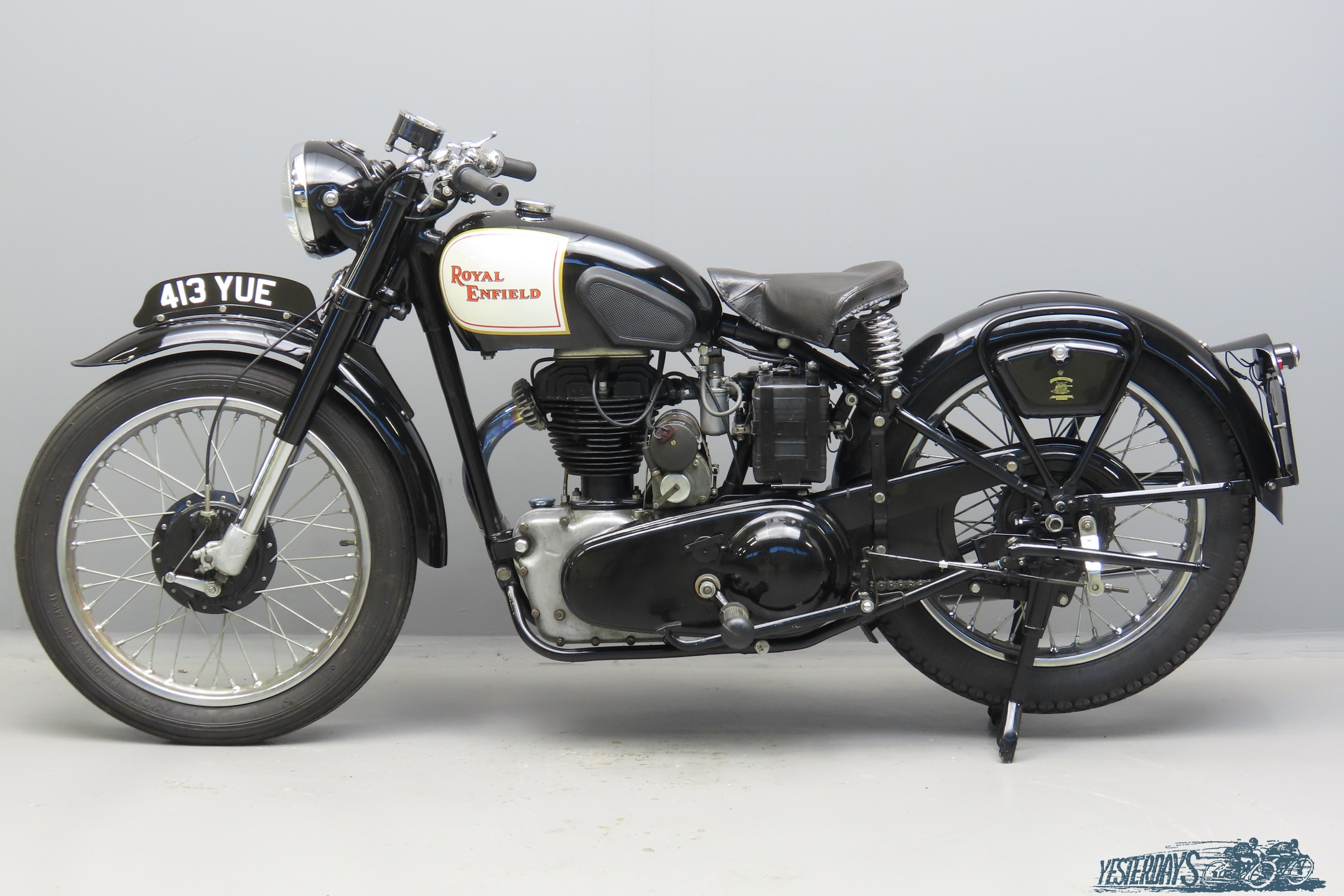 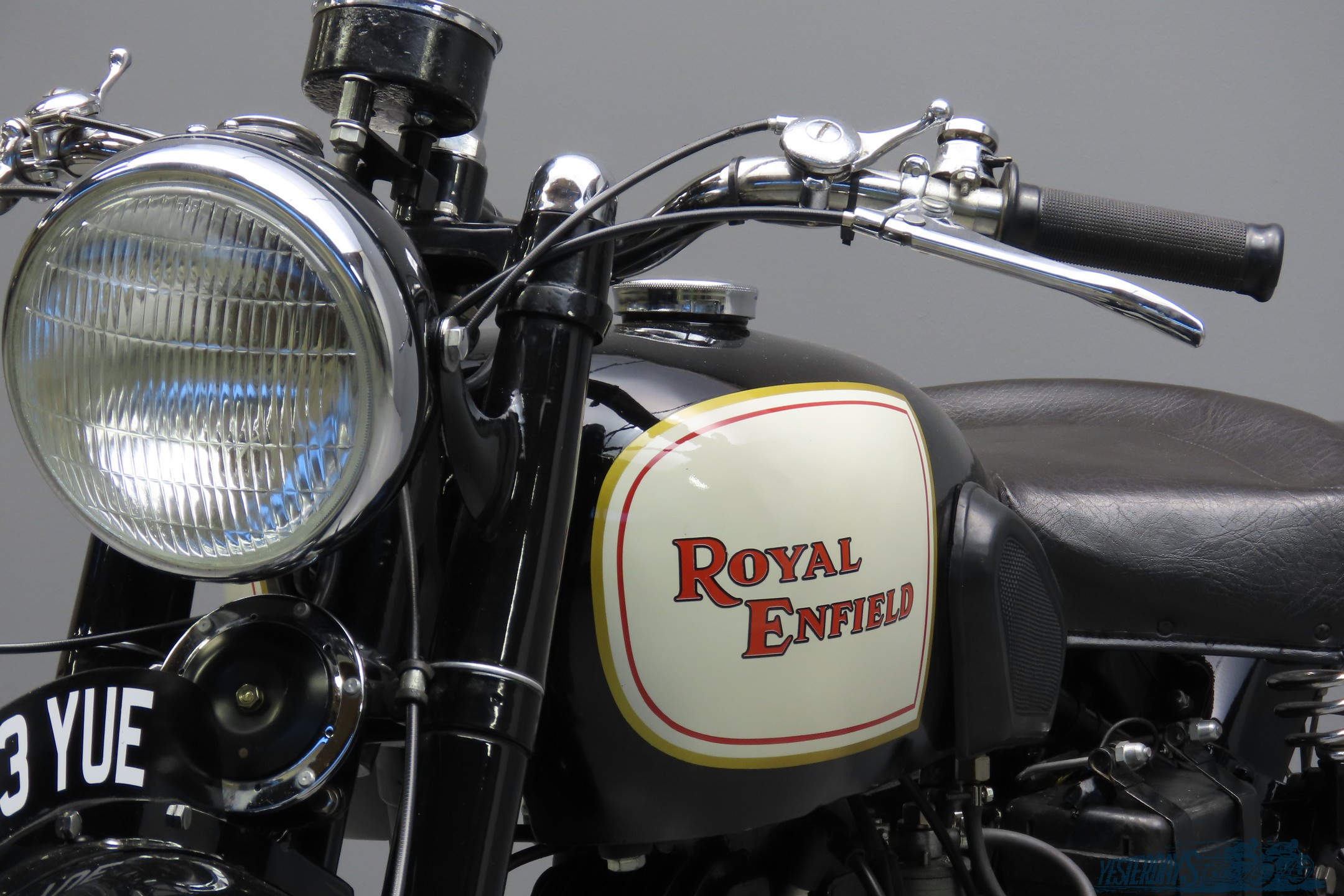 The “Model G” designation had already been used by Royal Enfield from the 1930 model year for the 346cc ohv model.
The lubrication oil was carried within a compartment cast integrally into the front of the crankcases, a feature that Royal Enfield would use for many years.
From the 1936 range on the cylinders were placed vertical.
The G had bore x stroke dimensions of 70x90mm and a foot change four speed gearbox and would become the basis of the wartime WD/CO 350 model.
In the autumn of 1945 the G got the new hydraulically dampened telescopic front forks that placed the Redditch marque at the very forefront of motorcycle design.
Production of the Model G ended in 1954.
The machine we offer is a pleasant post-war touring machine; she has been restored and excellently maintained and comes with practical side stand and recently restored Smiths speedometer. There’s an extensive file of documents: recent invoices from specialists pointing at professional maintenance and various items with technical information on the Model G.