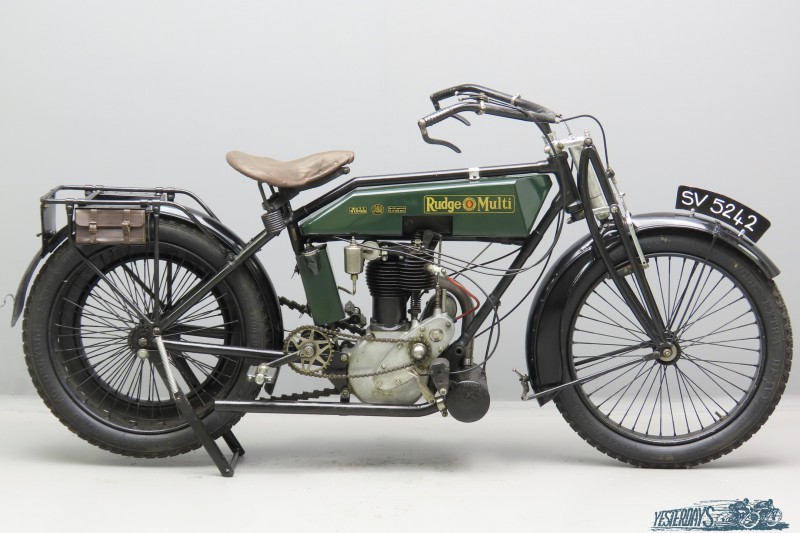 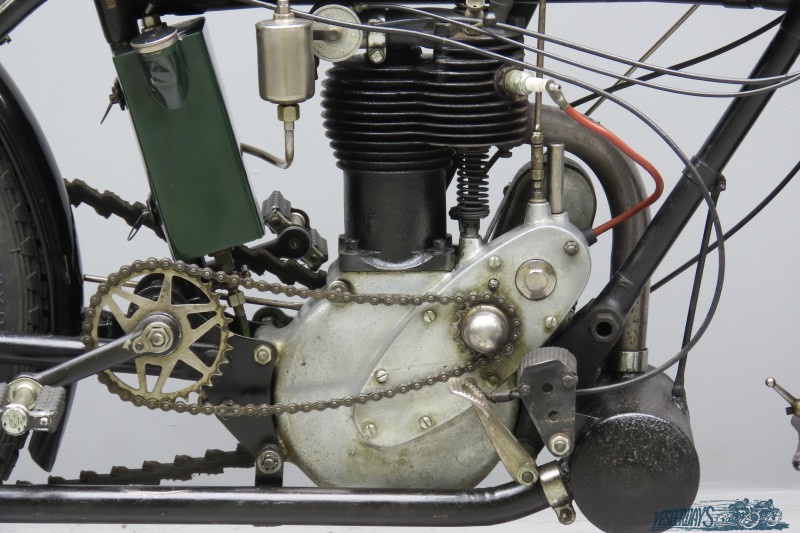 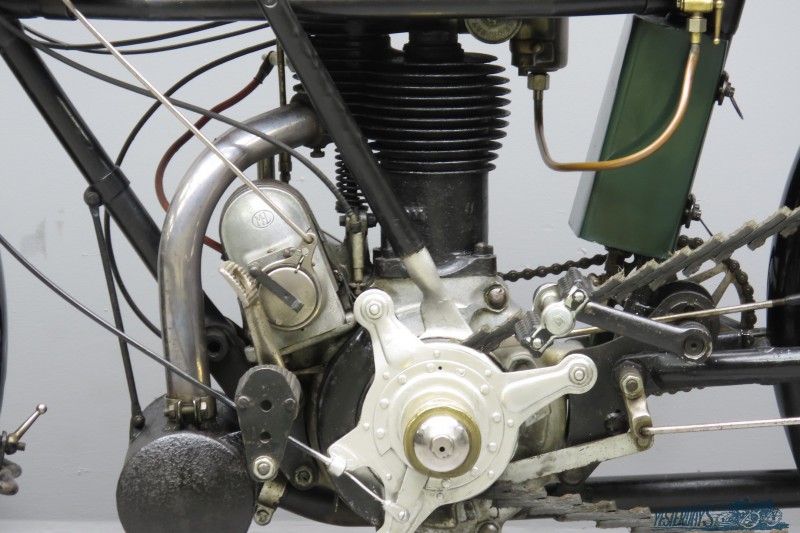 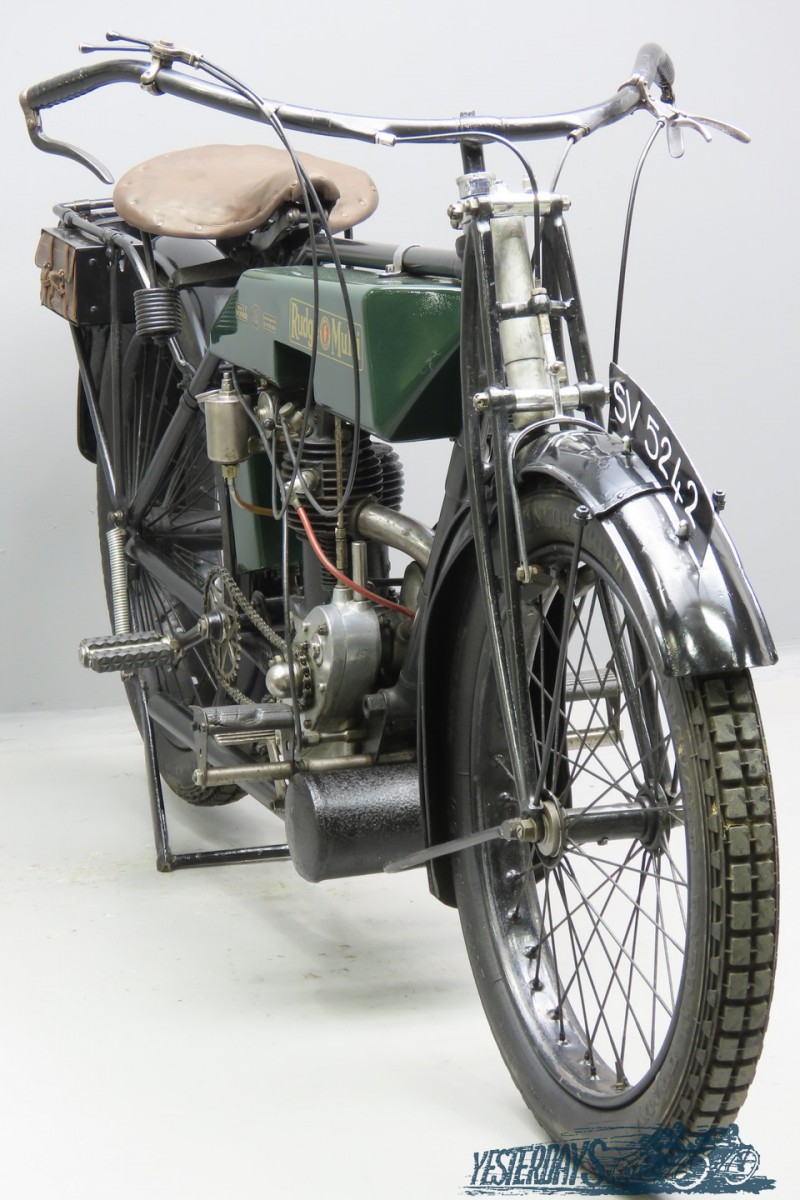 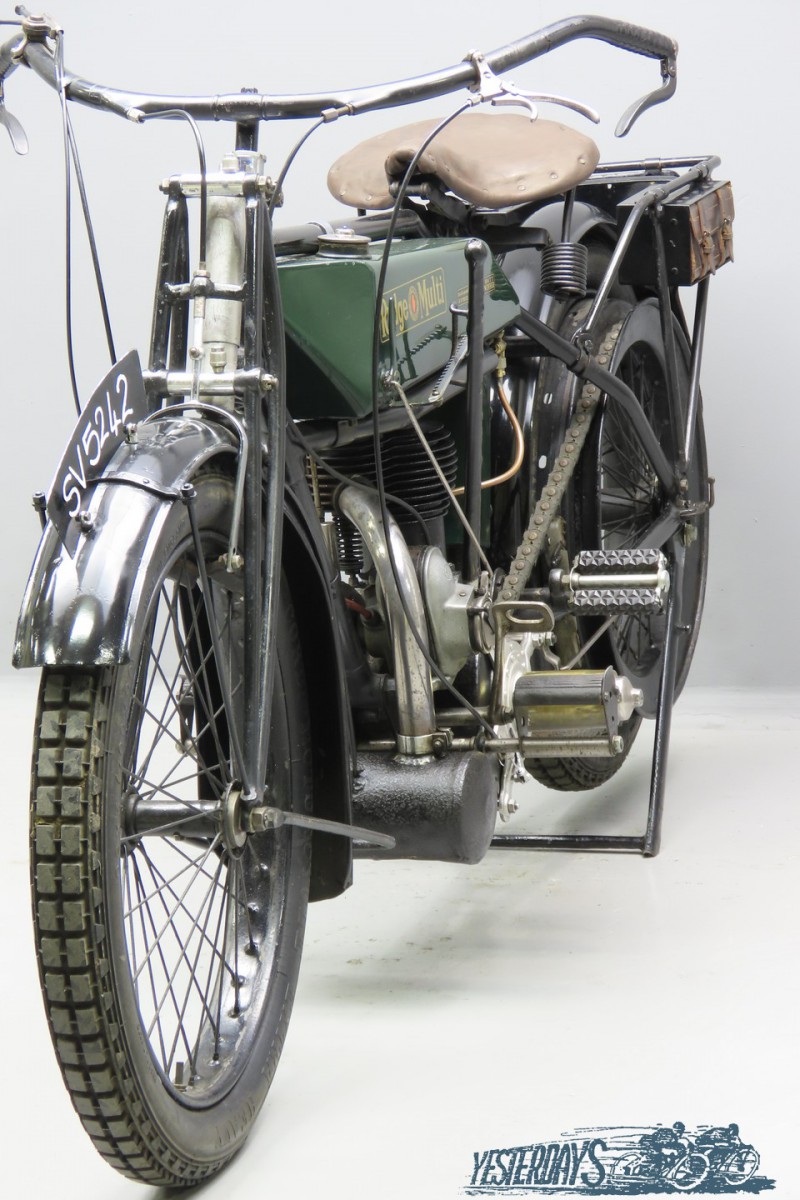 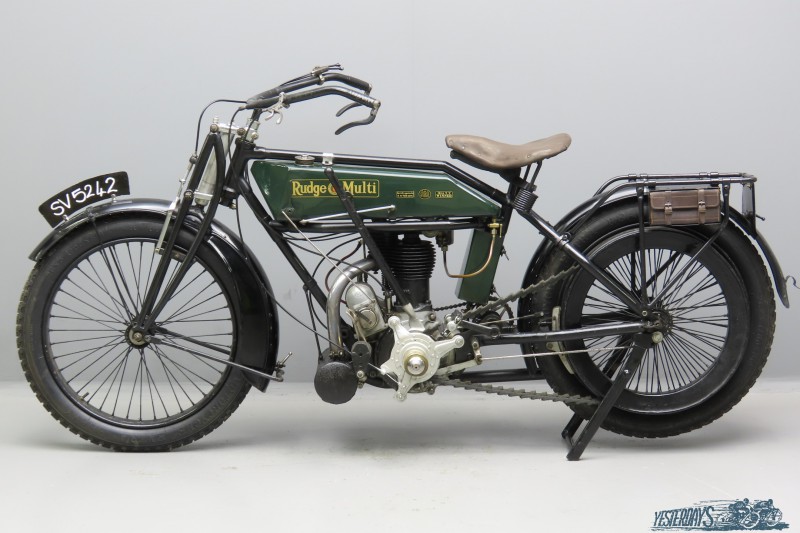 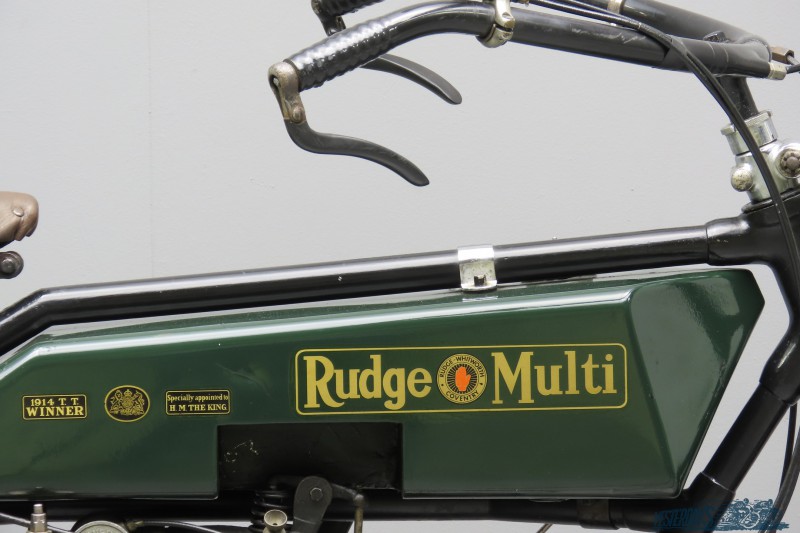 The Rudge Company was merged with the Whitworth Cycle Company to form Rudge Whitworth in Coventry around 1895.
In 1910 they designed their first motorcycle, and from this point onward, they were always at the forefront of innovations in motorcycle development.
From the first, they adopted state-of-the-art ideas such as the inlet-over-exhaust design for cylinder heads.
They followed with the Rudge-Multi variable gear, and, only three years after making their first motorcycle, won the Senior Isle of Man TT in 1914.
They were early adopters of technology, and later were one of the first to provide a four-speed gearbox, four-valve cylinder heads, and interconnected brakes, not to mention the lever-operated centre stand that was introduced in the late twenties.
With the introduction of the Multi Gear in 1912 Rudge was far ahead of the competition.
Rudges were barred from certain speed events because of their “unfair head start”.
The factory turned this to their advantage by using the “ barred” logo in a clever company advertising campaign.
The Multi Gear system is based on the possibility to vary the diameters of both front and rear pullies, like the well-known DAF Variomatic system.
By moving a long lever alongside the petrol tank about 18 different gear ratios can be selected.
While on the move the rider can choose the engine rpm that gives most engine torque and then he can raise the actual speed of the machine by changing the gear ratio with the “multi- lever“ without actually raising the engine rpm, a remarkable experience when being out on a multi for the first time.
The machine on which Cyril Pullin won the 1914 TT had a special lowered frame and this type of frame was also used on the “TT Touring” model in the 1919/1921 range.
This model was equipped with a clutch and lacked a starting device.
The standard Multi still had the pre-war higher frame with the top tube parallel to the lower tank tube.
The factory noticed that the models with lowered frame were much more in demand so from 1920 on the lowered frame was also available for the standard Multis.
Business went well in 1921; during the first six months the factory was still enjoying a boom period and machines were being produced at a rate of thirty a day, the majority having the Multi gear. After the boom of 1919 and 1920 the motorcycle market reached a point of over-production by the summer of 1921.
For the Rudge factory that meant that by October 1921 the output had gone down to fifteen machines a day.
From 1913 up to including 1921 the single Multis had been available in 499cc (85×88 bore x stroke) and 750cc (85×132 bore x stroke) versions.
A 998cc “Multwin” was catalogued from 1915 up to including 1921.
This 499cc machine has been restored some time ago and is in good mechanical condition.
Carburettor is the usual Senspray, magneto is the new-for-1920 ML.
A Rudge Multi offers the rare combination of vintage high technology and superb riding comfort.