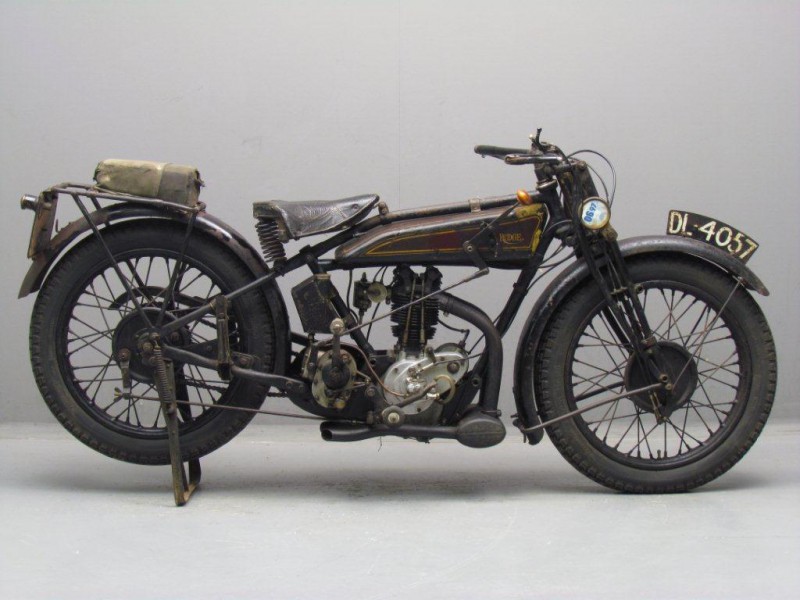 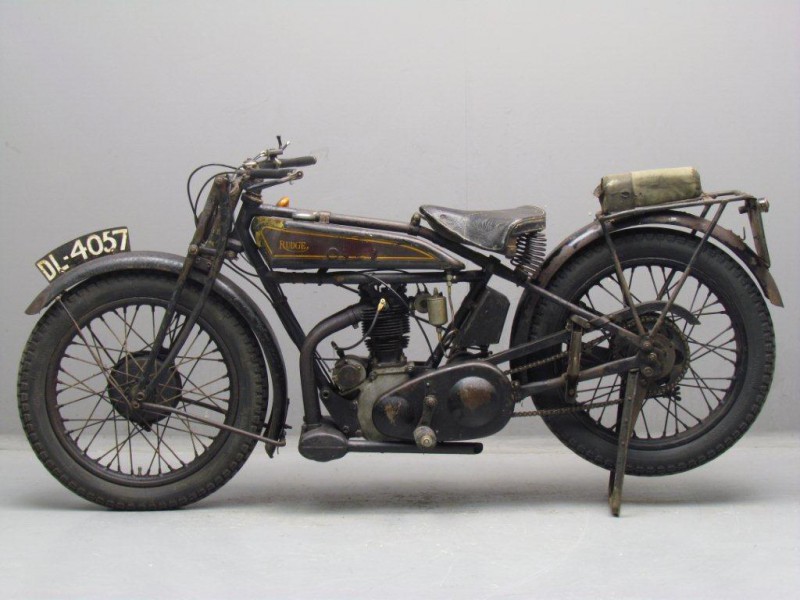 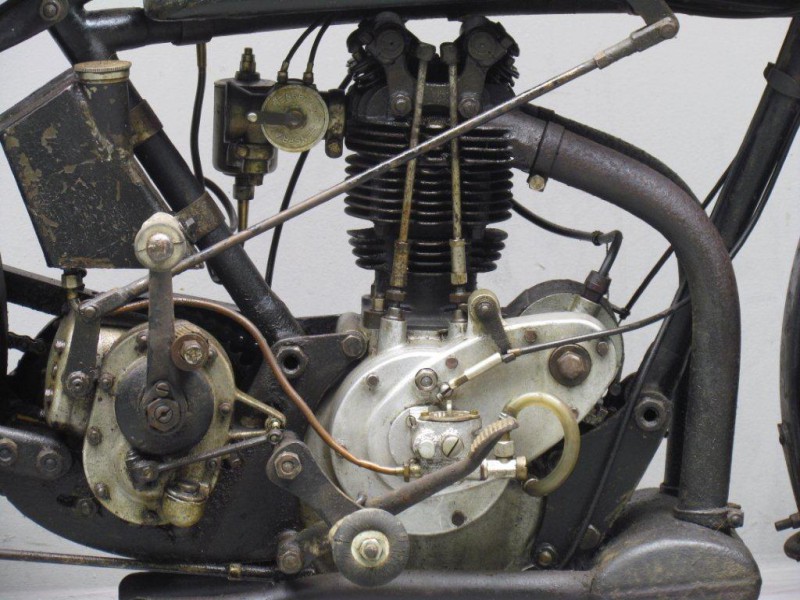 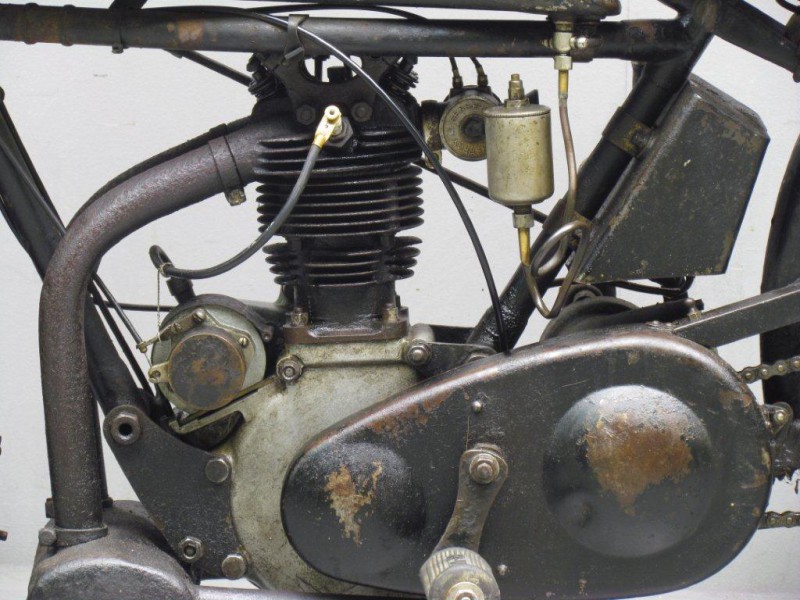 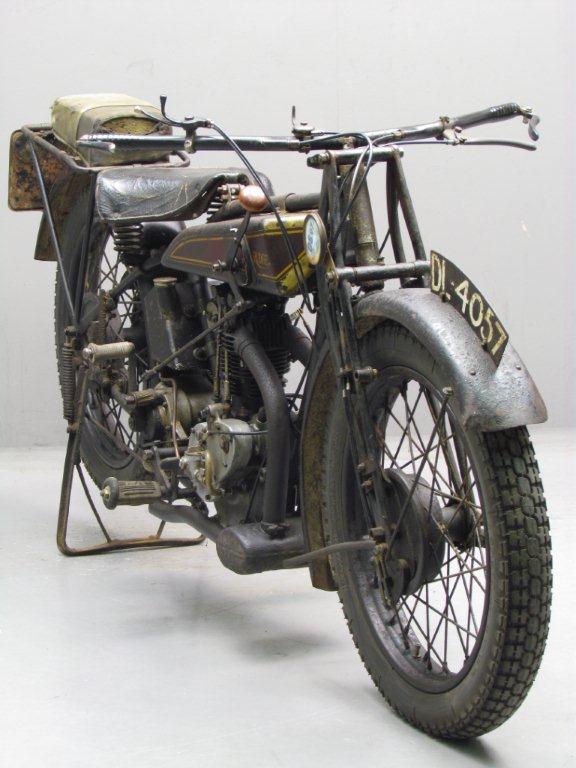 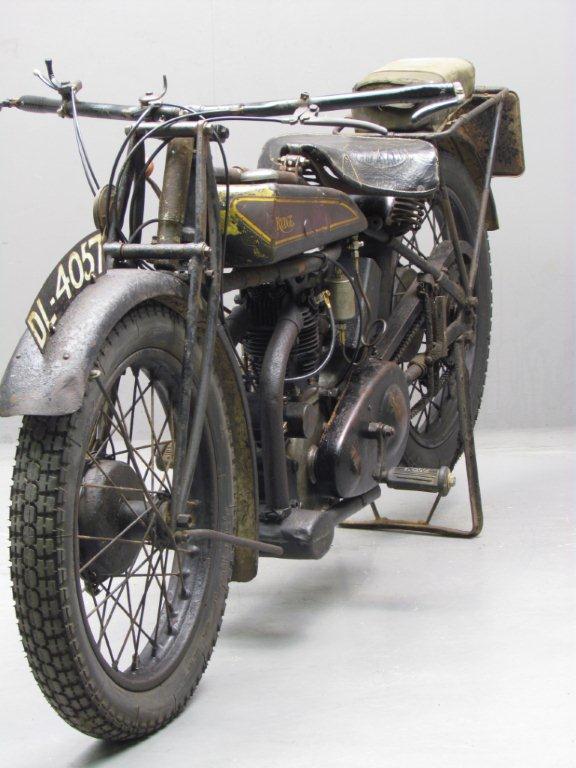 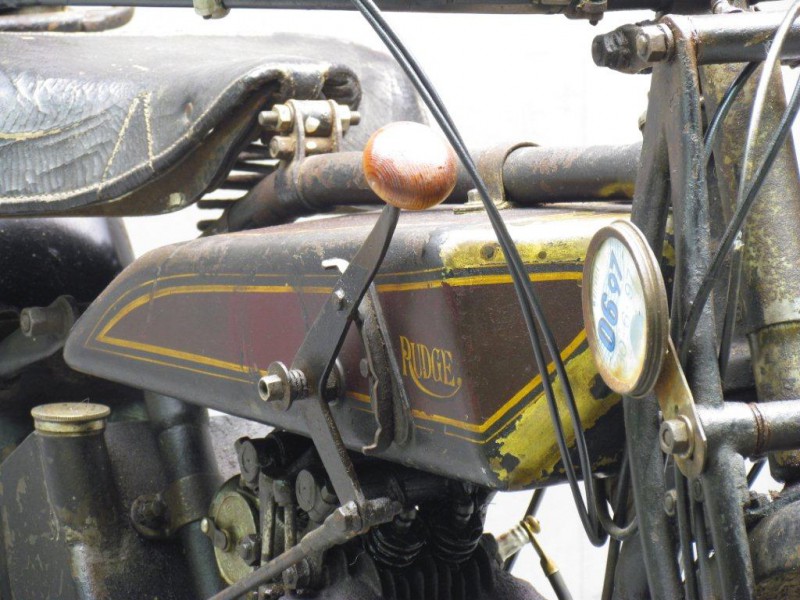 The Rudge_Whitworth company was an established bicycle factory that entered motorcycle production in 1911.
Their first machines were 499 cc IOE singles.
They developed the famous Multi gear, with a possibility of up to 21 gear positions.
By 1923 the Rudge  F-head  valve configuration had  become outdated and  general motorcycle sales had fallen sharply; it was time for Rudge to bring something entirely new.
Triumph had had some success with its four valve Ricardo concept and Rudge decided this concept, coupled to the newly developed Rudge 4 speed gearbox, should bring success again.
So for the  1924  season the factory introduced a new range of four valve singles, first  a 349 cc model with bore and stroke of 70×90 mm and   by the end of April  a 499 cc machine (85×88).
The lighter model was only catalogued in 1924 and 1925.
In the summer of 1924 a series  of improvements was prepared and at the Olympia Show the 1925 models were presented with redesigned gearboxes and coupled front and rear brakes.
The factory could now proudly boast “ four valves, four speeds, coupled brakes”.
This very original machine has been kept in good mechanical condition and dry-stored since 1989 by its (probably) second or third owner from new.
The only alterations from original specification were the addition of well-based rims and a drum braking system in the 1940s.
However, the original wheels and brake rims come with it and, because the person who converted the braking system used the existing lugs without damaging them, the return to rim brakes should not cause a problem.
It should be noted  however that the drum brake wheels provide considerably more braking power!