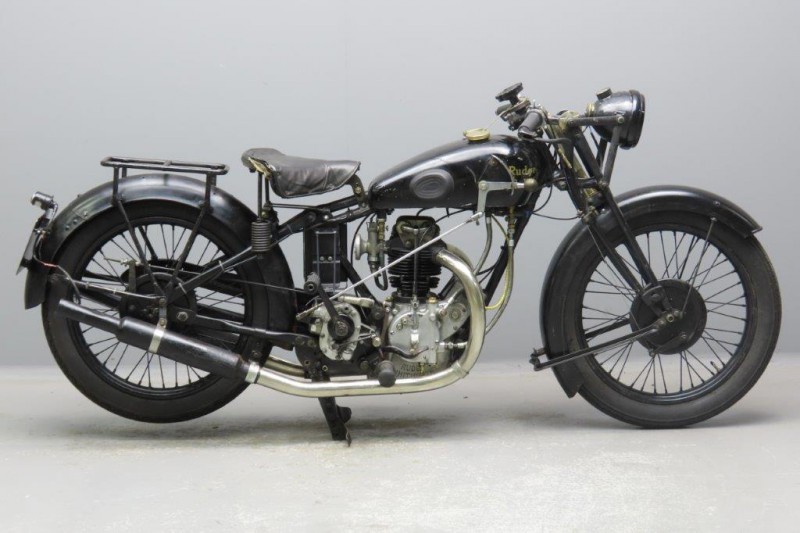 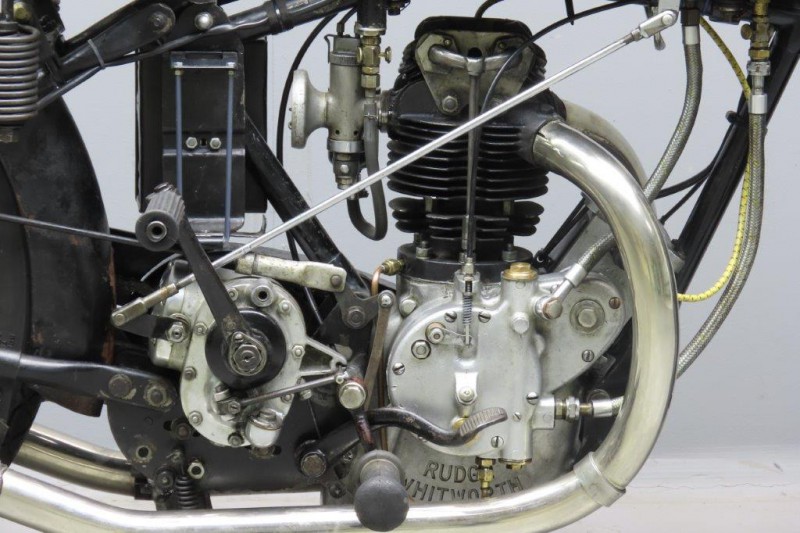 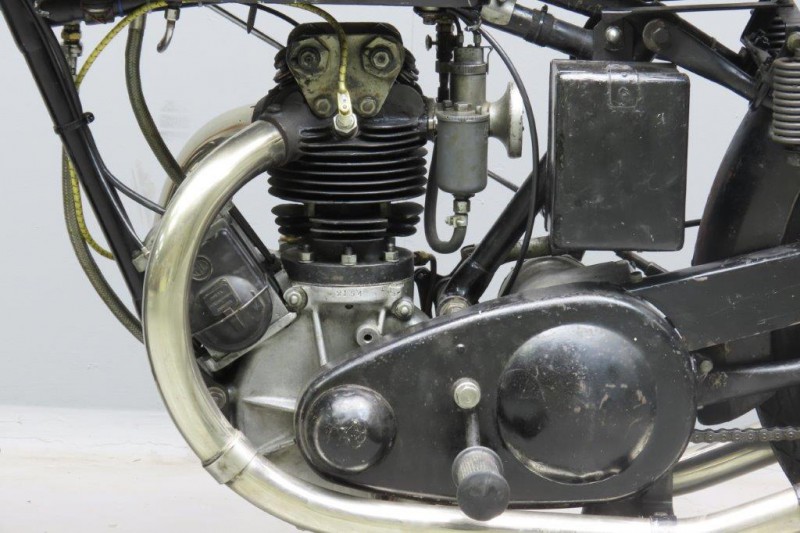 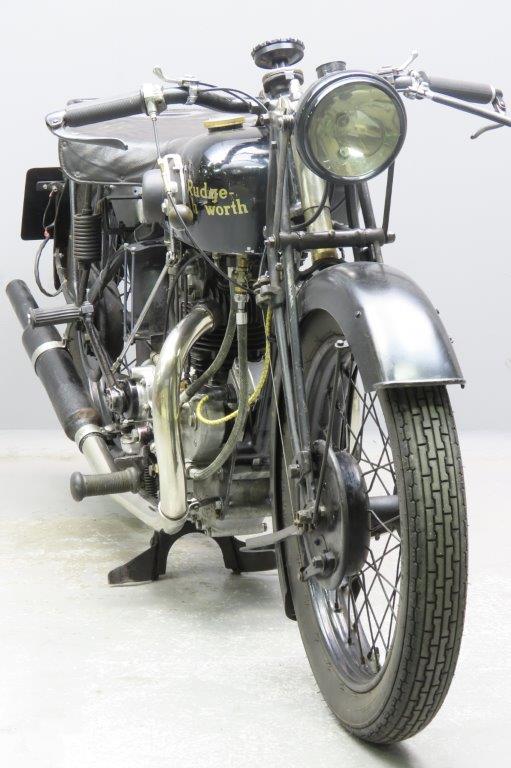 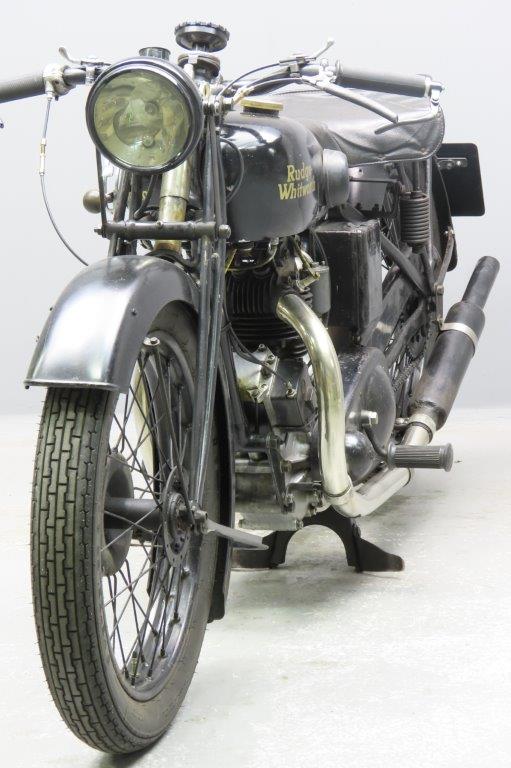 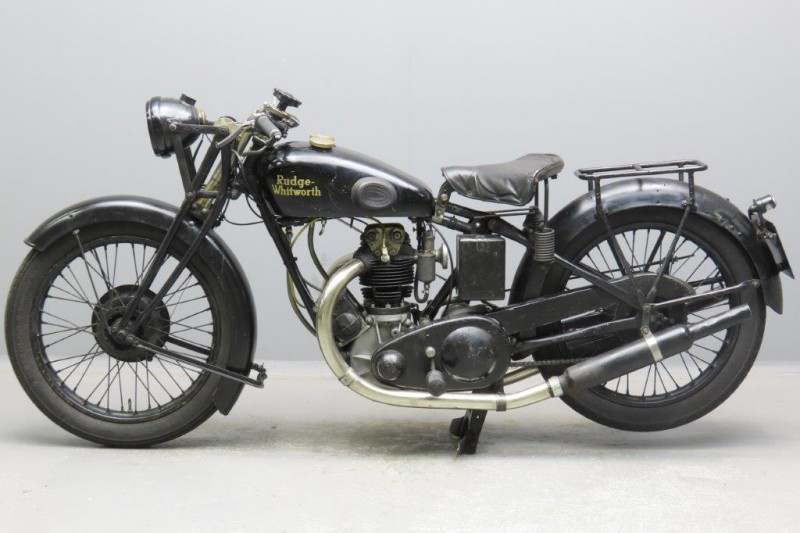 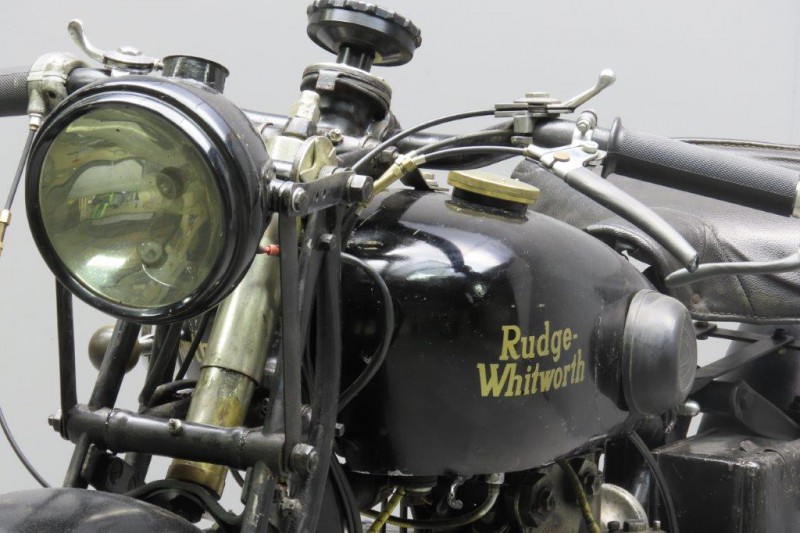 The Rudge-Whitworth company was an established bicycle factory that entered motorcycle production in 1911.
Their first machines were 499 cc IOE singles.
They developed the famous Multi Gear, with a possibility of up to 21 gear positions.
By 1923 the Rudge F-head valve configuration had become outdated and general motorcycle sales had fallen sharply; it was time for Rudge to bring something entirely new.
Triumph had had some success with its four valve Ricardo concept and Rudge decided this concept, coupled to the newly developed Rudge 4 speed gearbox, should bring success again.
So for the 1924 season the factory introduced a new range of four valve singles, first a 349 cc model with bore and stroke of 70×90 mm and by the end of April a 499 cc machine (85×88).
The lighter model was catalogued in 1924 and 1925 and then disappeared from the range for a few years.
In the course of 1928 the company decided there was a need to diversify the range: in 1926, 1927 and 1928 only 500 cc Rudges had been offered and with a growing lightweight market it was important to have a broader range.
In July 1928 a new 350 cc engine was designed that was essentially a scaled down 500 with bore x stroke dimensions of 70×88 giving actually 340 cc.
Next to this new 350 two machines in the 250 cc class were introduced, both fitted with proprietary JAP engines.
The “350” is fitted with dry sump lubrication and has an output of 14 bhp.
A Lucas Maglita installation is responsible for ignition and lighting and there is a four speed gearbox on board.
The machine is relatively light with 125 kg and the practical centre stand makes it an easy machine to park.
This Rudge is an older restoration but is in excellent mechanical condition.