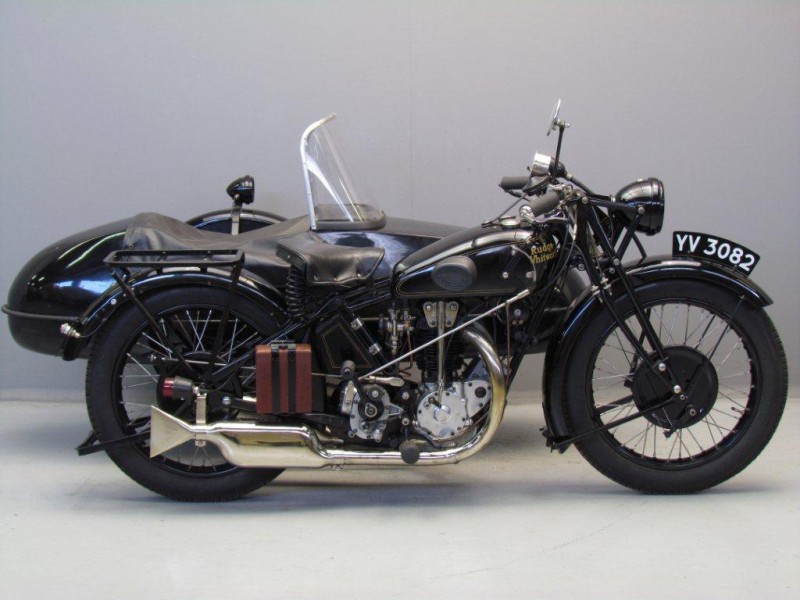 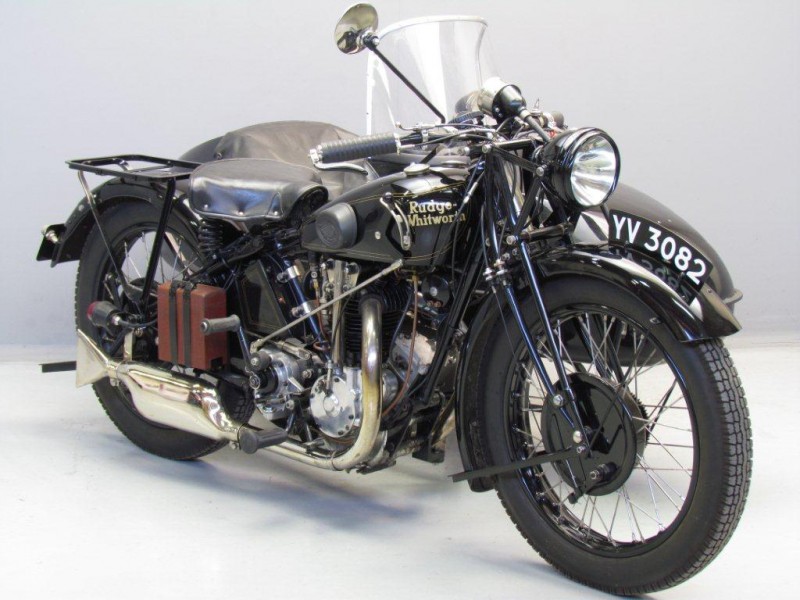 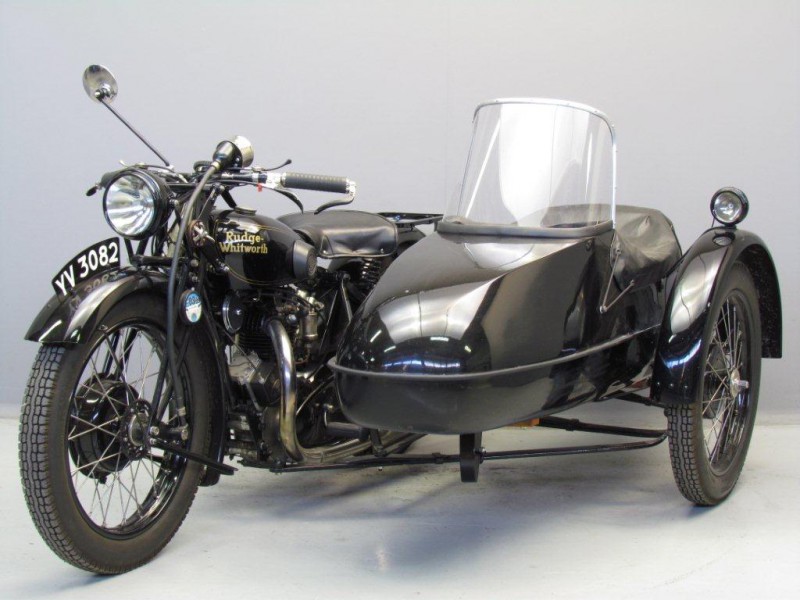 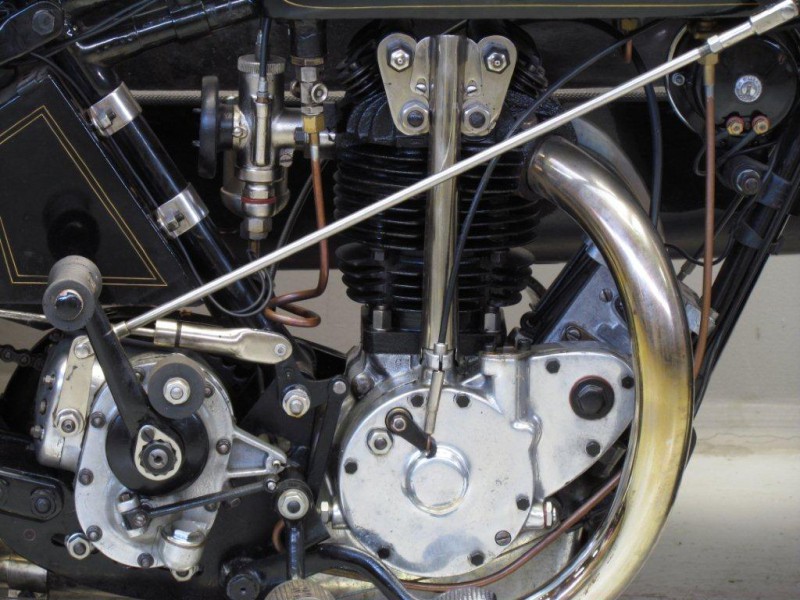 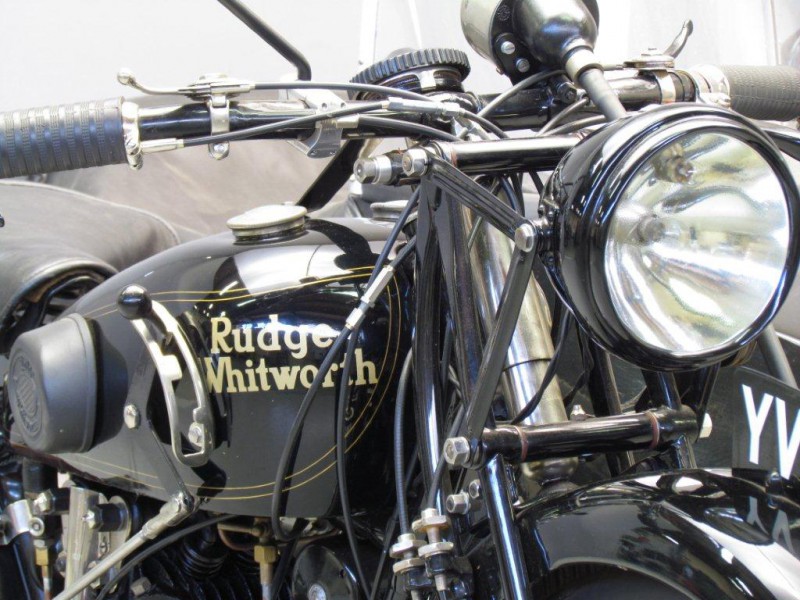 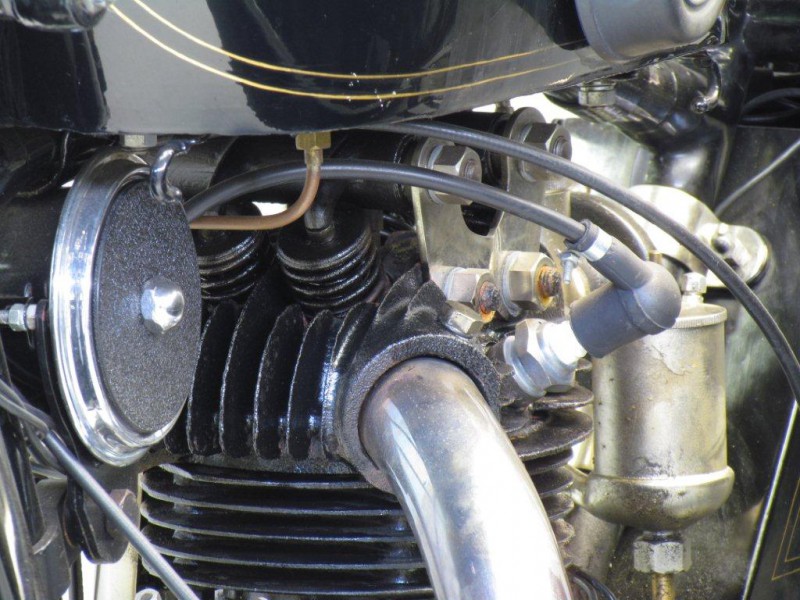 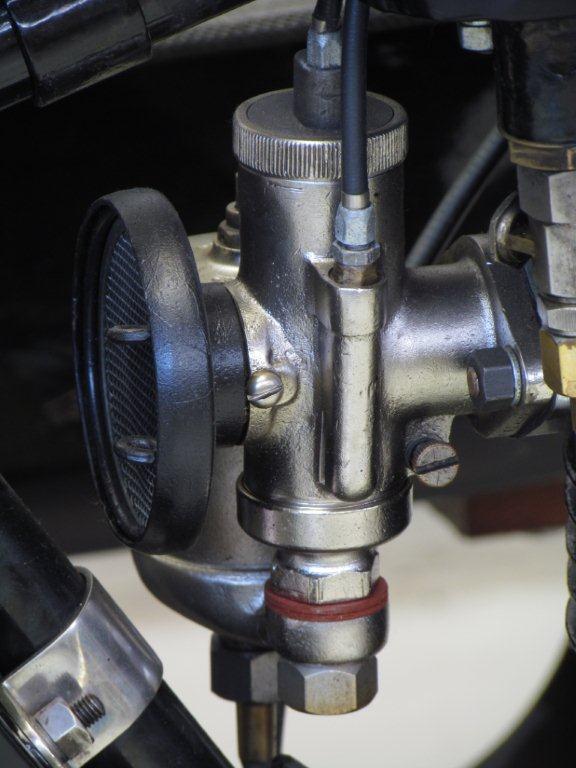 Formed by the acquisition in 1894 of the Rudge Cycle Company Ltd by the Pugh family’s Whitworth Cycle Company, Rudge-Whitworth built its first motorcycle in 1910 and is best remembered for its pioneering use of four-valve cylinder heads.
Rudge Whitworth’s first four-valve production motorcycle appeared in 1924, and the company persevered with the layout until manufacture ceased at the outbreak of WW2.
The motorcycling public’s response to this new four-valve, four-speed model was enthusiastic, and by the end of 1924 twice as many machines had been produced as in 1923.
Rudge-Whitworth introduced their new saddle-tank range in 1928 for the 1929 season and the range immediately proved popular amongst the buying public, publicized by the factory’s successful racing programme, headed by ex-Sunbeam ace Graham Walker.
The ‘Special’ was a sporting ‘500’ with the advanced features of a four-valve cylinder-head and large, coupled brakes, two ideas which Rudge were to make their own.
The mid-range ‘Special’ solo, priced at £55.0.0, between the ‘Standard’ and the ‘Sports’, provided excellent performance with almost 80 mph on tap and the typical Rudge quality and robustness.
The full potential of Rudge’s four-valves-per-cylinder design was slow to emerge but in 1928 Graham Walker’s works 500 became the first motorcycle to win a road race – the Ulster Grand Prix – at an average speed in excess of 80mph, a feat which led to the introduction of the legendary ‘Ulster’ model.
It should be noted that despite its name the Special was the touring 500, the Ulster being the sports version A compact machine with a willing engine and powerful linked brakes, the 500 Special is a delight to ride and copes easily with present-day traffic conditions.
This excellent example was restored by its late enthusiast owner a few years ago, after which he fitted a modern, modified, Watsonian ‘Monza’ sidecar.
Whilst some might find this a slightly anachronistic choice, this chair, with its full weather equipment, does provide comfort for any passenger who does not prefer the Spartan ride of a vintage one.
Certainly, the owner was full of praise for it.
Last taxed in 2009, the ‘Special’ outfit remains in excellent condition and is absolutely ready to go for the coming season.