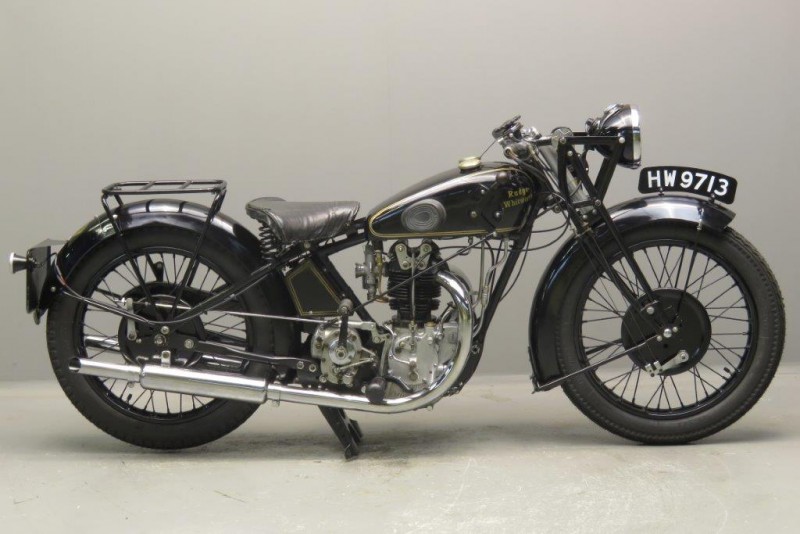 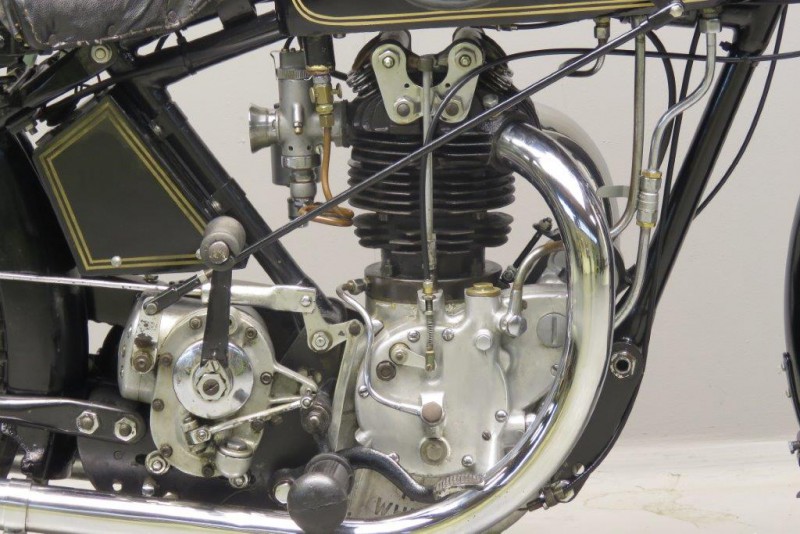 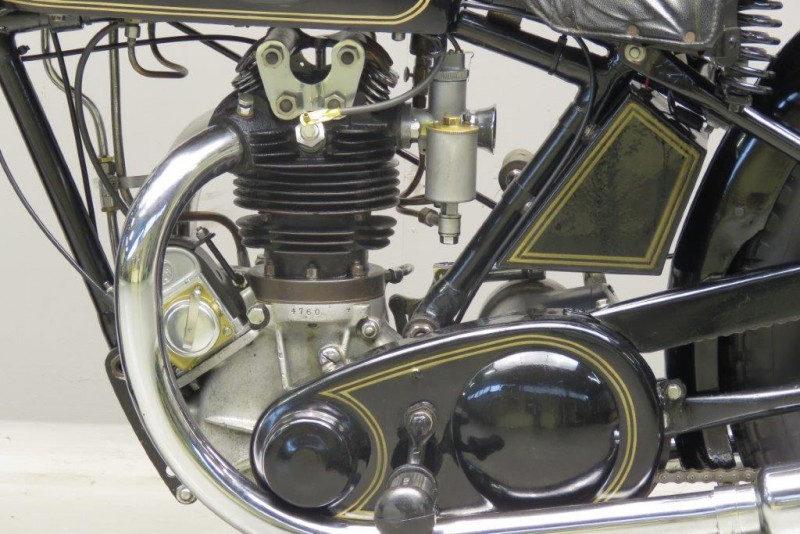 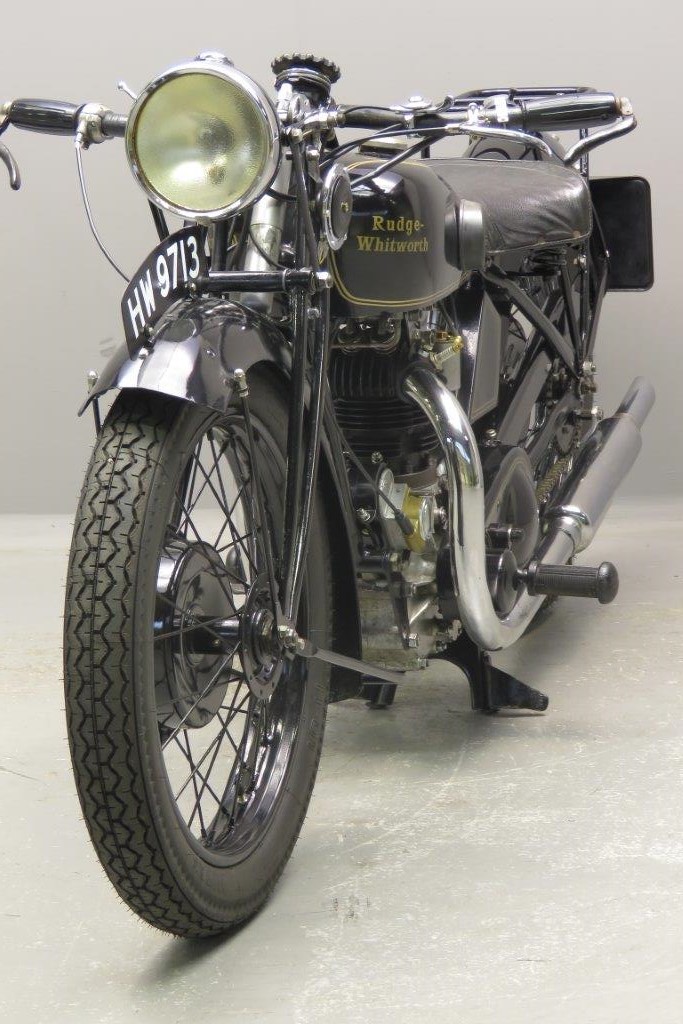 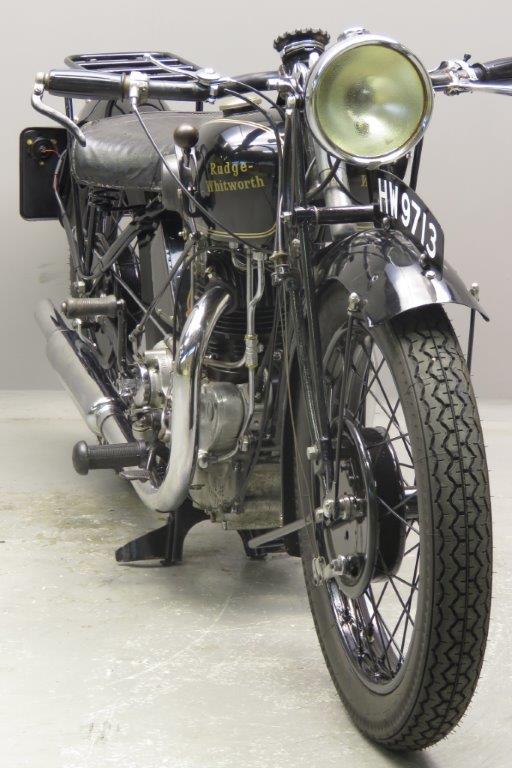 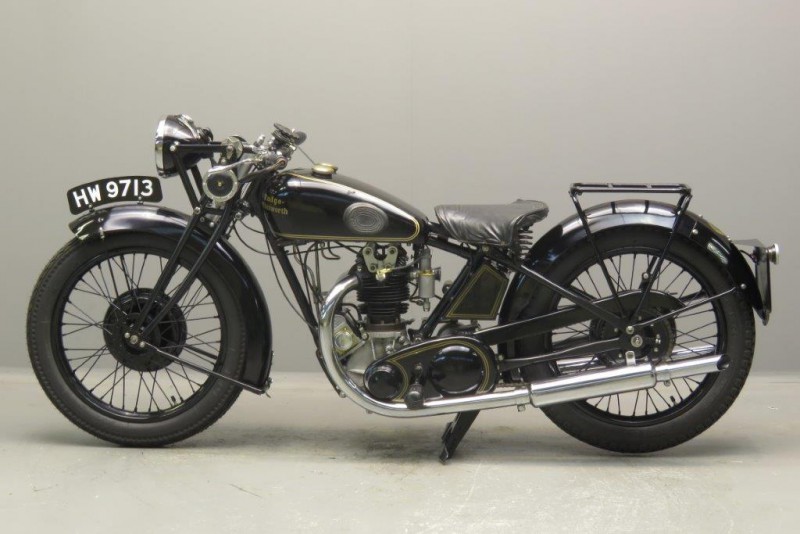 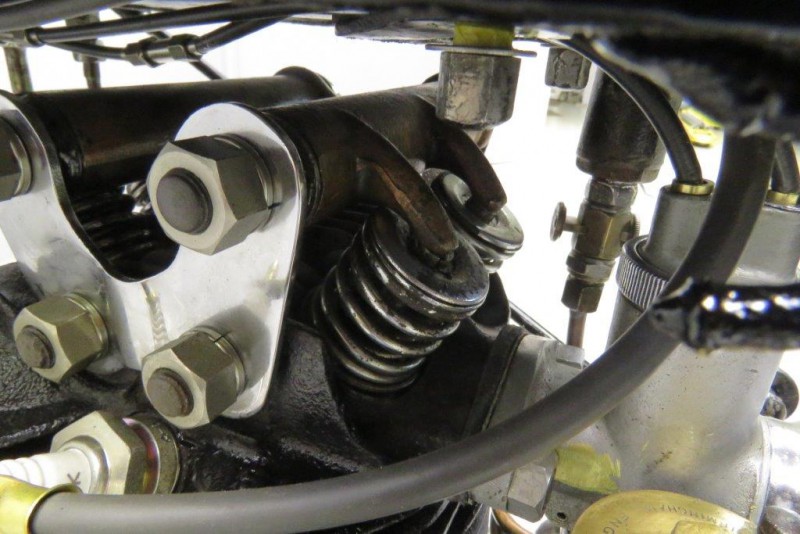 The Rudge_Whitworth company was an established bicycle factory that entered motorcycle production in 1911.
Their first machines were 499 cc IOE singles.
They developed the famous Multi gear, with a possibility of up to 21 gear positions. In 1924 the factory introduced a new range of four valve singles.
In 1928 Graham Walker managed to win the Ulster Grand Prix on a Rudge, after a heroic handlebar-to handlebar battle with Charlie Dodson on a Model 90 Sunbeam.
Since then the sporty Rudge models were designated “Ulster”. In the 1930 Junior TT  Rudge scored  1, 2, 3 with the all new 350cc 4 radial valve.
In 1931 the engine was scaled down to 250 cc and that proved to be a real winner too, judging from 1st,  2nd and 4th places plus the lap record in the  Lightweight TT.
Rudge used  different layouts for its 4 valve models: from 1930 onwards they used parallel inlet and exhaust valves for all Specials; the radially disposed exhausts were only used on the Ulster and racing models.
The sparking plug size on all Specials was 18mm. Practical features of this well-engineered machine are the enclosed fork spring, the oil bath chain primary drive in oil-tight aluminium case  and the handle to that is coupled to the centre stand.
This “Special”, the touring version of the “Ulster “, is a well restored and sound running machine.