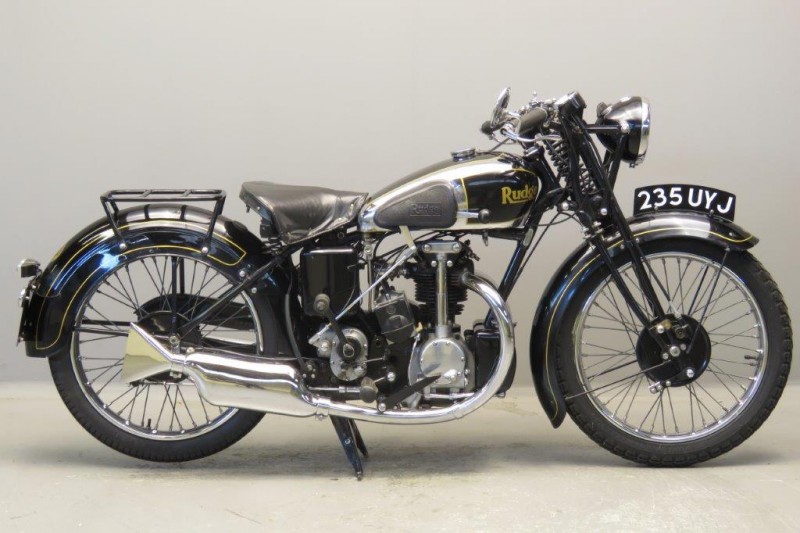 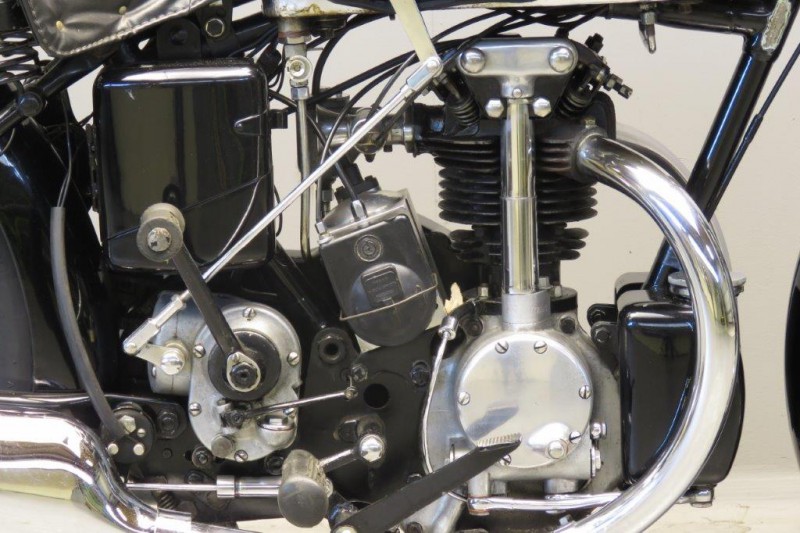 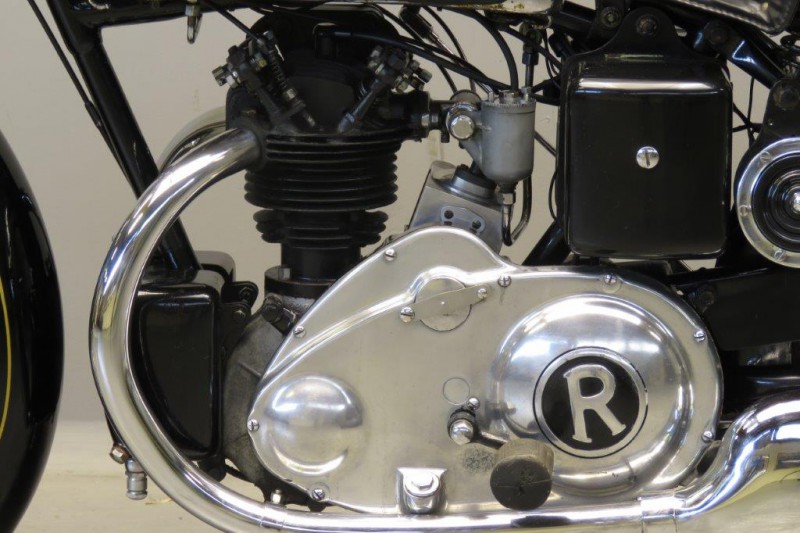 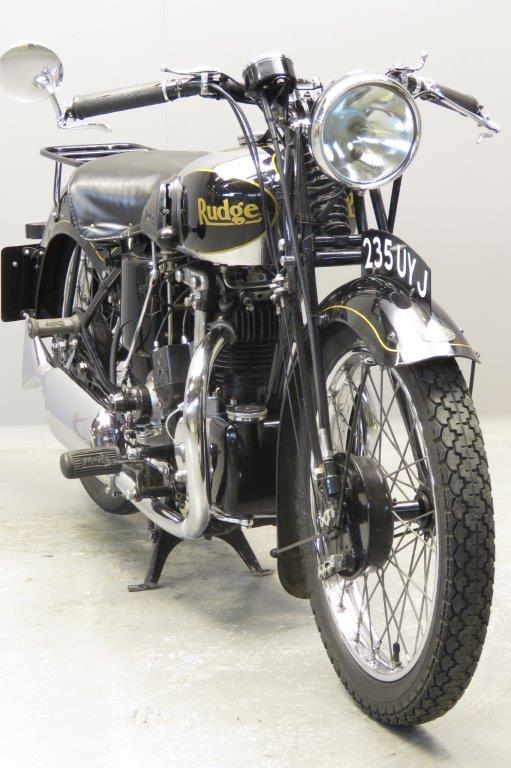 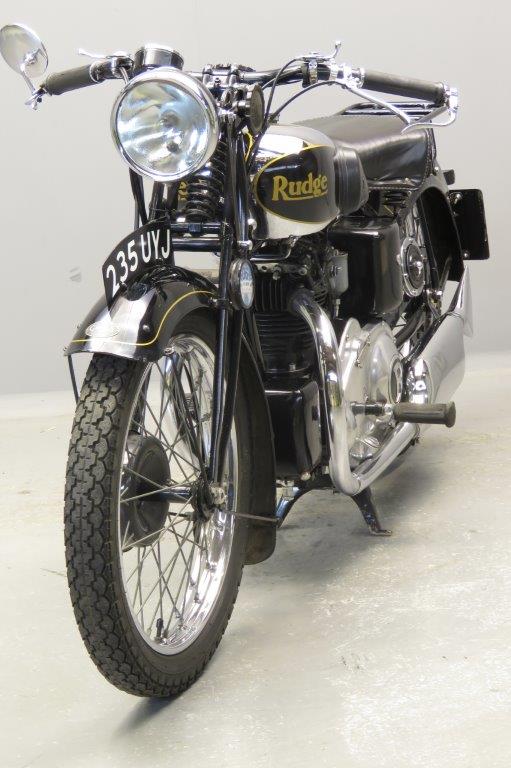 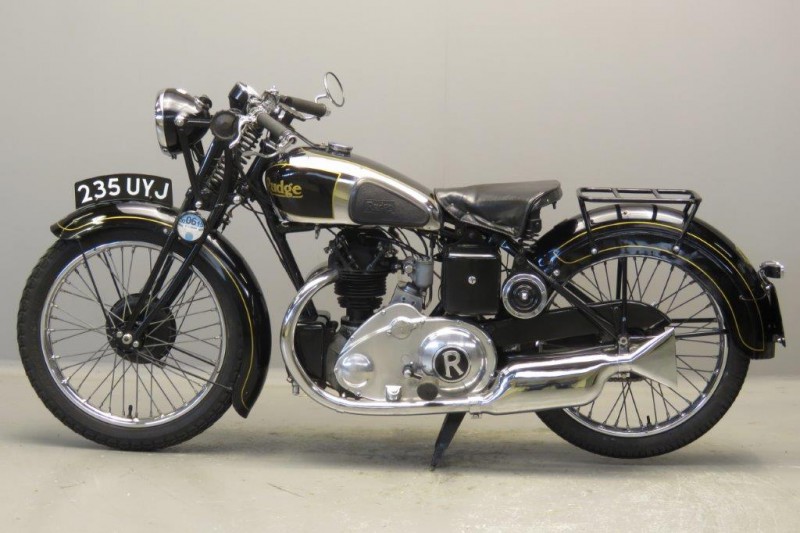 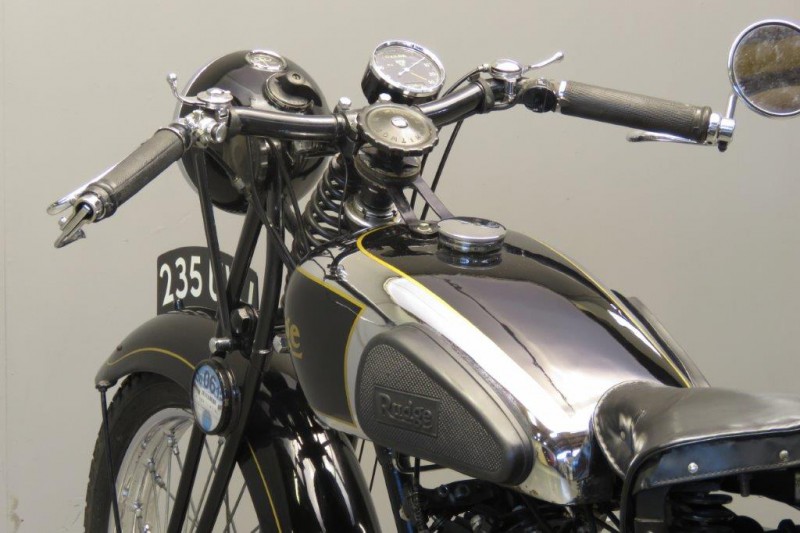 The Rudge_Whitworth company was an established bicycle factory that entered motorcycle production in 1911.
Their first machines were 499 cc IOE singles.
They developed the famous Multi gear, with a possibility of up to 21 gear positions.
In 1924 the factory introduced a new range of four valve singles. In 1928 Graham Walker managed to win the Ulster Grand Prix on a Rudge, after a heroic handlebar-to handlebar battle with Charlie Dodson on a Model 90 Sunbeam. Since then the sporty Rudge models were designated “Ulster”.
In the 1930 Junior TT  Rudge scored  1, 2, 3 with the all new 350cc 4 radial valve. In 1931 the engine was scaled down to 250 cc and that proved to be a real winner too, judging from 1st,  2nd and 4th places plus the lap record in the  Lightweight TT.
The 1934 range consisted of  four models:  two in the 250cc  class in  “Standard” and “Sports”  version  and  two in  the 500cc class, the   “Special” and  the sports version dubbed “Ulster”.
This Standard machine has a spherical combustion chamber  with central 14 mm plug and bore x stroke dimensions of  62.5 x 81 mm.
Among the new features for 1934 we find double-roller big end bearings,  aluminium brake shoes and quick  and completely detachable rear guards.
There is a four speed gearbox on board and Lucas Maglita  ignition/ lighting system.
A practical feature of this well-engineered machine is  the oil bath chain primary drive in oil-tight aluminium case.
This  stylish and sophisticated Rudge  is well restored  and  running fine.