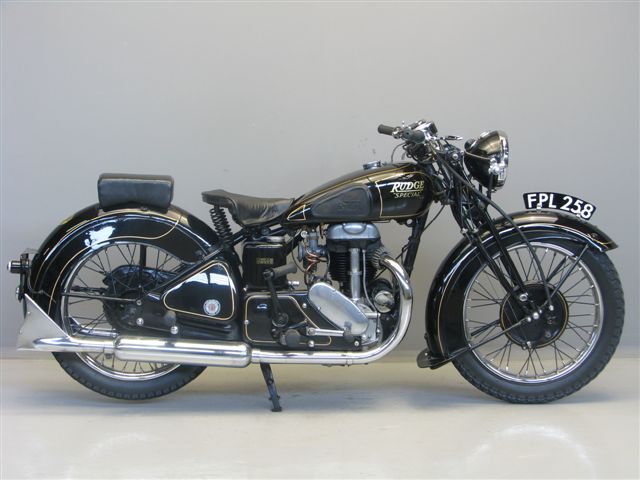 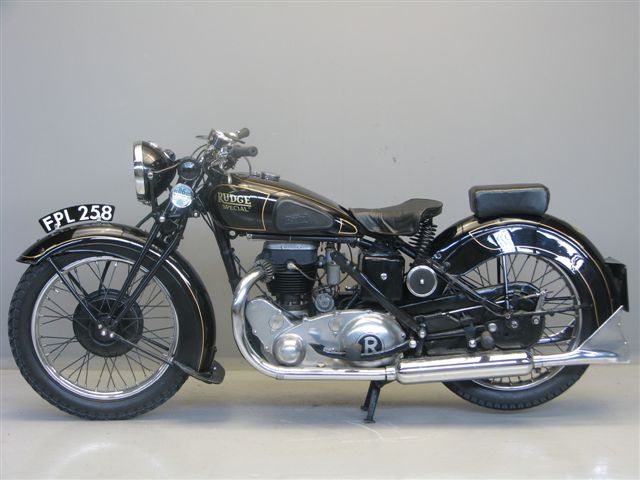 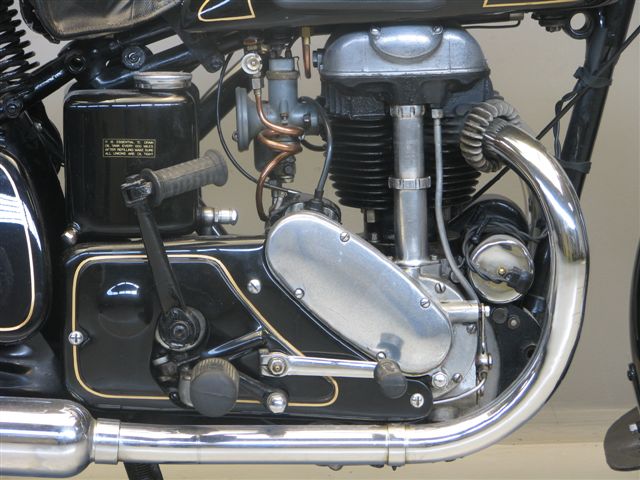 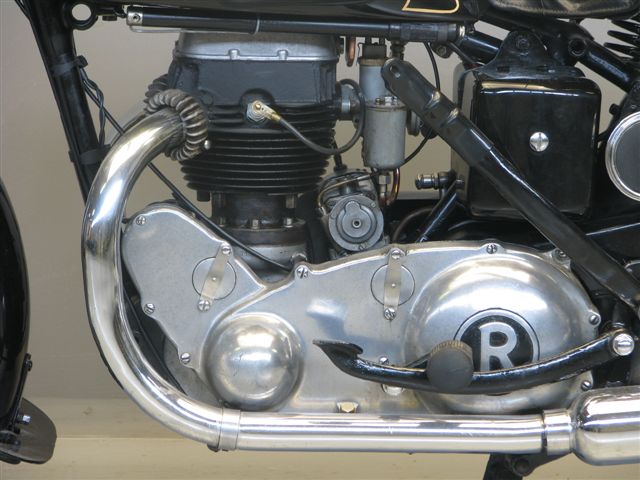 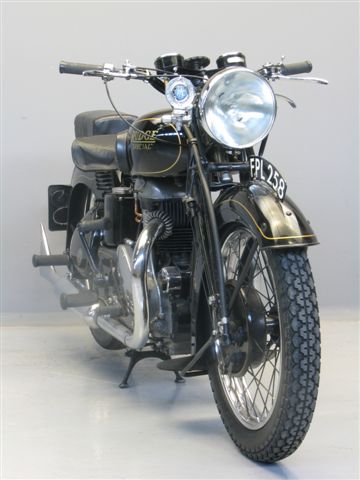 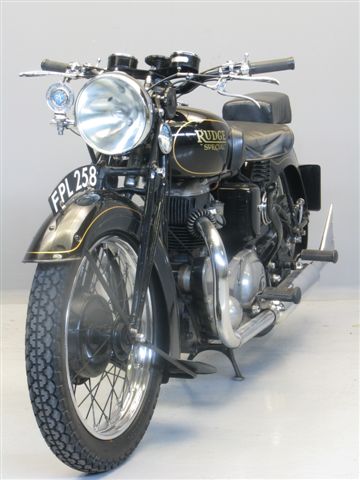 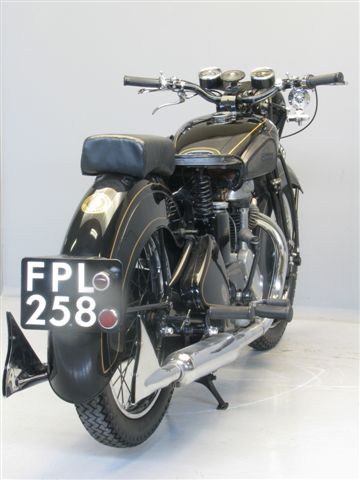 The Rudge_Whitworth company was an established bicycle factory that entered motorcycle production in 1911.
Their first machines were 499 cc IOE singles.
They developed the famous Multi gear, with a possibility of up to 21 gear positions.
In 1924 the factory introduced a new range of four valve singles.
In 1928 Graham Walker managed to win the Ulster Grand Prix on a Rudge, after a heroic handlebar-to handlebar battle with Charlie Dodson on a Model 90 Sunbeam.
Since then the sporty Rudge models were designated “Ulster”.
In 1931 the engine was scaled down to 250 cc and that proved to be a real winner too, judging from 1st,  2nd and 4th places plus the lap record in the Lightweght TT.
While it was a good result , it pales a bit when compared to the 1,2,3, in the 1930 Junior TT with the all new 350cc 4 radial valve.
From 1930 onwards they used parallel inlet and exhaust for all Specials; the radially disposed exhaust were only used on the Ulster and racing models.
The  sparkplug size on all Specials was 18mm.
Probably the Ulster used a 14 mm plug becaus of space limitations
This layout proved very successful and was retained till the end of Rudge production in 1940.
An important  new  feature for the 1937 range was the enclosure of the valve gear by a neat aluminium cover.

This “Special”, the touring version of the “Ulster “, is a very well restored and sound running machine.