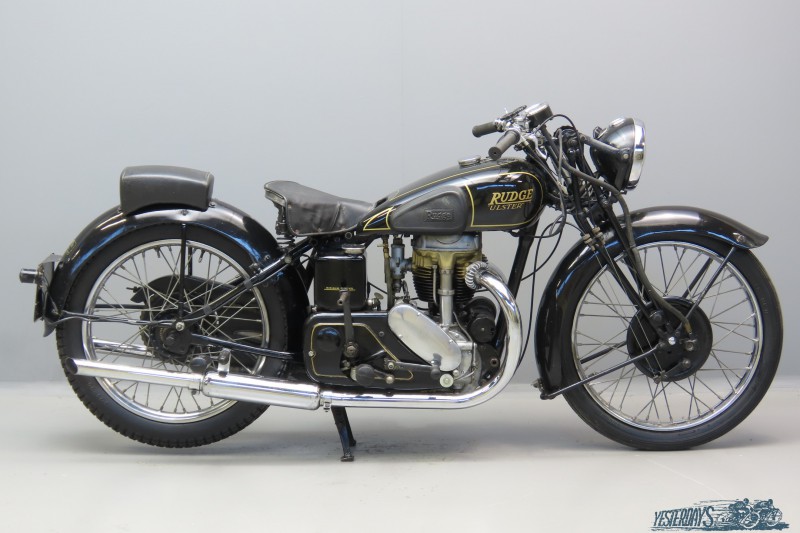 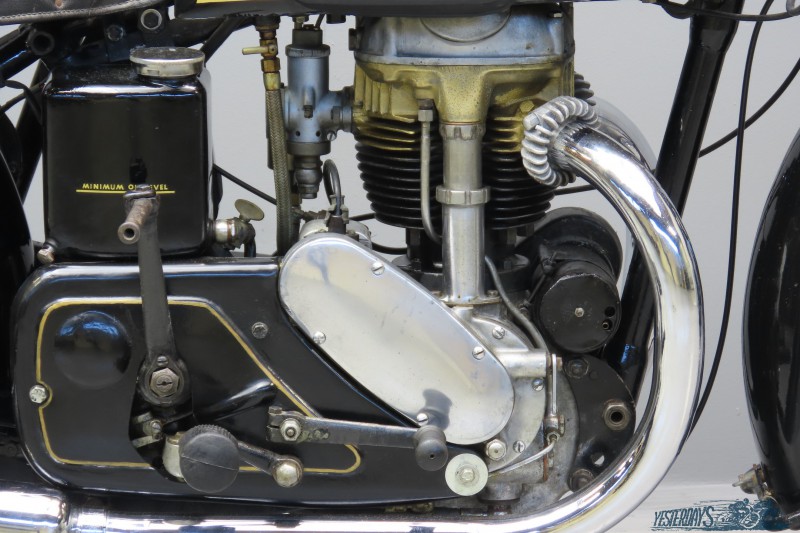 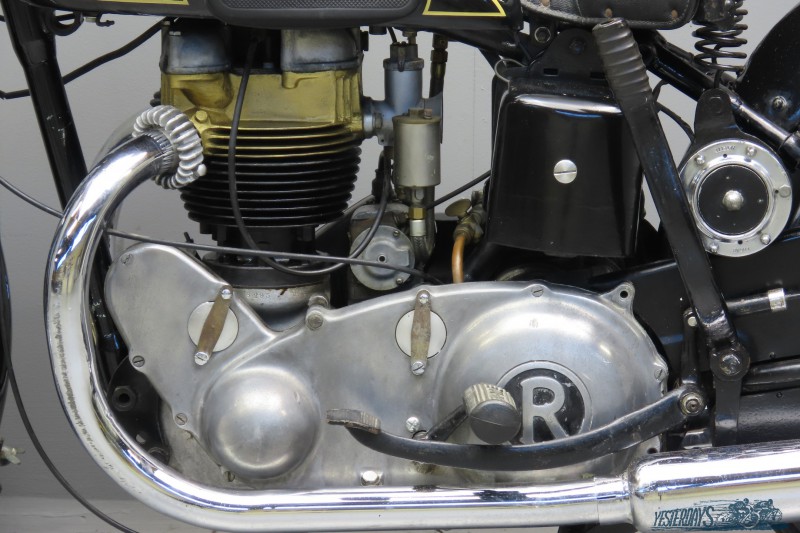 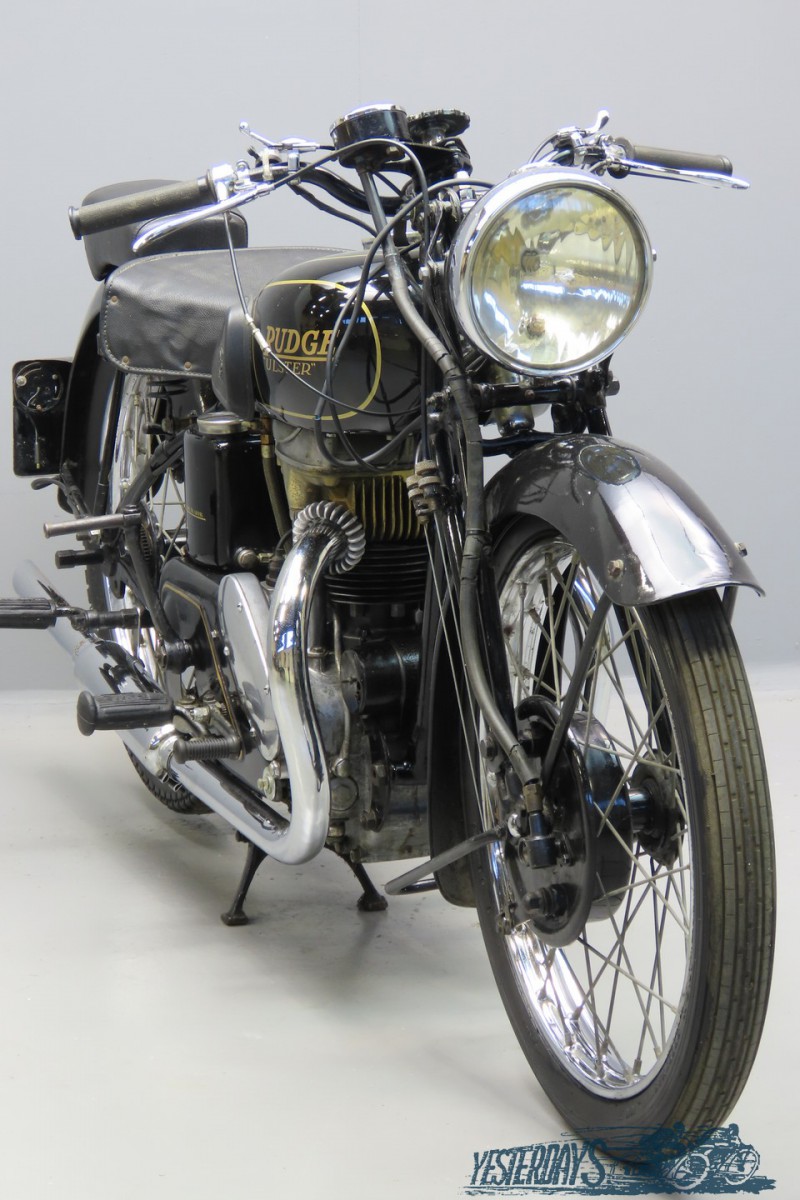 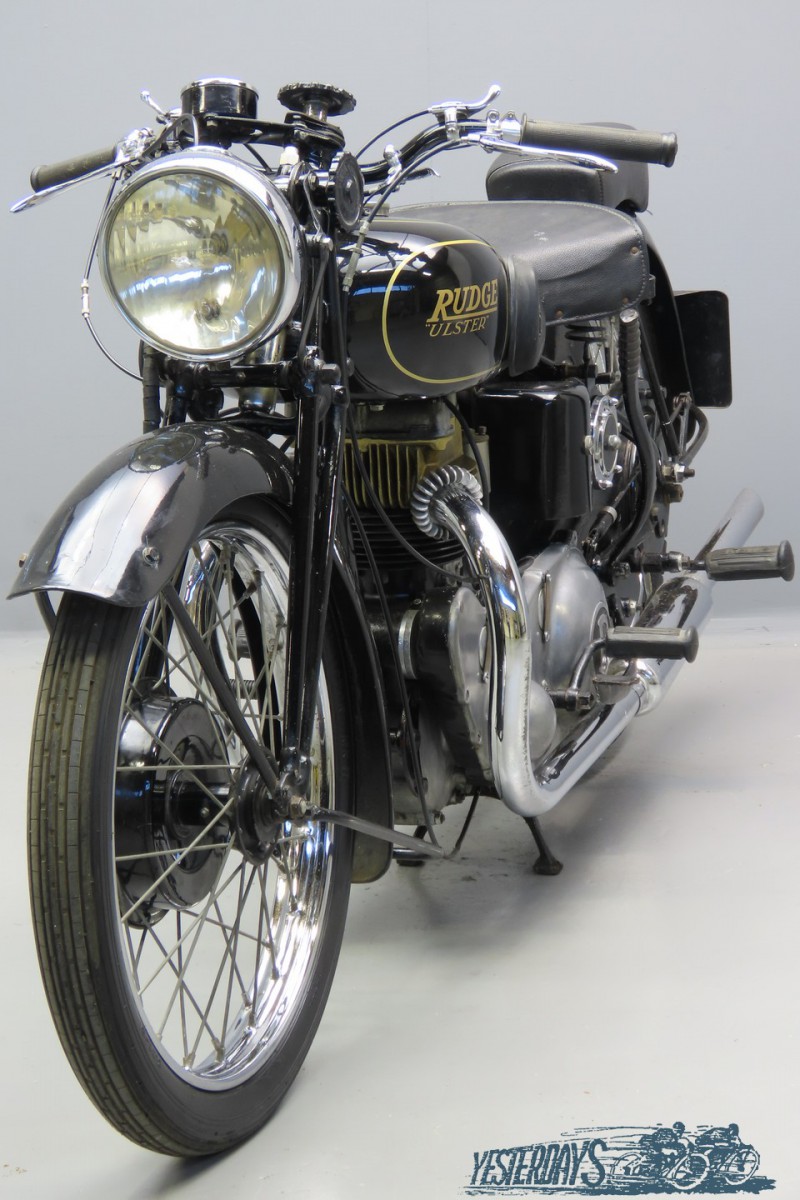 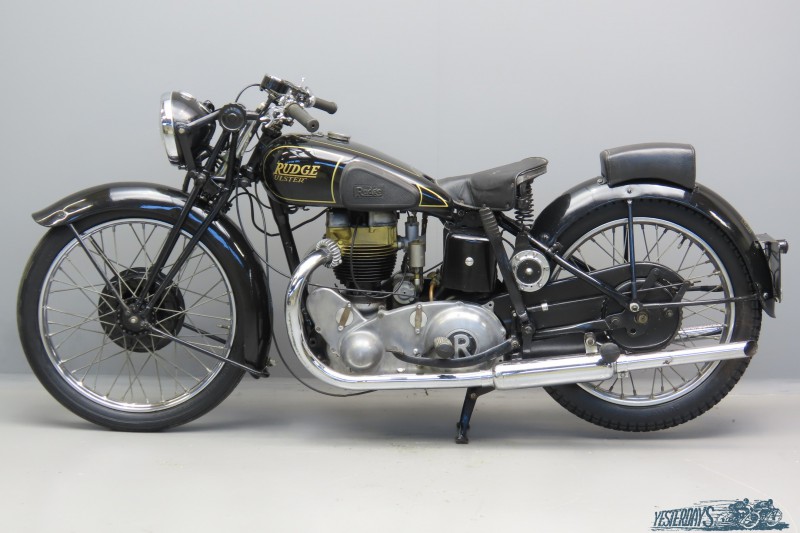 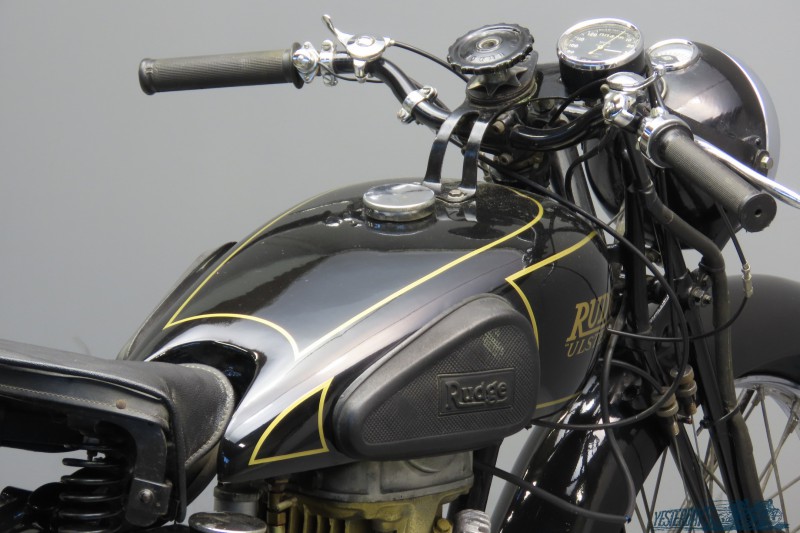 The Rudge_Whitworth company was an established bicycle factory that entered motorcycle production in 1911.
Their first machines were 499 cc IOE singles.
They developed the famous Multi gear, with a possibility of up to 21 gear positions.
In 1924 the factory introduced a new range of four valve singles. In 1928 Graham Walker managed to win the Ulster Grand Prix on a Rudge, after a heroic handlebar-to handlebar battle with Charlie Dodson on a Model 90 Sunbeam.
Since then the sporty Rudge models were designated “Ulster”.
Rudge used several layouts for its 4 valve models and from the 1931 model range on they settled for the semi-radial arrangement of parallel inlets ( in a flat head surface) for deep breathing and radial exhausts ( in a part spherical surface) for cool running.
At the same time plug size was reduced from 18 to 14 mm to allow more metal between the hole and the exhaust seats.
This layout proved very successful and was retained till the end of Rudge production in 1940.
From 1934 the Rudge Ulster was equipped with an aluminium bronze cylinder head.
An important new feature from 1937 on was the enclosure of the valve gear by a neat aluminium cover.
This machine was purchased by the deceased owner in 1987.
The registration document mentions 27th of January 1939 as first date of registration but the frame number points to 1937 as year of manufacture.
The owner was not impressed by the quality of assembly, and therefore decided to give the bike to a professional restorer to correct the inadequacies of the previous owner.
There followed a period of work and, after exchanges of invoices and letters detailing progress, the work ended in 1988.
Possibly the Rudge was never used on the road after that, it has been dry garage-stored since approximately 1988.
The engine number on the documentation does not match that on the engine, indicating that the engine, or crankcases, have been changed at some time in the past.
With the machine comes correspondence and invoices referring to the restoration work and some Rudge documentation, notably from the Rudge Enthusiasts Club.
The equipment includes steering damper, Smiths speedometer and pillion pad.