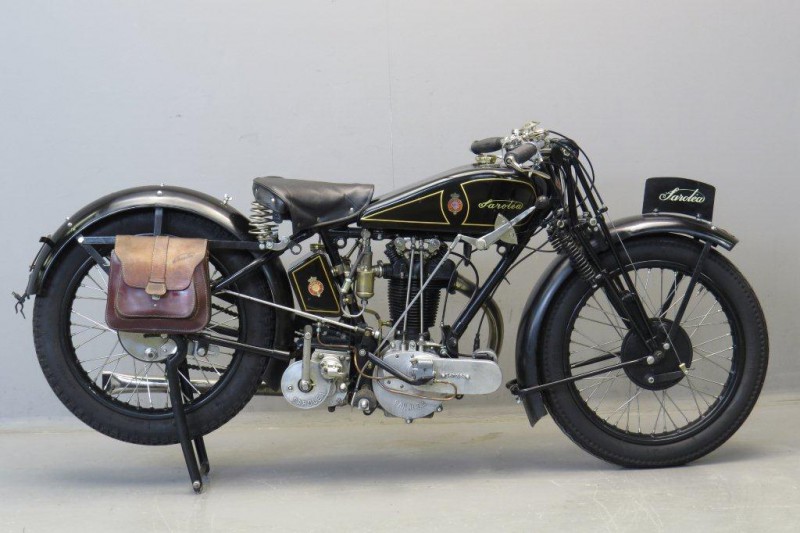 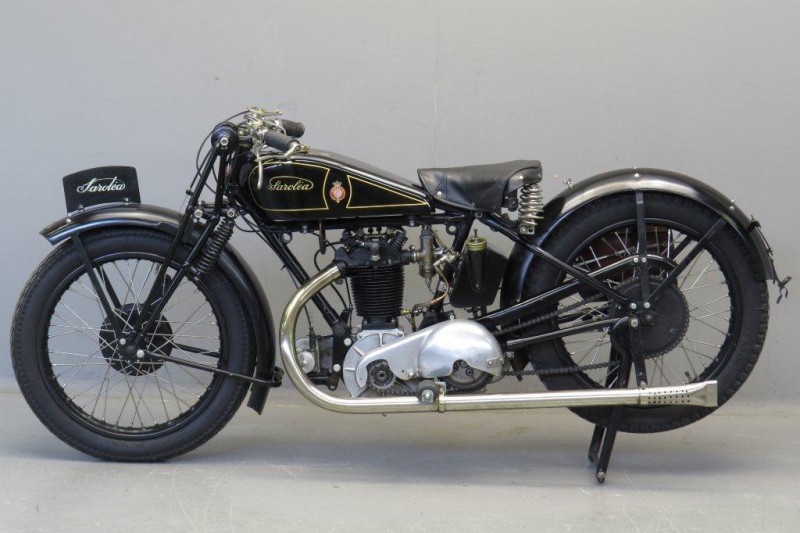 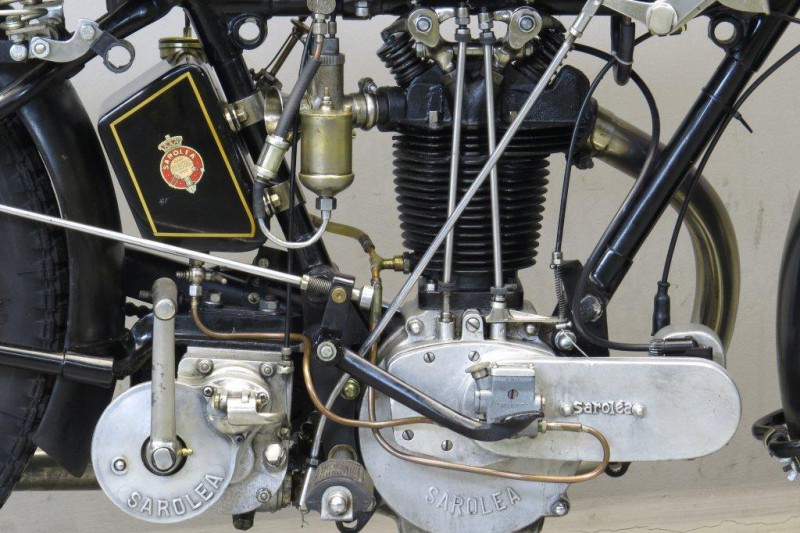 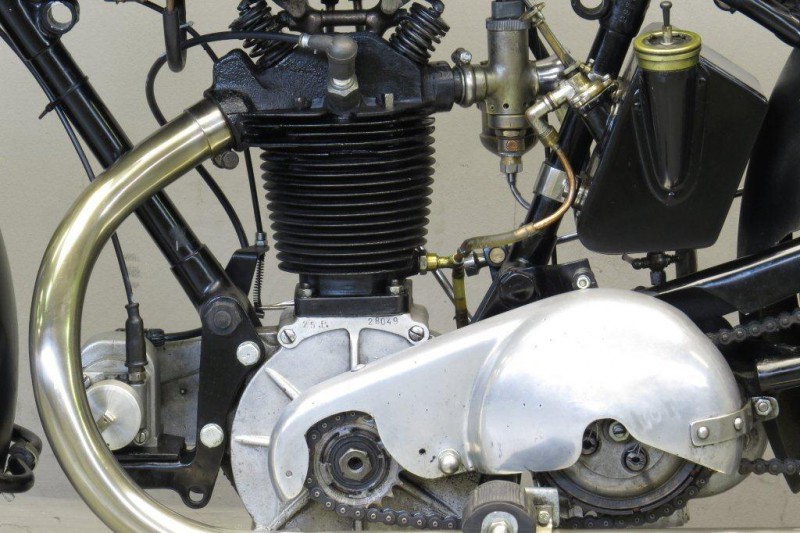 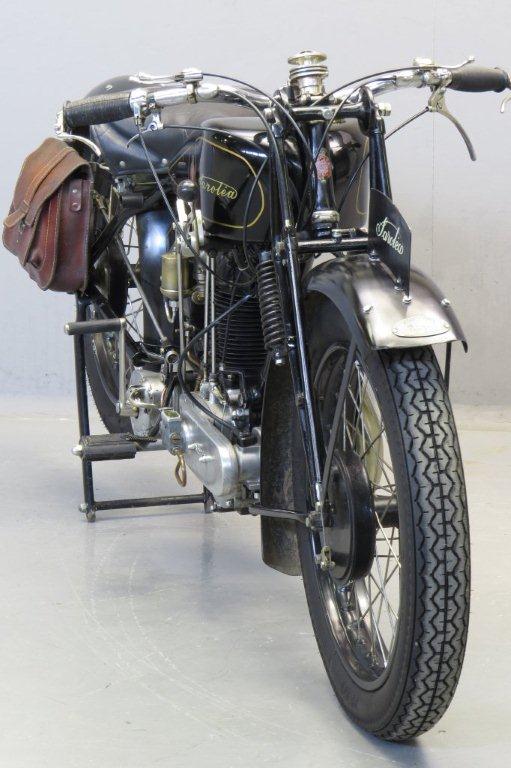 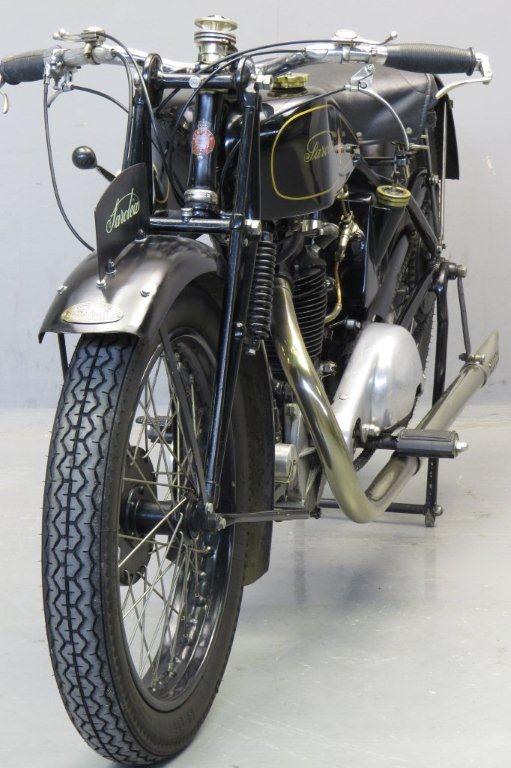 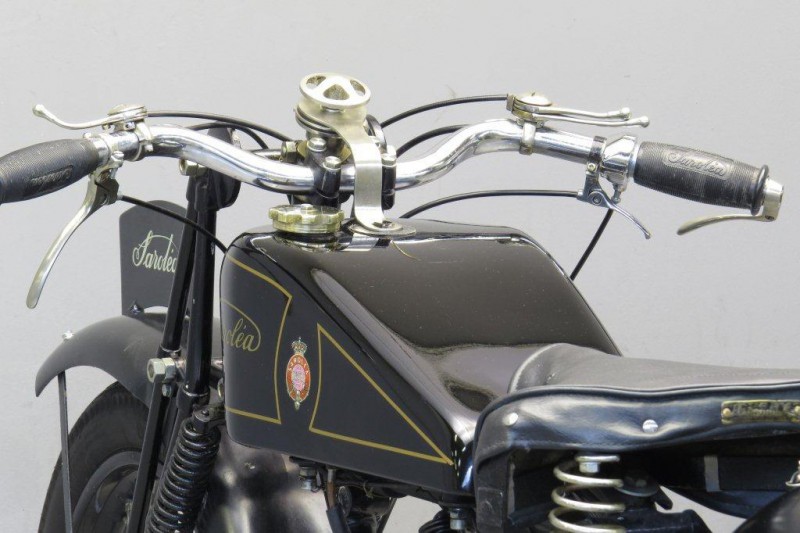 The firm was established in  1850 at  Herstal( Liege)  as an arms factory by Joseph Saroléa.
In 1892 the production of bicycles was started.  Joseph died in 1894 and under the management of his sons the company grew bigger and bigger.
In the early years of the new century the company  started to develop motorized bicycles and soon Saroléa was a force to reckon with: around 1907  the firm employed some 200 labourers and had 4000 m2 of production facilities.
In the early years of the century  Saroléas were sold  in Britain under the “Kerry” brand.
Both singles and V twins were made and the firm supplied engines to a number of  firms in several countries. In turn,  Saroléa used a number of British components such as Sturmey Archer gearboxes and AMAC carburettors. In the 20s the firm got  successfully involved with  long distance runs, reliability trials and hill climbs.
From 1927 on the company  made its own gearboxes and early in 1929 the factory was extended to some 6000 m2.
Nearly all components of the bikes were made in-house now and the production capacity grew to 50 machines per day.
Later in 1929 a brand new state-of –the-art production facility was commissioned which brought the production capacity to 75 machines per day.
The 1930 range consisted of six models,  a side valve and  overhead valve 350, one side valve 500 and no less than three ohv machines in the 500 cc class.
Among these three  a Super Sports model and a  Racing model, an indication that Saroléa was serious about its sporty image.
This sporty 350 delivers 14 HP which gives a top speed of 110 kms per hour.
The petrol tank capacity is 10 litres, the oil tank holds 2 litres.
Petrol consumption should be just a little bit more than 3 litres per 100 kilometres.
This machine has been restored some time ago and she’s a fine runner.