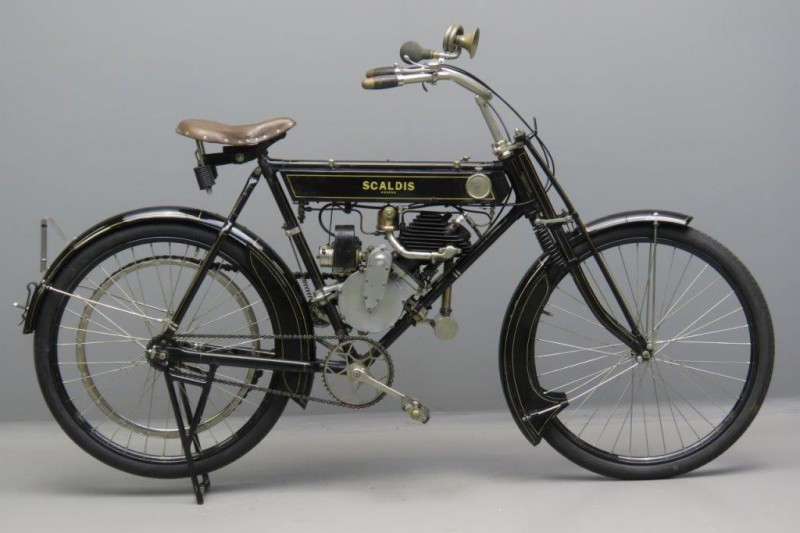 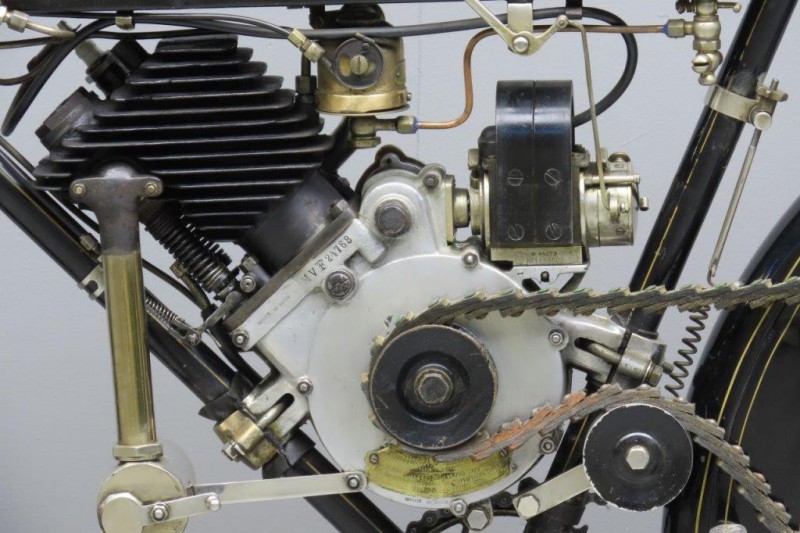 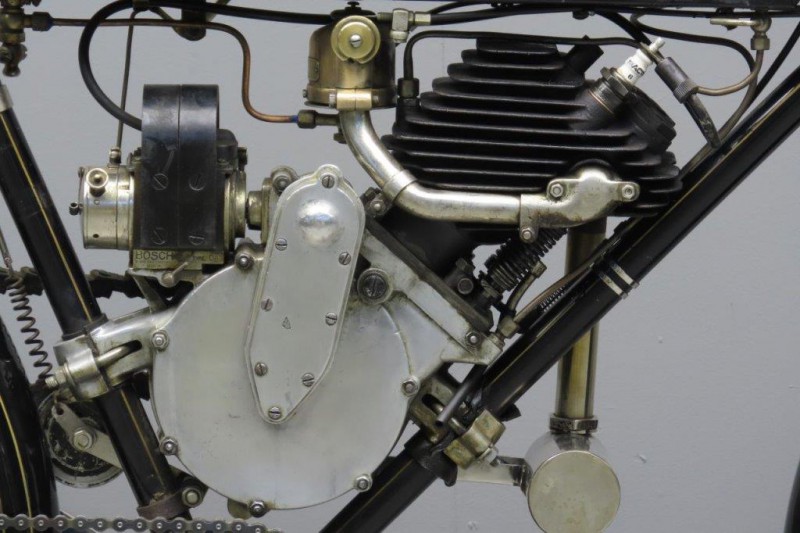 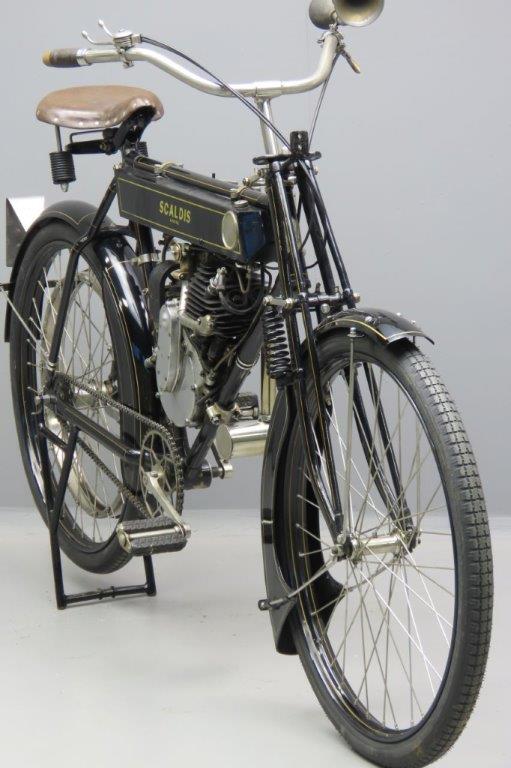 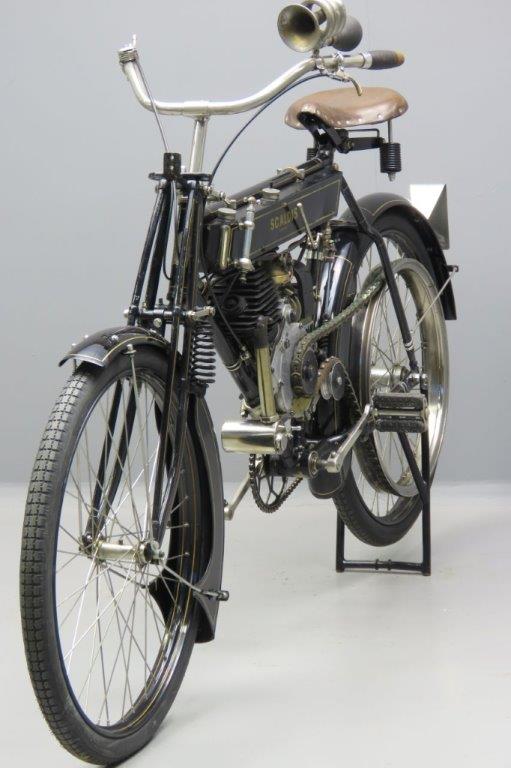 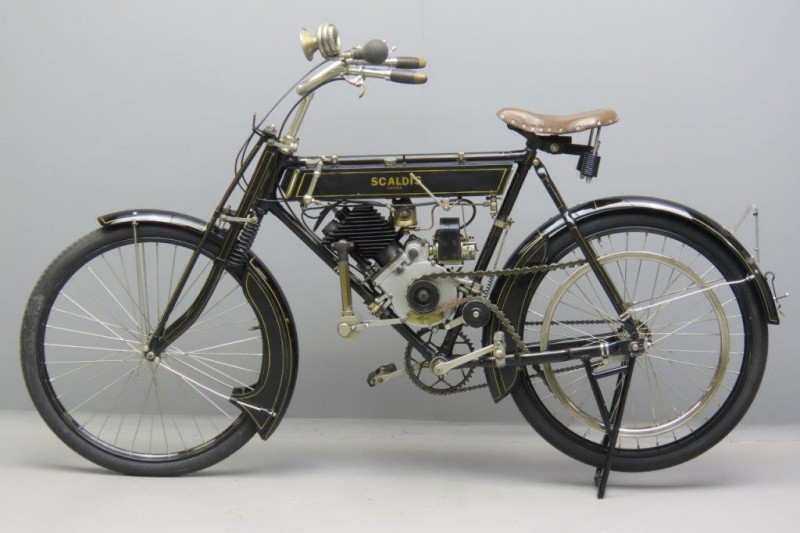 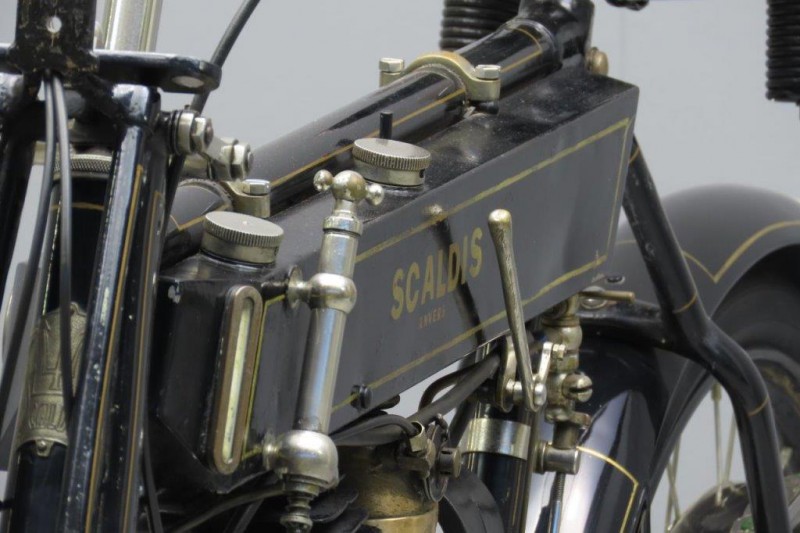 The company was established in 1889 in Antwerp by Jos van der Wielen to produce bicycles and supply bicycle parts to the trade.
Antwerp is located along the river Scheldt and Scaldis is the Latin word for this river.
In 1913 Van der Wielen started the production of motorcycles. Initially two types were offered, a light 2 ¼ HP model with Motosacoche engine and a somewhat heavier model with 2 ¾ HP Zédel engine. The light model could be ordered as a complete machine or as a kit of parts.
It appears in 1914 a V-twin was added to the range.
The manufacture of bicycles and motorcycles was continued during the war, but in 1919 motorcycle production was discontinued.
Not many Scaldis machines have survived, about five or six are known so we can safely say this little machine is a pretty rare bird.
She is fitted with the reliable and well-made Motosacoche engine of the MV type and Bosch magneto.
This engine type was produced between 1912 and 1919 and has bore x stroke dimensions of 64 x 90 mm.
The spicy encine and light weight of this Scaldis make her a practical and easy to ride veteran.
She has been restored a number of years ago and is in excellent mechanical shape.