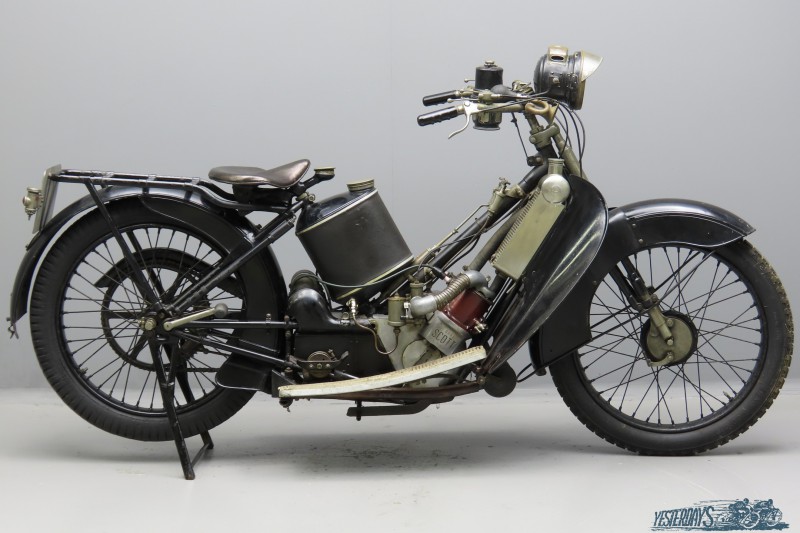 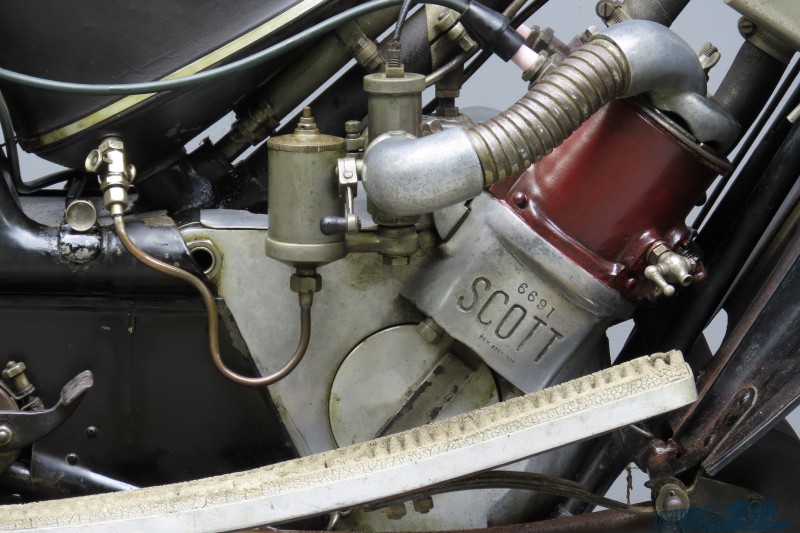 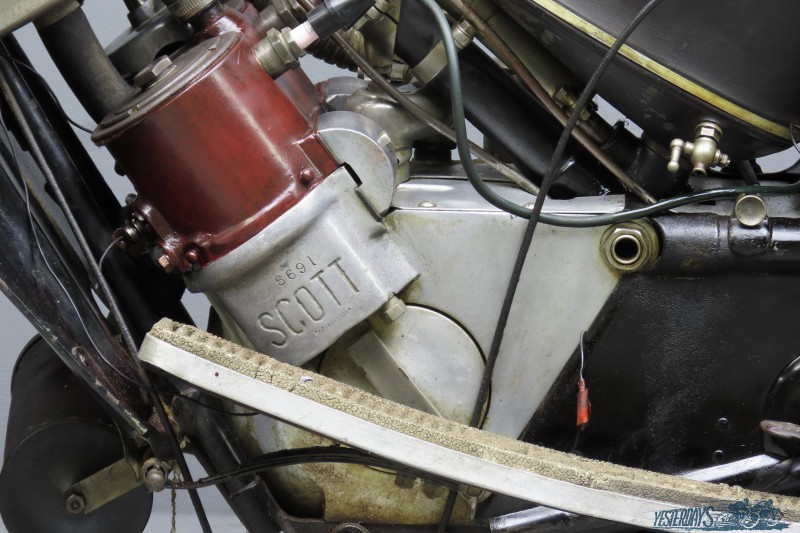 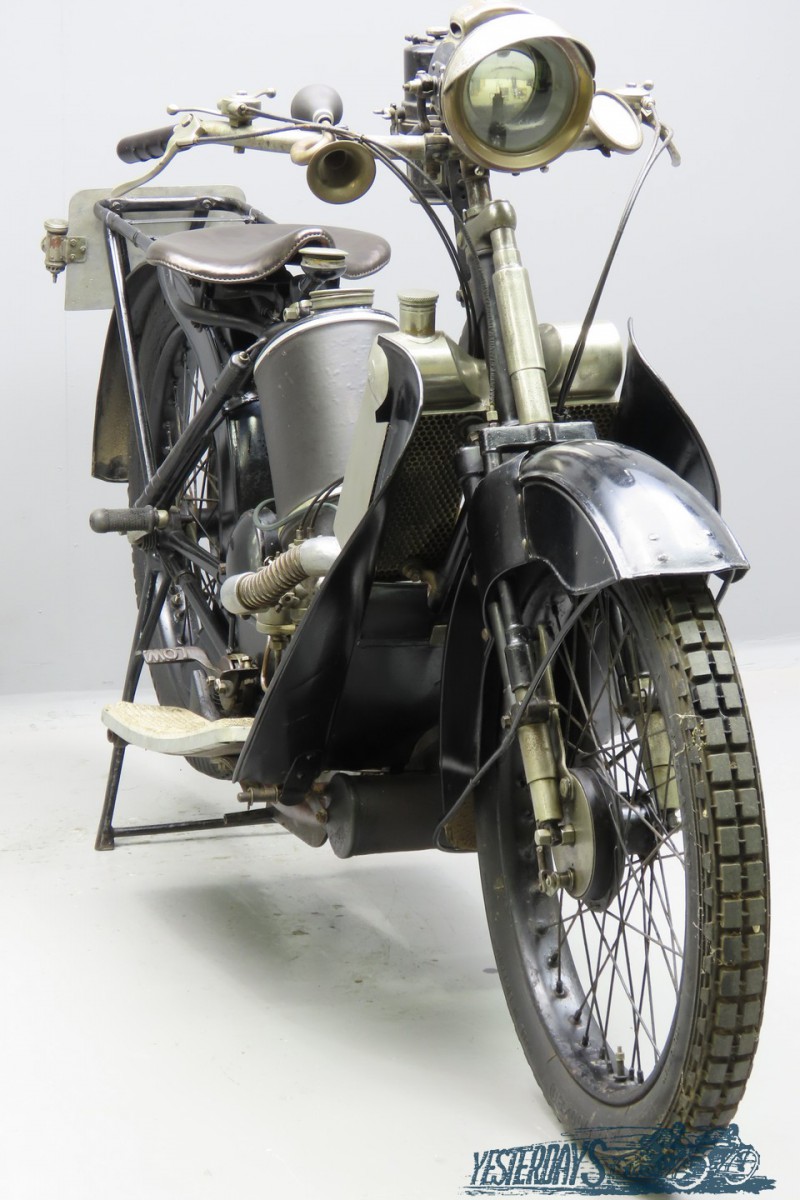 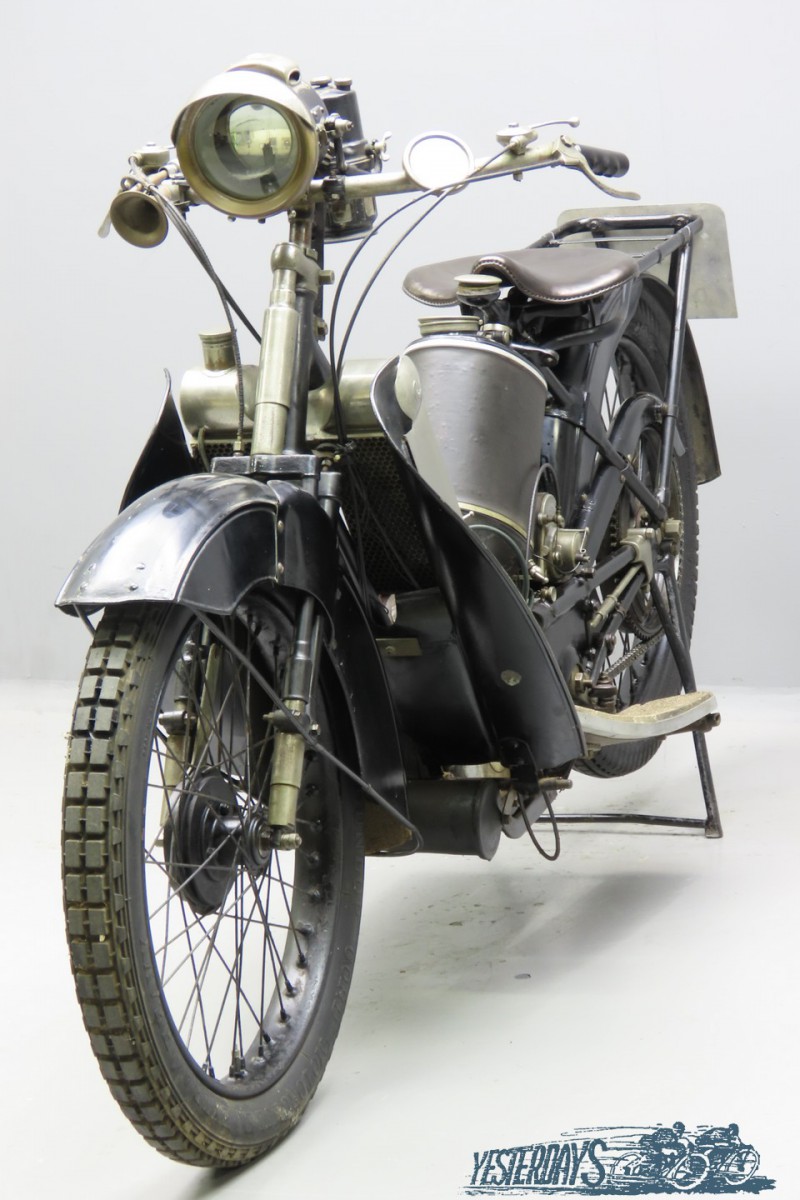 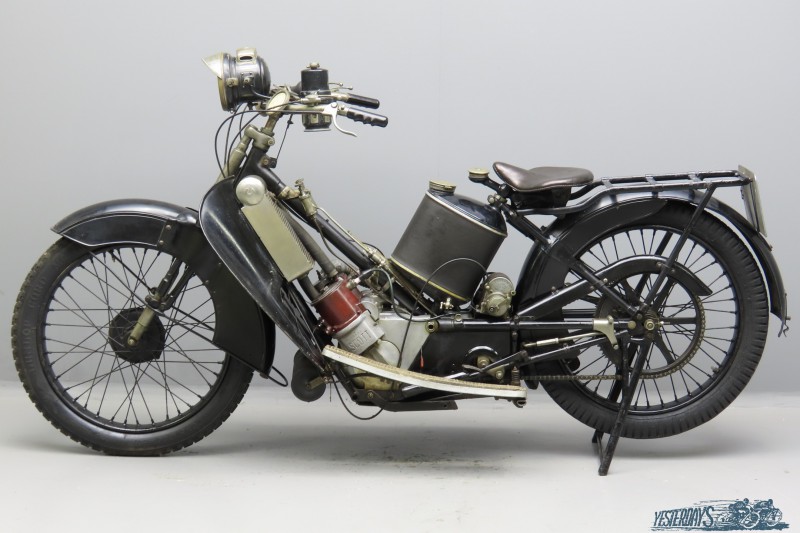 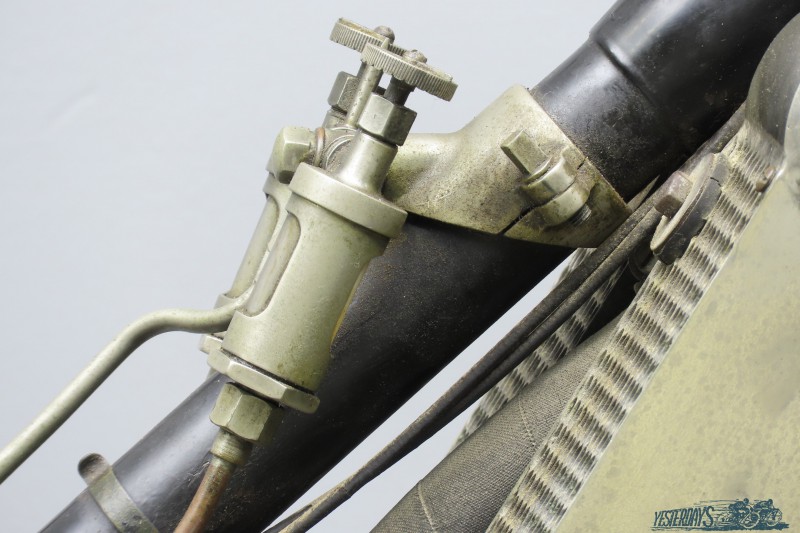 Alfred Scott, a gifted Yorkshire engineering genius, started experimenting with twin cylinder two-stroke power around the year 1900, when he mounted his little air-cooled twin in front of the steering head of his Premier bicycle.
He kept on refining his design and by 1910 the open-framed machine, so much different from standard motorcycle practice, was attracting more and more attention.
In 1912 Frank Applebee led the Senior TT race from start to finish on his Scott, averaging almost 50 mph over the bad roads in the island.
It was the first TT win by a two-stroke.
This feat was repeated the next year when Tim Wood won on a Scott.
In 1921 only the 532cc machine with bore and stroke of 73x 63.5mm was available but for 1922 also a lighter and more sporty 486cc ( 70x 63.5) version was made, the Squirrel.
Three speeds became an option in 1923. An editor of “The Motor Cycle” remarked about the new 1922 Scott: “The standard model has long been pre-eminent for its road-holding qualities, comfort and silence and has not been appreciably altered since last year, as one would expect from the number of votes it received in our “Best Solo Machine” correspondence.”
The Standard Model was continued through 1923 virtually unchanged, apart from the fitting of a new 5-inch internal expanding front brake.
According to the Scott Owners Club the machine we offer here has matching numbers and was invoiced by the factory to Tebutt of Southampton on 21st June 1923.
The machine was registered as CR8008 two days later.
She features an unusual and interesting ‘warm air’ induction system.
The machine seems to have seen little use: we think the plating and part of the enamel is still in original condition.
We’ve been informed that for many years it was a display item in the showrooms of Perc Small, a Southampton & Winchester motorcycle dealer.
This is the only name which appears on the continuation buff log book that dates from 1956.
The logbook also indicates that the bike was taxed only in 1956 and 1960, and that the previous licence had expired in December 1930.
DVLA records indicate that it was last taxed in 1984.
This fascinating unspoilt Scott comes with Lucas acetylene lighting system, XL-All saddle, Fellows magneto, sprung footboards with original white rubber “Scott” script and various documentation such as a facsimile copy of “The Book of the Scott” with driving instructions.