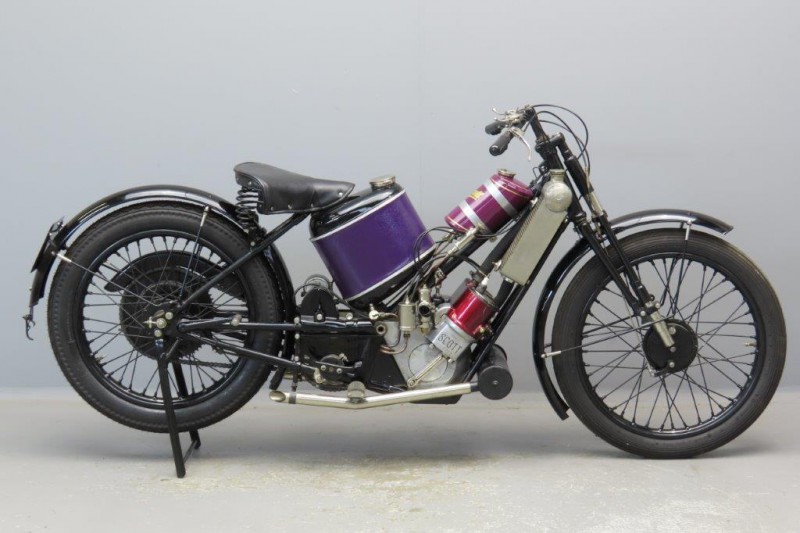 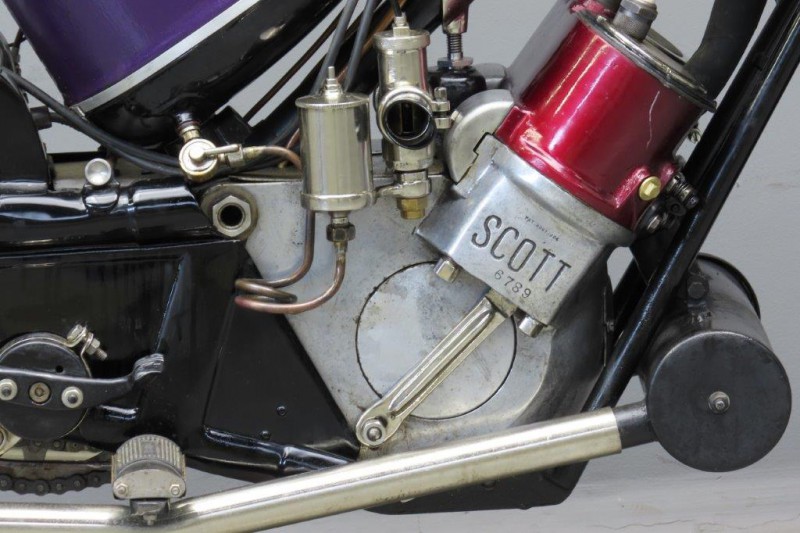 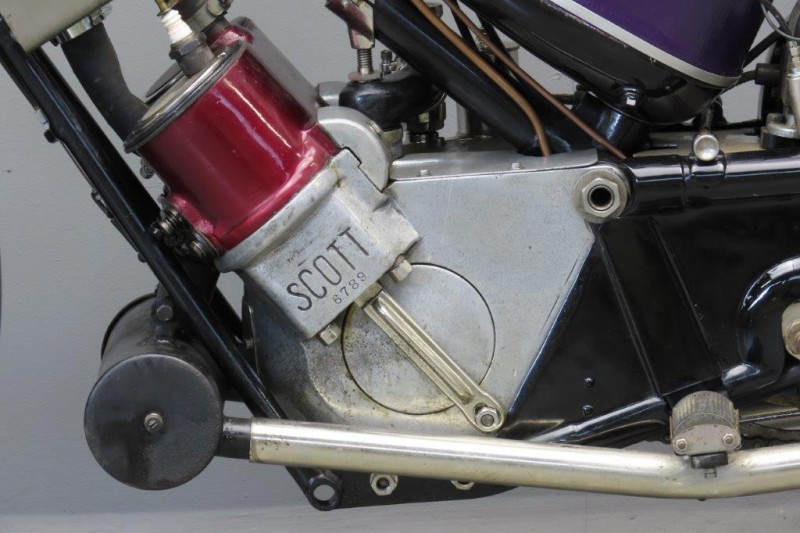 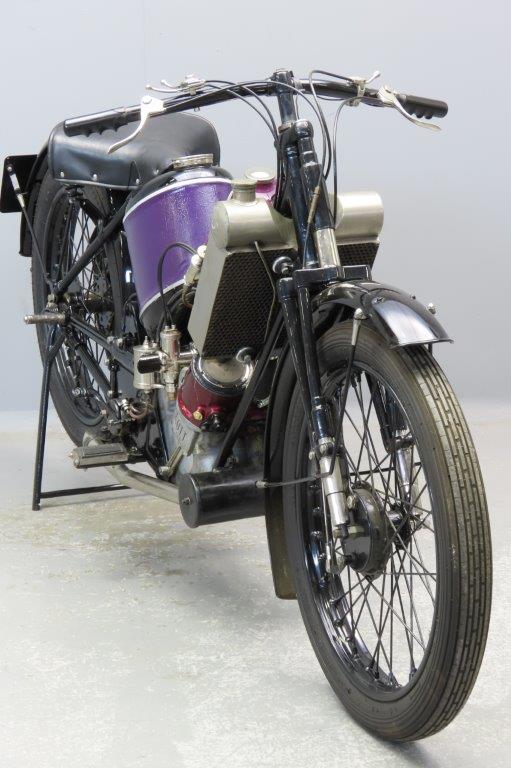 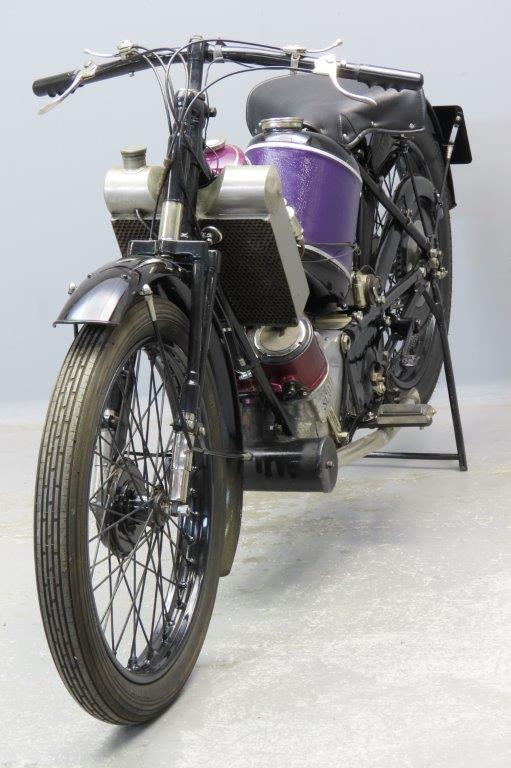 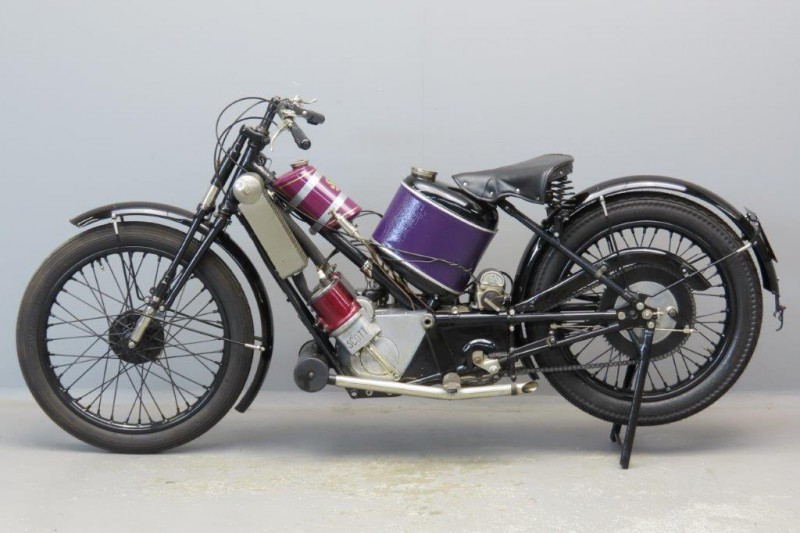 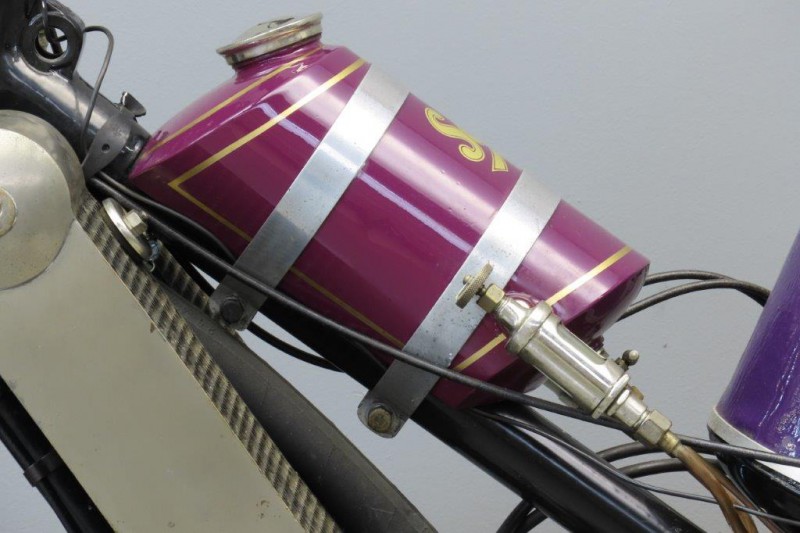 Alfred Scott, a gifted Yorkshire engineering genius, started experimenting with twin cylinder two-stroke power around the year 1900, when he mounted his little air-cooled twin in front of the steering head of his Premier bicycle.
He kept on refining his design and by 1910 the open-framed machine, so much different from standard motorcycle practice, was attracting more and more attention.
In 1912 Frank Applebee led the Senior TT race from start to finish on his Scott, averaging almost 50 mph over the bad roads in the island.
It was the first TT win by a two-stroke. This feat was repeated the next year when Tim Wood won on a Scott.
Scott’s familiar Squirrel model name was introduced for their first production sports machine in 1921.
It differed in a number of respects from the ongoing Standard model, but the fundamentals of a water cooled twin cylinder two stroke engine, two speed gear, telescopic forks, chain drive, and triangulated frame were of course retained.
For the 1924 model year both wheels were fitted with internal expanding hub brakes and the oil-in-frame feature was discarded. In its place, a separate, cylindrical oil tank retained with aluminium bands was fitted to the main down tube on the frame.
Twin drip feeds were mounted near its base so they were readily visible but did not require long delivery pipes.
In 1925 a further developed model was catalogued as “Super Squirrel” and a year later a beefed up version was brought out as “Flying Squirrel”.
This Squirrel is fitted with BTH magneto and Amac carburettor.
It was first registered in April 1924 and has been restored a number of years ago.