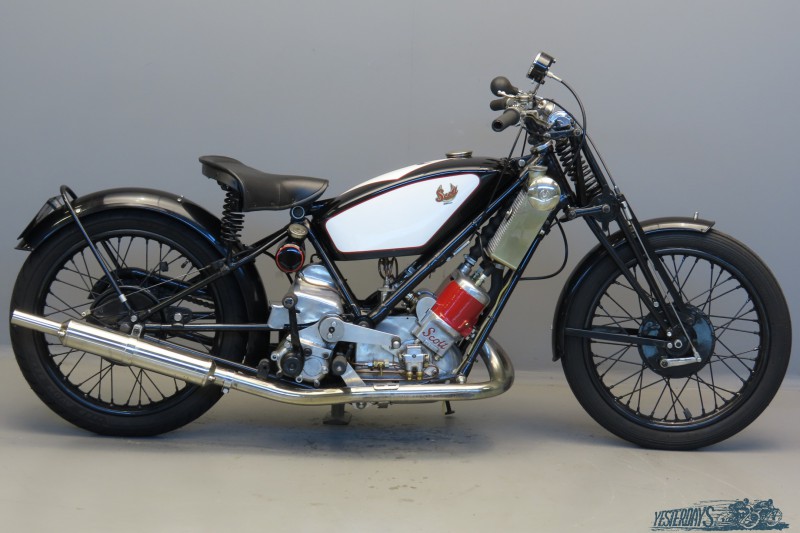 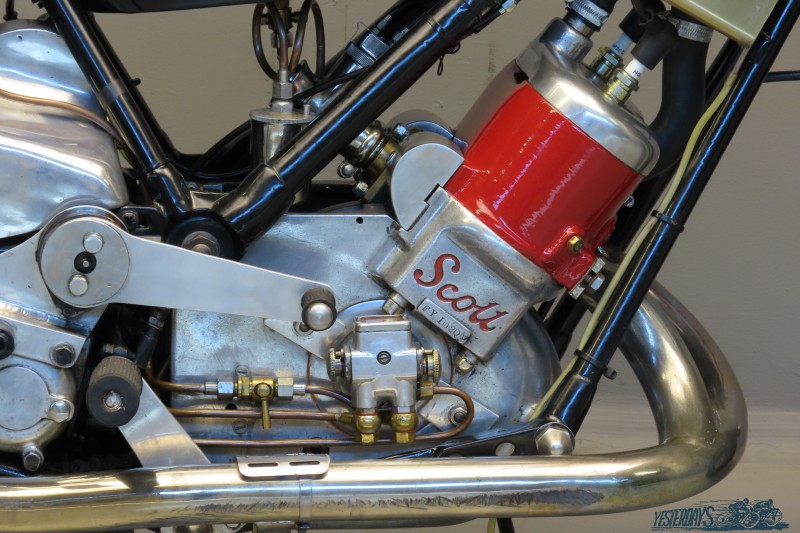 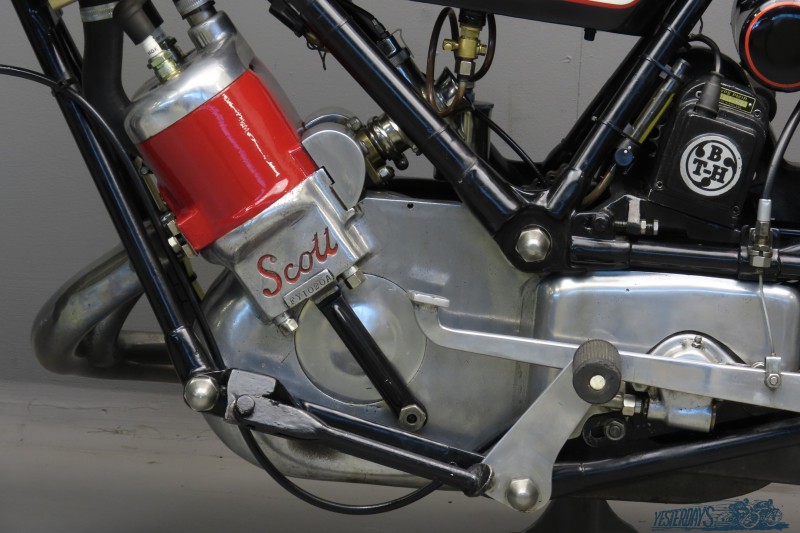 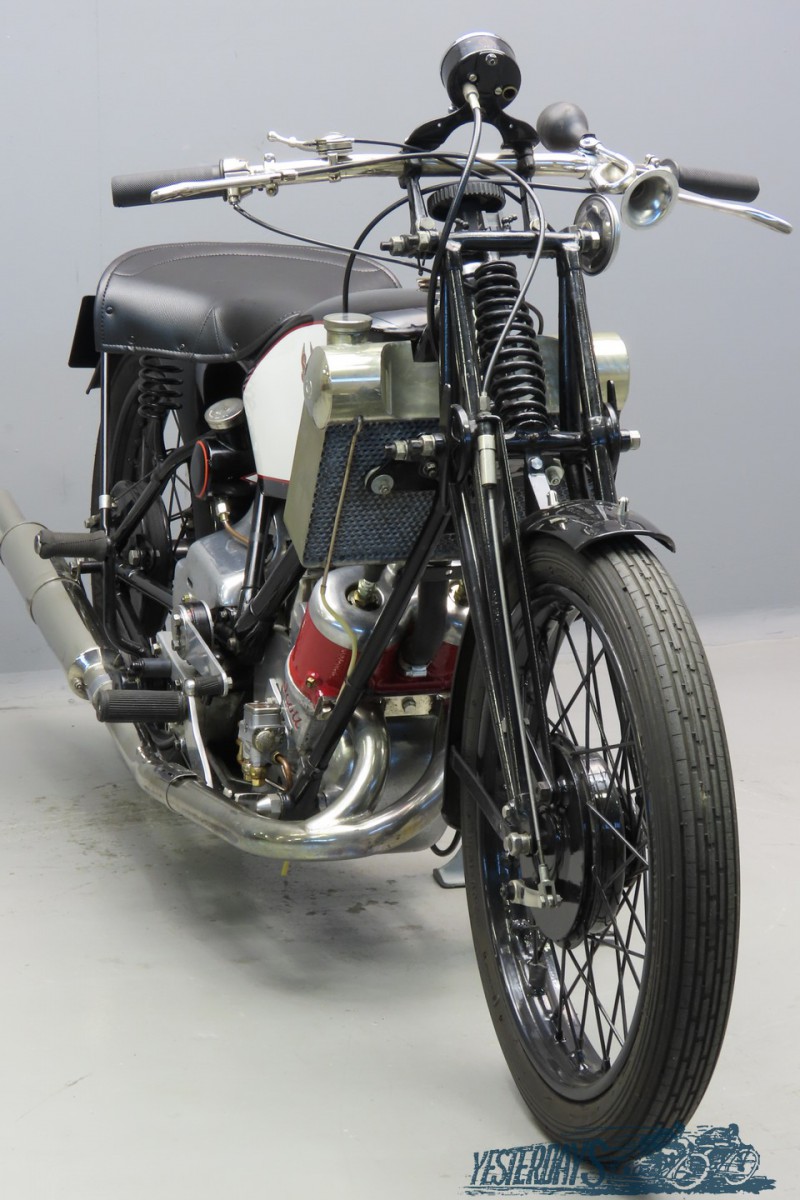 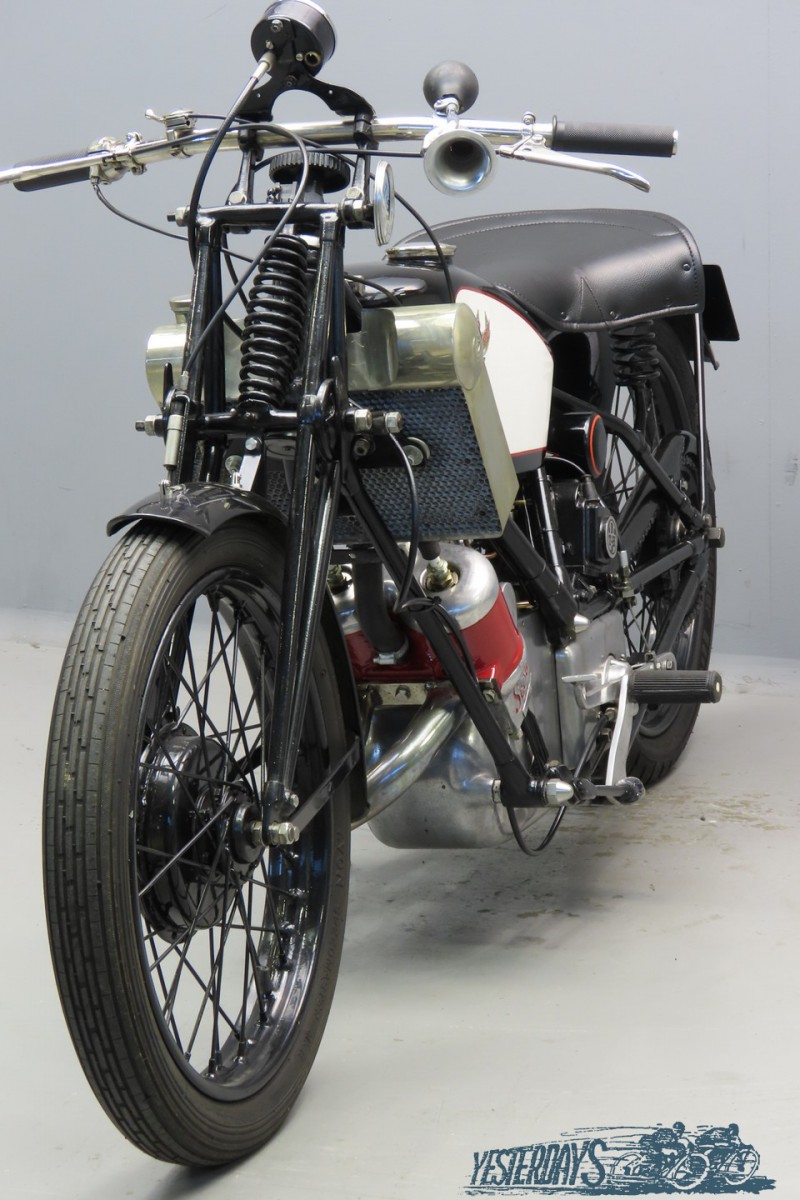 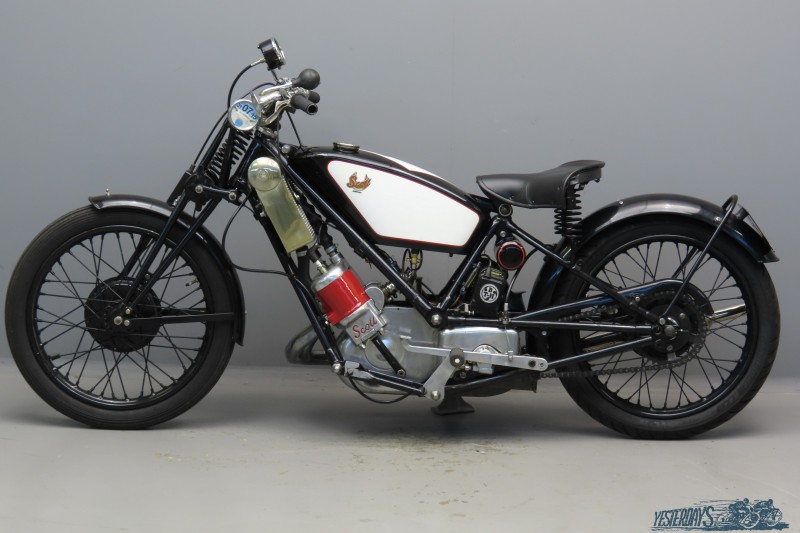 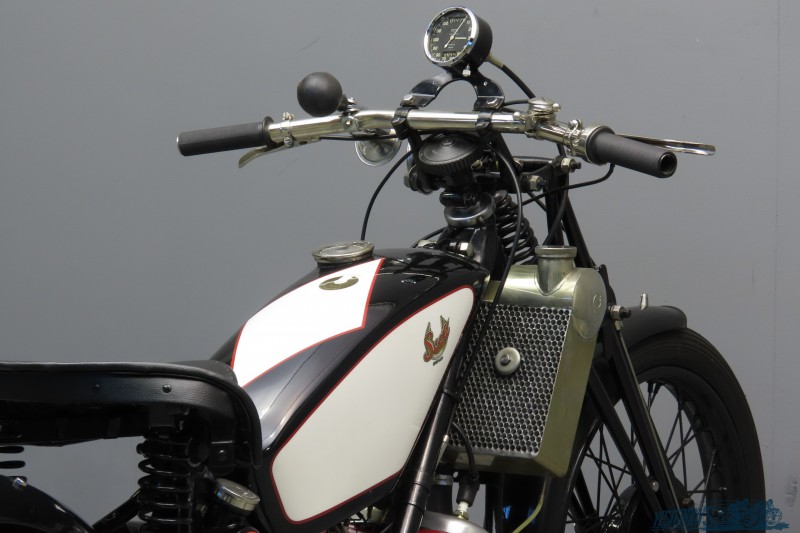 Alfred Scott, a gifted Yorkshire engineering genius, started experimenting with twin cylinder two-stroke power around the year 1900, when he mounted his little air-cooled twin in front of the steering head of his Premier bicycle.
He kept on refining his design and by 1910 the open-framed machine, so much different from standard motorcycle practice, was attracting more and more attention.
In 1912 Frank Applebee led the Senior TT race from start to finish on his Scott, averaging almost 50 mph over the bad roads in the island.
It was the first TT win by a two-stroke. This feat was repeated the next year when Tim Wood won on a Scott.
In the early twenties the type name “ Squirrel” appeared for a new sports model which gained great popularity for its speed and lightness.
For the 1926 season the Flying Squirrel was introduced in 498cc and 596cc capacities, the latter being the most expensive machine in the range.
Like its major rivals, Scott was well aware of the publicity value of racing and the allure of models with a TT connection, so the adoption of an optional full-frame tank, like that of the works racers, for the new Flying Squirrel was not surprising.
Subsequent models also benefitted from the racing programme, gaining the duplex frame and bigger brakes (first seen on the works bikes in 1926) and the magneto-platform Pilgrim oil pump adopted for the 1927 TT machines.
The Flying Squirrel took on more of a touring role in the 1930s, being further up-dated with detachable cylinder head, Brampton forks and a foot-change gearbox.
Late in 1928 the new models for 1929 were introduced and according to its specifications this sports mount is a Tourer, according to the brochure “…the biggest surprise of the new Scott programme. With the exclusive constructional features of its much more expensive predecessor, this machine is so modified that it combines also the best points of the popular three-speed Super Squirrel, which model it replaces. (…) The handsome lines of the 2 ½ gallon tank are accentuated by a tasteful finish in black and white wear-resisting cellulose lacquer.”
Another new feature of the Tourer was the use of Webb forks and a Webb rear hub.

Some years ago this short-stroke Scott has benefitted from an extensive £4,000 plus reconditioning programme, as testified by a pile of invoices.
The engine was rejuvenated by specialist Roger Moss Engineering of South Croxton, the gearbox got a treatment from specialist Eddy Shermer and a new radiator was supplied by Graham Moag. The close ratio three-speed gearbox control has been converted to more practical foot change and the machine is fitted with a handy side stand and a Smiths speedometer.
According to the former owner recent work included a decoke with new gaskets and new cables.
This “Flyer” is in good restored condition and ready to be enjoyed by a new keeper.