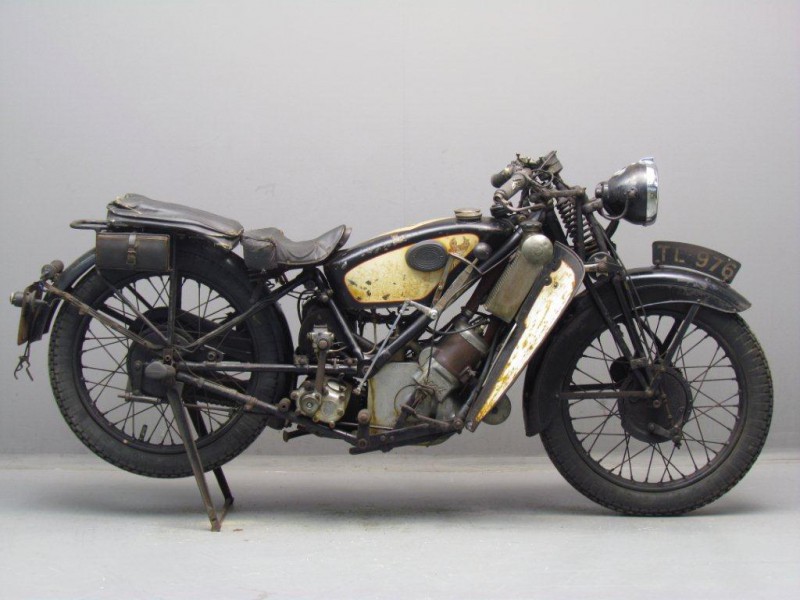 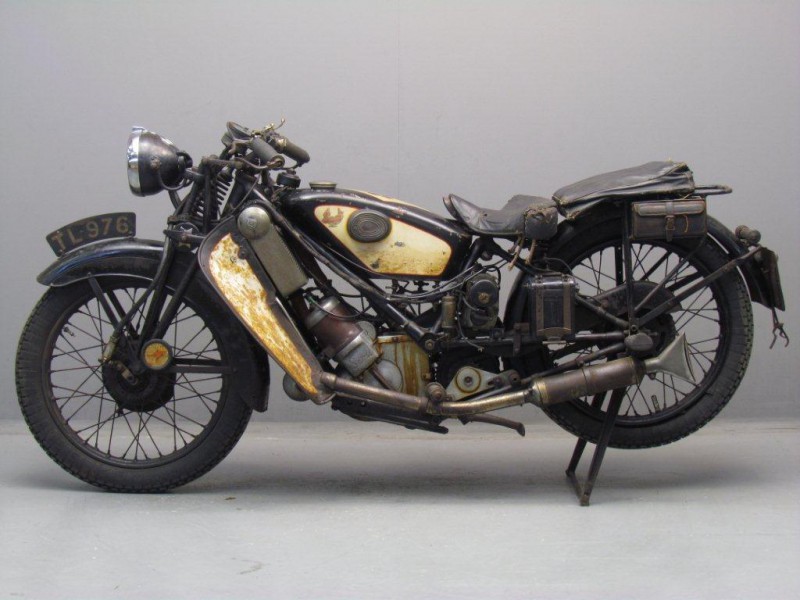 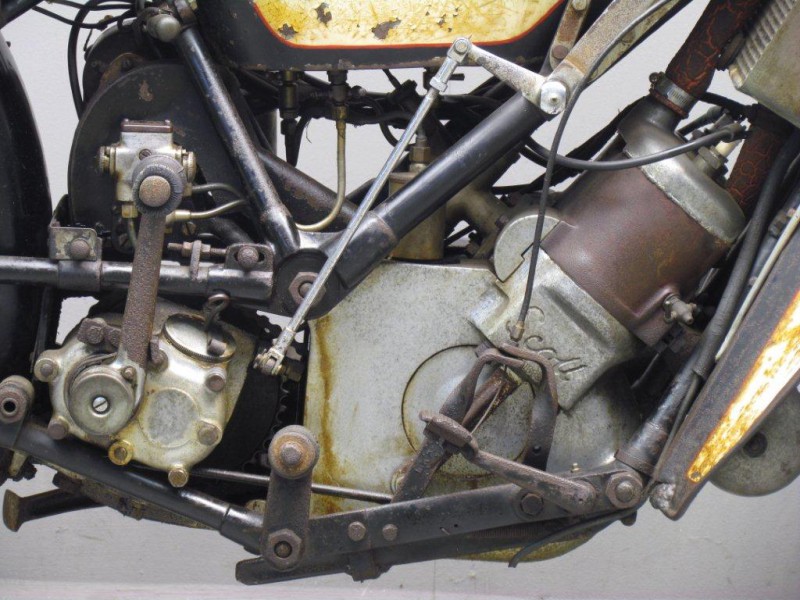 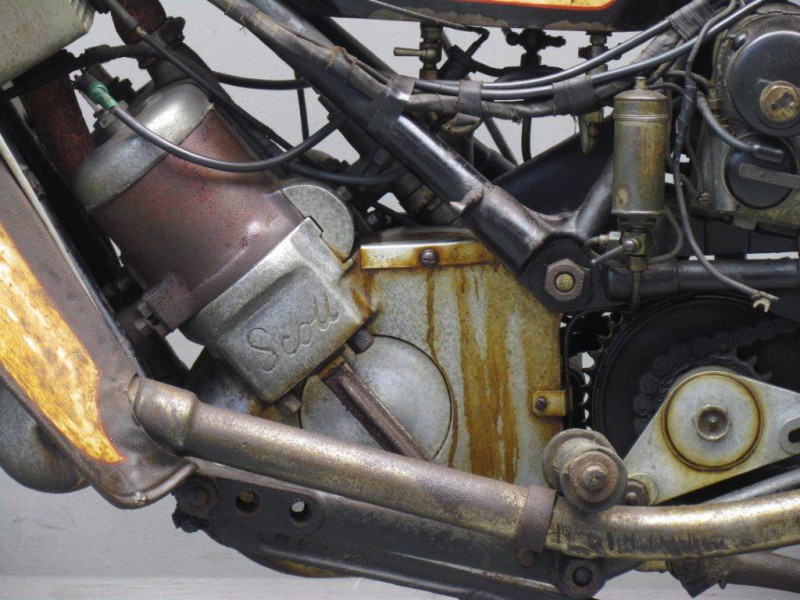 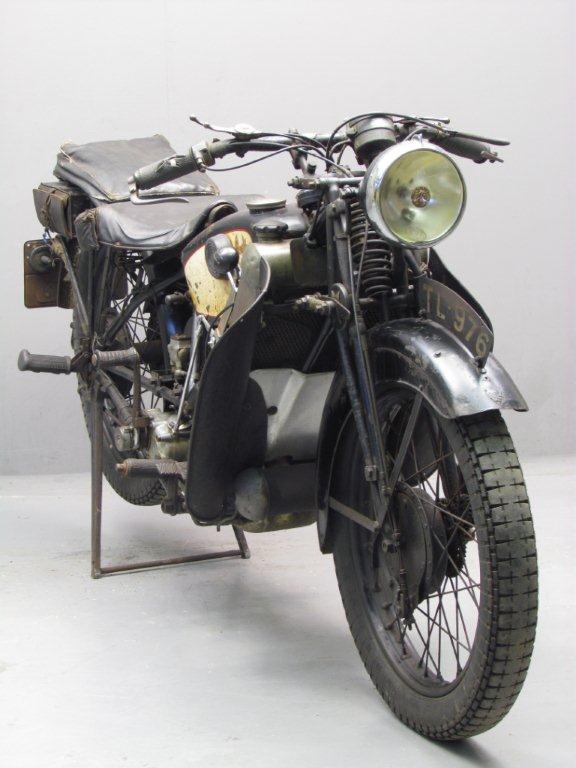 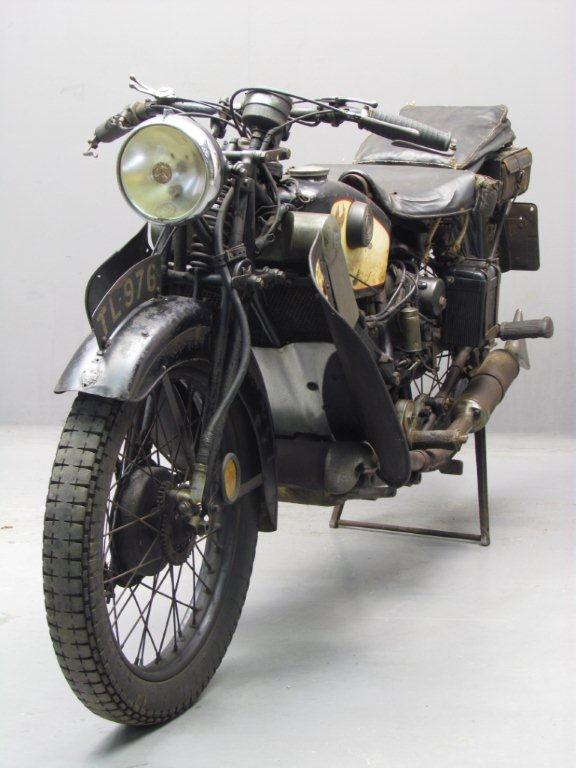 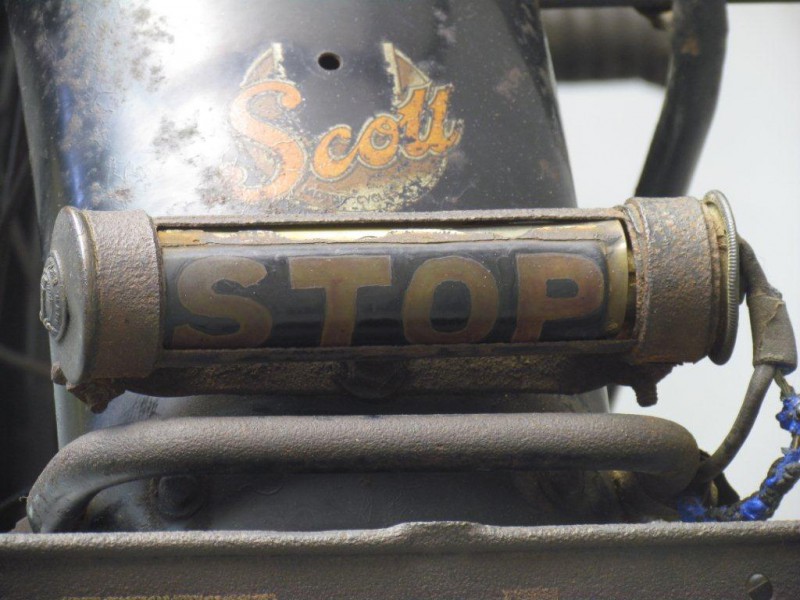 Alfred Scott, a gifted Yorkshire engineering genius, started experimenting with   twin cylinder two-stroke power  around the year 1900, when he mounted his little air-cooled twin in front of the steering head of his Premier bicycle.
He kept on refining his design and by 1910 the open-framed machine, so much different from standard motorcycle practice, was attracting more and more attention.
In 1912 Frank Applebee led the Senior TT race from start to finish on his Scott, averaging almost 50 mph over the bad roads in the  island.
It was the first TT win by a two-stroke. This feat was repeated  the next year when Tim Wood won on a Scott.
In the early twenties the type name “ Squirrel” appeared for a new sports model which gained great popularity for its speed and lightness.
For the 1926 season the Flying Squirrel was introduced; its specifications included full mechanical oiling by  means of a Best and Lloyd pump, enlarged exhaust ports with polished passages and an improved water-cooled cylinder head that gave better plug cooling.
The Flying Squirrels were available in 498cc and 596 cc capacities.  Sold by Brian Verrall in March 1974, this Flying Squirrel is offered with an old-style continuation logbook (issued January 1946) recording only one previous owner.
This machine has much of its original paint and is in lovely “ oily rag” condition.