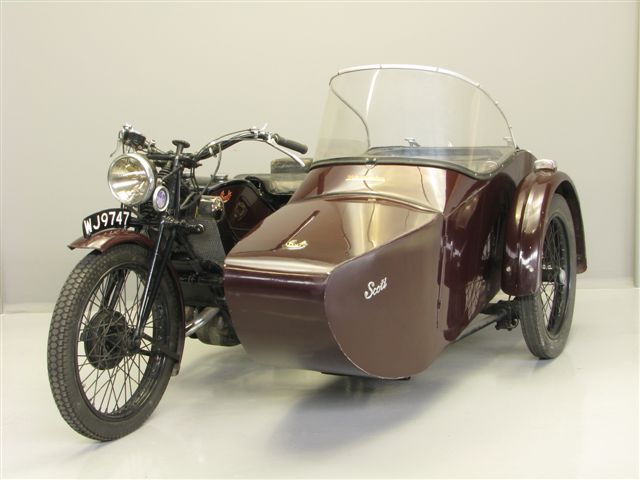 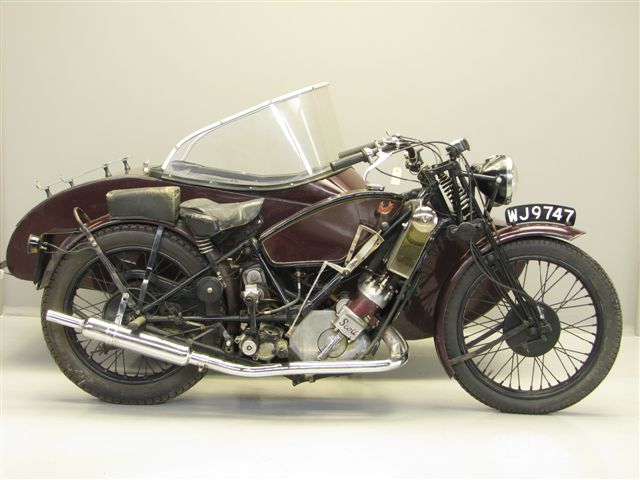 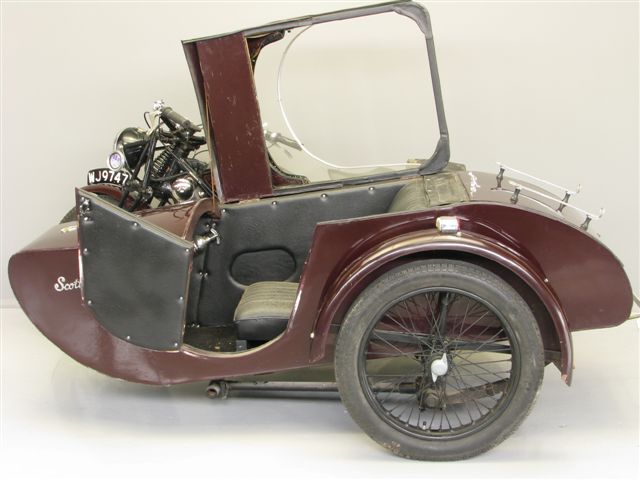 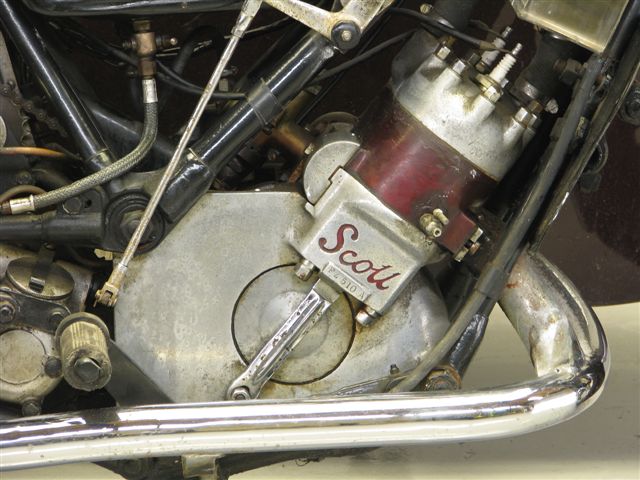 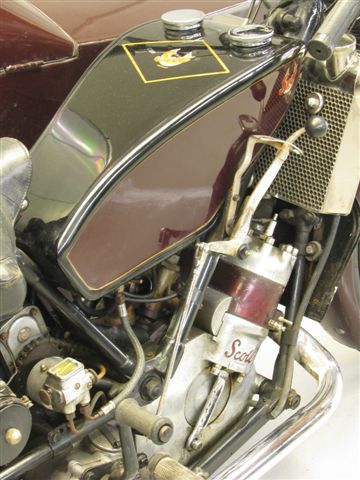 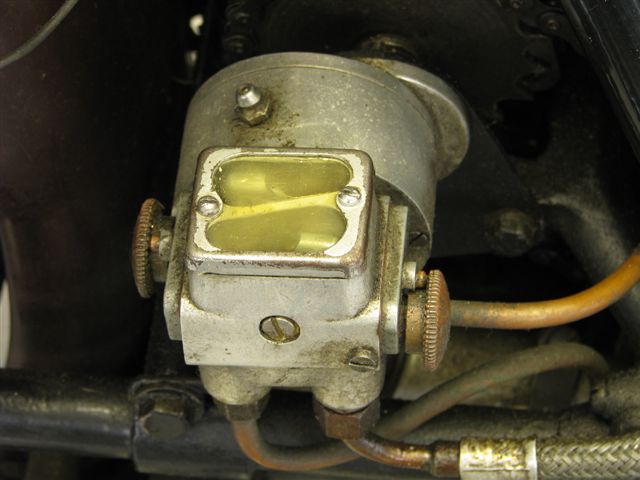 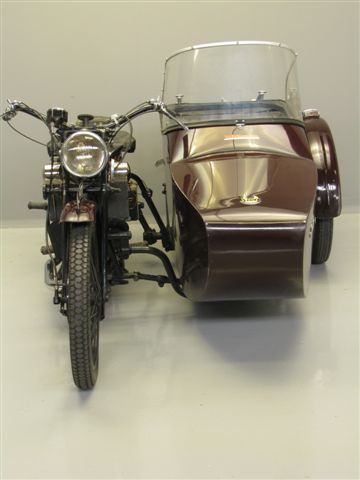 This restored Scott Flying Squirrel, complete with Watsonian Monarch sidecar, was formerly the property of the late Matt Holder, proprietor of The Scott Motorcycle Company from 1950 until his untimely death in 1980.
It was used by him personally for both business and pleasure, and incorporates several interesting modifications including Webb front fork, 596cc cylinder block with detachable head, lighting and speedometer, leg shields and a straight-through Burgess silencer mounted on the left-hand side.
The machine was sold at Sotheby’s auction at the Brooklands Museum in July 1988 (Lot 121A) at which time it was stated as last having been taxed for the road in September 1956.
The former owner purchased it in May 1995. Last used on the road in 2001.