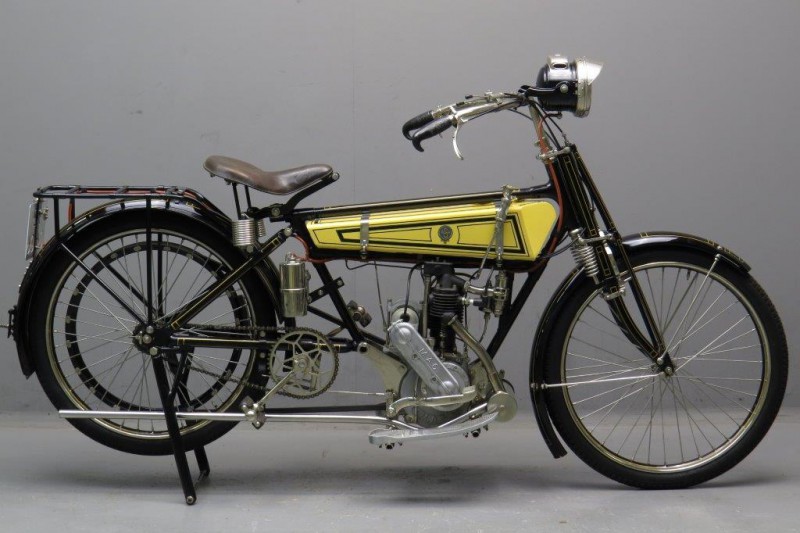 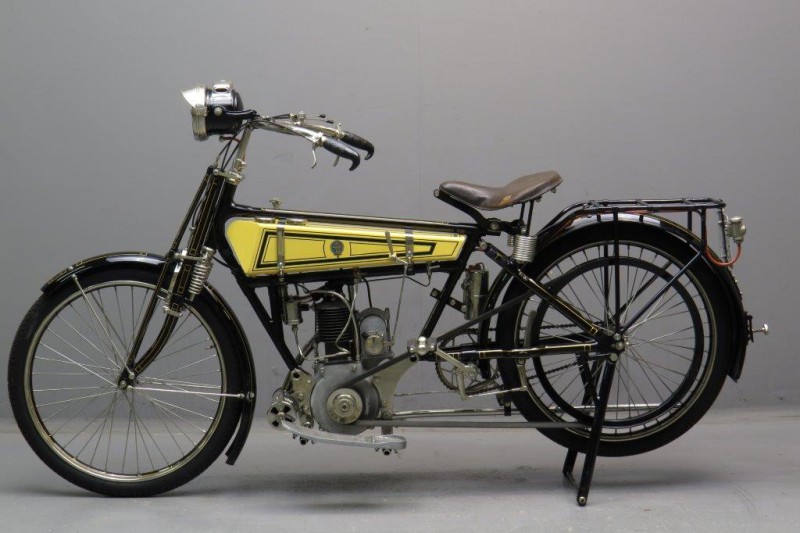 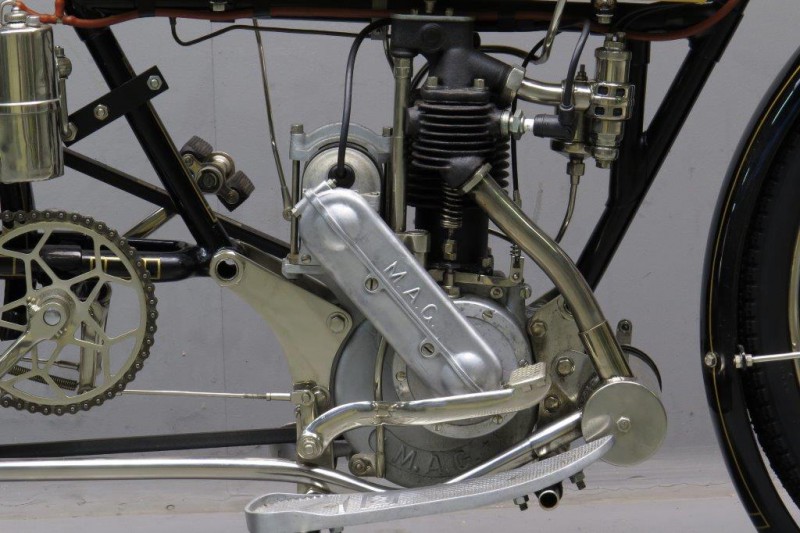 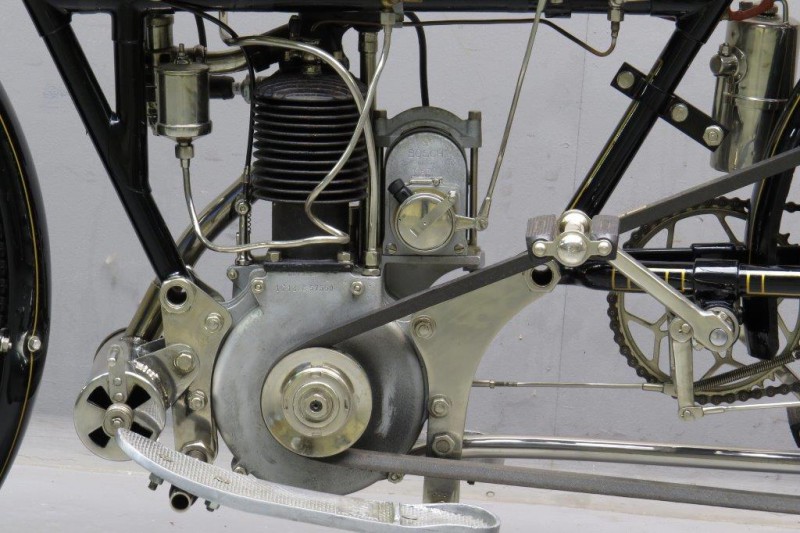 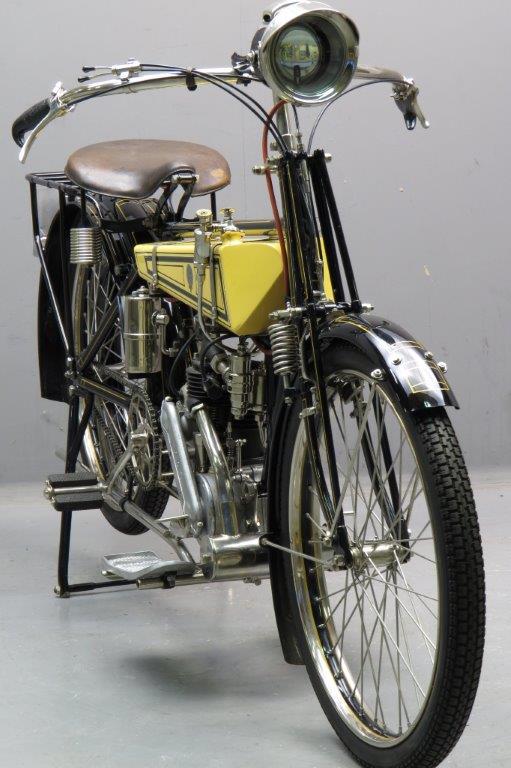 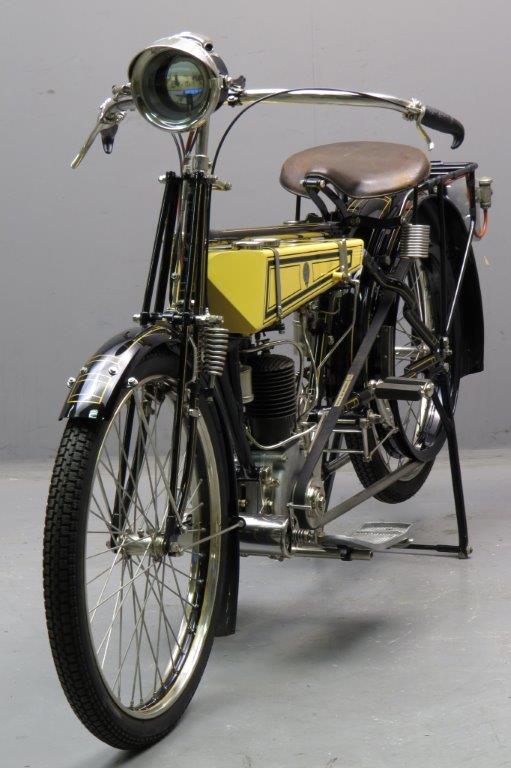 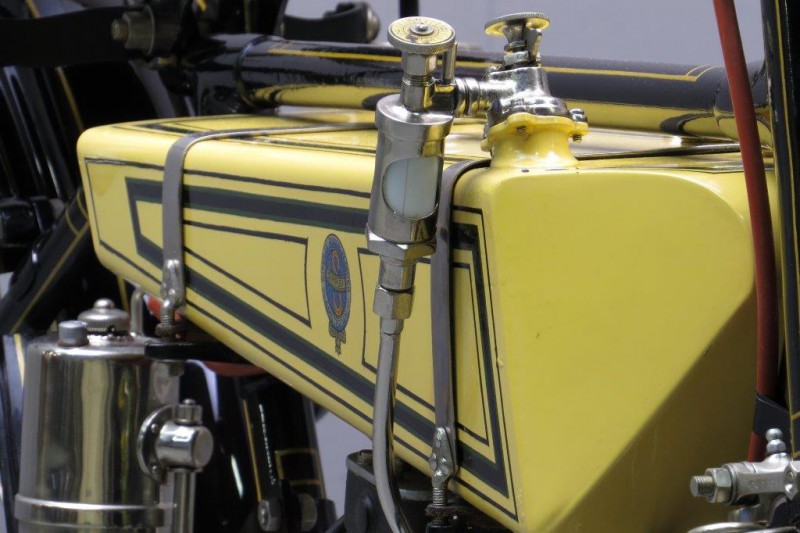 Simplex and Eysink were the two major motorcycle factories in The  Netherlands in times gone by.
Both companies built their reputations on the production of quality bicycles and diverted into motorcycle production in the early 1900s.
The Simplex Automatic  machine Company was founded in 1887 and was in fact a continuation  of the Simplex Weighing Machine Company.  The new company  took up premises in Utrecht and  focused on products for the bicycle trade.
It  soon started to produce complete bicycles.
In 1897 a new factory, equipped with the latest production machines from America,  was opened in Amsterdam.
The  First Simplex motorcycle of 1902 was powered by a Minerva  engine, from 1904 Fafnir engines were built in.
During World War 1 a switch was made to Swiss MAG engines.
These engines were used in the popular “P.V” ( twin) and  “P.M.” (single)  model range with  its stylish tapered tank shape.
The “P.M.” was first brought out in 1917 as a 250 cc model, after the war also a 300 cc version became available.
The  64 x 92 mm  MAG engine has  typical  longstroke specifications.
This “P.M.” is a basic machine with direct belt drive and neither clutch nor gears.
It is equipped with quality proprietary  parts such as Druid forks, Bosch magneto , Brooks B 70 saddle and  Amac  carburettor.
The acetylene lighting system  is a  Lucas product.
Note the practical aluminium footboards with cast in  “Simplex”  name.
This rare  Simplex  has been restored with great care.