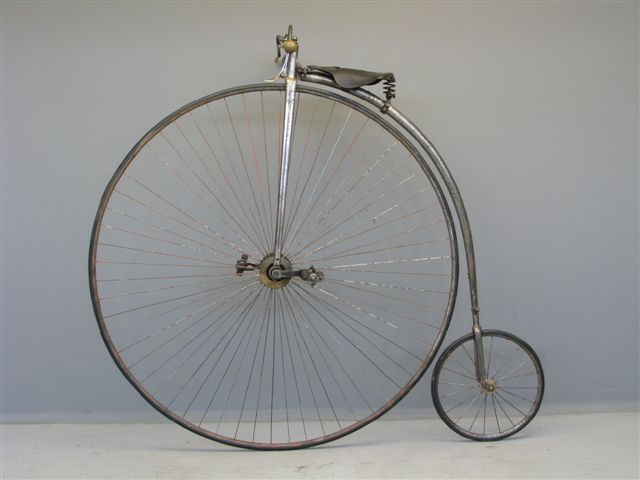 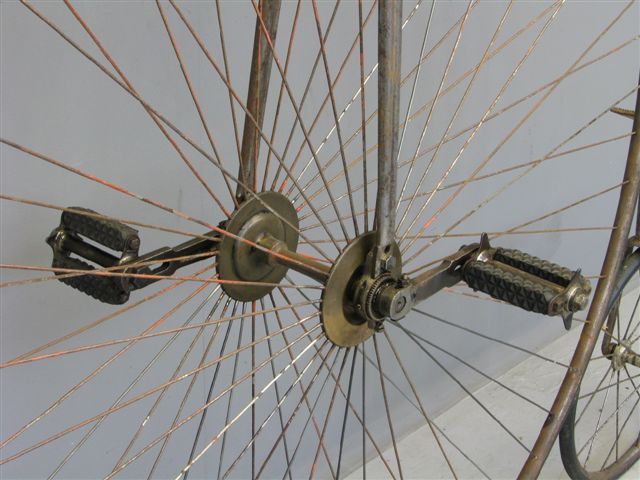 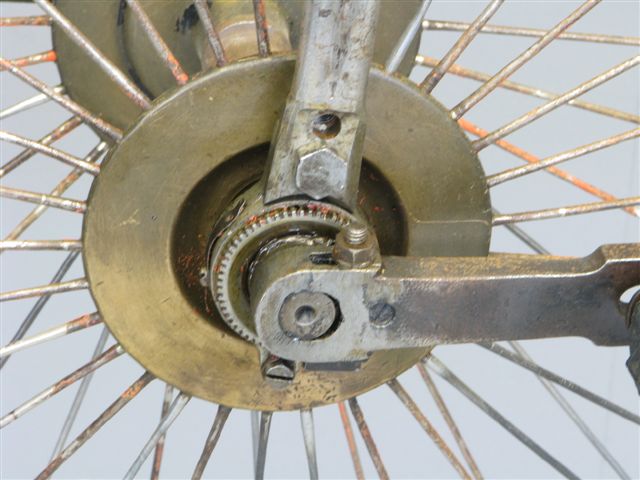 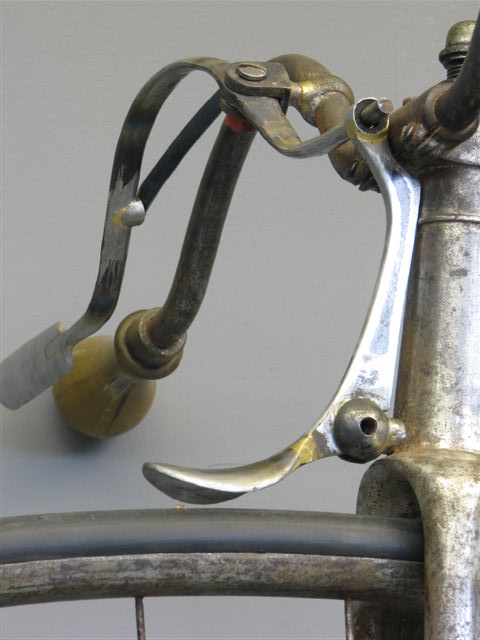 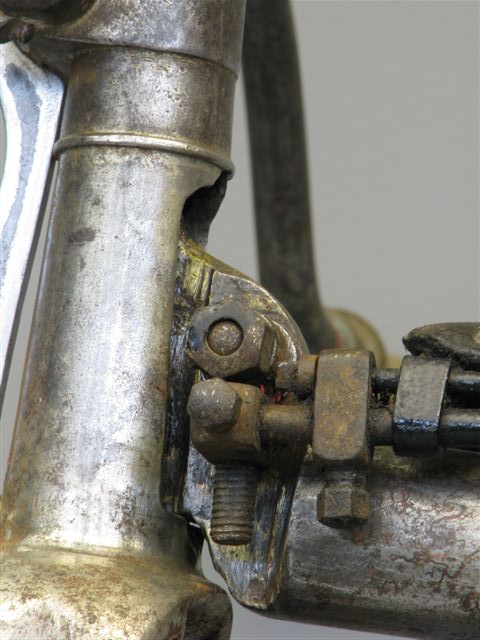 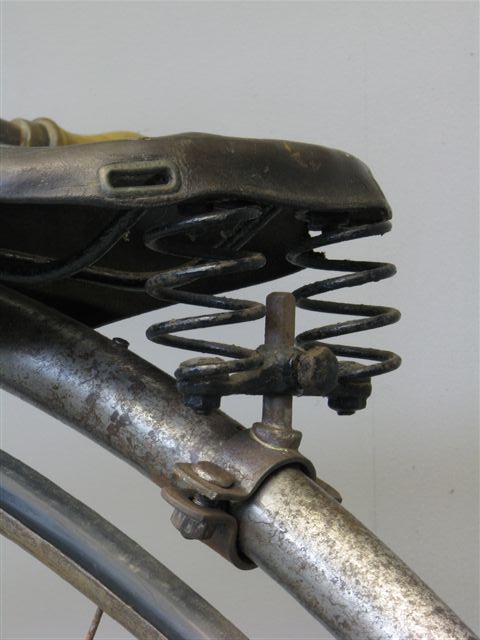 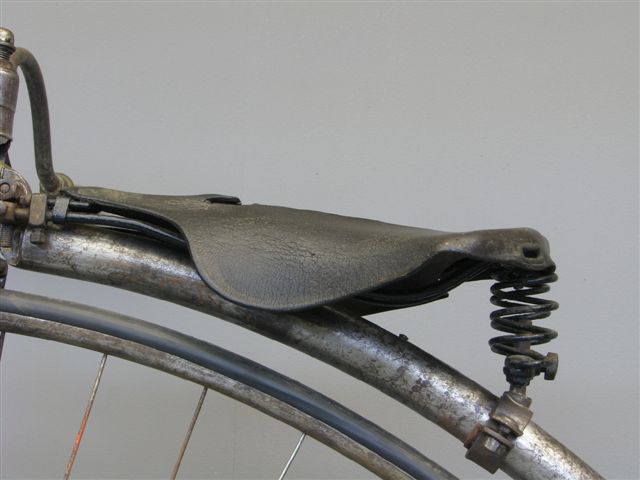 >From 1870 to 1885, the penny farthing had a brief, but visually lasting, effect on the development of the bicycle
with its very large, and distinctive front driven wheel and small rear wheel. It was called a penny farthing after
two British coins of the period, the large penny and the much smaller farthing, worth a quarter of a penny.
Penny farthings were difficult to mount and dismount, unstable because of their high centre of gravity,
and could pitch the rider at speed over the handle bars from braking too hard, swerving or hitting small
obstructions on the road. Despite only being able to be ridden by the young, fit and athletic,
they were very popular both on the road and in racing.
The penny farthing cost the equivalent of several month wages. They were made to measure and this 56 inch (142 cm) model
would have been suitable for a rider of approximately 6 ft (182 cm) in height. It was elegant,
simple and efficient as well as smooth and graceful to watch, and soon developed a cult following.
By the 1880s the modern world was in the middle of a cycling boom. Journals were published, races organised,
clubs established, and intercity cycle trips undertaken. Members wore knickerbocker suits and pillbox caps.

This British Challenge 56 inch (142 cm) ordinary or penny farthing bicycle was almost the top of the range model
produced by the famous English bicycle manufacturers, Singer & Co. of Coventry in 1883.