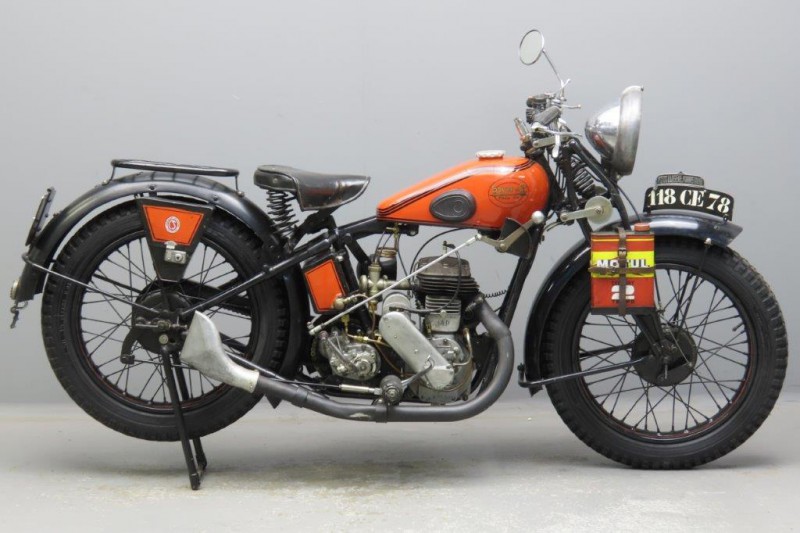 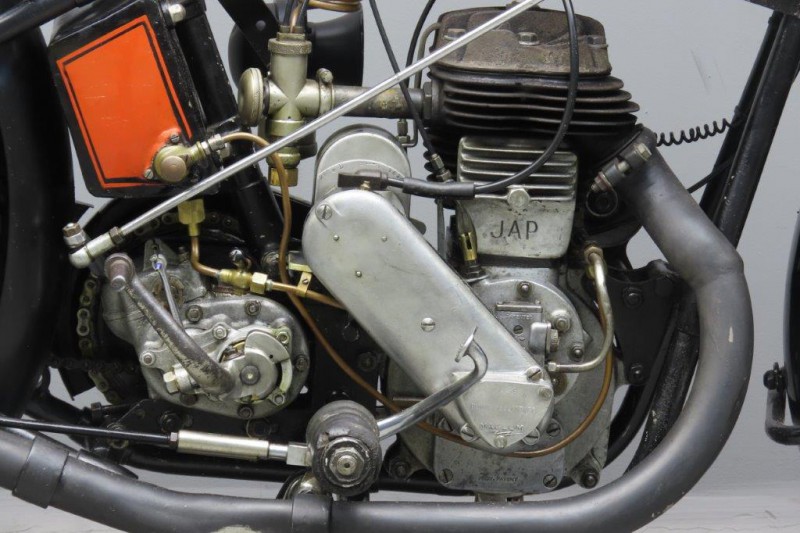 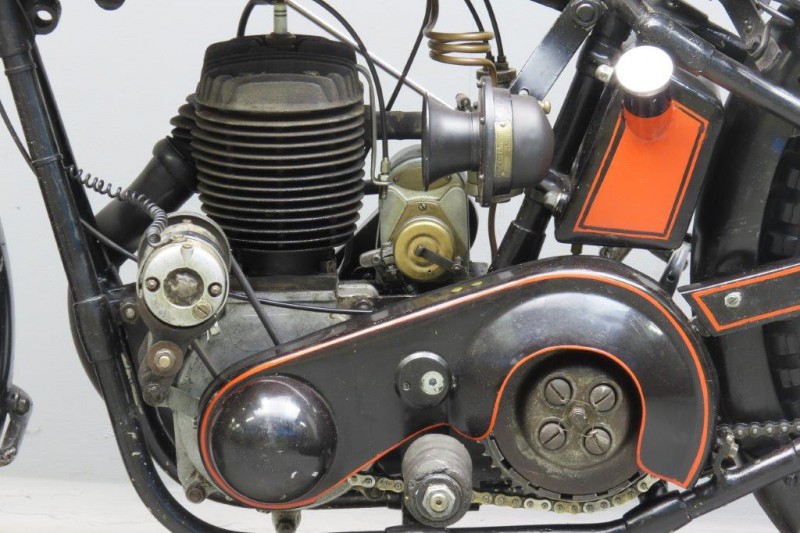 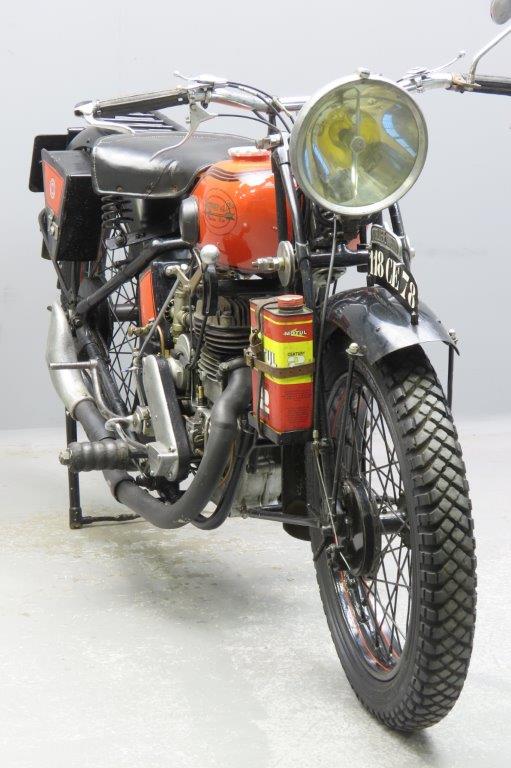 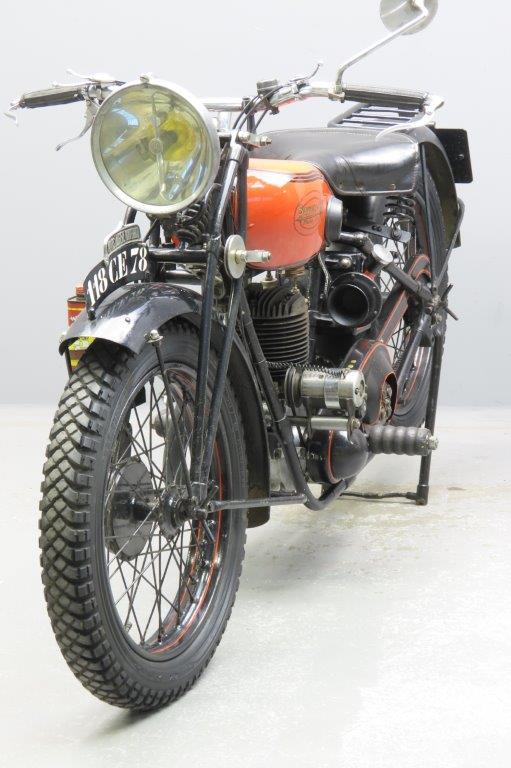 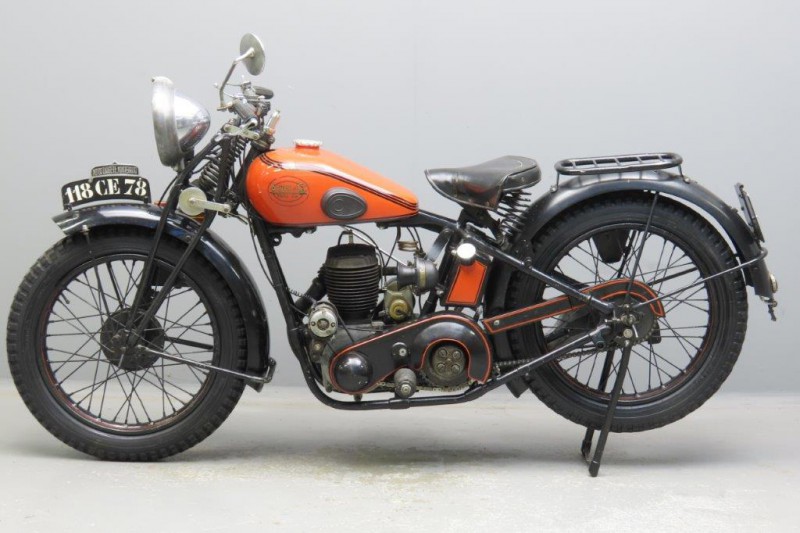 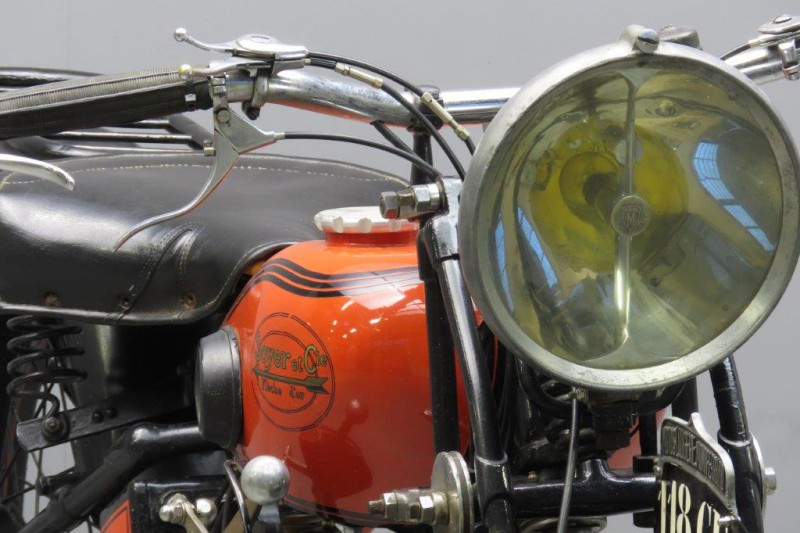 The firm of Soyer & Cie produced motorcycles between 1920 and 1935.
The company was originally established in Colombes, France and later on moved to Levallois.
Their first models were 250 cc two strokes. Soyer was one of the very many French makes that used a variety of proprietary engines for their products, although they also produced their own OHC power sources.
JAP, Sturmey Archer and Chaise were among the engines that were employed.
The 350 cc Fleche d’Or (“Golden Arrow”) was catalogued from 1927 till 1931.
It was fitted with a reliable JAP engine and the firm’s own three speed gearbox.
The frame was of well-designed cradle-type, unusual for French machines of the period.
This Soyer has been restored a number of years ago; she is fitted with Lavalette magneto ignition and comes with electric lighting.