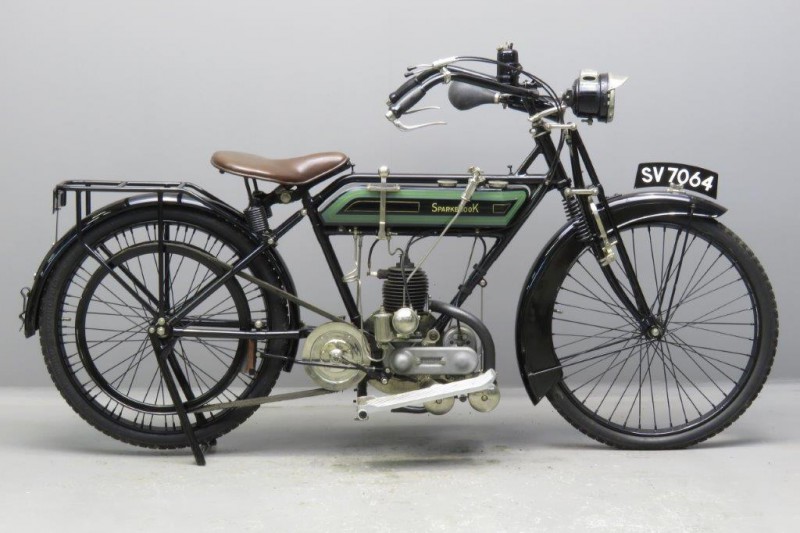 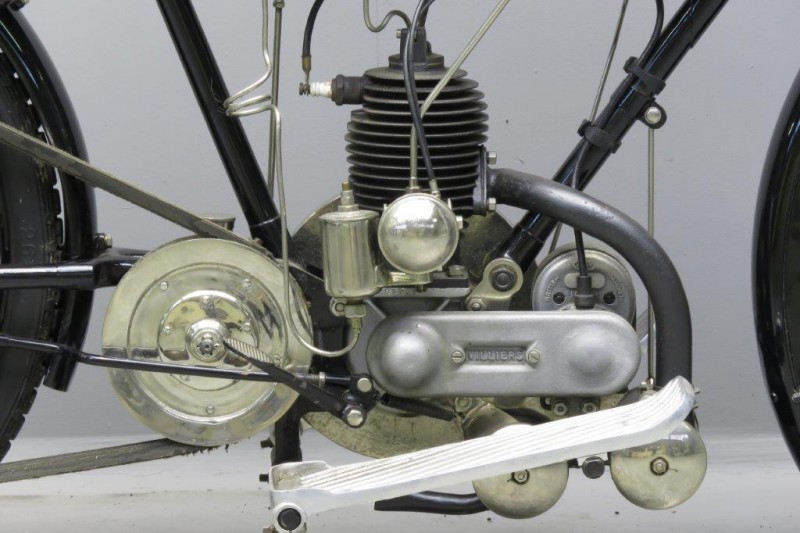 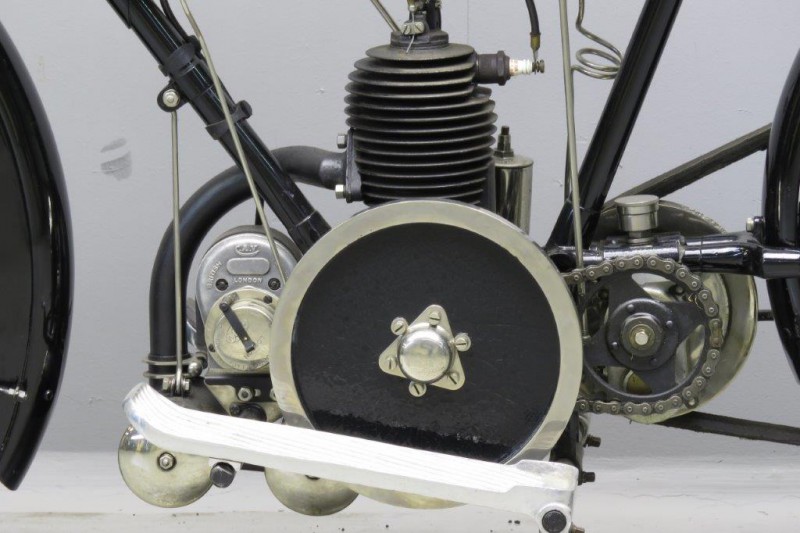 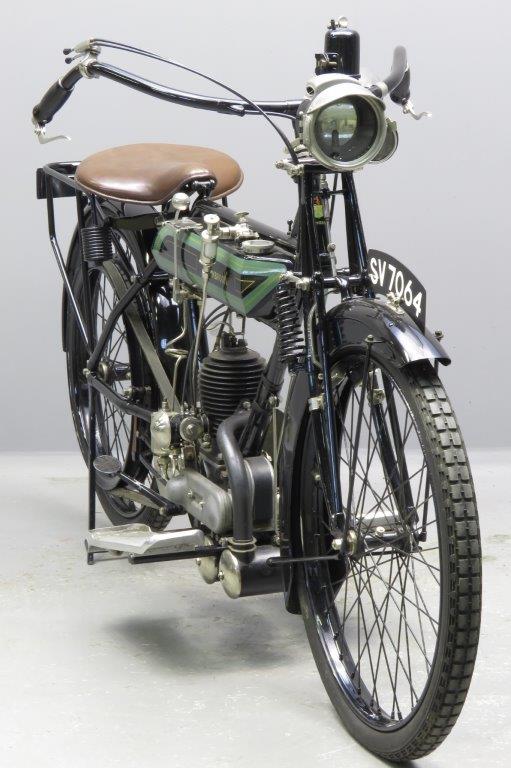 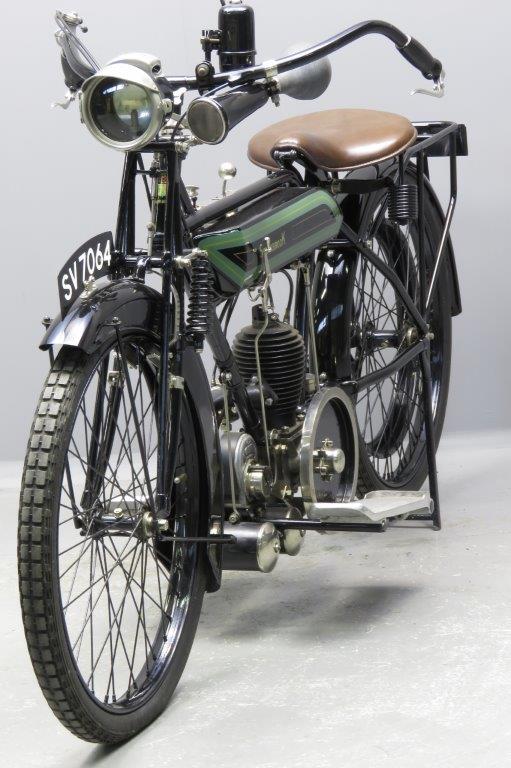 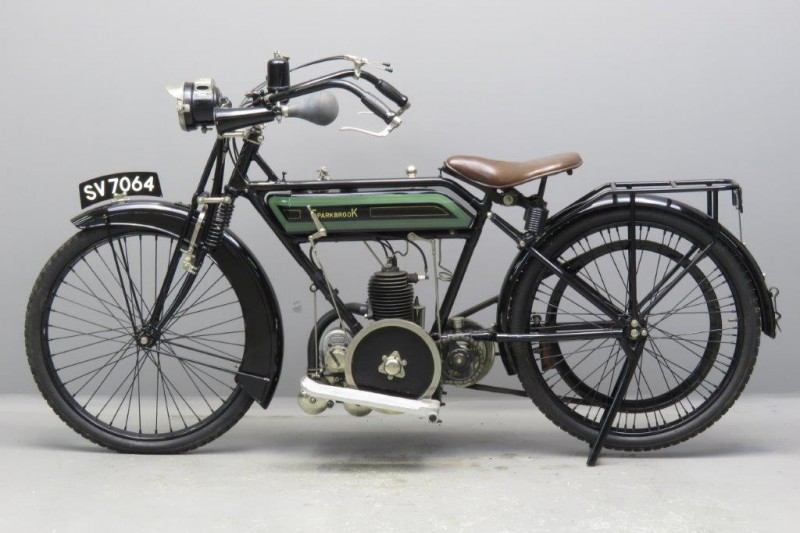 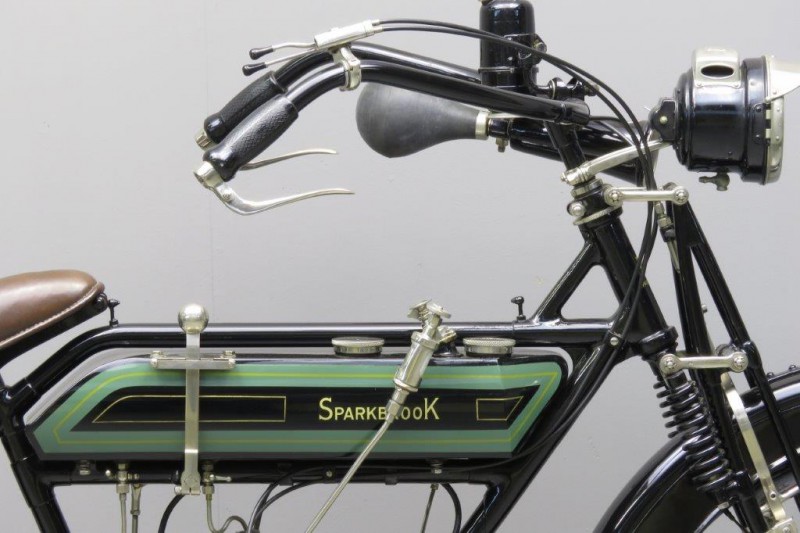 The  Sparkbrook Manufacturing Company Ltd. was founded in Coventry in 1883.
The firm  earned a fine reputation because of the high-grade cycles that were produced, and shortly  before WW1 the company felt there was enough public demand for a Sparkbrook motorcycle.
At first a heavy weight sidecar machine with JAP V twin was brought out and in 1914 the Sparkbrook Light Motorcycle with 2 ½ HP Villiers Mark I  two stroke engine was presented.
This model was made for more than 10 years with detail improvements in the engine design: in 1921 the Villiers engine had come to Mark IV and sported a flywheel magneto.
This early  model, a concourse restoration,  has a two speed gearbox of  Sparkbrook’s own manufacture.
Secondary transmission is by belt.
It’s a light and  simple to ride quality machine that comes complete with Lucas “King’s Own” acetylene lamp and Miller bulb horn.