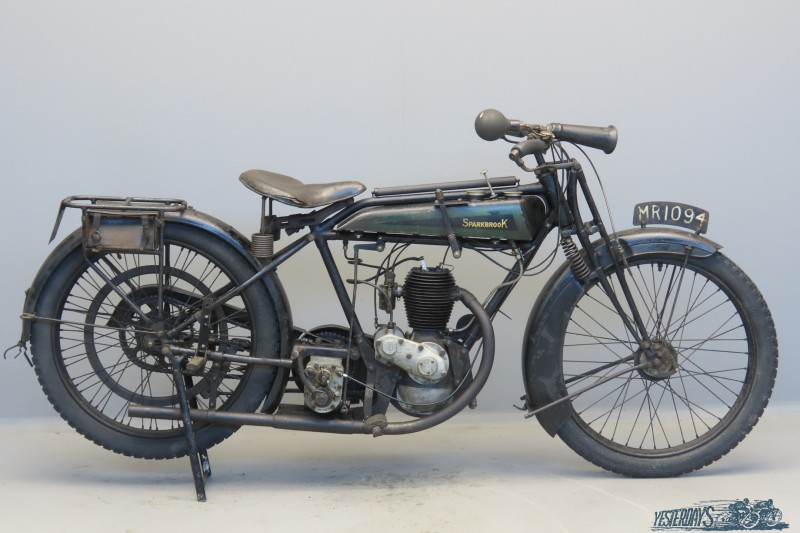 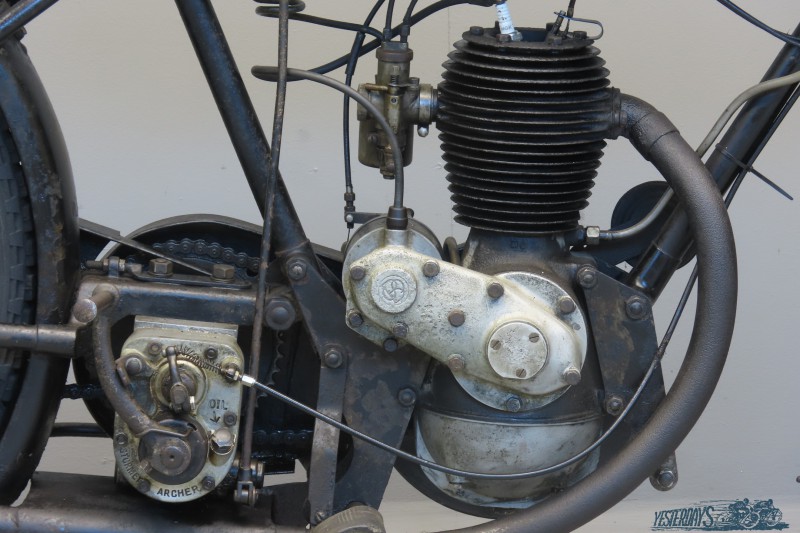 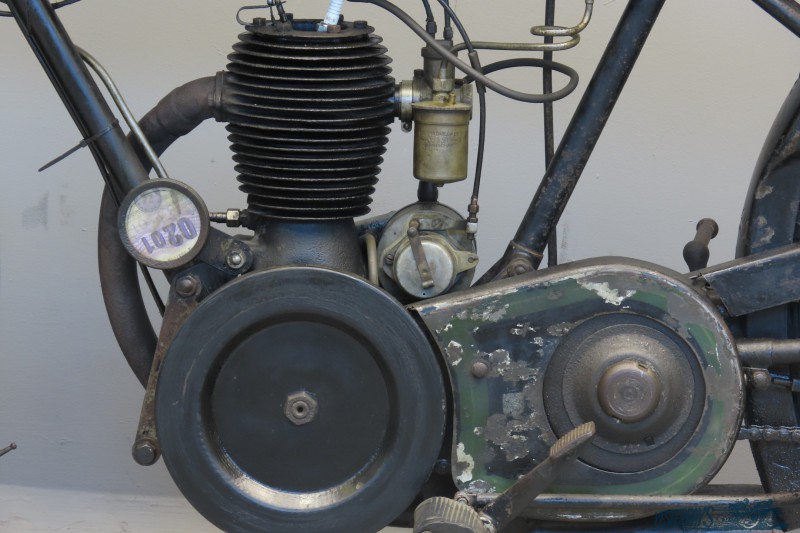 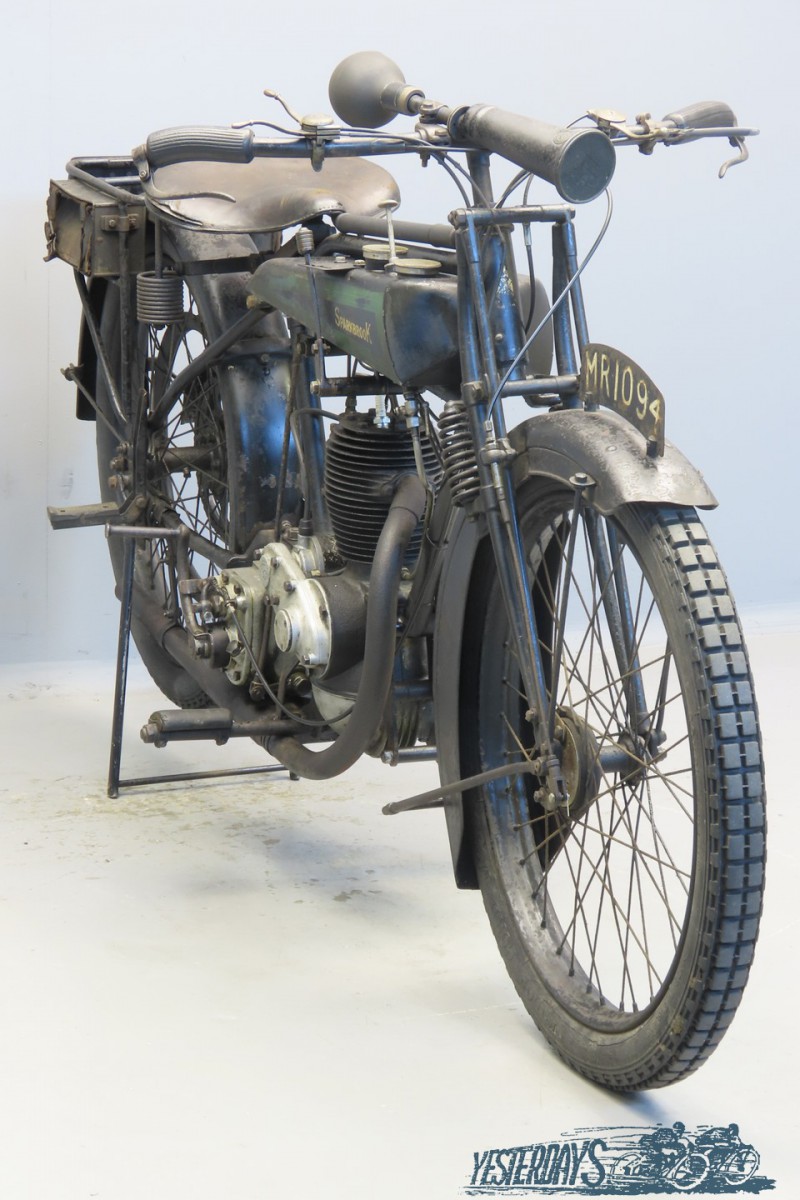 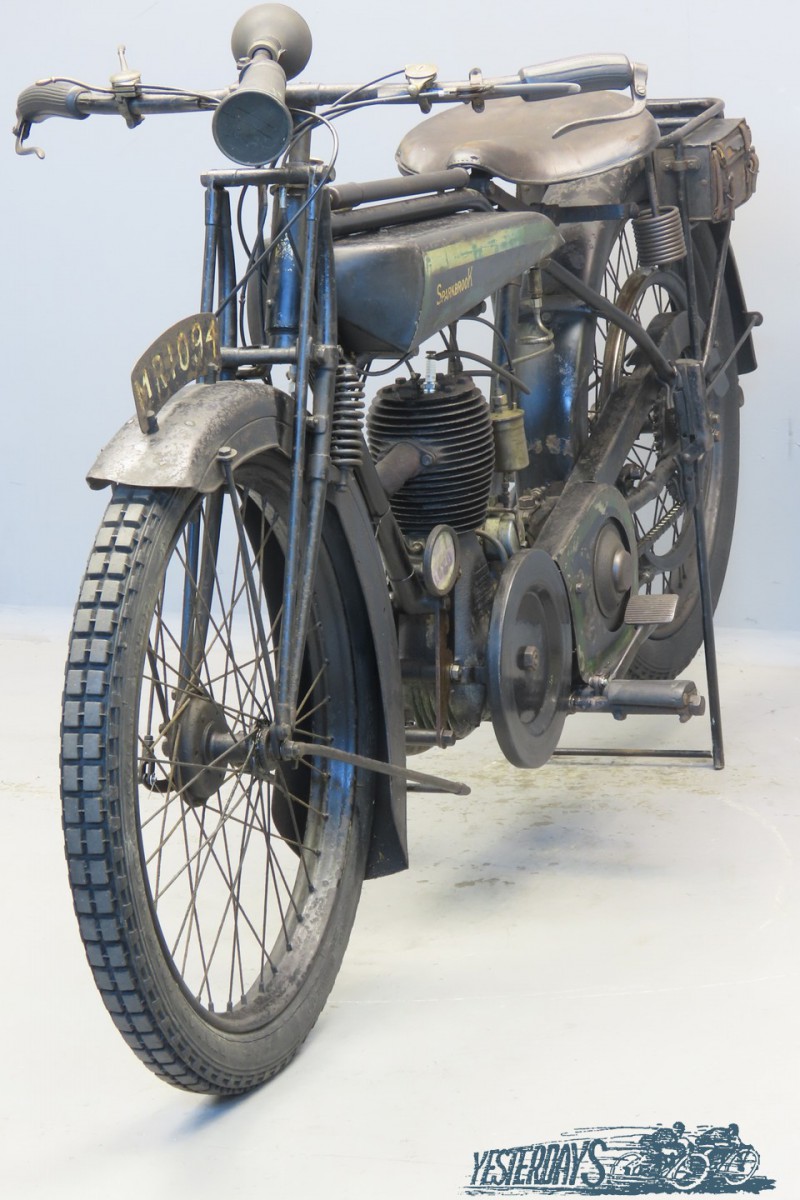 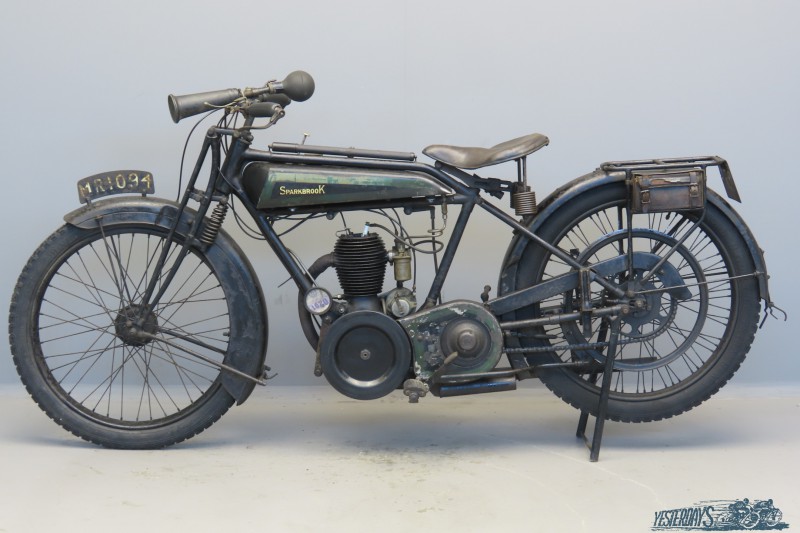 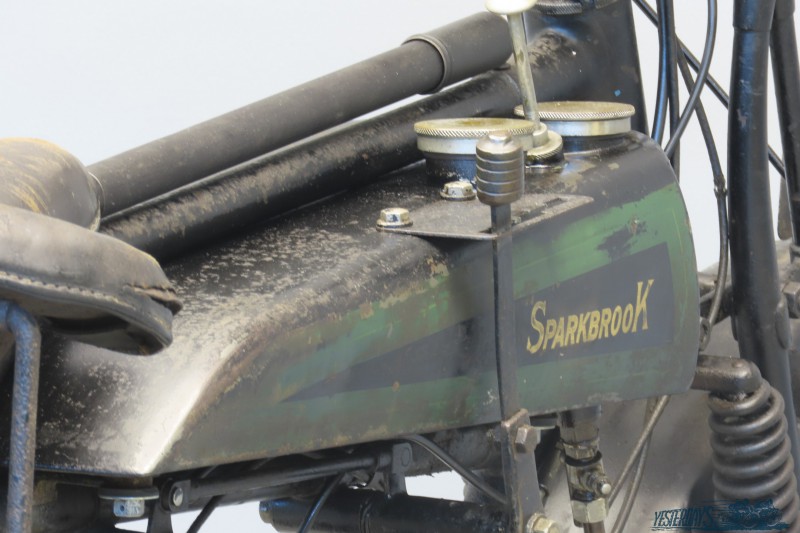 The Sparkbrook Manufacturing Company Ltd. was founded in Coventry in 1883.
The firm earned a fine reputation because of the high-grade cycles that were produced, and shortly before WW1 the company felt there was enough public demand for a Sparkbrook motorcycle.
At first a heavy weight sidecar machine with JAP V twin was brought out and in 1914 the Sparkbrook Light Motorcycle with 2 ½ HP Villiers Mark I two stroke engine was presented.
This model was made for more than 10 years with detail improvements in the engine design: in 1921 the Villiers engine had come to Mark IV and sported a flywheel magneto.
In 1922 two new models were added: an economy model under the name “Spark”. It was a single speed model with direct drive.
The other newcomer was a machine with a 350 cc JAP s.v engine.
This model could be equipped with a light sidecar.
The next few years saw the fitting of Barr and Stroud Sleeve valve engines, oil cooled Bradshaws and also Mark VII 247 cc Villiers power plants, but public demand had become very low and production ended in 1925.
The “Semi-Sports Model D” was introduced for the 1923 season.
The catalogue explained the inclusion of this new model as follows: “The comparative simplicity of the sleeve valve type being preferred by some riders we have introduced this model to meet their requirements.”
The Barr and Stroud Sleeve valve engine was put on the market in 1921 and within a few years it was used by a dozen or so manufacturers, including Beardmore-Precision, Omega, New Garrard, Rex-Acme and Sparkbrook.
In the course of 1924 a 500cc single and 998cc V-twin were brought out and this twin was even built in by George Brough in one of his Superior models.
The engine has a sleeve with ports that is interposed between a conventional piston and its cylinder.
It is caused to slide up and down inside the cylinder and at the same time to rotate slightly about its axis.
This rotating motion enables the single sleeve to control both the inlet and exhaust phases of the four stroke cycle.
The external-flywheel engine is very silent, requires little maintenance and has a remarkably clean exterior.
The cylinder and crankcase are made in one piece and the complete crankshaft assembly with connecting rod and piston can be removed from below, without taking the engine out of the frame. Kenn Hallworth described the working of the B&S engine in detail in an excellent article in Old Bike Quarterly, issue 30.

During the mid-twenties the motorcycle trade encountered difficult times and cost had to be cut.
The B&S-engined models had always been relatively expensive because they were made with high precision and in modest numbers so they were the first to be withdrawn from the catalogues. Engine manufacture ceased around 1925 and it is believed less than 2,000 were made.
This unrestored and original Sparkbrook is one of the few survivors of a B&S-powered machine.
The machine was first registered on May, 21 1924 in Wiltshire.
She is fitted with 3-speed Sturmey-Archer gearbox, ML magneto, B&B carburettor, Leckie saddle and practical internal expanding front brake.
Accessories include Lucas bulb horn and tyre pump.