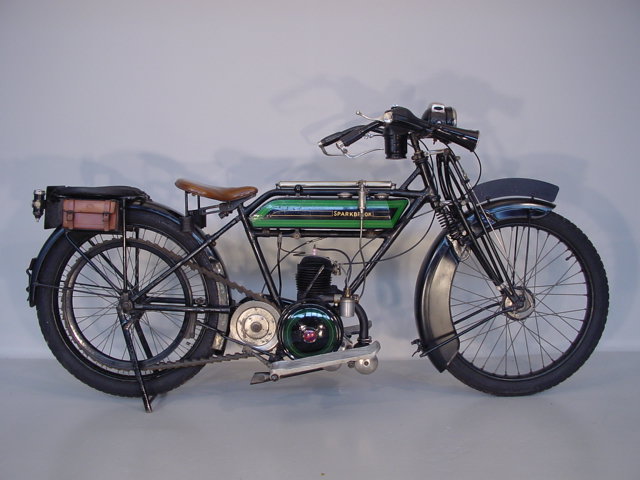 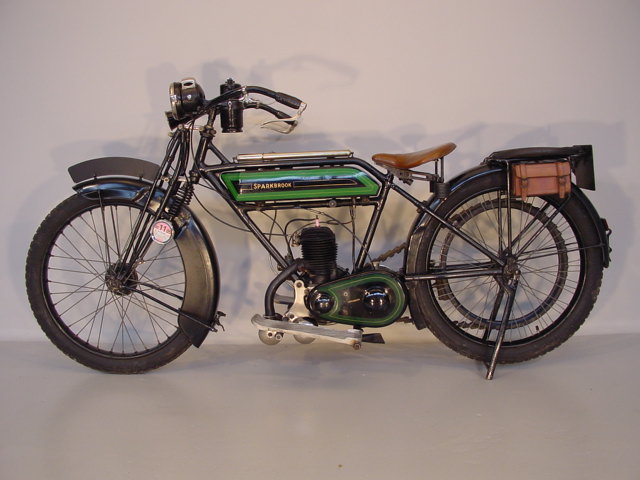 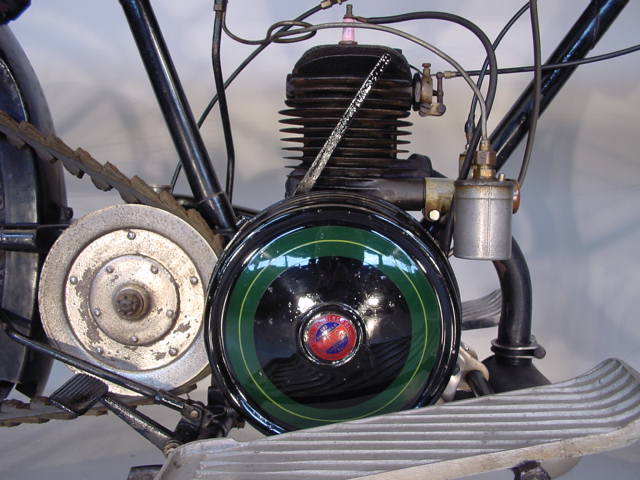 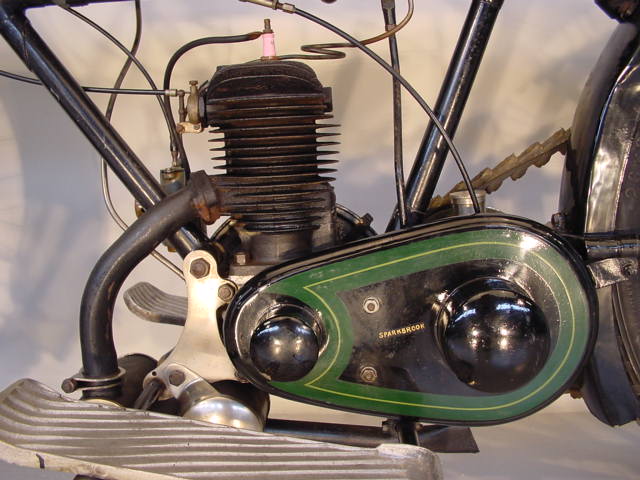 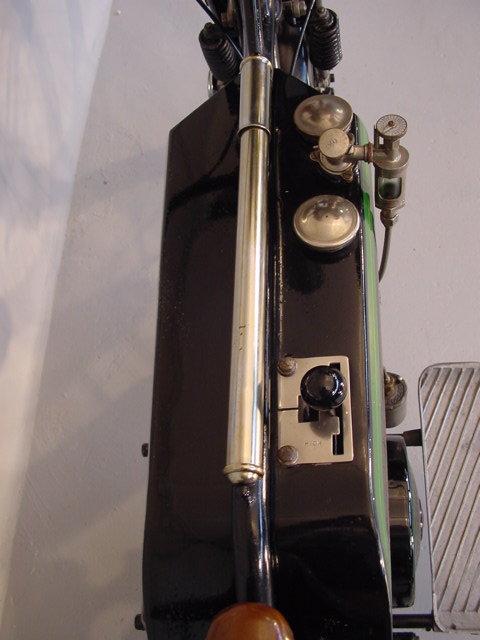 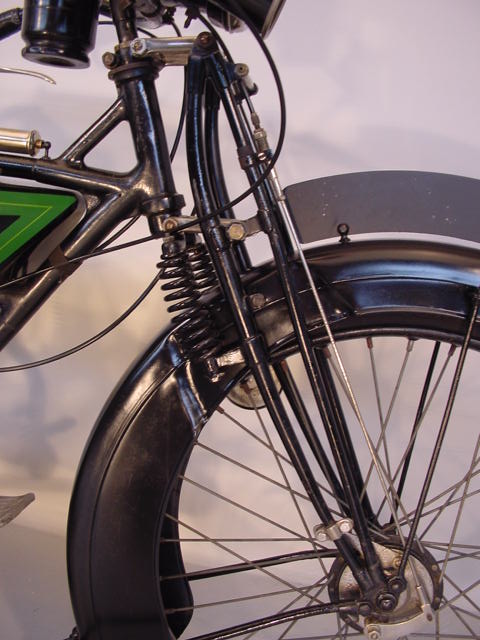 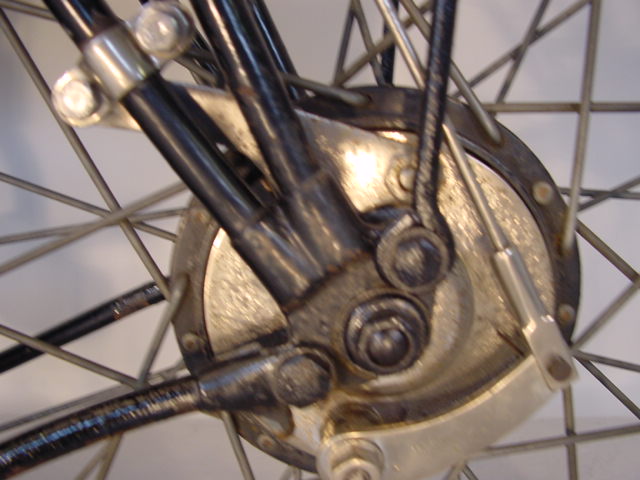 The  Sparkbrook Manufacturing Company Ltd. was founded in Coventry in 1883.
The firm  earned a fine reputation because of the high-grade cycles that were produced, and shortly  before WW1 the company felt there was enough public demand for a Sparkbrook Motorcycle.
At first a heavy weight sidecar machine with JAP V twin was brought out and in 1914 the Sparkbrook Light Motorcycle with 2 ½ HP Villiers Mark I  two stroke engine was presented.
This model was made for more than 10 years with detail improvements in the engine design: in 1921 the Villiers engine had come to Mark IV and sported a flywheel magneto.
In 1922 two new models were added: an economy model  under the name “Spark”. It was a single speed model with direct drive.
The other newcomer was a machine with a  350 cc JAP s.v engine.
This model could be equipped with a light sidecar.
The next few years saw the fitting of Barr and Stroud Sleeve valve engines, oil cooled Bradshaws and  also  Mark VII  247 cc  Villiers power plants, but public demand had become very low and production  ended in 1925.
This 247 cc model has a clutch and two speed gearbox of  Sparkbrook’s own manufacture.
Secondary transmission is by belt. It’s a light and  simple to ride quality machine.