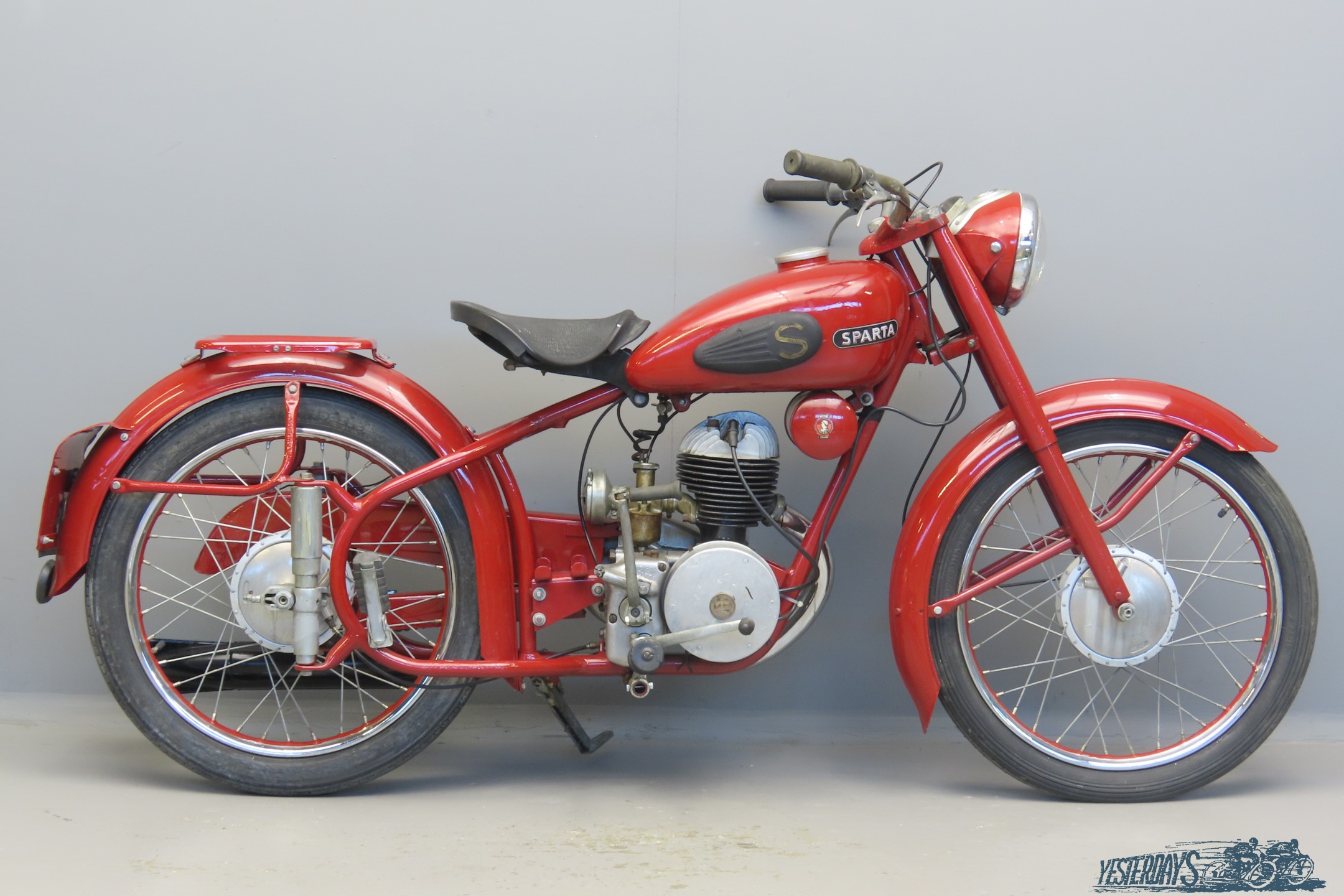 The company was founded in 1917 in the Dutch town of Apeldoorn as a wholesale company in bicycles and parts. By the end of the nineteen twenties the company had taken up bicycle manufacture and in 1931 the decision was taken to start the production of motorcycles.
These were light machines equipped with 74 or 98cc Sachs two stroke engines. In the middle of the thirties Villiers engines of 148 or 200 cc capacity were built in; some sources claim that most parts of these models or even the complete machines were British made.
Sparta became a very popular make in the lightweight class; machines weighing less than 60 kilograms got a substantial reduction in taxes.
After the war this legislation was no longer in use and when Villiers brought out a new 200cc engine in 1948 Sparta marketed a new model with this flexible and relatively powerful engine.
It was brought out in November 1949; in February 1951 the model was slightly altered.
A new type of headlamp with built-in speedo was fitted and the cylindrical toolbox under the tank disappeared, now the tank top held a tool compartment.
The 200cc model would become the most successful Sparta motorcycle of the post-war period: the flexible engine gave the machine a top speed of 90km and the roadholding was excellent.
The 59x72mm engine delivers 8.5hp @4,400rpm.
There is an active Sparta motorcycle club in Holland; see www.spartamotorclub.nl , also available in the English language.
This sturdy but relatively light Sparta has been part of a static collection for quite a while.
It has been repainted at some time and the chromium on the wheel rims is in good condition, but it will need a bit of tender love & care before it can take to the open roads again