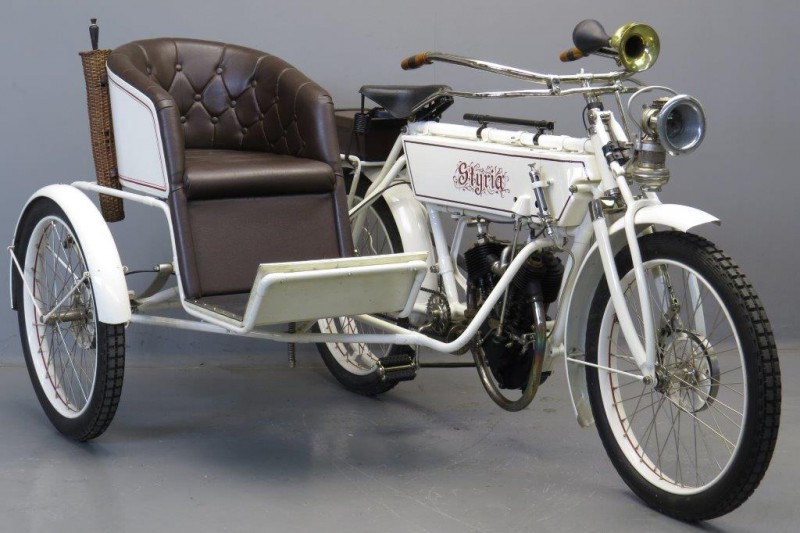 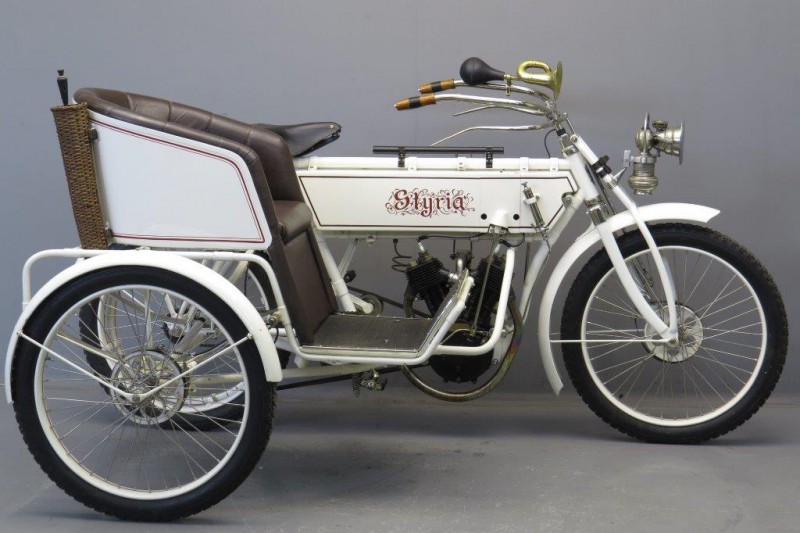 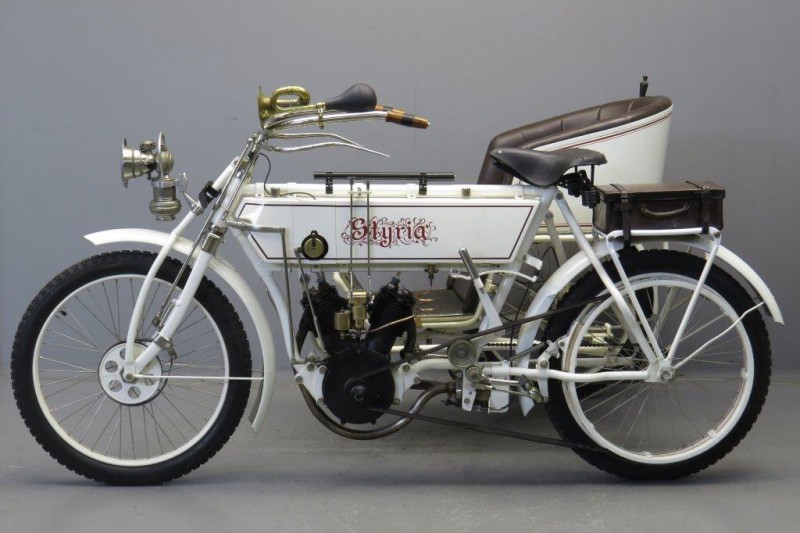 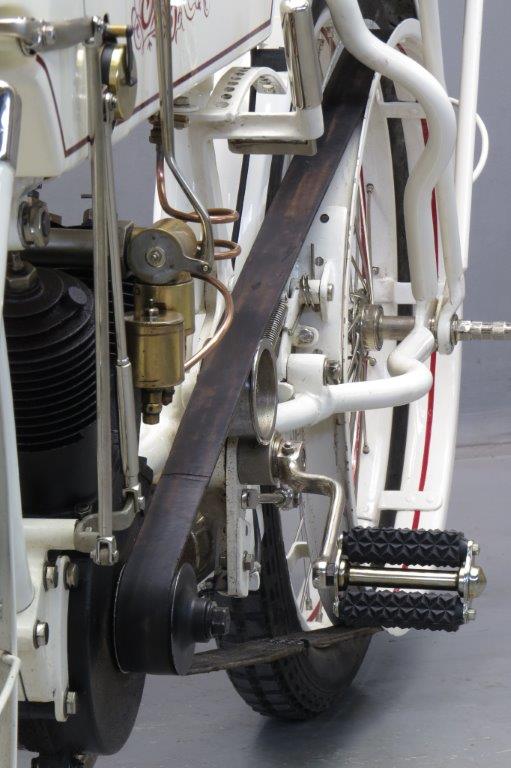 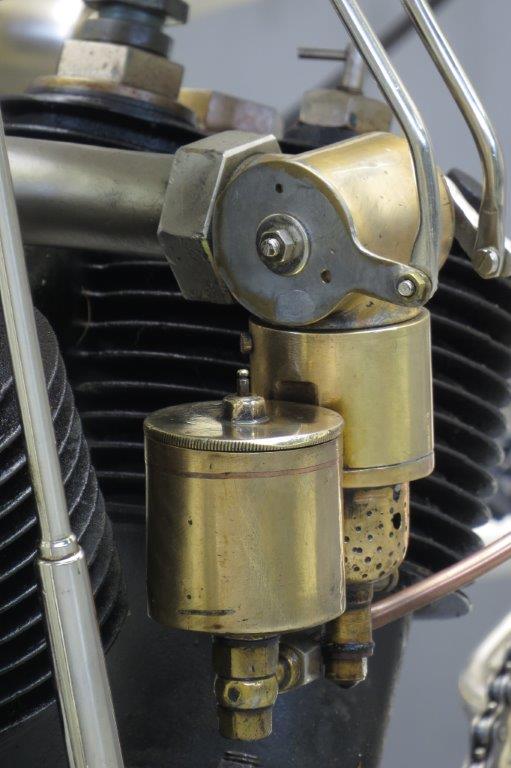 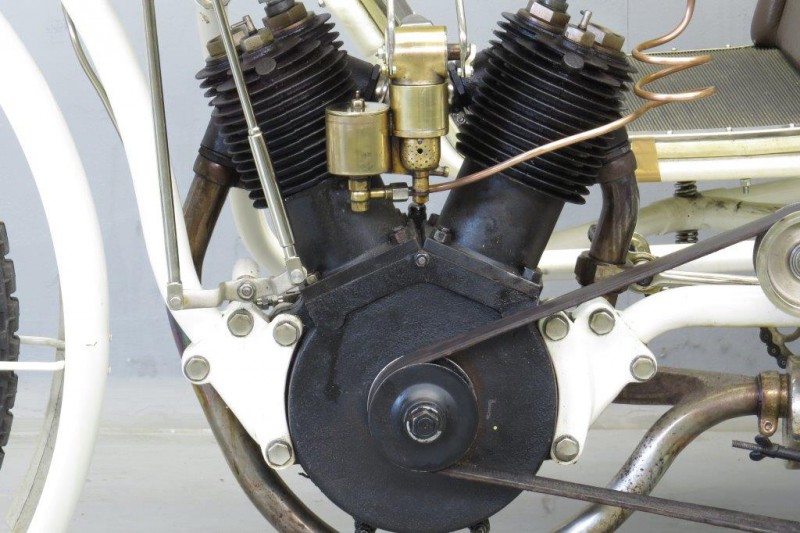 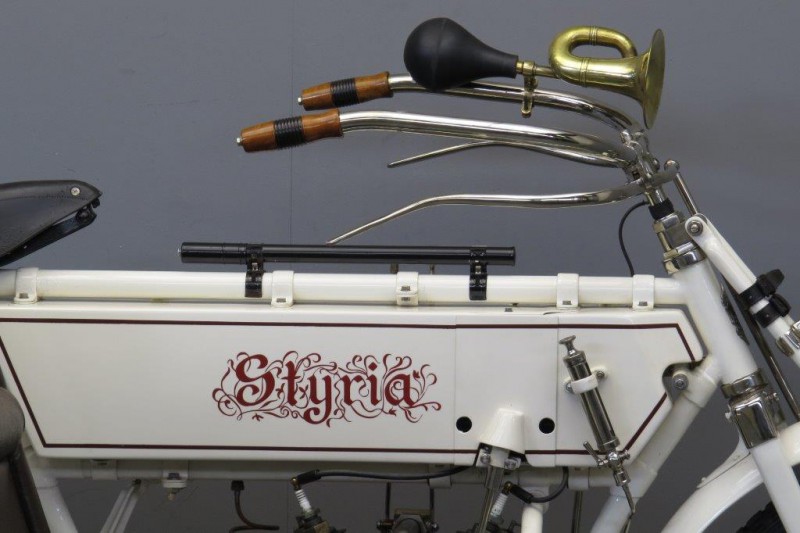 In 1891 Johann Puch founded a bicycle factory in the Austrian town of Graz.
His bicycles were sold under the “ Styria” name, the Latin name of the Steiermark area where Graz is situated.
Puch left Styria in 1897 when most of the shares were taken over by Dürkopp from Bielefeld.
In 1899 Puch started a new company to produce bicycles and later on motorcycles and cars. Remarkably though Puch’s name was to remain on the headstock badges of Styria bicycles and motorcycles till 1909.
Styria built motorcycles in the period 1905-1908.

This sturdy combination must be one of very few Styria survivors.
It has direct drive to the rear wheel via a flat leather belt and is fitted with a shaft-driven “high and dry” Bosch magneto that is placed in a compartment of the petrol tank.
The machine has been restored a number of years ago.