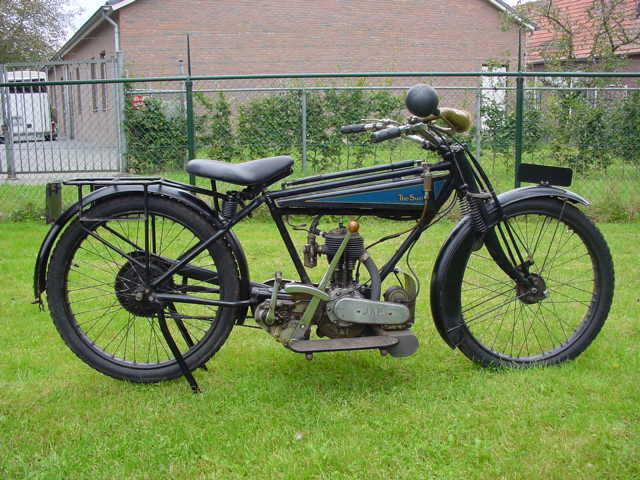 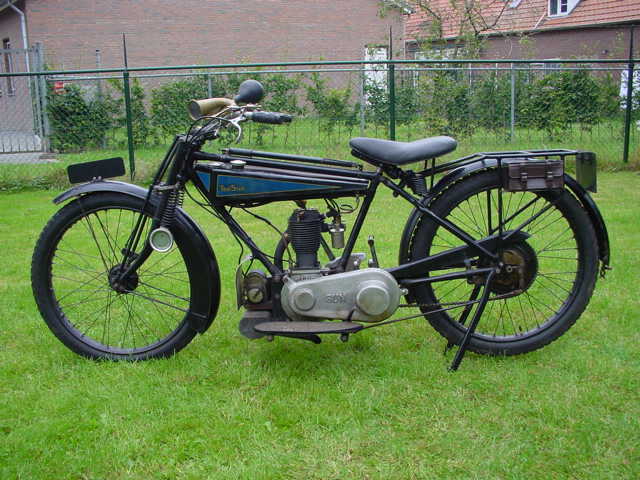 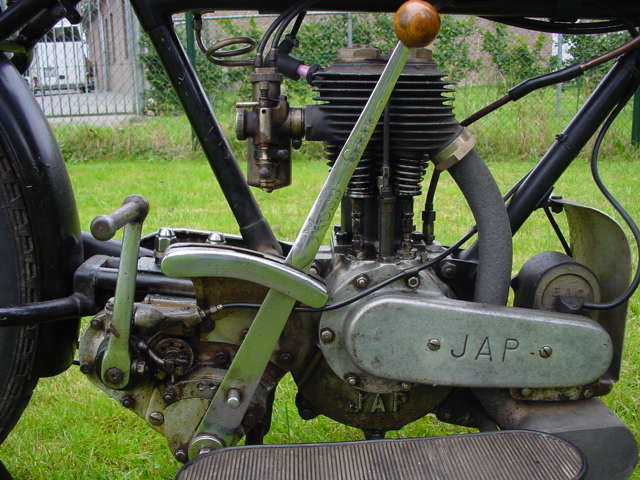 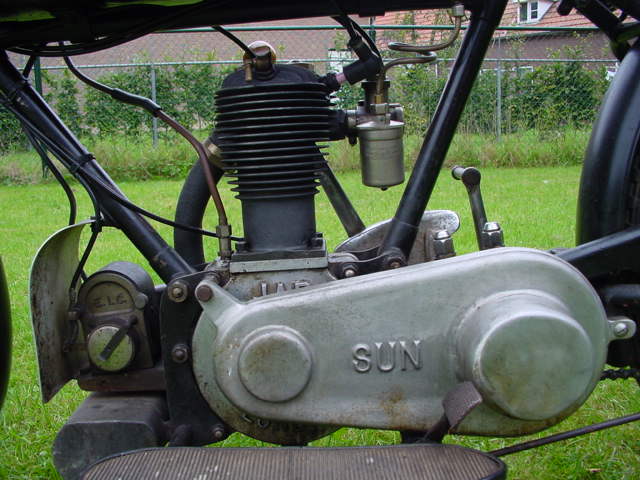 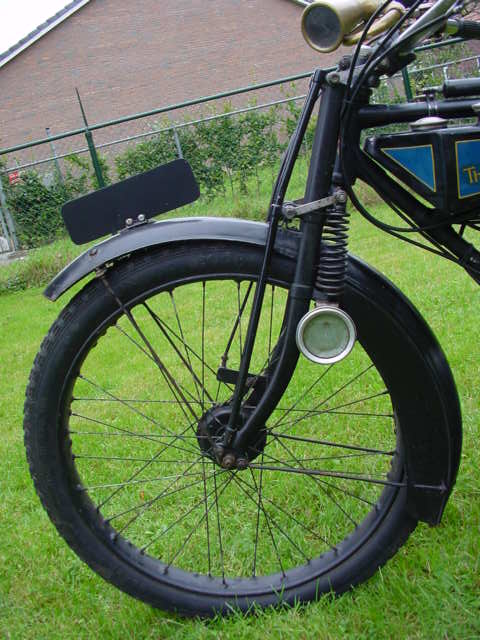 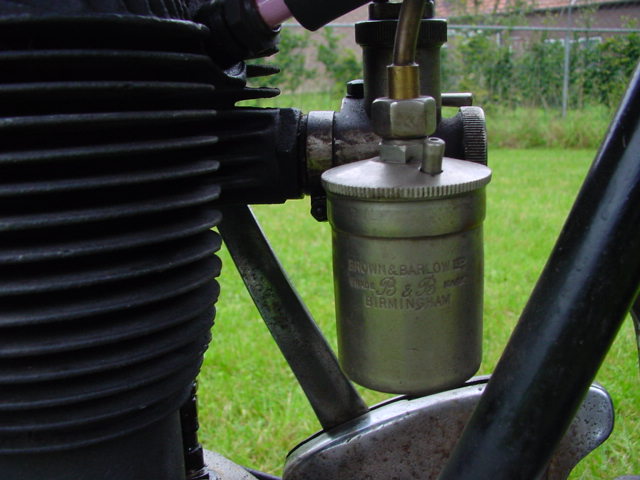 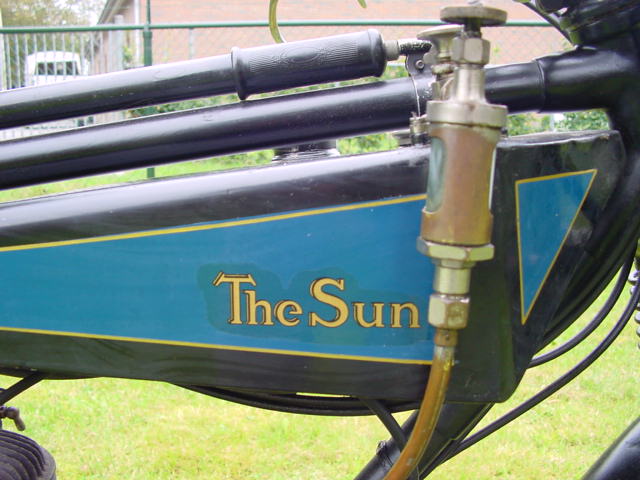 The Sun Cycle Fittings Company  in Birmingham produced their first motorcycle in 1911.
At first Precision engines were used; in 1913 a model was marketed with the short-lived Villiers inlet-over exhaust unit construction engine; from 1914 on Villiers two-strokes were fitted.
Afterwards also engines from the Valveless Two Stroke company  were bought in.
Later on Sun bought that company and produced the Vitesse ( = VTS )engine themselves. In the twenties also JAP and Blackburne power sources were employed.
In the thirties light two-strokes and autocycles were made and in the fifties all Suns had light Villiers engines.
In 1959 Sun became part of the TI group and in 1961 motorcycle production ceased.
This  1923 four stroke model is an older restoration and is equipped with Moss 3-speed gearbox.
The machine is listed in the VMCC Register of machines.