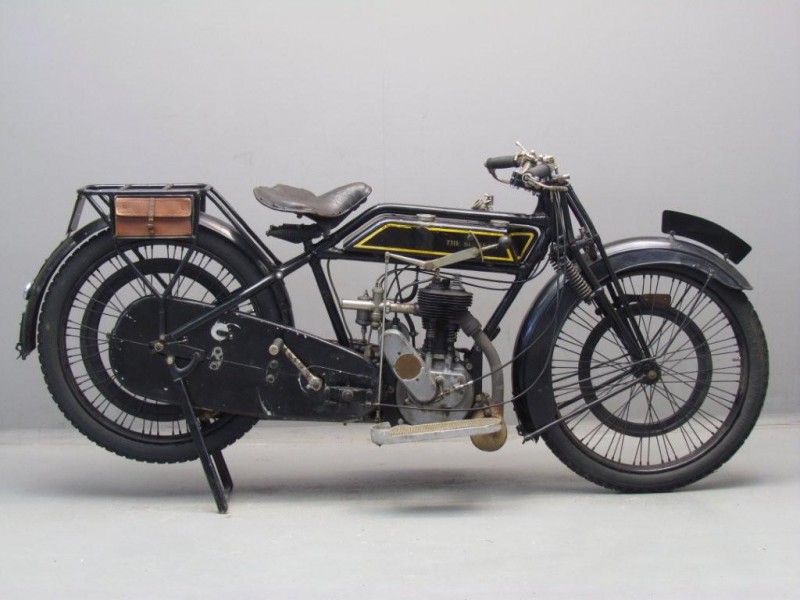 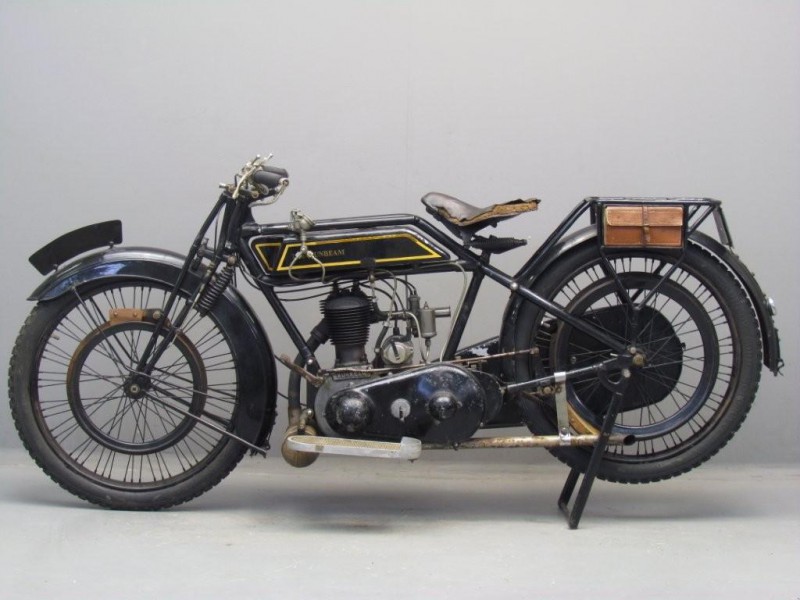 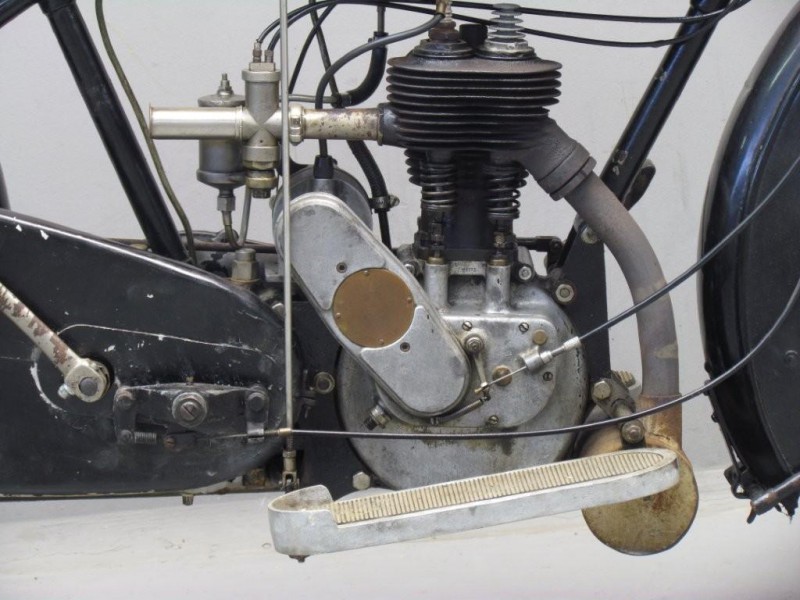 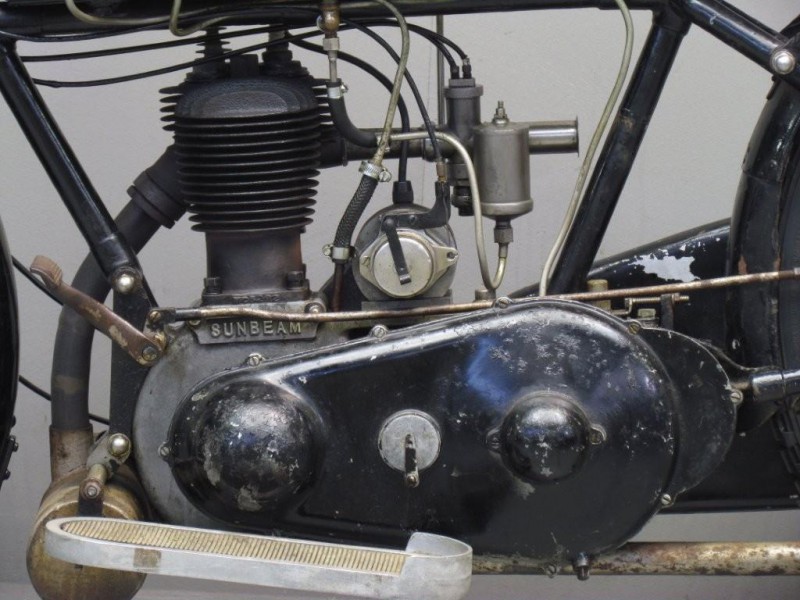 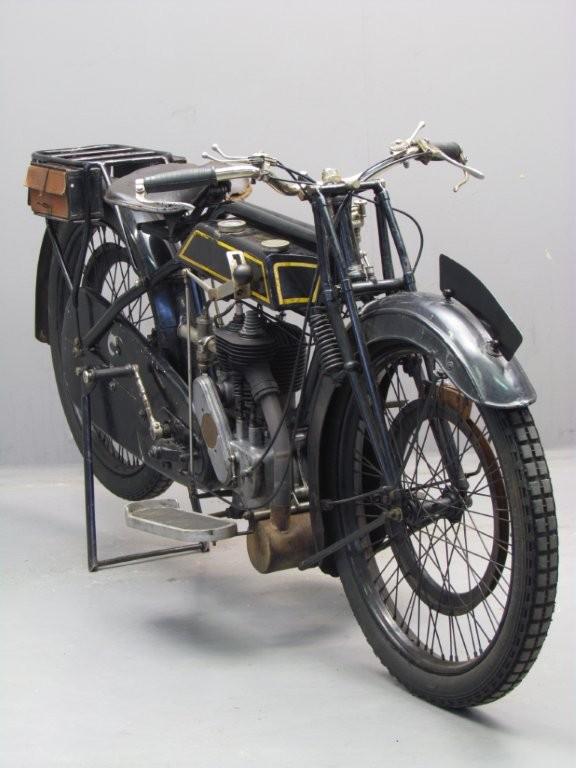 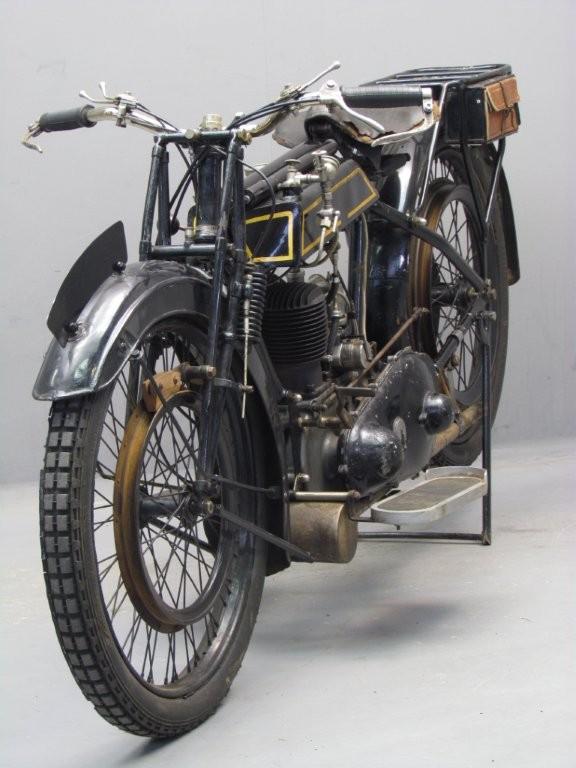 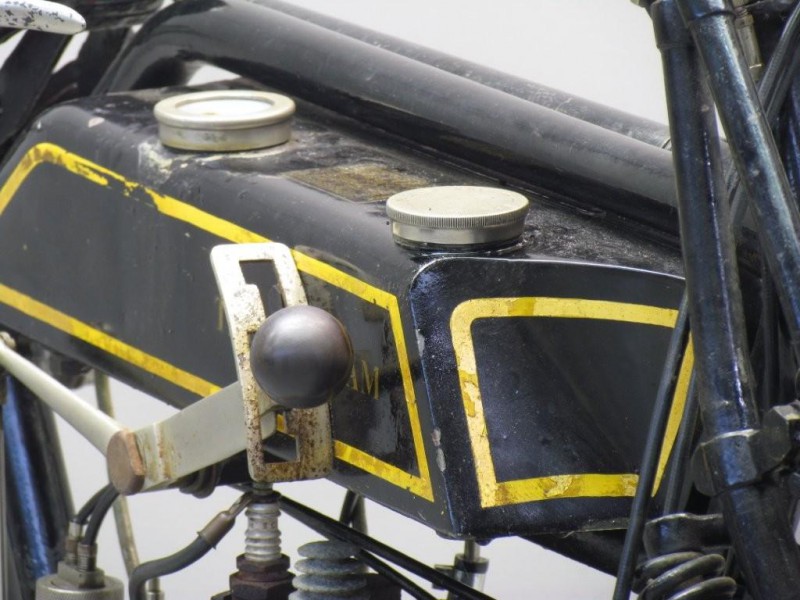 The Wolverhampton based firm of John Marston earned fame for their superb bicycles in the early years of the last century.
In 1912 their first motorcycle was presented, a 350 cc side valve model ( 75x 79 bore and stroke) with a 2 speed gearbox.
Soon the capacity was increased to 500cc, and also models with proprietary V-twin engines were made.
Sunbeam motorcycles gained fame for their very high standards of workmanship, their speed and their reliability:
The TT was won several times in the nineteen twenties.
The 2 ¾ model was redesigned to 70x 90 longstroke configuration and presented again in 1923, this time with 3 speed gearbox.
In 1925 internal expanding brakes and mechanical drip feed oiling were added.
The 2 ¾ HP model was sold in touring specification with footboards, valanced front mudguard and enclosed rear chain as Model 1; the sporting version was labelled Model 2. Production of this light Sunbeam stopped in 1930.
This 2 ¾ model is a matured restoration which is still running well. It could benefit from some cosmetic attention.
Purists however might prefer an oily rag condition to a high gloss finish.