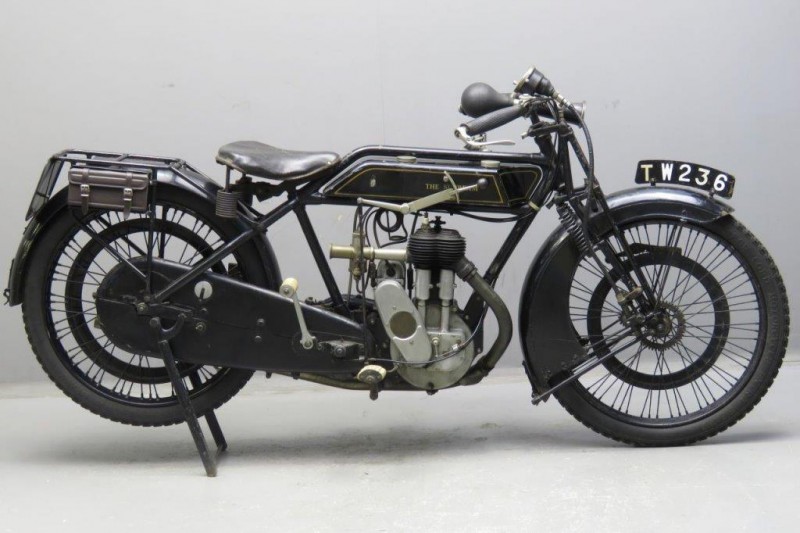 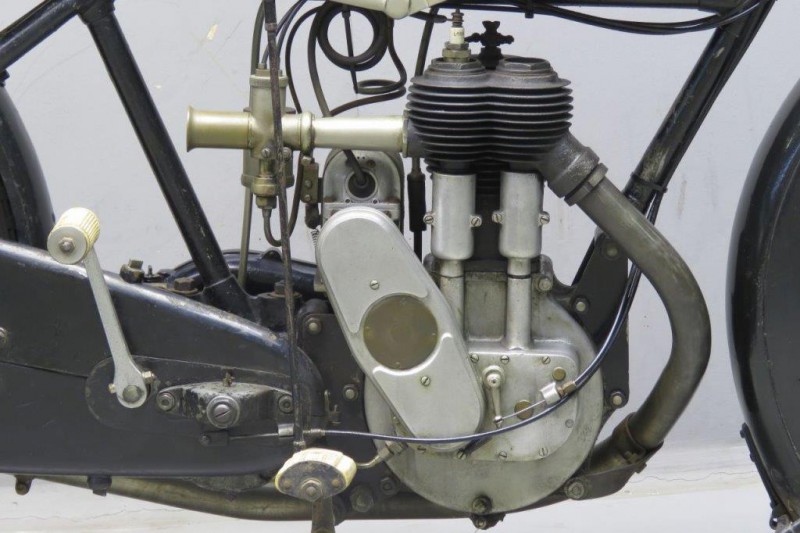 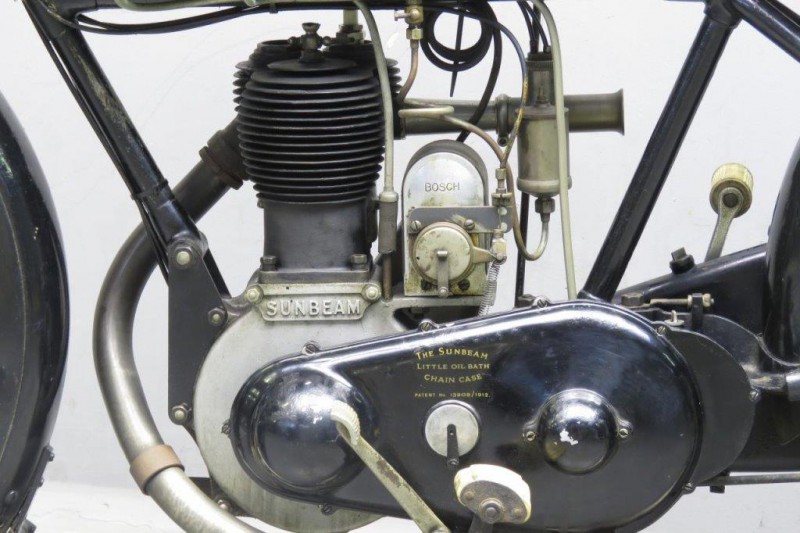 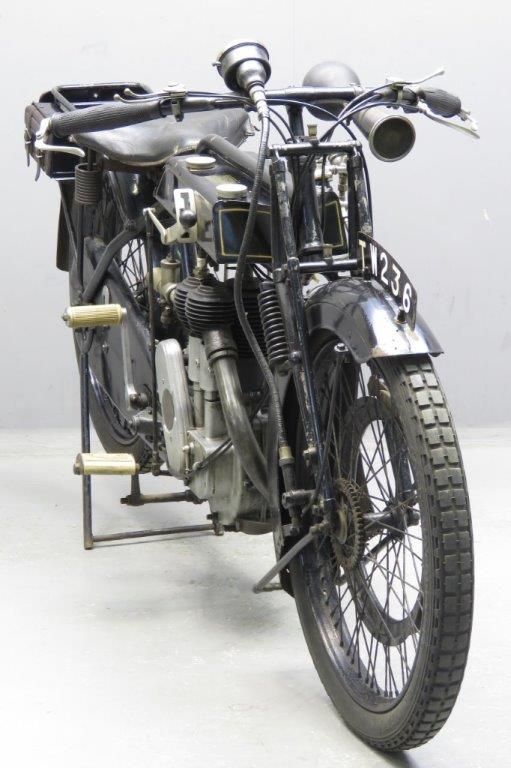 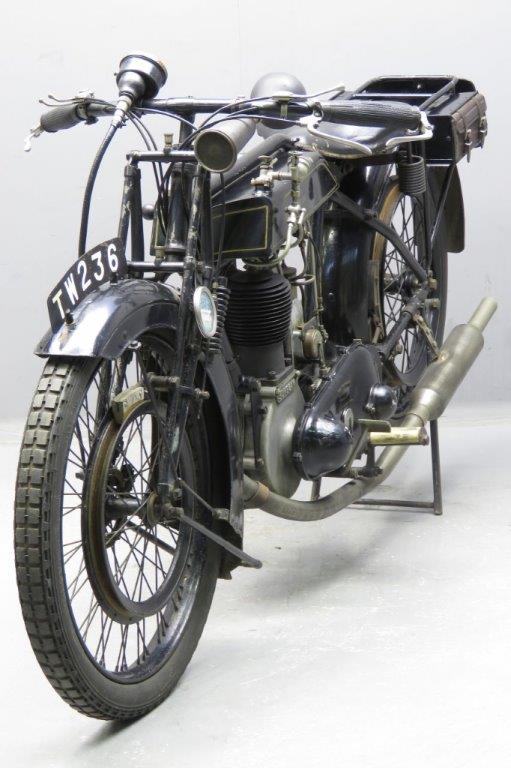 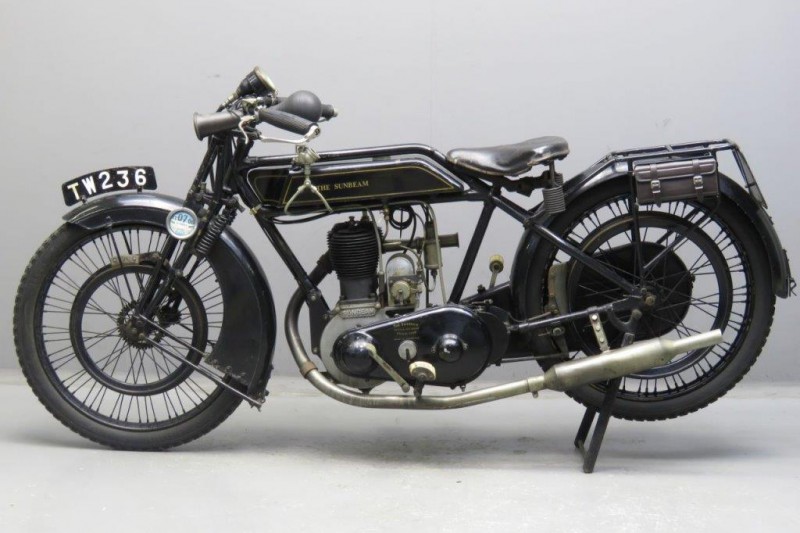 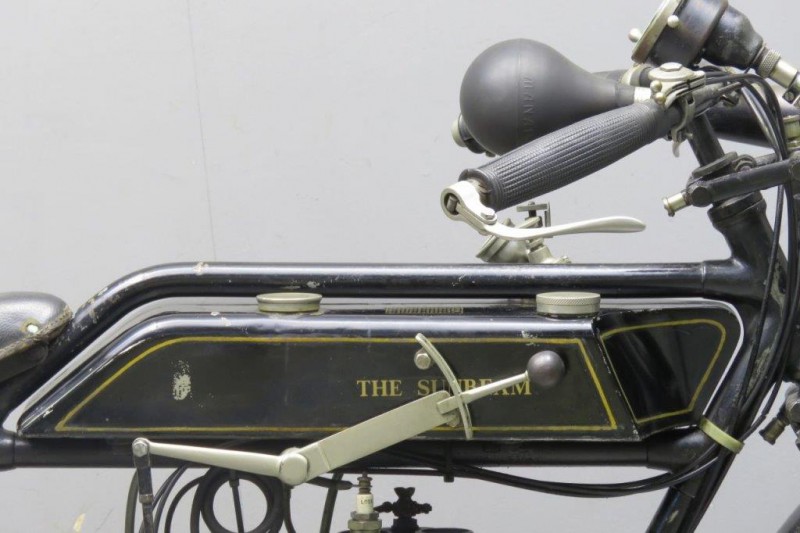 Although vintage Sunbeam side valve machines of the mid-twenties  look very much the same to many people, there were actually three different  500cc models; the standard 85×88 machine was marketed as an all purpose machine and was suitable for sidecar work.
The “light Solo” had the same engine dimensions but sports handlebars and footrests instead of footboards.
The reciprocating engine parts were lighter than those of the standard model and the compression was  higher.
Furthermore   special cams were fitted, all this resulting in a  more powerful  engine.
The 1924 catalogue referred to the model 5 as   “ The sportman’s machine ”.
For the real speed lover there was the  super sports “Longstroke,” with engine dimensions of 79×105.5 mm.

This gentleman’s machine has been restored a number of years ago.
It  has fully enclosed chains and is fitted with Watford speedometer and P&H bulb horn.
It was first registered in October 1925 and has been  in single ownership for more than fifty years.