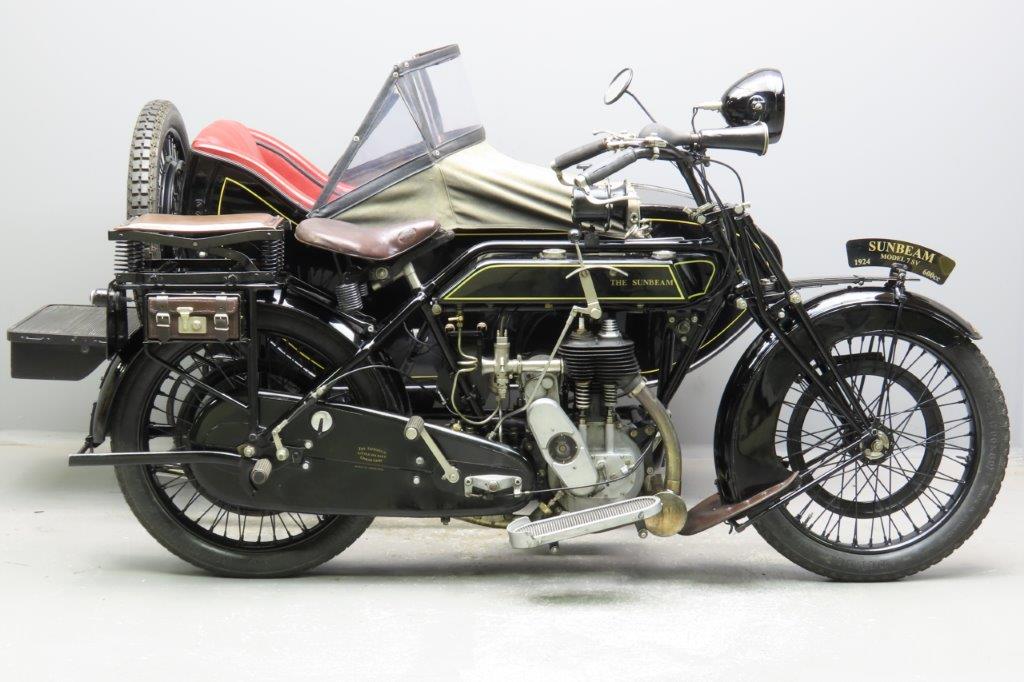 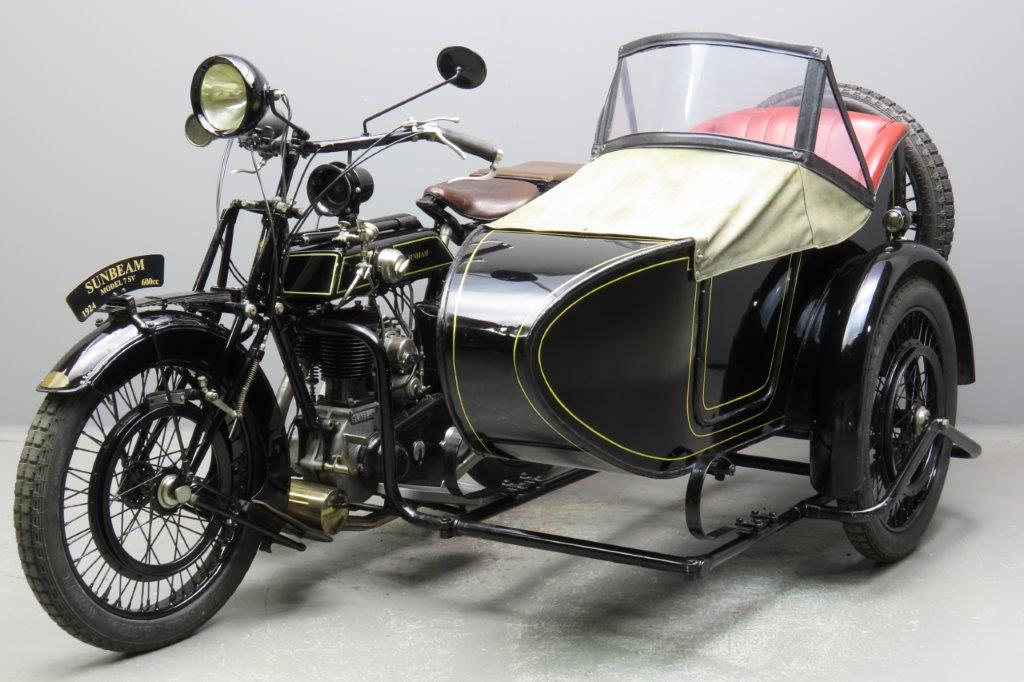 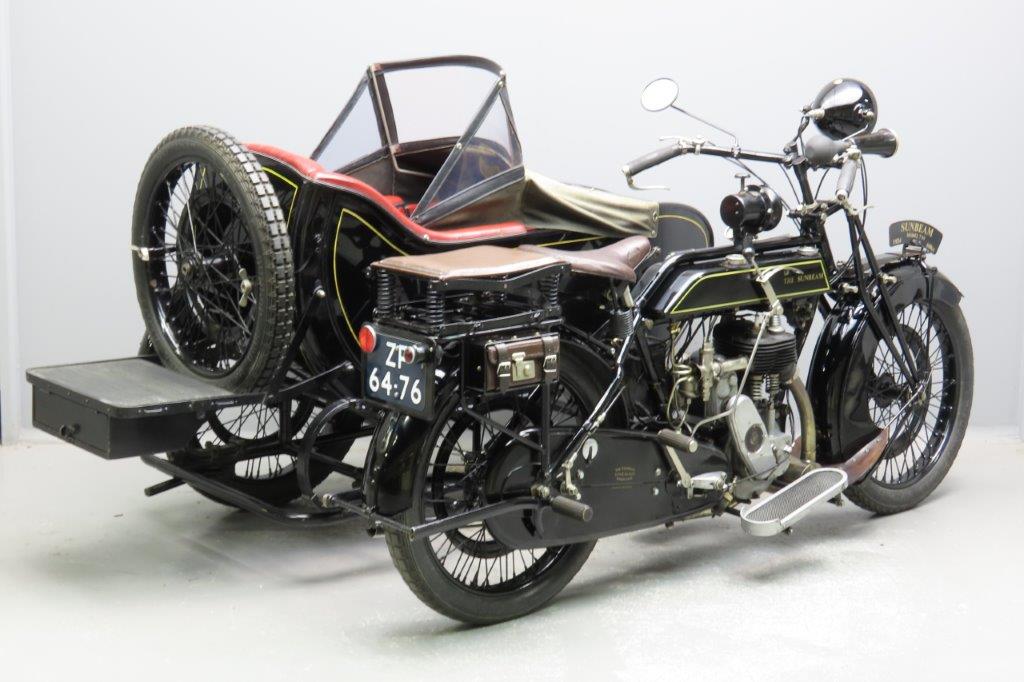 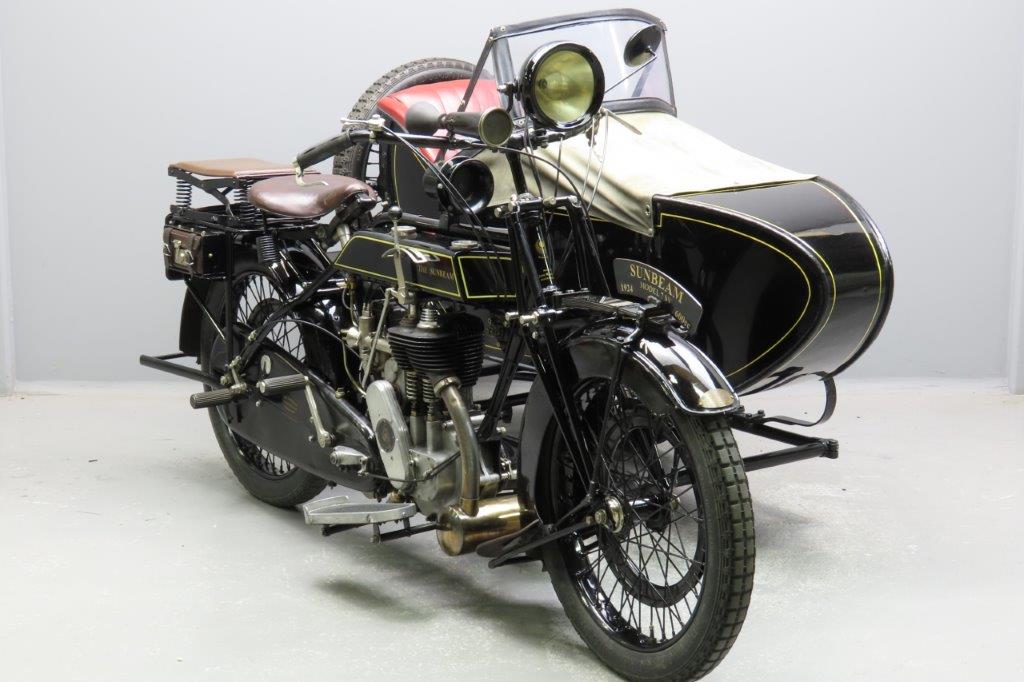 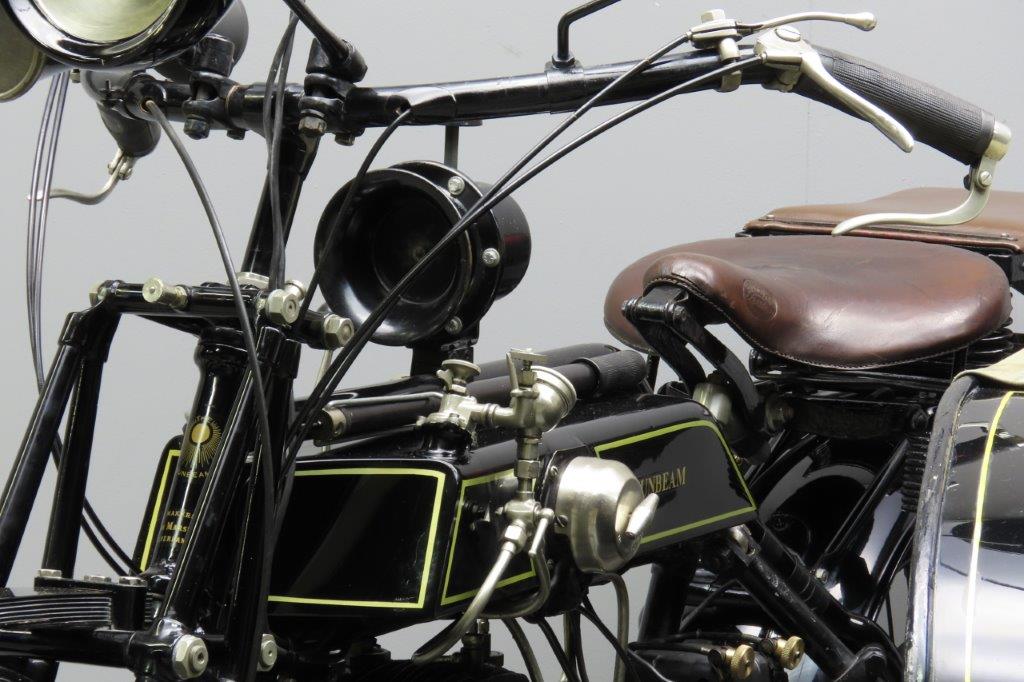 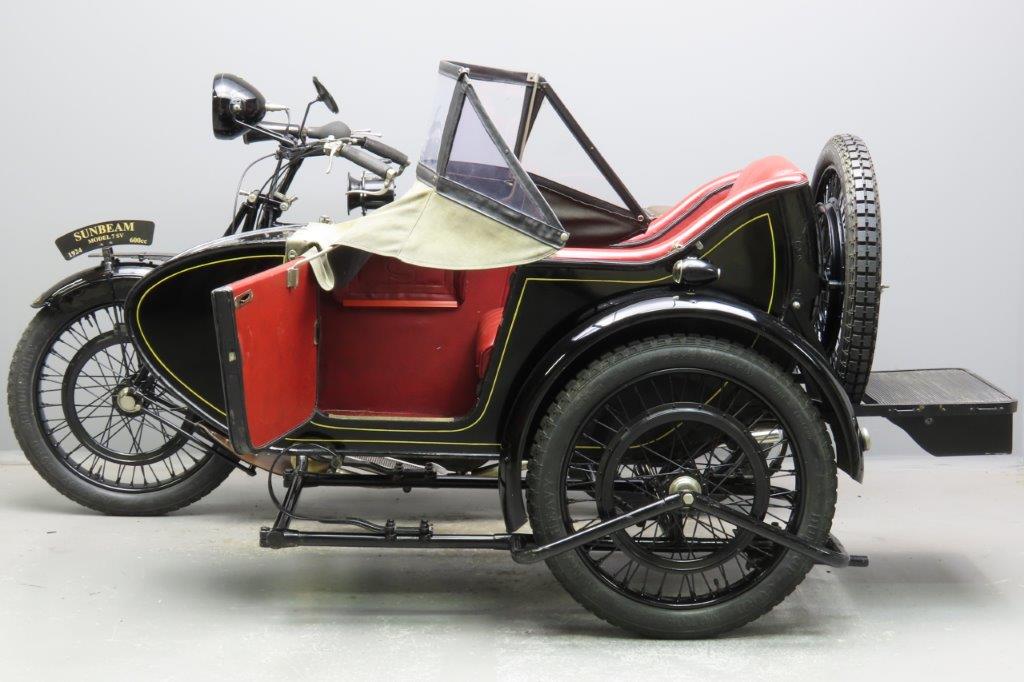 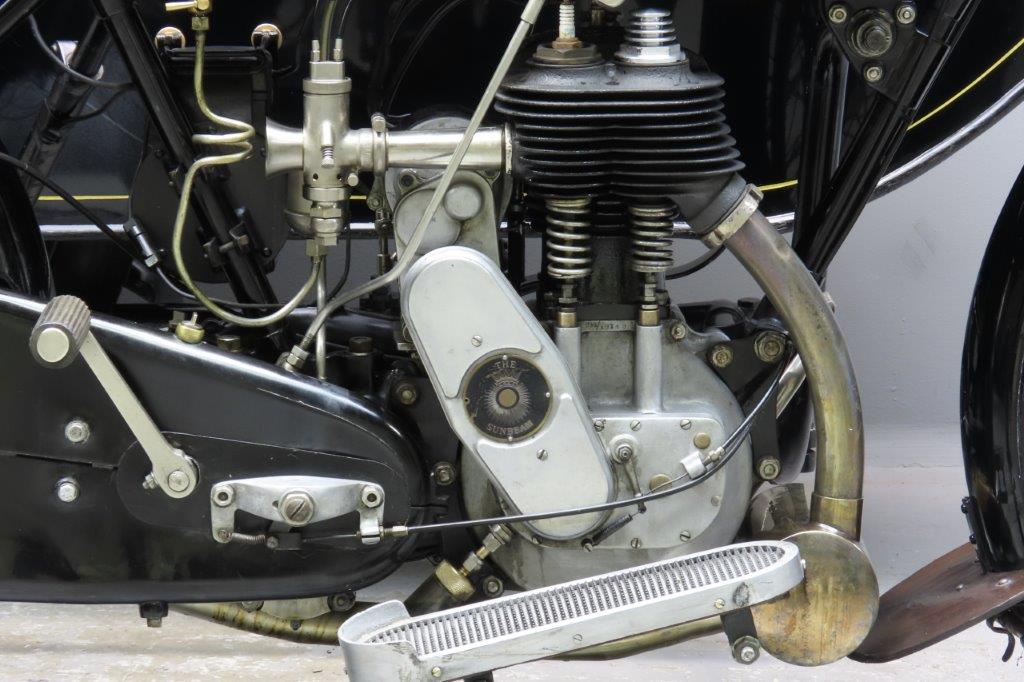 By the 1920s the Sunbeam motorcycles made by John Marston Ltd. at their factory complex ‘Sunbeamland’, Wolverhampton, were generally acknowledged to be the highest quality machines available.
The factory maintained an active and very successful competition department under George Dance.
The most expensive machine in their range was nominally the JAP-engined 8hp, though this was only to special order even then, being dropped for 1925.
The effective top-of-the-range Sunbeam was the 599cc 4¼hp Sunbeam Motor Bicycle’ priced at 115 Guineas.
In addition, the maker’s No. 1 Sidecar and chassis represented an additional 35 Guineas (the price for ‘The Gentleman’s Motor Bicycle’ was never quoted in mere pounds!).
This formidable amount, over a year’s wages for most people, reflected the sheer quality of the construction and its finish in black enamel with 22ct. gold-leaf lining.
It also ensured that relatively few were sold, making any survivors very rare.
With a powerful side-valve single-cylinder engine, to designer John Greenwood’s classic layout, this maker’s combination featured three speeds and chain-drive enclosed in Sunbeam’s characteristic ‘Little Oil-bath’ chain-cases, as well as a luxurious, coach-built sidecar with fully interchangeable wheels.
Perhaps surprisingly, the 4¼ was very successful in long-distance trials.
This combination was first registered on February, 26 1924 as PU1917.
She was rescued in 1965 from a yard in the Black Country, England by Sunbeam enthusiast and historian Bob Cordon Champ.
The machine was in very faded but absolutely complete condition, it had been utilized for general goods transport as a ‘float’ with the sidecar chassis planked over.
Luckily, the original Sunbeam sidecar body had been stored under cover.
Photographs of the unrestored machine after discovery are available.
The combination is an older restoration and has been cherished by its owners: she’s in excellent condition.
She comes complete with electric lighting, spare interchangeable wheel, Klaxon push horn, Miller “No.204” bulb horn and comfortable Tan-Sad pillion seat.
This high quality Sunbeam is an ideal vintage rally contender, she only needs an enthusiastic rider and passenger(s).