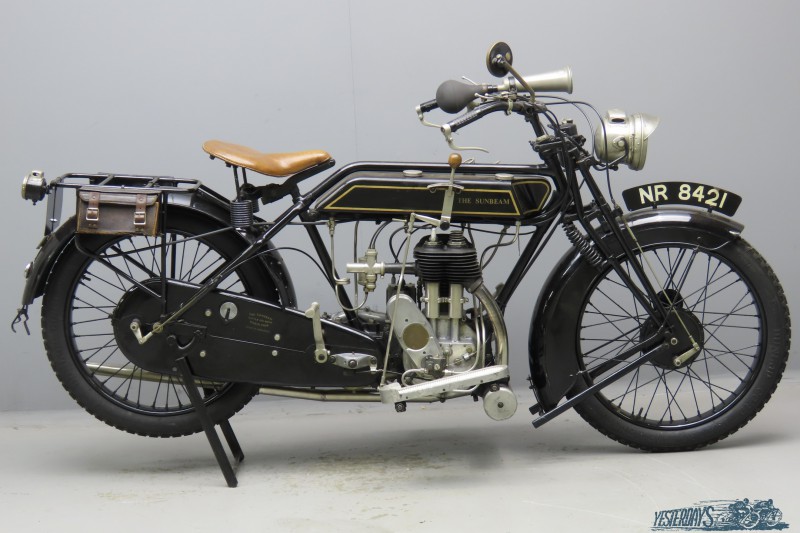 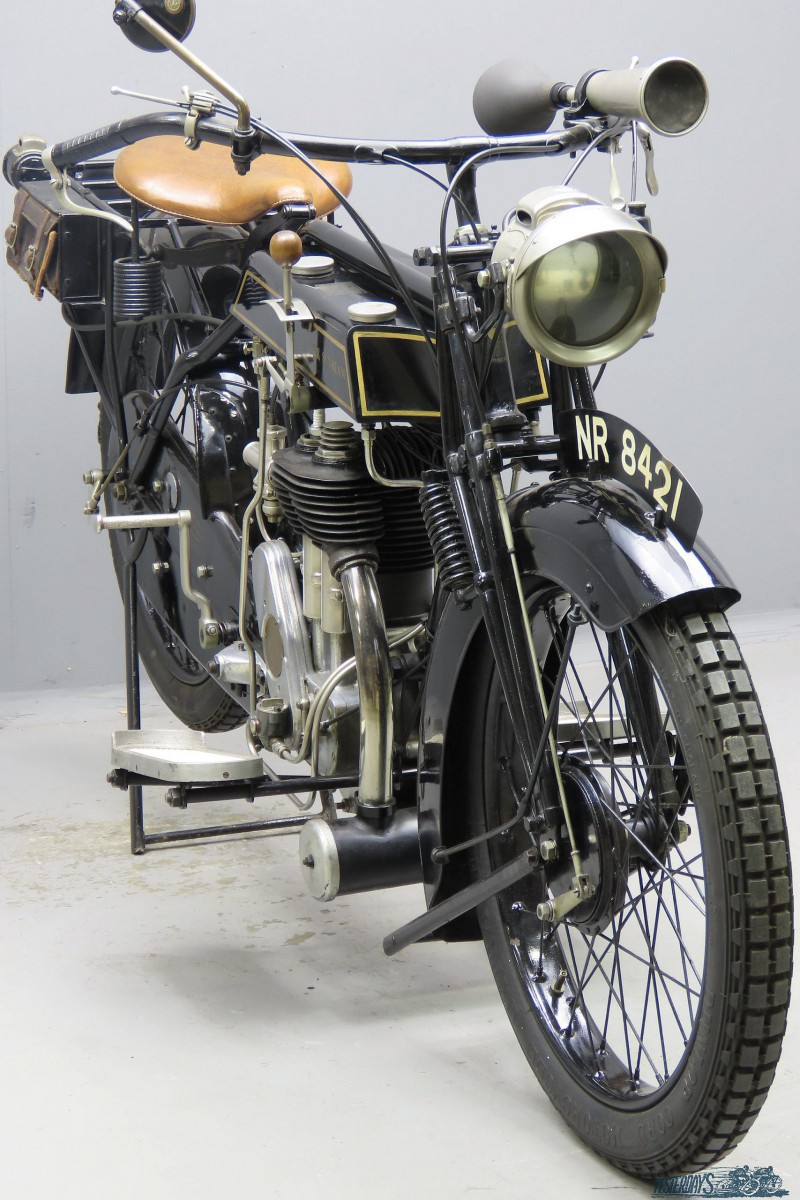 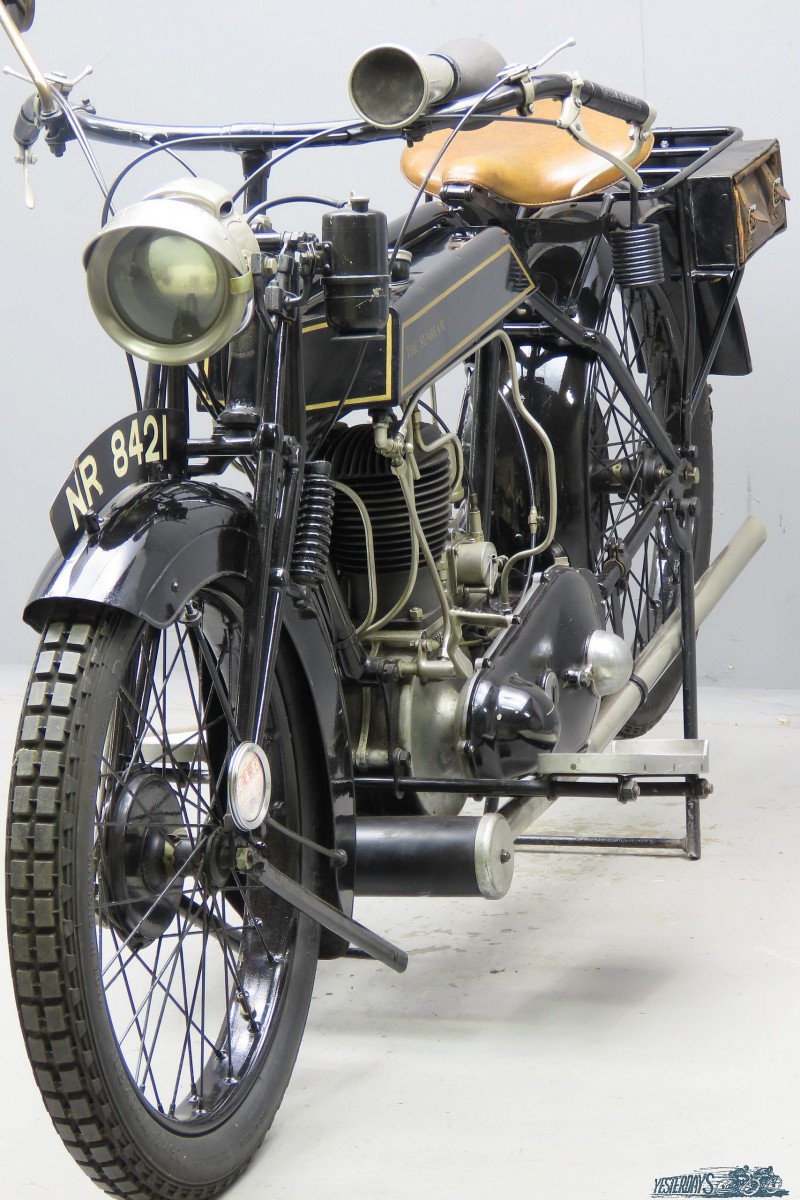 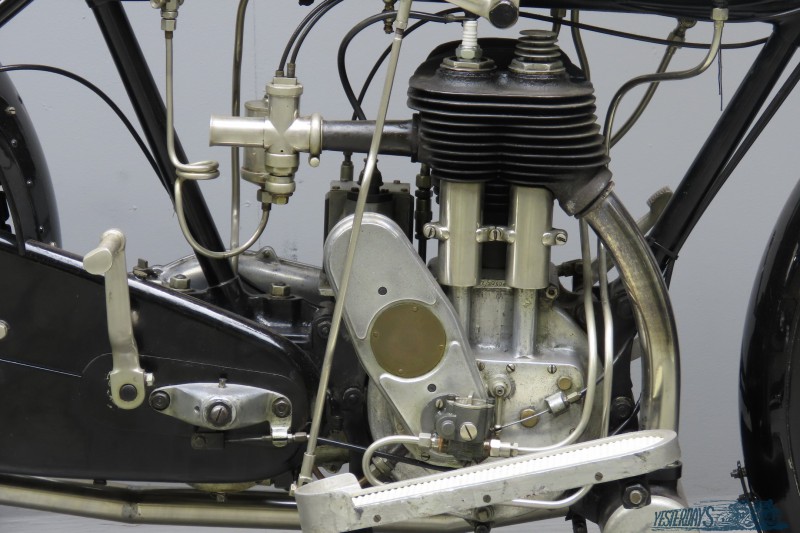 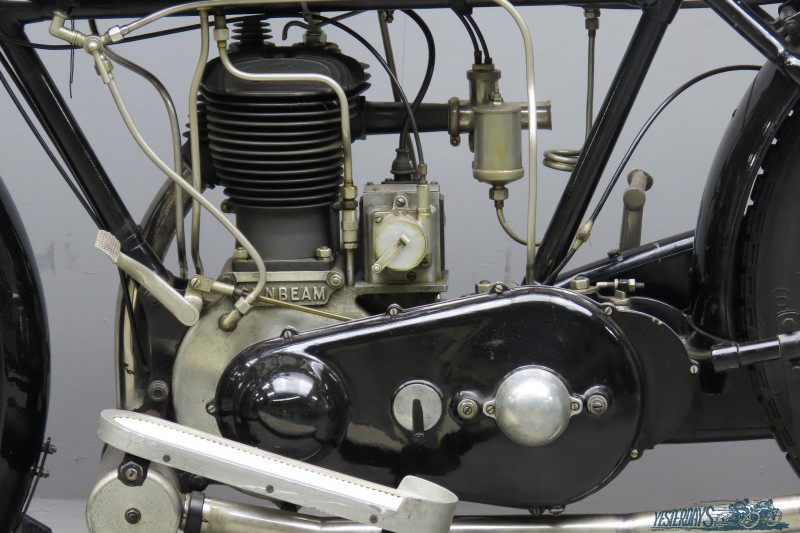 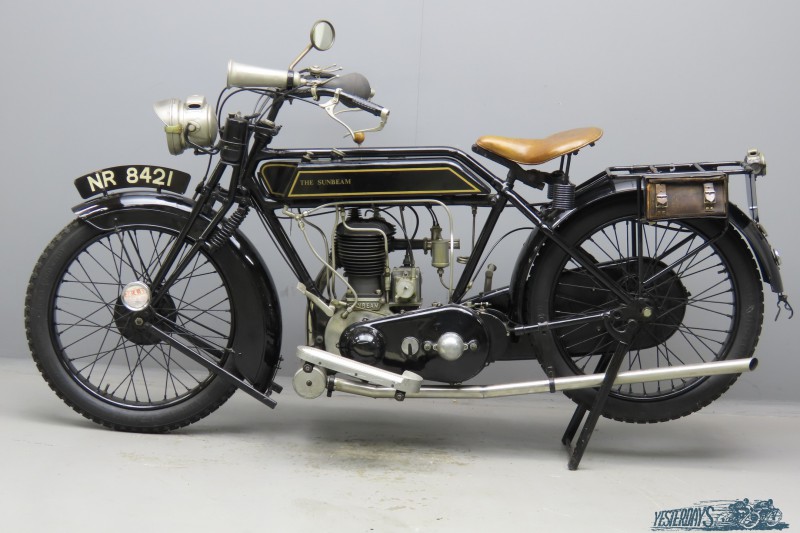 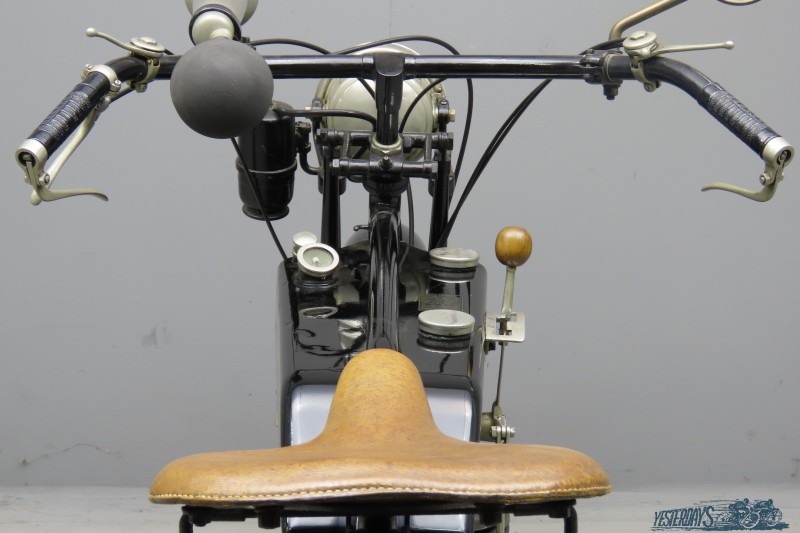 The Wolverhampton based firm of John Marston Ltd. earned fame for their superb bicycles at the end of the 19th and beginning of the 20th century.  In 1912 their first motorcycle was presented.  It was equipped with a  2 ¾  hp engine designed by Harry Stevens, one of the talented family of Stevenses later to found their own company not far from Sunbeamland. Stevens acted as a consultant to Marstons and designed a  conventional 349 cc side valve single, with two-speed transmission and forward  placed magneto.  Further development of engine and cycle parts was then taken over by John Greenwood, a highly competent engineer and rider, who came with the firm in 1912 and remained at Sunbeamland for the rest of his working life, designing almost every Sunbeam motorcycle.  Greenwood ( who had previously designed the Rover3 ½ HP engine) altered the Stevens design in that he moved the magneto to the position behind the cylinder. In general motorcycle design and manufacture was carried out according to the standards set for the Sunbeam bicycles: elegance, silence in operation, reliability and impeccable finish were the keywords.  At the end of 1913 a 3 ½ HP model  (85x88mm) was launched, a model that would make the Sunbeam name world famous.

Nickel plating on Sunbeams was kept to a minimum, almost all parts were enameled black.  The enamel was of outstanding quality, as witnessed by many vintage Sunbeams still having their first finish… The whole machine followed John Marston’s dictum of the best possible quality allied to the best possible specification.  Both front and rear chains run in an oil bath to keep chain maintenance and wear to a minimum. The “Model 4” was  a more powerful version of the  ‘all purpose “  Model 3  and was  suitable for both solo and sidecar work.  The Model 4 had the same 85 mm bore as the Model 3, but a stroke of 105.5 mm. Practical improvements  from model year 1925 were internal expanding brakes on both wheels and an external mechanical oil pump. The machine we present has been restored a number of years ago. It must have been a machine that hadn’t seen too much use, judging from the almost unworn condition of the footbrake lever surface pattern. The original registration number with “NR” prefix  was issued in Leicestershire between 1921 and 1927.   This well running  sunbeam is very complete with Lucas acetylene lighting system, bulb horn and rear view mirror.