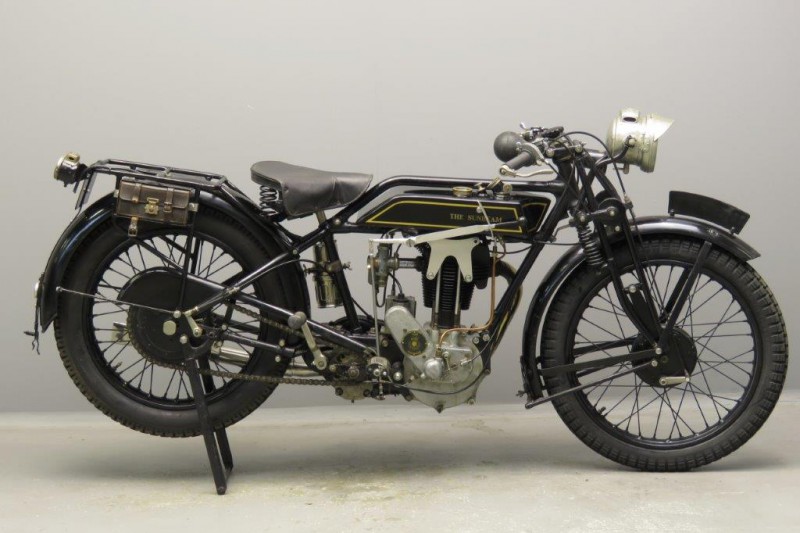 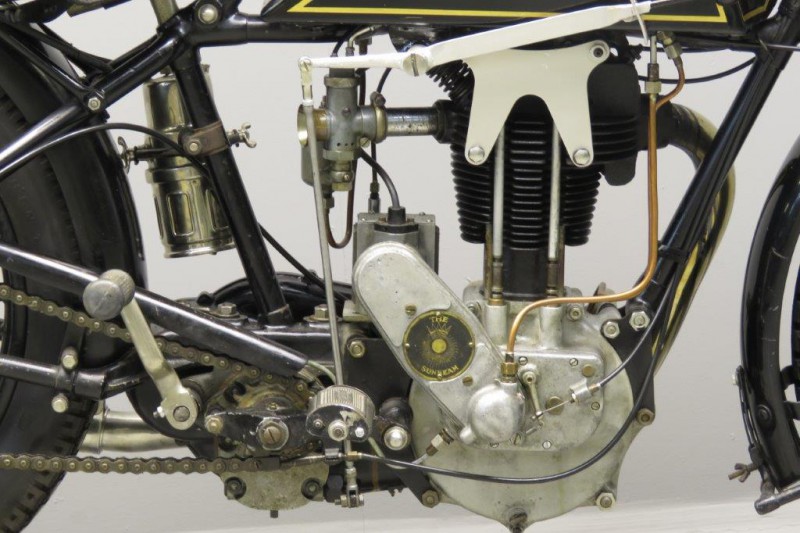 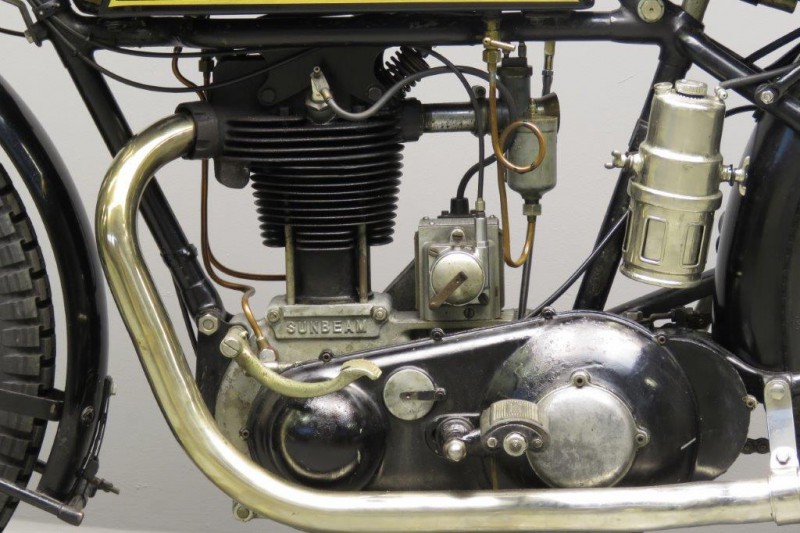 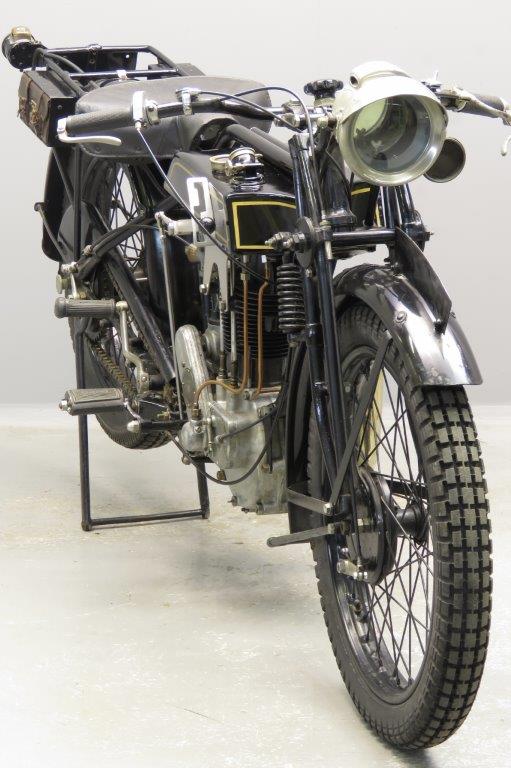 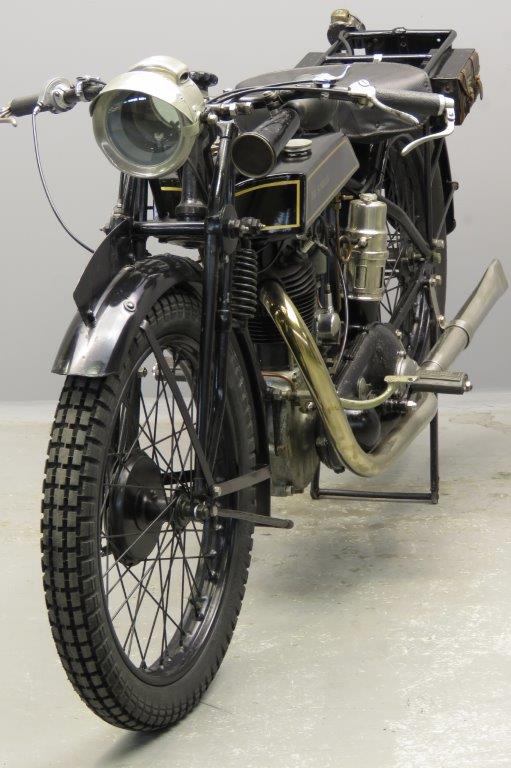 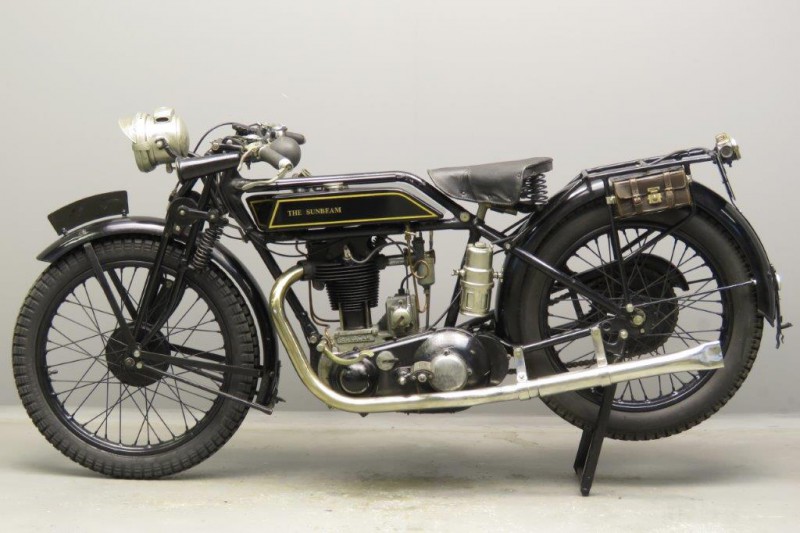 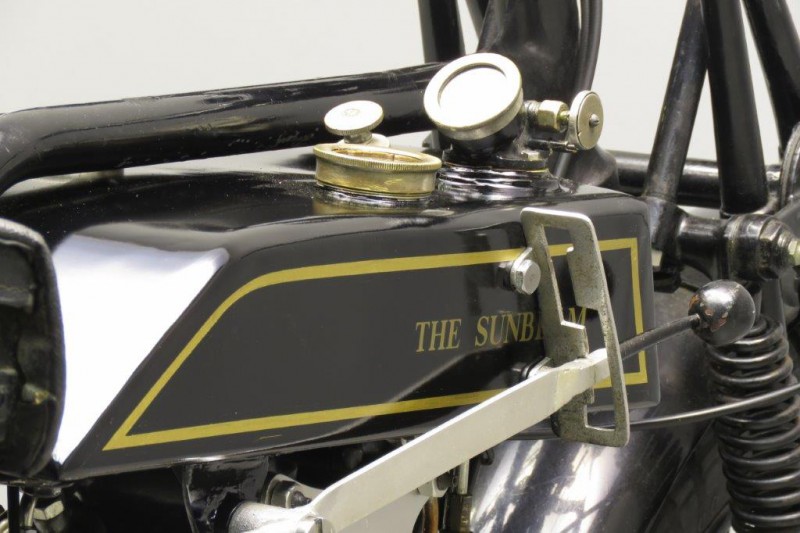 Sunbeam had begun experimenting with overhead valves on their factory racers in the early 1920s and these duly appeared on production models in 1924.
The new 500 roadster was known as the Model 9 while its race bike counterpart, which could top 90mph, was accordingly designated the Model 90.
The 350cc versions were the Model 8 and Model 80 respectively.
The John Greenwood design was advanced for its day, with a specification which included a crankshaft supported by three ball-bearings, dry-sump lubrication, and primary drive enclosed in an cast alloy chaincase.
Power was transmitted by single-row chain to a three-speed, ‘cross-over drive’ gearbox with offside power take off.
The model 8 with bore/stroke dimensions of 70×90 mm was an excellent sporty tourer, but stayed somewhat in the shadow of its more glamorous big Model 9 brother.
1928 was the last year that Sunbeams had flat tanks.
New features for that year were a detachable back wheel and new types of oil pump and silencer.
This high-quality sports tourer has been restored a number of years ago and comes complete with Lucas acetylene lighting system and bulb horn.