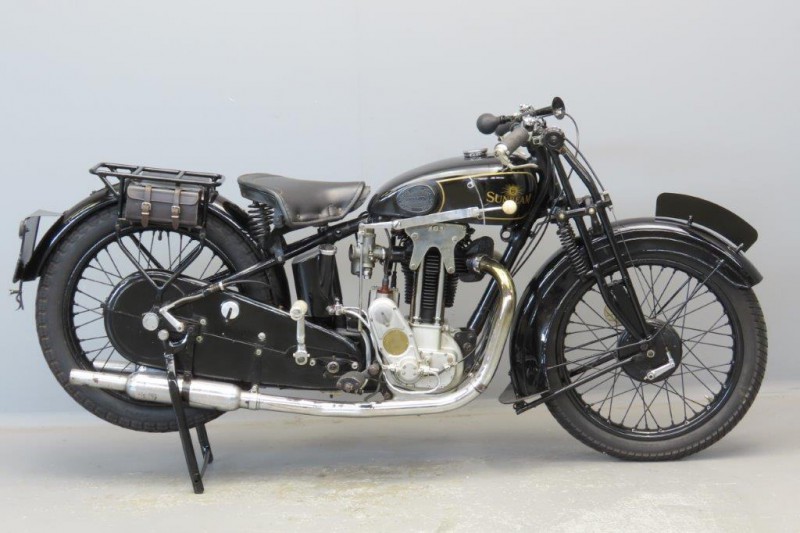 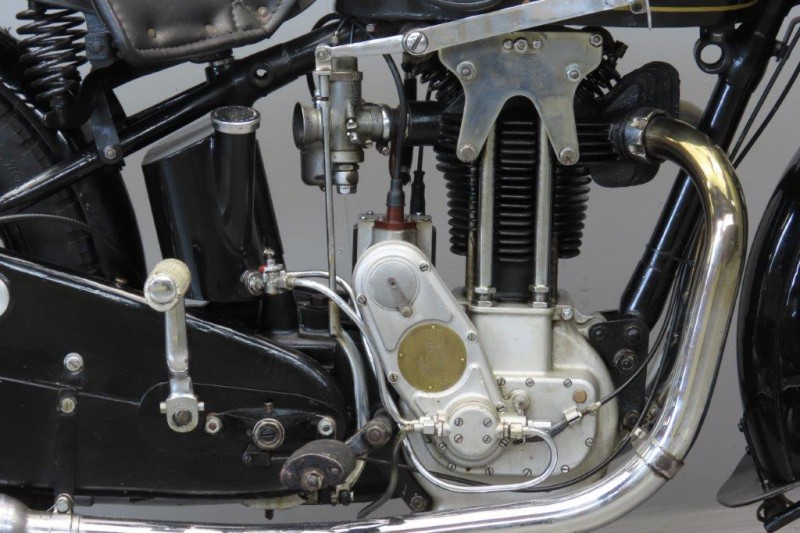 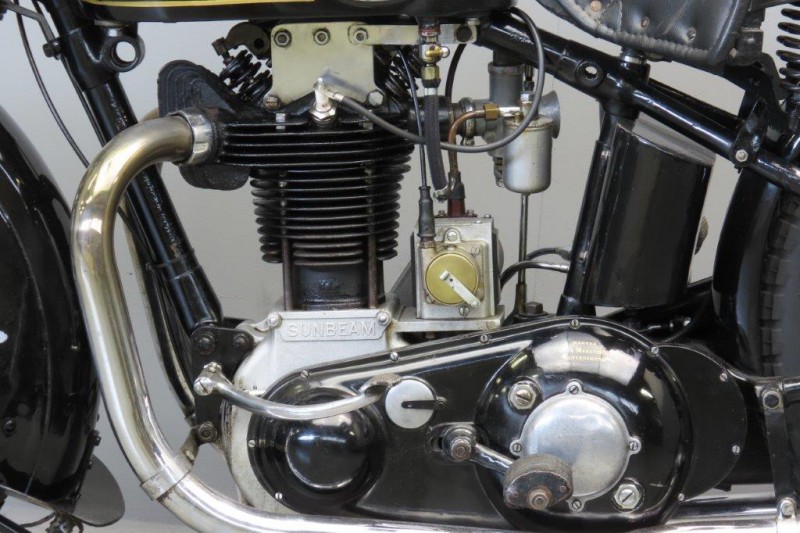 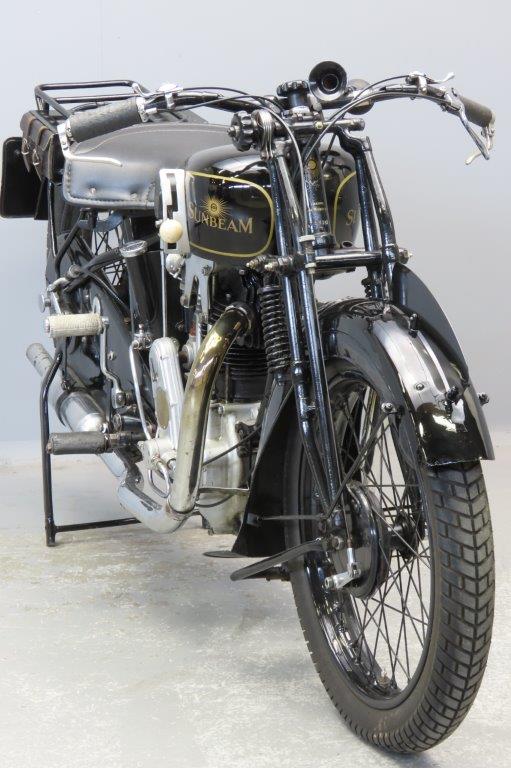 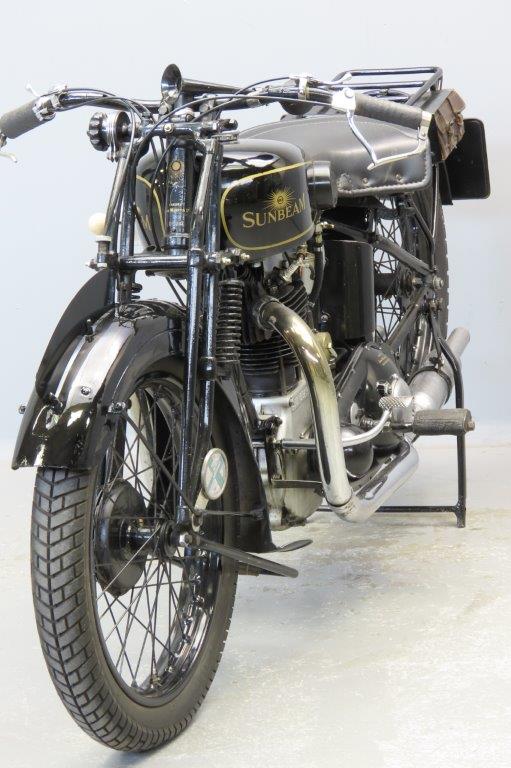 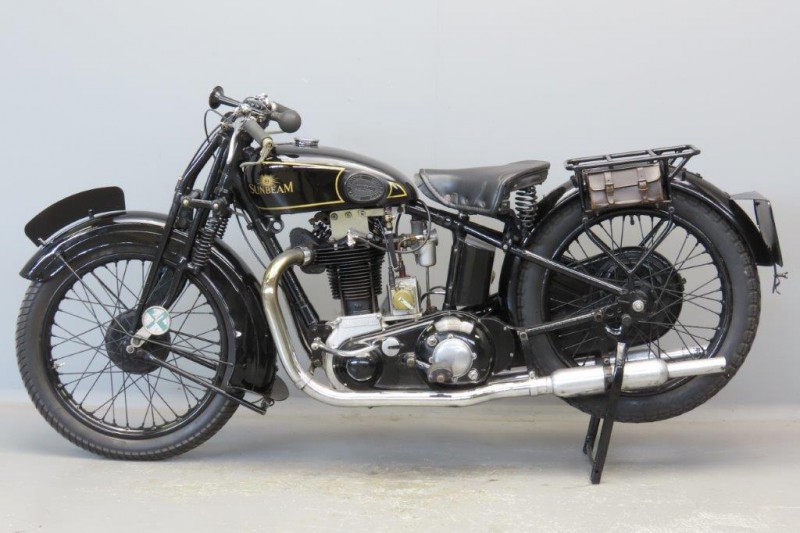 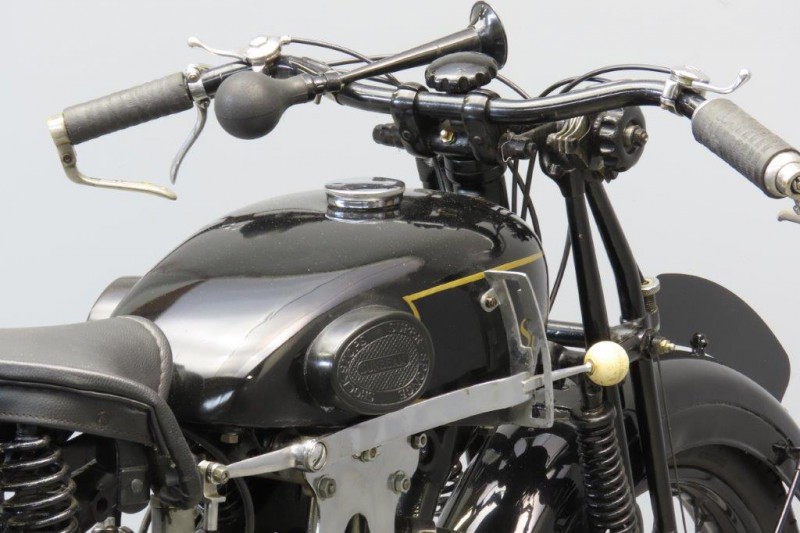 The first OHV production Sunbeams were listed as the model 8 (350cc) and 9 (500cc) in 1924.
The model 8 with bore/stroke dimensions of 70×90 mm was an excellent sporty tourer, but stayed somewhat in the shadow of its more glamorous big brother, the 80×98 mm Model 9, which stayed in production till 1939.
From 1932 on a 600 cc version ( Model 9A) was marketed , with engine dimensions of 88×98 mm, giving 599 cc.
For model year 1929 the appearance of Sunbeam machines changed completely because the firm had finally decided to adopt a saddle tank.
Apart from that an entirely new frame was designed. Further refinements were enclosed pushrods and valve gear on the OHV units.
The clutch was also modernised, it got six springs instead of the single central spring that was used in previous years.
Because of this 1929 update there were hardly any changes in specifications for 1930.
Sales of the fast and reliable Model 9 were stimulated by racing successes: in 1929 Sunbeams were almost unbeatable on the tracks and won, among many other victories, the GP in France, Germany, Belgium, Austria, Hungary and Italy.
This well-sorted two-port sports tourer comes complete with steering damper and practical oil bath rear chain case which was available as an extra for the price of four pounds and four shillings.